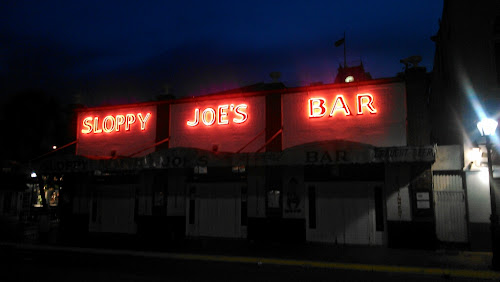 It's the iconic neon sign that says Key West to visitors who come looking for history and Hemingway and all those cliches that sell the Southernmost City. Because I live around here I tend not to see that which is under my nose every day, it's what we all do when we live someplace where other people like to visit. You get complacent which was the thought uppermost in my mind when Cheyenne and I found ourselves strolling Duval at six in the morning. 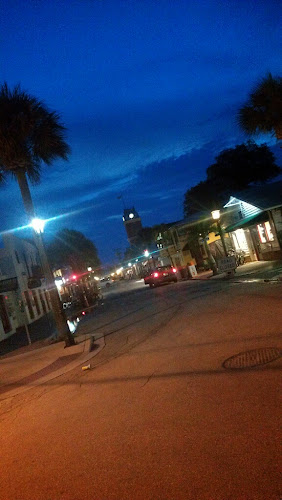 I am not much good at bar hopping, I'm not good at small talk, I get my etiquette muddled up and I don't like noise. I used to like the Porch until it got loud and popular so my idea of a drink is a pint at Finnegan's Wake a traditional Irish pub with a decent selection of draft beers. I have never had a drink a Sloppy Joes or Ricks though I have manged to sit at the counter once at Captain Tony's. I prefer the modern bright bar a Braza Leña on Caroline Street where you can get bottled beer only and a plate of Brazilian grilled meats. It's ironic that I could go daily to bars that visitors look forward to visiting as a vacation treat. 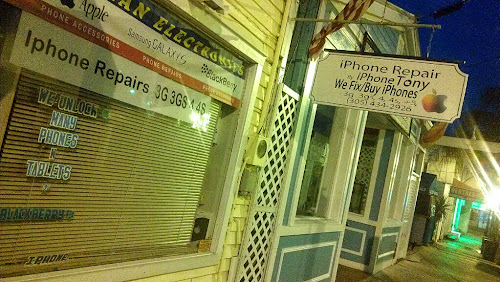 I'm not a shopper and find myself astonished when I come across shops I've never heard of, like the iPhone repair shop above. At work, if I didn't have a computer with all the Key West businesses listed I'd be lost trying to figure out where many of these little Old Town businesses operate. 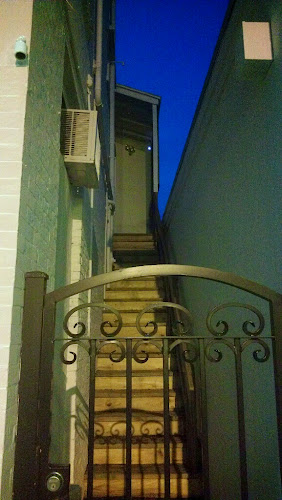 To me Key West is the best walking town in the world. I love the secret corners of this town, the stairs to somewhere, the alleys and pathways, the profusion of plants and the funny little signs. 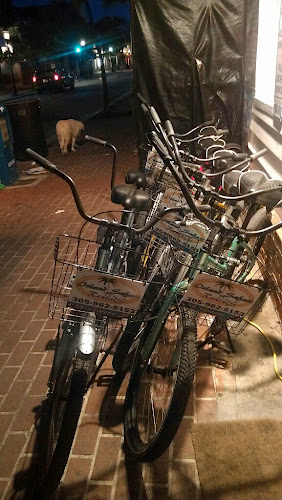 They are all the oldest bars of somewhere as though age invested them with value. The funny thing is this place started out as Hemingway's bar and when Sloppy Joe had a falling out with the landlord he moved to a new bar that he named aft himself and that became Hemingway's favorite bar. They tell the story over and over and the bars all claim Hemingway's patronage. They sell beer in nasty plastic cups and sell trifles as souvenirs and everyone's happy. They don't miss me! 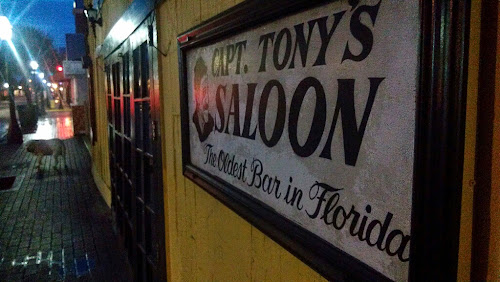 A couple of hours ago these streets were packed with revelers seeking out the Key West that sells itself so well. By the time the pink Crocs got on the scene everyone was off home sleeping it off and the janitors and cleaners and the happy Labrador had the place to themselves. 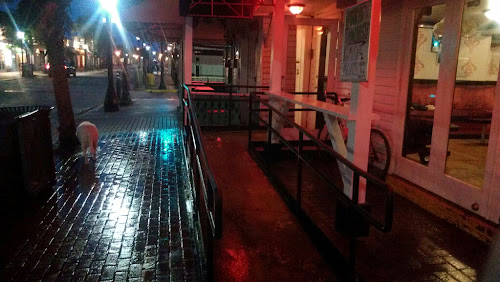 It was surprisingly cool for July after a lot of wind and rain had blown through and taken away the heat and humidity. I enjoyed myself doing nothing much more than trailing around after my dog who was in morning after heaven. 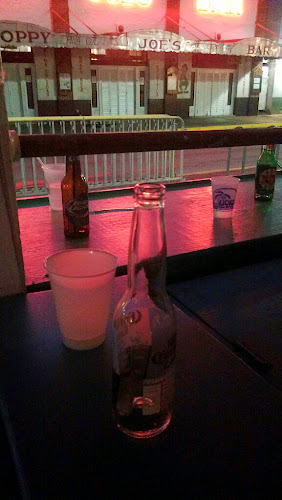 An hour after I passed through here the city's public works team had the place spic and span and ready for another day of frolicking. 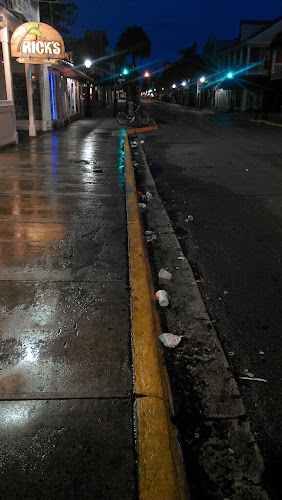 Check this line of trash cans...do you suppose there are enough? Cheyenne was over the moon. 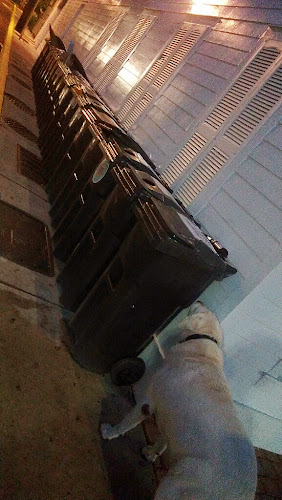 Flooding is a constant in Key West when summer dumps on the city and Charles Street got its share of puddles. 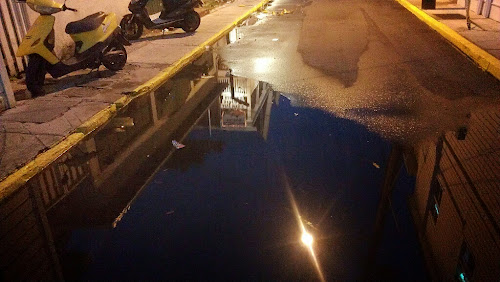 Smokin' Tuna has been around for a while on Charles Street and that's always a good sign. Colombian Grace, the newer restaurant on Petronia Street has gone and yet Salsa Loca, a Mexican joint with apparently no fixed address will not die, as it's now re-appearing on Petronia Street. I have no idea how people can start businesses in this economy and far less how they keep it going, but happily optimists abound. 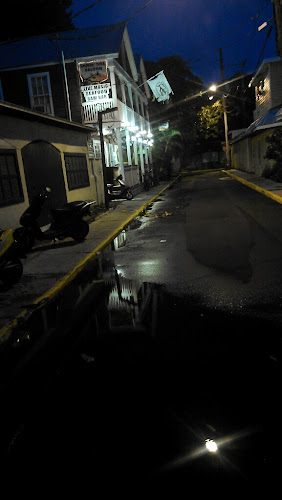 Chickens are everywhere and they love to get their pictures taken. Like Hemingway the chickens are part of the history and myth of this town. Hemingway loved his home above Havana, Finca Vigia, "Overlook Farm" but put in ten years in Key west fishing writing and traveling. I may be wrong but I don't think Key West today would attract the great man. 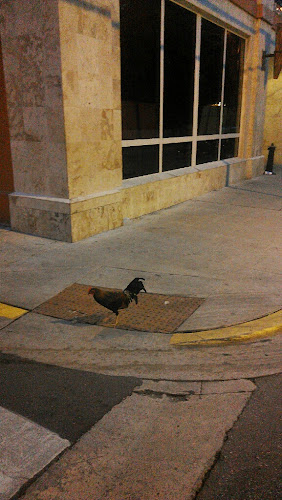 Myth or reality? Who cares. Visitors come to get away and the same can be said of those of us who choose to live here. 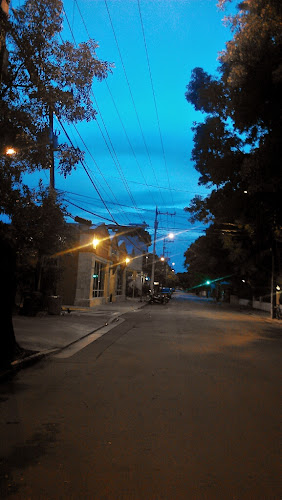 My Key West is best before sunrise. Yours is yours to figure out, chickens and all.