Whoever who have thunk that Key West would be fertile ground for South African food? This is a town that won't support an Indian eatery, yet now finds itself offered an eatery that means Yes, we are in told in Zulu. A brief internet search yields a number of businesses in South Africa called Yebo, and other eateries in the US by the same name. And yet here we are on Angela Street by Duval. 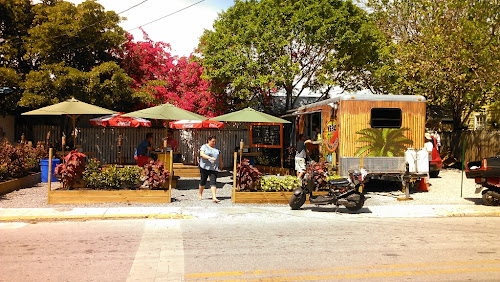 The menu at first glance looks normal enough for the third food truck we find in our fair city. Tacos and burritos, wrapped or in a bowl, sandwiches and...take a second look, a few special items. 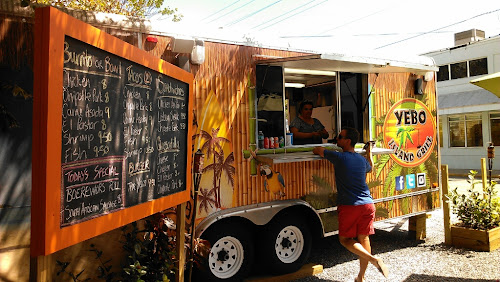 South African sausage or a Bunny Chow. That's a provocative name in a country where bunnies are pets and not food, at least outside Appalachia. But fear not middle class citizens, a Bunny Chow is merely South African for a bread bowl in this case filled with curried chicken, born apparently from the harsh working conditions during apartheid - the "apartness" that required blacks and browns to eat on the run while waiting on whites while they played. 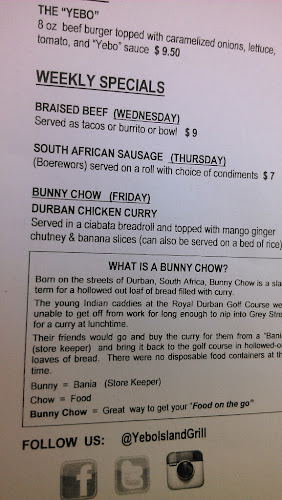 Helena is a South African of Portuguese parents who emigrated from Lisbon to the land of Bunny Chow and remarkable sausages. She likes what she foes and her husband a contractor is doing what he loves in this truck, and it shows. 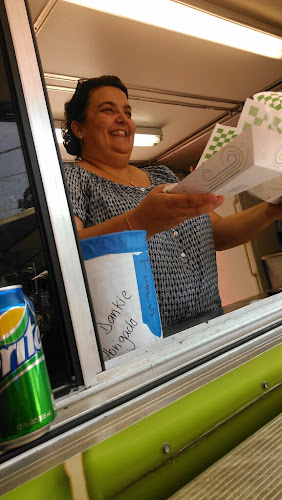 I ordered Boerwors which in Afrikaans literally means farmer's sausage and in South Africa is made of various meats and spices particularly coriander which imparts an earthy rich flavor. The curried chicken will be available today so who knows if I will be back for dinner as you read this! 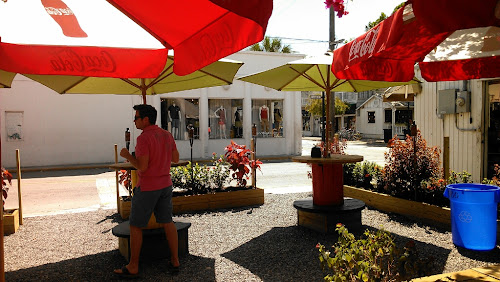 Here we see this Boer delicacy served with a tomato sauce just as the books say it usually is. I have never been to South Africa much though I have wanted to, so I have no idea how authentic this food is, but let me say it is delicious. I love sausage and am glad I had a chance to try out this new and different version. 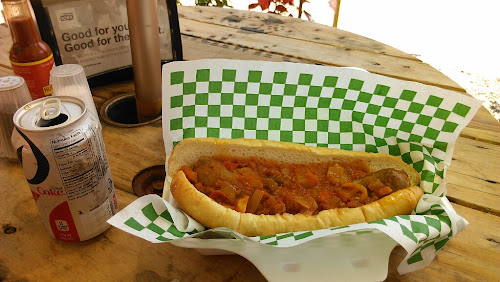 I was being closely observed as I investigated my South African sausage. I have to say I saved none for the intrusive rooster, nor did I take any back to Cheyenne waiting comfortably in the car. I did notice there were water bowls set out in this spic and span lot so I could have brought my pig in a fur coat. 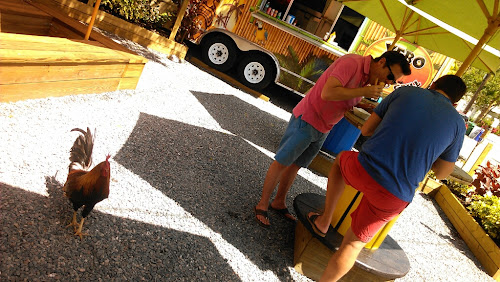 The sausage was remarkable. It had a crumbly consistency, and a rich flavor that came through the coriander, a mix of pork and beef. The tomato sauce was a delightful addition, fresh and light. No mustard, no ketchup needed. If I were a Boer I'd be back for seconds, authentic or not! 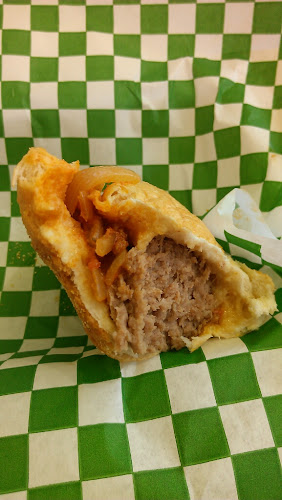 I am not much of a follower of fads, another reason I like living in Key West, but this food truck fashion is really something remarkable. I can only speak for myself but I am taking more pleasure from this kind of casual dining than I do from the stage set that is proper dining at a table with people waiting on me. Duval and Angela is a good place to come for food now. 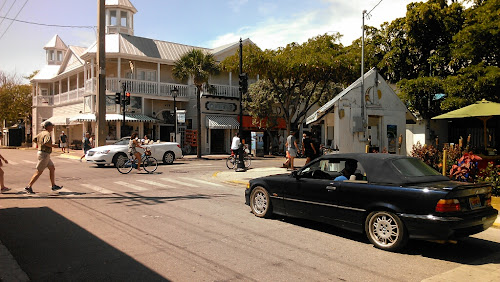 These three food trucks are bringing us food that is totally out of left field, unusual, casual and not expensive by modern standards. The five dollar lunch has given way in this century to the ten buck lunch. All three of these places are very worth while:

And then let's not forget the original ethnic cuisine, Cuban sandwiches sold all round town, burritos at Badboy Burrito on Simonton Street, New England seafood just round the corner from Yebo at DJ's Clam Shack and sandwiches developed in Seattle at Paseo on Eaton Street. Lots of interesting choices and no need to make a reservation.