Cheyenne On No Name Key

I  want to explore the backwoods of No Name Key but this is clearly not the right time of year as it's just too hot. That Cheyenne was willing to brave a 95 degree afternoon in the open air is testament to her determination to enjoy herself while she had me alone and compliant with her every whim. I took her to the end of No Name to explore the shady coastline. Not the Unknown No Name I desired to revisit. 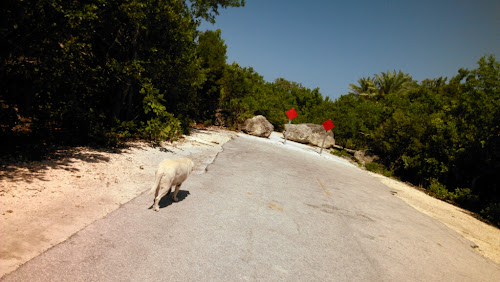 It has been so far a classic summer of oppressive heat which i rather enjoy, with respites in air conditioning and a cool dark bedroom to sleep in, punctuated by dramatic and sometimes violent thunderstorms with wind and rain and darkness in the middle of the day. The views over the waters have been flat and shiny, mirror-like all the way to the almost imperceptible horizon. 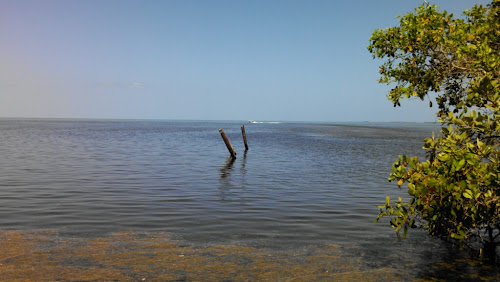 Not perhaps as breezy as she might have hoped... 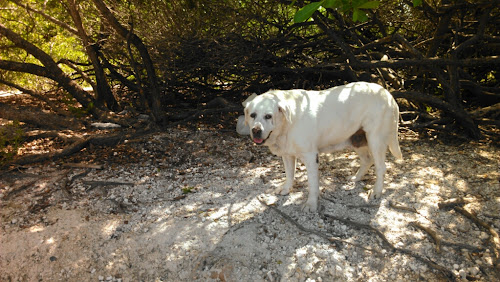 Even the puddles and mud were no relief for her. 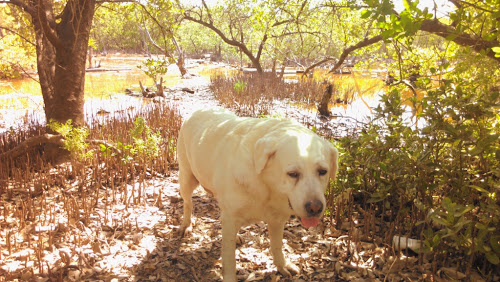 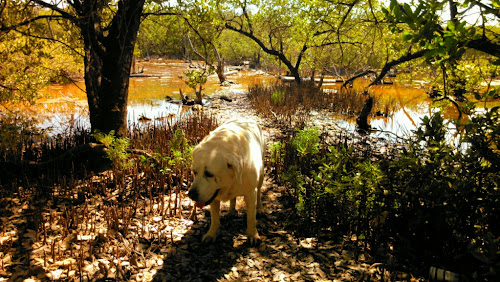 These shorelines are no great sandy enticement for most people but I like the gnarled mangrove roots, the sculptures of trees that could not survive, shiny and gray and reaching into the blue sky. 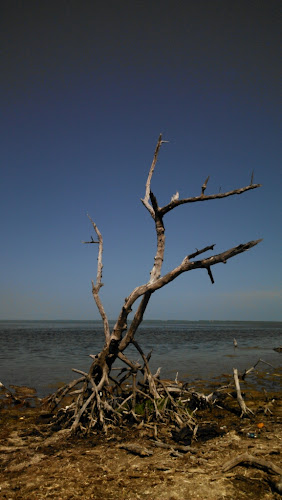 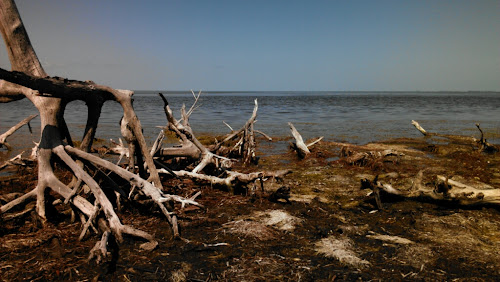 But if I get too busy with my camera and herself gets bored she has a tendency to come and round me up. 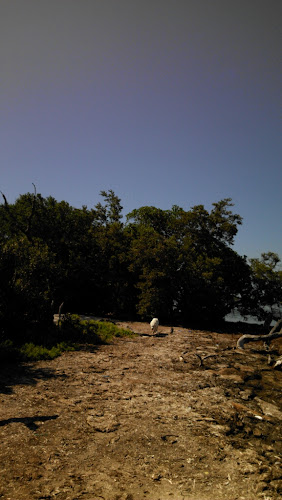 Time for one more quick one, mangrove and dead seaweed. 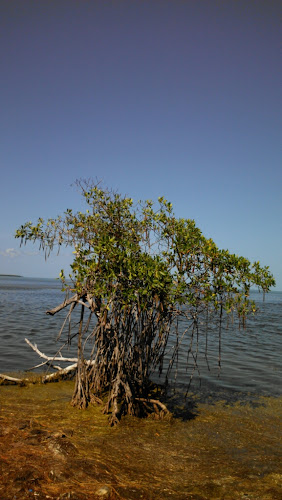 There are large, ankle breaking holes everywhere, inhabited by the hardest creatures to photograph: extremely shy land crabs that wave their claws at your puny lense and with perfect timing scuttle out of sight before the shutter does it's thing. Nice hole though. 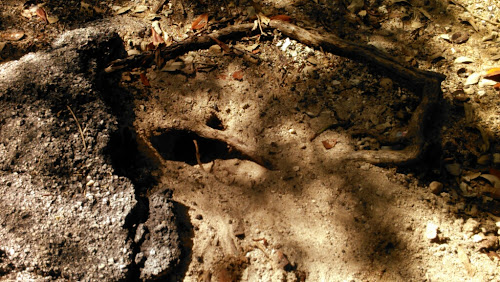 Not a long walk, no great action, alone until a car came barreling to the end of the road, pulled a u-turn, as you do in the Keys inevitably, and drove back up the road presumably looking for Key deer wandering in the heat of the day. This is where you come if you want to see Key deer, though we saw none this time. 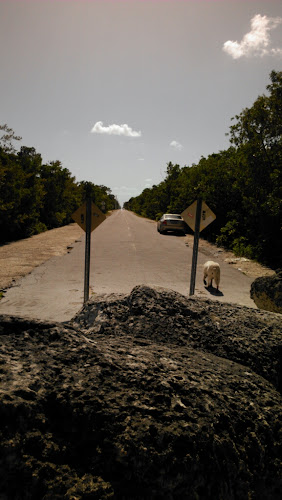 You would think electrification has come to No Name Key. Actually not yet as far as I know are the lines buzzing with electrons as the process seems to have got held up in the courts. Certainly it hasn't been in the headlines lately. The debate goes on. 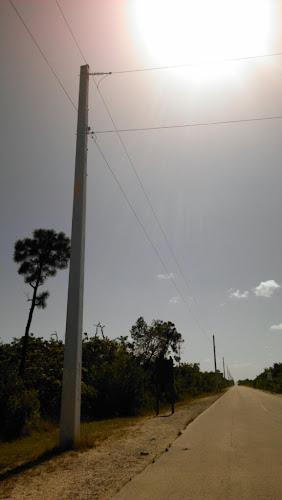 There are new Wildlife Refuge signs  reminding people not to feed the key deer, but aside from the power poles not much has changed here, at least visibly. No Name Key was the place where Cubans trained for the Bay of Pigs attack, but the other claim to fame is the pub which is actually on Big Pine Key. 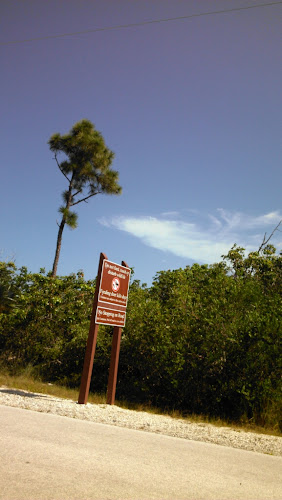 I did not stop here this time but went home to a salad or something equally easy and uninteresting.