I made  a promise when I left the hospital after three months and I made it to the nurses who looked after me, and the therapists who repaired me, and the surgeon, Doctor Quinnan who spent hours sewing my pelvis back together. The promise was that if I survived the ordeal I would life a life worth living. 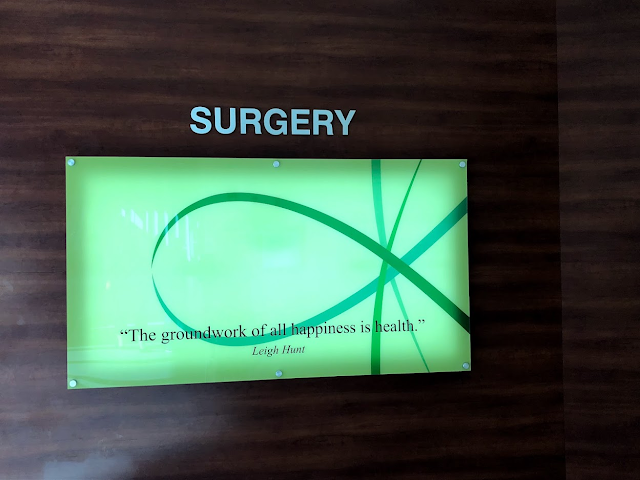 I went back to the hospital when I could walk with a walker, with my still swollen feet in the hateful slippers, to thank everyone for their trouble and they were surprised I showed up,  telling me patients always say they will come back but they never do. I was and remain too grateful not to tell them in person. I wish I could go back now that I am walking as normal, to tell them that I am not holding back from seeing them, but they know but Covid has other plans for us all. Hospitals submerged by the virus are closed to us non patients. No visitors and I wonder at the burnout these brave workers face now... I was reading an article about a man called Michael Caputo who was a fierce political consultant ripping opponents to shreds, until he got cancer in the head and came face to face with death and radiation. He has found God and a new calmer self. I can see how that might have happened even though I find my path forward to be rather less spiritual and rather more practical. 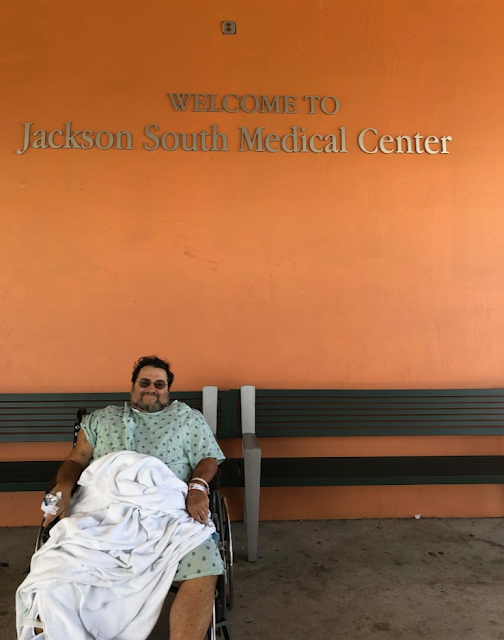 I didn't  find God but I did find myself questioning how to spend the rest of my life. I suppose to some extent that question has been in my head all my life with a  certain amount of thought and planning involved, and a certain amount of the usual blind luck. The accident and the aftermath gave me a great deal of clarity and certainty which translated into a much easier life, oddly enough. Bystanders  tend to think a severe accident will cloud your life but for me it swept away doubts and self questioning. That notion of making every day count became much clearer and simpler to me. 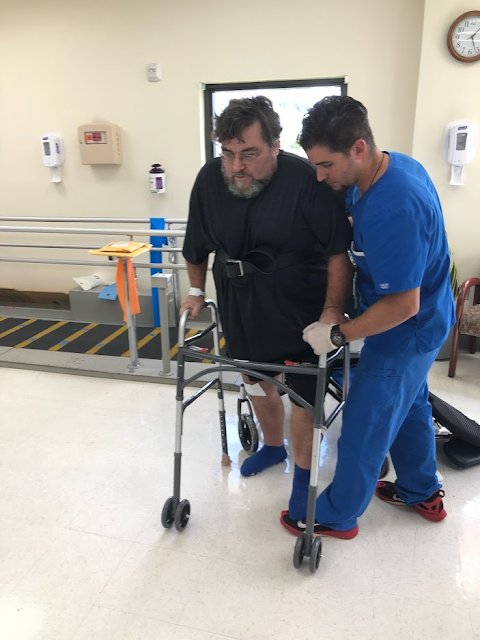 Too often the gurus tell the seekers to be mindful and aware and live in the moment which is all very well but impossible to do because perforce the effort wears you out and the notion slips away. Its absolutely impossible to make every moment count so have found myself seeking out curiosity as my way of being mindful. I try not to take things for granted and I never assume things "happen for a reason." Make lemonade out of lemons of course but in my world view there isn't anyone out there chucking lemons at you; shit just happens by chance, sometimes helped along by poor preparation. Those of us in the first world have better tools for coping than the helpless and hungry and abandoned of the world. Why they get ripped off and starved with no recourse makes me sick, but for someone to tell me everything "happens for a reason" makes no sense at all. Tell that to a Somali mother watching her children starve or Haitians getting flattened by earthquakes, or Yemeni families bombed to obliteration by Saudi Arabia. They suffer for a reason? 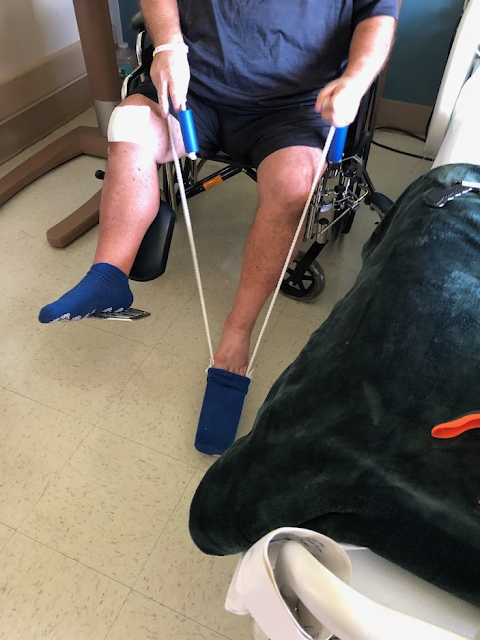 As I lay in bed wondering if feeling would come back into my legs I asked myself what to do for the rest of my life? The conventional answers came back but I have never been, by nature someone designed to sit still in one place and teach others to read or to cut carrots at a  soup kitchen, things I have done but not found satisfying. Webb Chiles actually proffered a solution to the question that accompanied my thoughts as I lay in my hospital bed motionless in the middle of the night as the Percocet wore off and the pain came back. (How is it that legs you can't feel and can't move can cause aching pain at the same time? Weird). 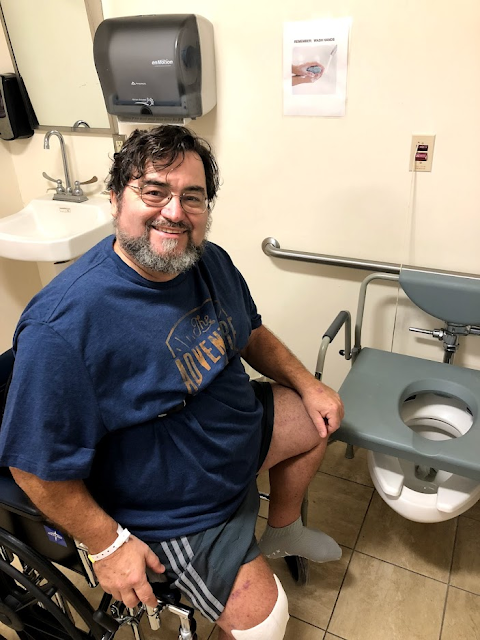 "While most think of me as a sailor, I think of myself as an artist and have defined the artist's fundamental responsibility as going to the edge of human experience and sending back reports. That is what I have done for almost half a century."
Webb Chiles 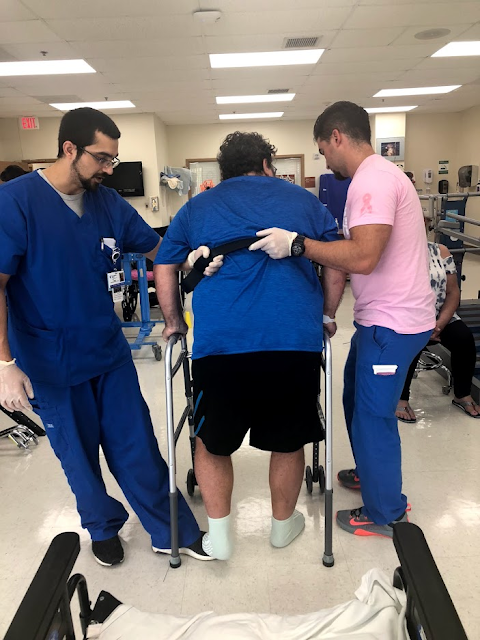 My wife was always there worrying about me, shopping for me, defending my treatment needs at the weekly meetings at the hospital, arguing with the insurance company to get me more days in rehab. She drove 10,000 miles over the weeks to keep an eye on me and manage her classroom in Marathon. Even Rusty was roped in to the support committee. I ended up with an unheard of 58  days in rehab, most people's insurance pays for a week or ten days. My wife wasn't having that and I got the full measure offered by Cigna. 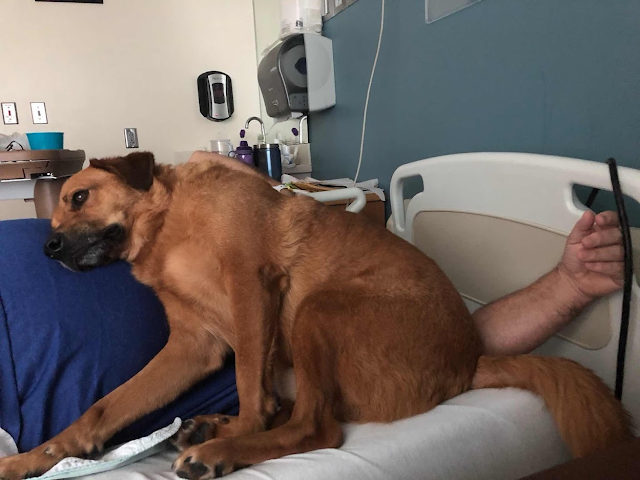 I talked to her about what we might  do afterwards. She never allowed herself to think I might not walk again and as I tossed ideas around we settled on traveling as a form of self expression. Send back reports as Webb would have put. As he did in fact put it to me. Just so you know I was absolutely terrified of the parallel bars. I look at this picture below of me struggling to get to my feet and I recall the feeling of staring into the abyss as I hung on tight with my hands and tried to drag my useless feet under me. It might as well have been walking a tight rope across Niagara Falls 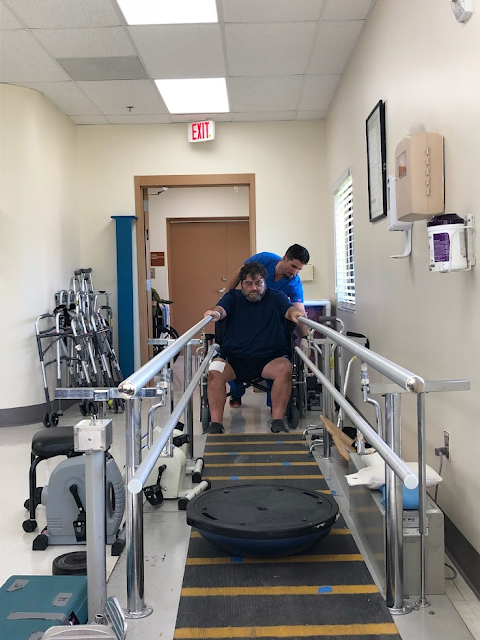 We had been thinking about retirement even before the wreck but we went into high gear. I stopped riding motorcycles partly from PTSD, no doubt, but also because I wanted to travel together not by myself anymore. I no longer felt the need to take time away. I quit being a  supervisor at work, took a pay cut and shed the burden of responsibility that I had never wanted in the first place. We had done this before when we went sailing and now we decided we wanted to see more, to be on land, to make travel easier and the exploration more in depth. We settled on a van for our retirement and found a builder to meet our specifications. Custom Coach Creations in Deland. 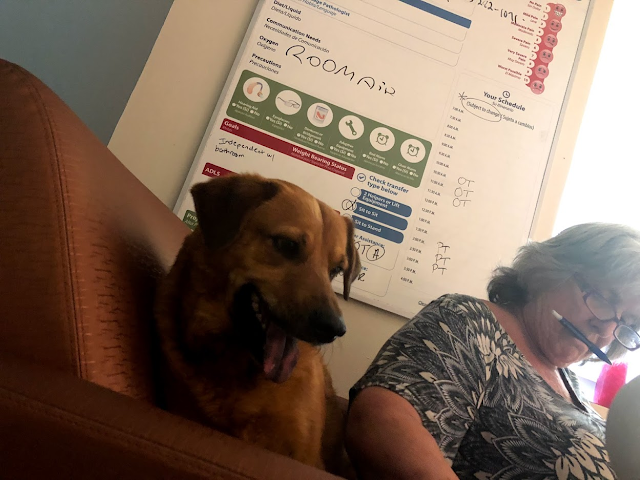 I was pleased that Webb gave his seal of approval and indeed asked me to name the van after his record setting boat, a Moore 24 called Gannet and totally unsuitable for the circumnavigation he made on board the 24 foot ultralight racing boat. In point of fact it's only the human that may be unsuitable, and even though no one thought you could sail around the world on a Moore 24 Webb did. I'm not of his caliber obviously (who is?) but I know a modest, comfortable Promaster van isn't deemed suitable for gnarly long distance travel but I trust I shall be able to muddle through with Layne and Rusty to keep me on an even keel. Most over landers drive four wheel drive monsters capable of scaling cliffs and fording rivers, but that's not for me as I prefer an gentler form of driving. So when Webb said to name the van after Gannet I, disbelieving, agreed of course. 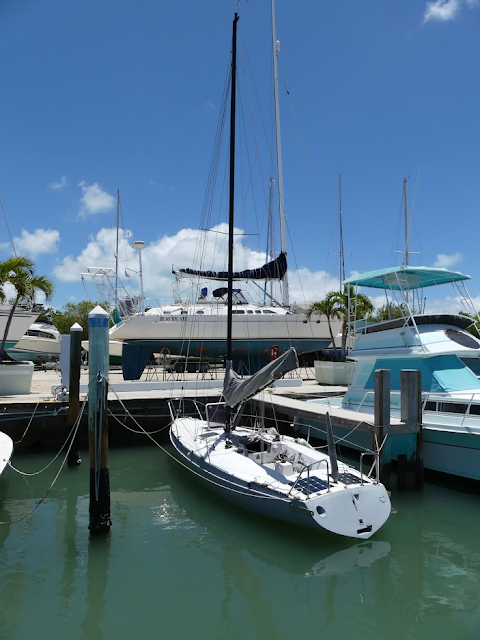 Layne enjoyed pulling Webb's leg pointing out we were cramming 3 people (Rusty is a person here) into a 21 foot waterline and he sails alone with 24 feet to his name. But the honor is all ours. And whatever happens next is by our choice, a choice made with our eyes open wide. We left a  life in California in 1998 that didn't need to be left and we do the same in 2021 from Key West. We could have chosen to stay here, keep our benefits, keep our salary, keep our vacations, keep our seniority, but for me and it turns out for Layne that path leads to a slow inner death. I've died once and I don't want to do it again without seeking out something more. Perhaps I'm greedy. 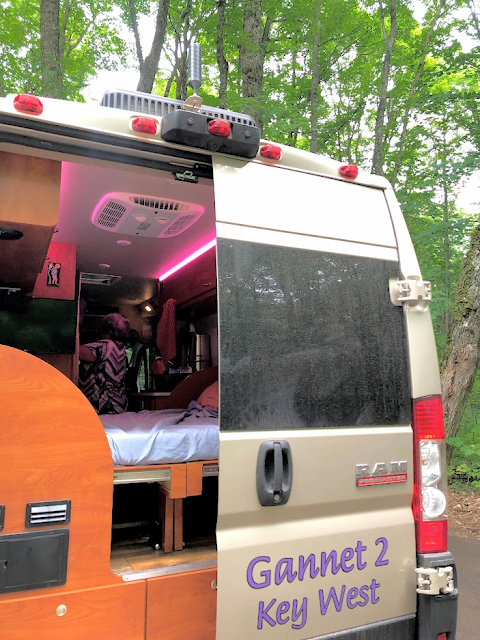 Whatever happens on the road, however far we get, however much things may go wrong, or right, none of it is planned, but none of it will be unexpected. I set off from home three years ago on a banal ride to work like so many others. It all went wrong, completely unexpectedly, for no discernible reason, but in the end I cast off with ease so many strictures of daily living that had held me back. I know what I want now and I have no interest in holding back. Whatever the experiences to come they are mine, I asked for them, Layne agreed and Rusty will have a better life than he otherwise would have. This is my last chance at life and I shall blame no one, not even myself, whatever happens. 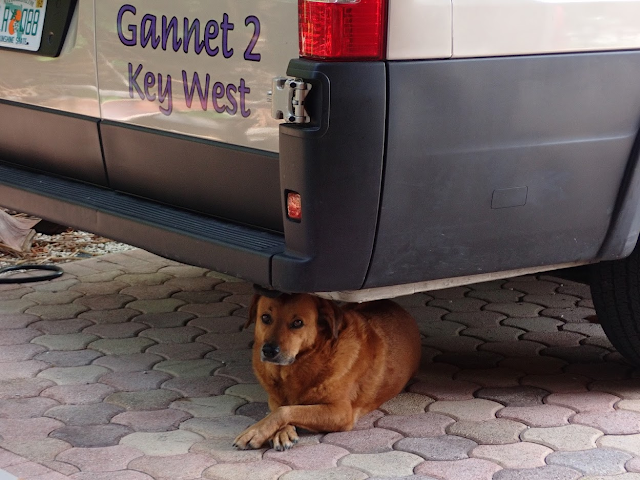