The approaches to Mallory Square, early morning  not many people. 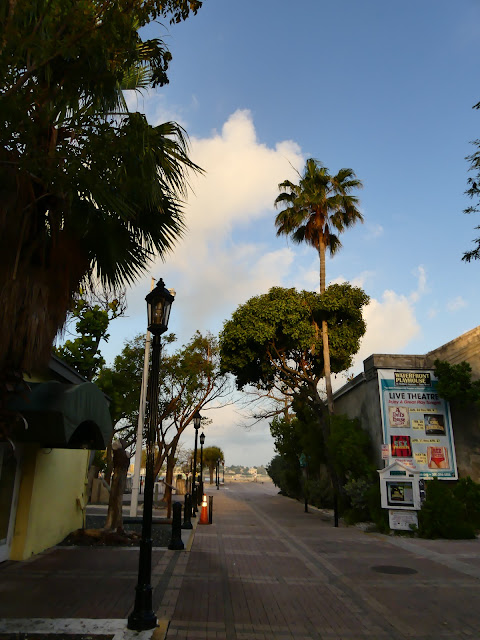 It's that time of day when stuff gets done to make the rest of the day look easy. 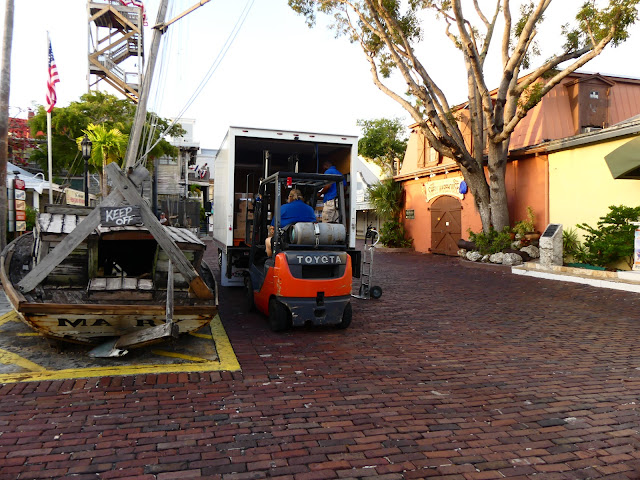 Sunrise on the water as the winter fleet of homes afloat sits at anchor in the deep tidal waters of Key West harbor: 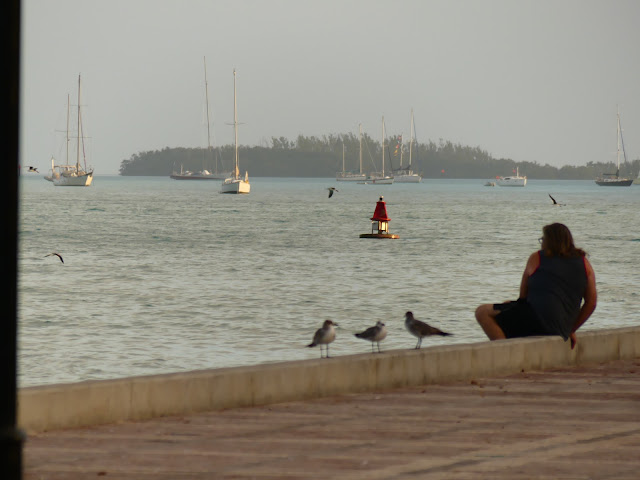 Meanwhile downstream at the Margaritaville dock a cruise ship that at first I thought was called appropriately "Huge" was in fact a ship called "Edge." 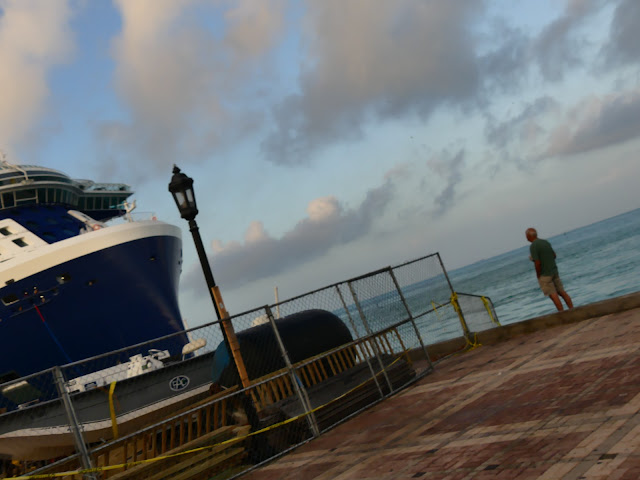 Rusty wanted to inspect closer up but the connecting bridge to the resort is under construction. 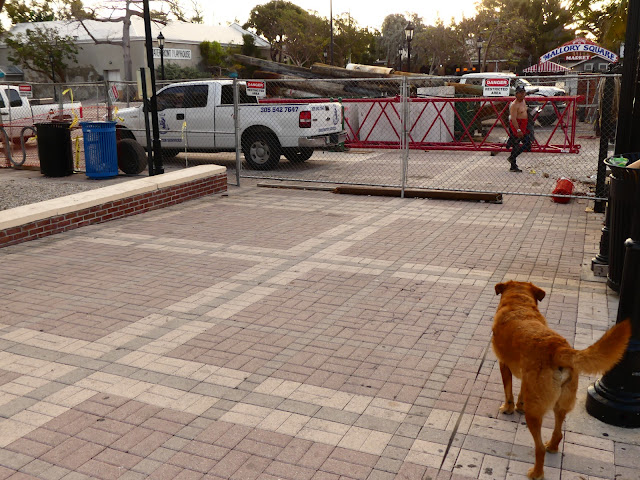 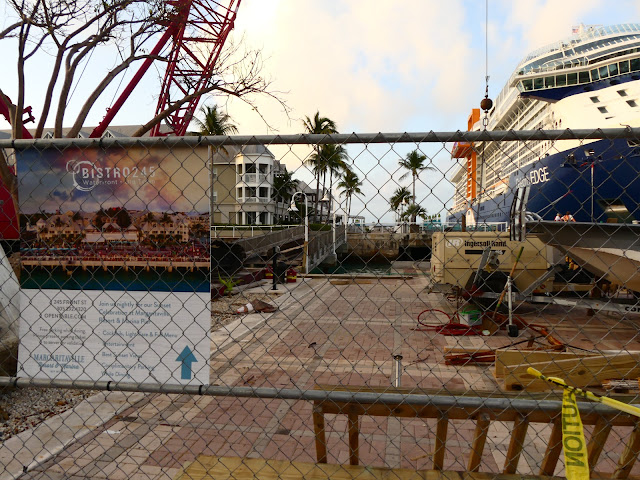 They say Key West harbor can't handle the largest cruise ships these days, and there was a whole huge argument about dredging the channel to accommodate the largest ships. Nevertheless these things look big enough from a dockside perspective: 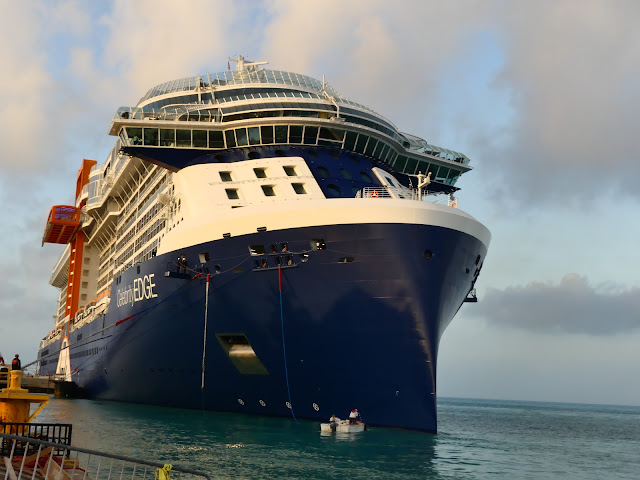 It takes a few small humans and a tiny boat to lock these giant craft to the shore. Astonishing really. 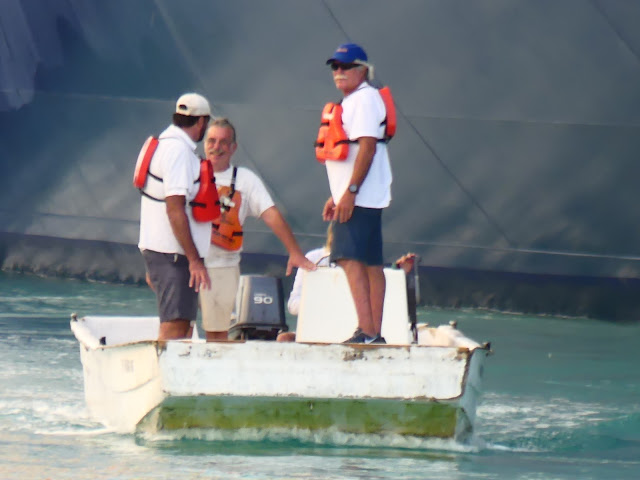 They drop off a couple of their crew on the platforms called "dolphins" and then pass them the dock lines from the ship. 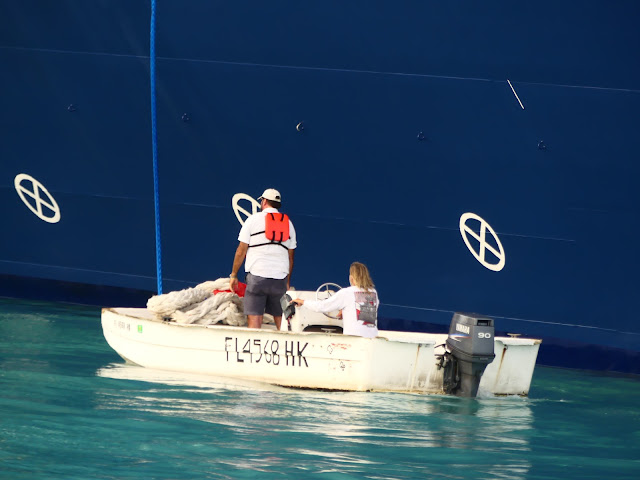 The crew on the dolphin drop the loops over the bollards and the ship's crew winch the lines taut. 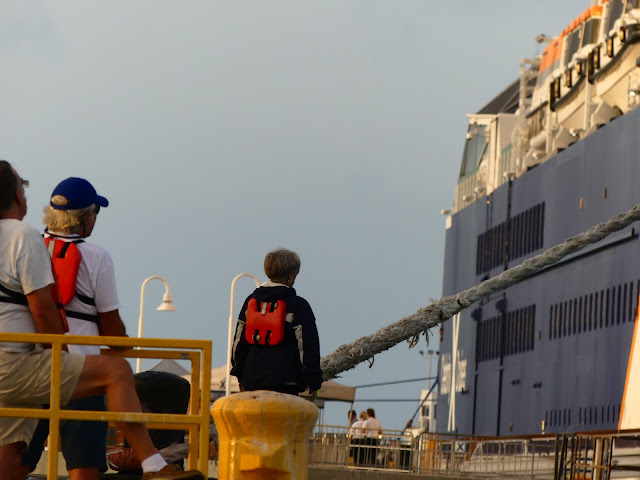 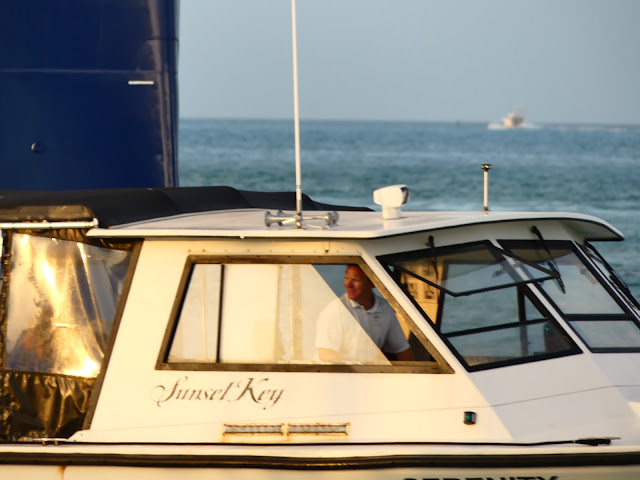 All this work closely observed by the passing population: 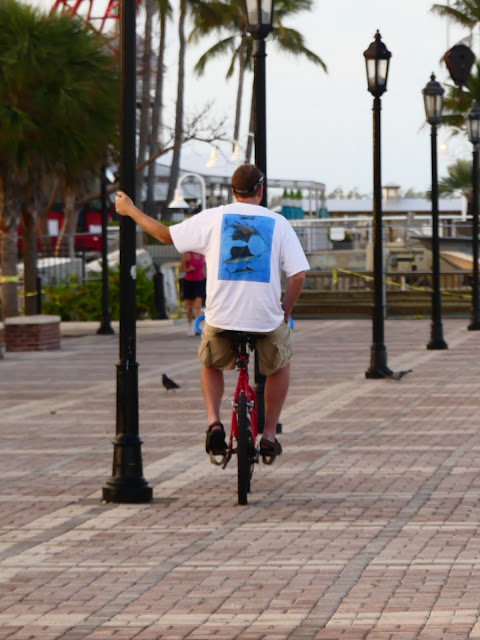 And then when the humans leave other locals fly in: 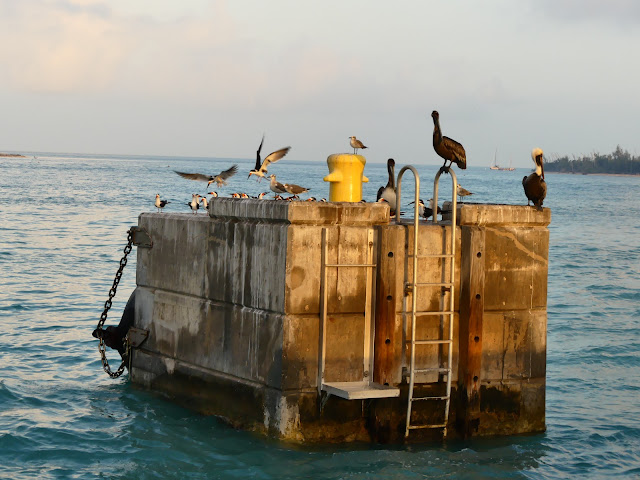 And then I caught sight of the Coast Guard returning from a  patrol. They go all over the place loking for smugglers of one sort or anther: 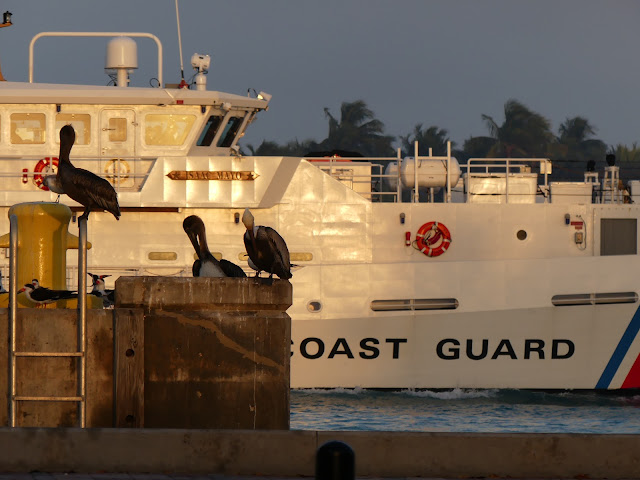 All this excitement had me thinking about one thing and wasn't I surprised to find the loo out of order when I finally stumped over there? We quick marched as fast as I was able to the car and I drove off to find my back up public restroom option, a portapotty by Truman Waterfront. 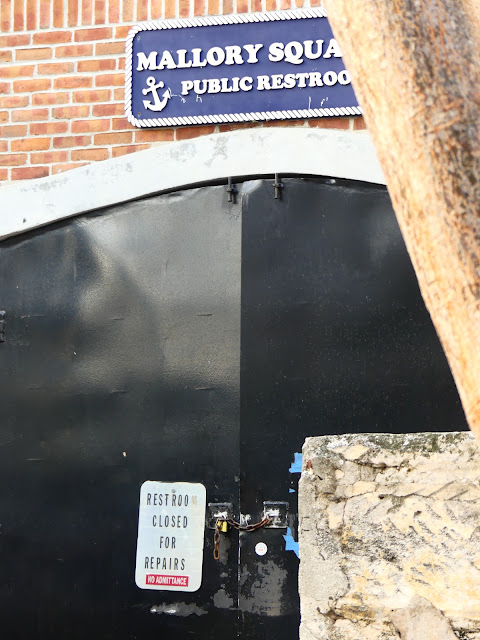 There is always time for more one more photograph up Tift's Alley. Asa Tift was an extremely successful wrecker and trader in Key West's early years and he got a tiny street named for him. The Historium hereabouts has more on his life and times, which included building what's now known as the Hemingway House.. 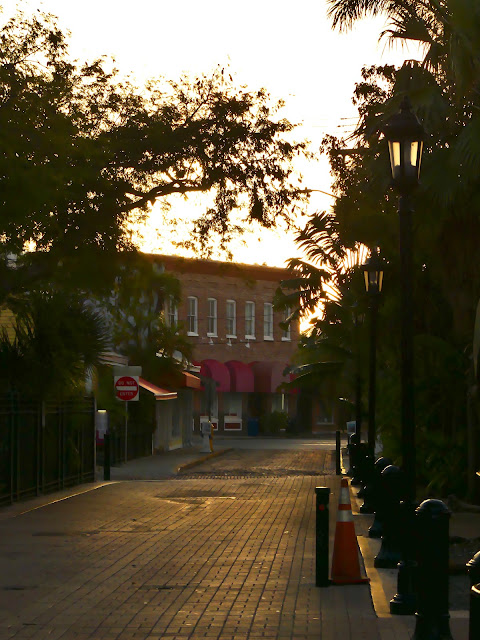 Rusty was ready for a rest. 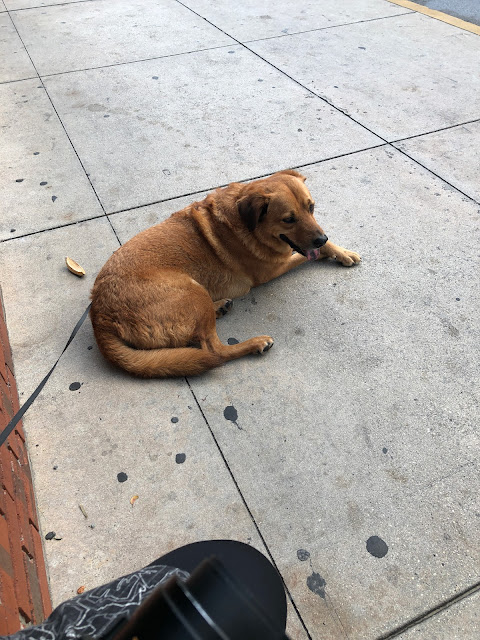