We are told that the largest number of visitors in the Keys congregate in Key West and over the course of a year this eight square mile island accommodates 2.5 million of them; this in a town four miles long with a resident population around 23,000. 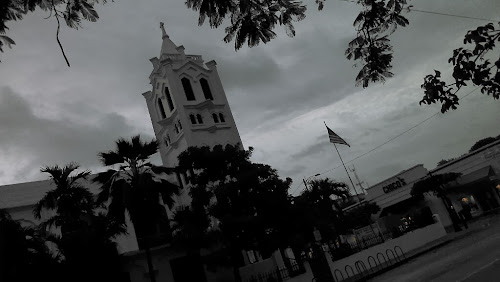 The state of Florida is celebrating the five hundredth anniversary of the landing of Europeans in the state, not at Plymouth Rock but in the Flowery State where St Augustine prospers today, the city that has been continuously occupied by Europeans longer than any other in the country. They brought no Thanksgiving myth because they knew they were here to enslave and despoil and take home wealth to the greater glory of God. These weren't religious fanatics ejected from their homeland for extremism and heresy, the Spaniards were the point people of a new business model for the New World. And according to the rather silly one line reminders of the Great Florida Anniversary they brought beef steaks to the new world according to our local grocers, in the spirit of early Spanish commercialism. 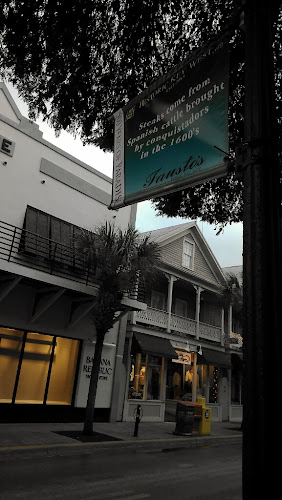 "Steaks come from Spanish cattle brought by conquistadors..." To me the message is cryptic at best, but this is a modern world, where reading thinking and disagreeing is old fashioned and time consuming when time is everything, they say. Has anyone else noticed these pennants and wondered who wrote them and where do they get their facts? They are all paid for by commercial outfits and they are as brief as tweets so perhaps we should enjoy them for their color and festive appearance, not their facts as presented. I'm pretty sure steaks do not still come from conquistadors. 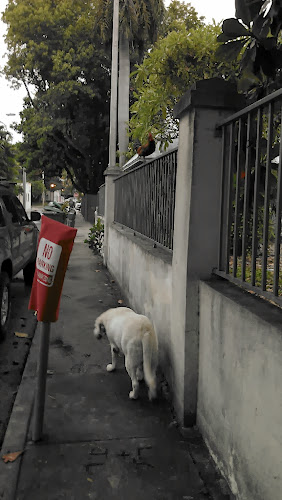 The newspaper recently printed the conclusions of a report claiming nearly two million people have made use of the Heritage Trail in its current fractured form. It sounds incredible to me taken at face value, especially as I can't figure how they reached the number. I mean, do I count if I pull over at Mile Marker 13 on my way home from work and walk onto a Flagler bridge to take a picture of the dawn over the mangroves? Is it a second visit if Cheyenne and I check out the bike path/ fishing bridge onCudjoe Key later that afternoon? And who took the time to count me? If I don't count, why not? 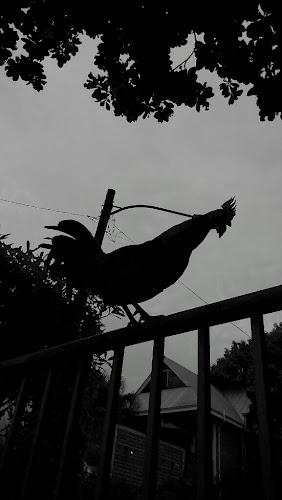 The state has been keeping a close eye on the state of our fair city and while they are in counting mode they also calculate about 850,000 people came to Key a West last year on cruise ships. One third the number of users of the mixed bike/pedestrian Heritage Trail. Supposedly they bring billions of dollars to the City which would multiply by billions more were the city to encourage mega massive cruise ships to stop here. Even so I doubt they will number as many as the users of that blessed trail. 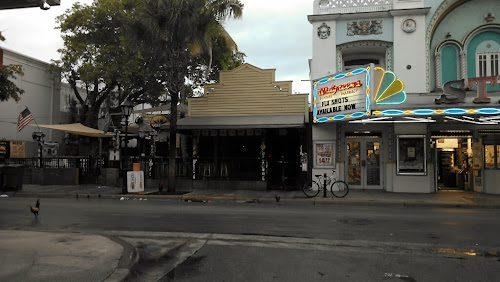 With all this money floating around you'd think business people in this city could afford to fly flags rather than cerements but apparently not. This particular example of Old Glory didn't seem to express any particular personal sentiment other than neglect. I wonder why no one bothers to replace it as they do have ceremonies to dispose of worn out symbols rather than letting them wither ignominiously on the vine as it were. Sometimes I feel like we don't put our best foot forward for the visitors who keep Key West, a city with no modern resources, from looking like Detroit. 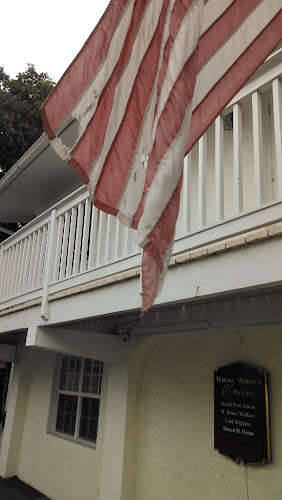 I have no idea how to be a parent, hence my child-free state but when I observe this kind of multi-tasking my pleasure at being child-free is only reinforced. Sometimes I feel looking after a dog is more than I can manage. Luckily Cheyenne is smarter than most so she doesn't need much supervision and indeed she tends to look after me. She never permits me to smoke, for instance when we are out walking. 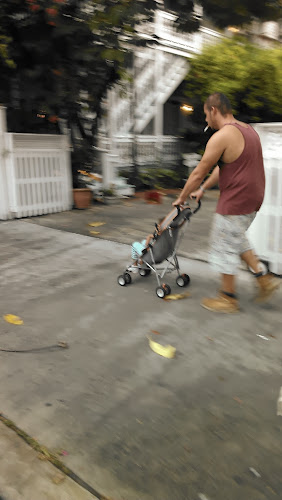 These next two pictures are a a Thanksgiving gift for a dude in southwest Florida who has been reading this blog longer than anyone and who indignantly asked for more artwork from the Green Parrot recently. 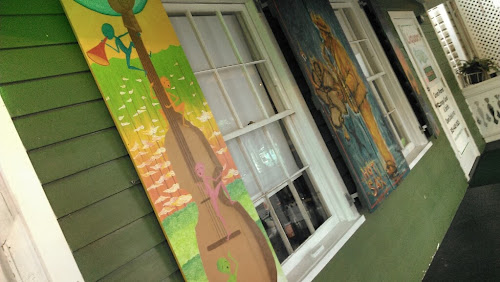 I hope this suffices Jeffrey. 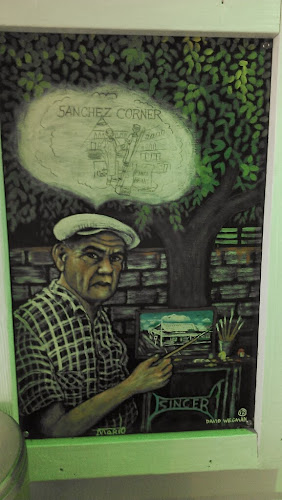 Cheyenne wanted to know what the pesky rooster was eating. She doesn't chase animals but she does eat scraps. 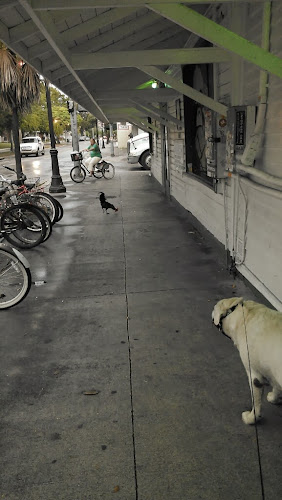 I'm never quite sure why millions and millions of people come to the Keys. I came to Key West in 1981 by accident looking for a ferry connection that wasn't there, but nowadays you can check everything on your phone and serendipity is vanishing faster than you can enter an address in your phone. Maybe I like traveler's palms because I fancy myself a traveler. Perhaps because they make pretty and exotic any banal wall. Perhaps because there isn't an app for that. 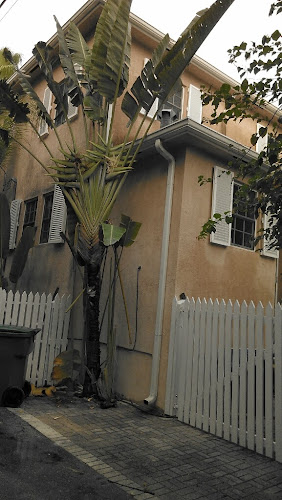 I know the weather is a draw, and snowdrifts would diminish the appeal massively. We considered moving to the San Juan islands but Washington's high standard of living and civility couldn't outweigh the burden of gray skies drizzle and frost. Were I a pot smoker I'd have to say I made a bad choice but I'm not so I get to live under a permanent sun, ride a motorcycle year round and encounter Pickelhaube graffiti. 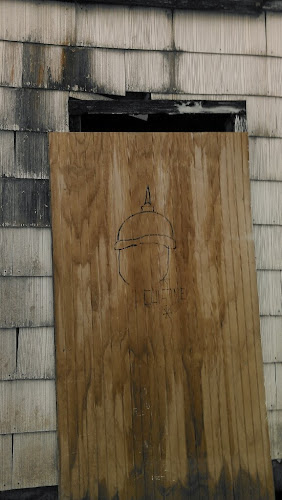 Key West has its reputation for being Key Weird and that's tough to live up to in a world shared with Bangkok, New Orleans and Berlin. On the other hand Key West's weirdness is a kindly gentle type of peculiarity. It's made in the USA, no foreign languages here or square shaped currency or blatant immorality. Body paint and pasties do not a red light district make. 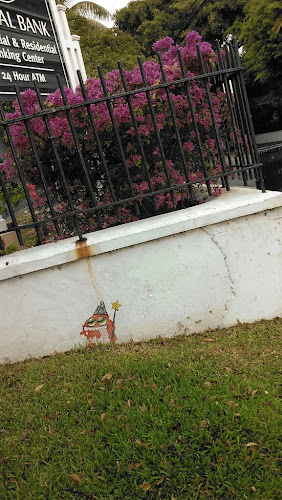 But this town is filled with myths and stories and even a little history and everyone loves Hemingway, the bigger than life myth maker. His bar, or not his bar depending on which bar you prefer, draws people. Cheyenne doesn't much care for history, she strolls right on by. I like history which gives me hives when people tell talk about piracy and wrecking in the same breath or Hemingway and Tennessee Williams and make up stories. History is never enough, everything has to be boosted. 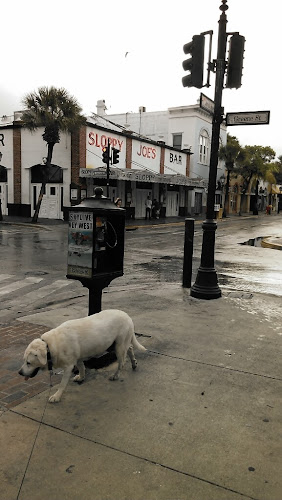 You know what? Key West is fun. You can enjoy it sober or drunk, as a visitor or as a resident. I took a cruise once to see what that was all about. My wife and I visited Cozumel, Grand Cayman, Jamaica, all starting with a first stop in Key West. Key West was by far the most interesting colorful and varied stop on the route. I say that as someone who enjoyed touring and exploring each stop but has no plans to repeat the cruise ship experience. I wanted to know what it was like and I enjoyed it actually but I have other things to do too. 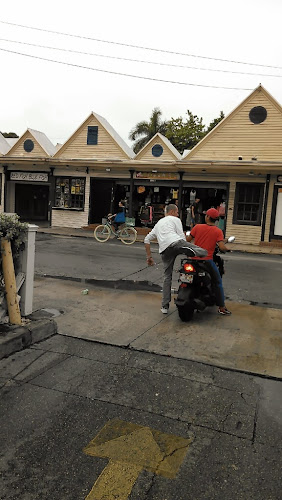 Maybe those two and a half million visitors have a point. Why not learn to enjoy a small town with architecture, history, myths and stories and a way of life that is hard to replicate in a land of suburban malls, four lane streets and full service economies. In Key West a bicycle serves as a station wagon and your neighbors may not be just like you. 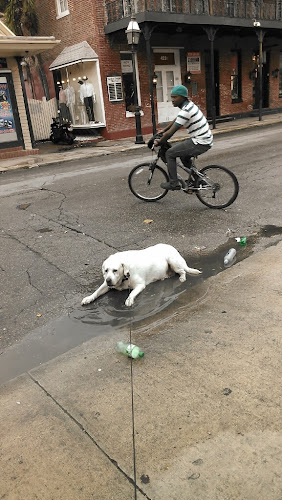 Some people even let their dogs cool off in puddles right there on the street. Key Weird indeed, come on down the weather's lovely, mostly, even if not right now. NWS for the latest weather.