The Valdez flag of the Conch Republic ("a state of mind") hits me in the eye these days more often than usual. 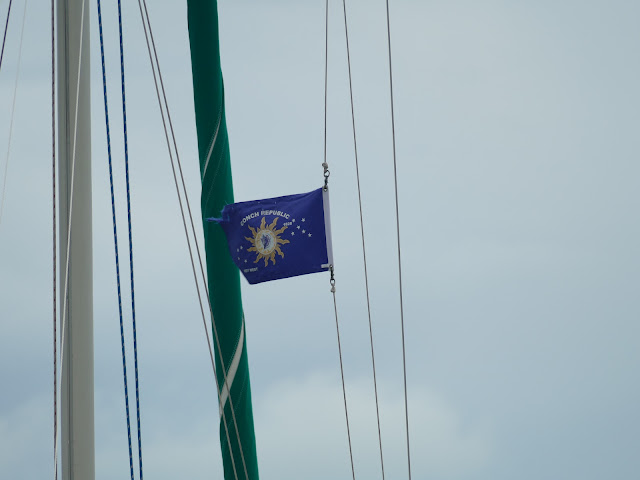 There are signs along Duval Street advising street paving will close the blocks between Front Street and Truman Avenue as the city takes advantage of the quiet to undertake disruptive street projects. 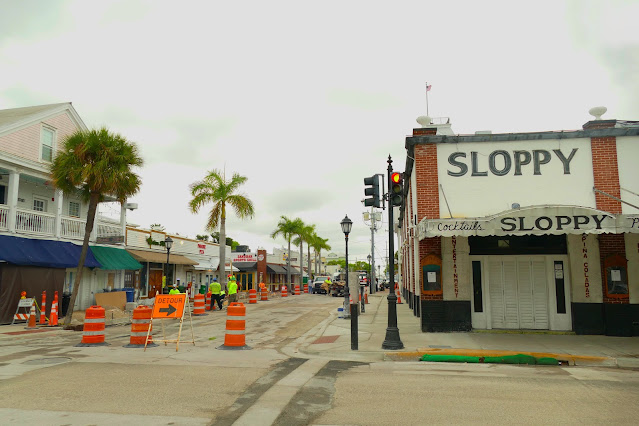 Disruption seems to be the order of the day anyway with businesses closing and not planning to reopen. Frequently the strategy seems to be to not declare a fixed plan. IC Doubles closed months ago, a brief visit by a new bar where the Lazy Gecko used to be a fixture. Now there is a sandal shop advertising. How a sandal discount store can afford Duval Street rents might be a mystery to anyone who thinks business is always operated to make a profit. 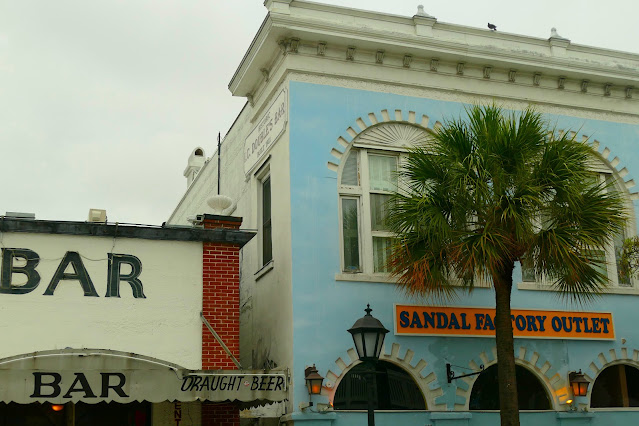 A whole string of these little shop windows, $30,000 a month each maybe, are closed and empty. One business on a  side street, Kojin noodle shop on Southard Street complained loudly on Facebook that their lease expired in October and they can't work out a deal with their landlord. Greed is always the cry though it seems to me capitalists live by the sword when times are good and therefore die by the sword when they suck. Bailouts seem to be preferred though when the going gets rough. 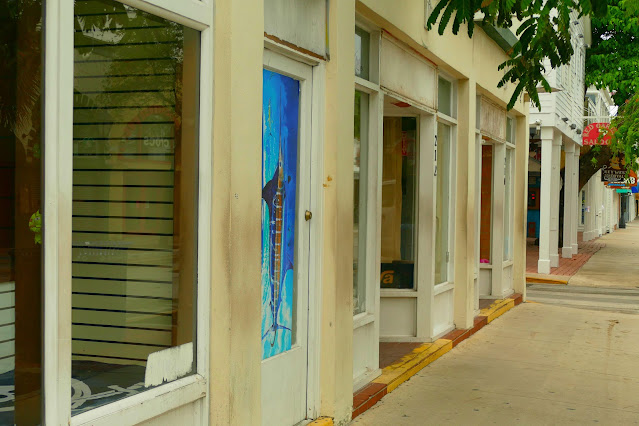 I remember in the boom years before 2008 when Key West was bulging with money as people mortgaged their homes for one more vacation or showy luxury purchases and my friends in Key West moaned all the time how money was wrecking the town. Which may have been true but I remember a lot more trickle down in those days when working as a bar back earned more money than a 911 dispatcher. I was in it for the long haul and looking for a pension, so aside from the fact I dislike bars I knew where I wanted to plod along and earn a living. After the 2008 crash I had no doubts about the merits of full time year round union work in Key West. Much like today. 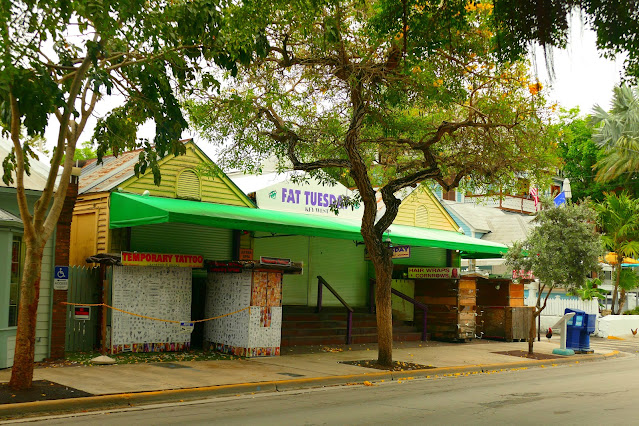 I have no doubt tourists will be back when the roads are re-opened as key West's vacation appeal has not dimmed, nor can it considering it is the easiest safest tropical destination in the country. However i hate seeing people's dreams of a small business in Key West shattered. These are the businesses that can't shout loud enough to be heard when corporations are holding their hands out for some capitalist support. 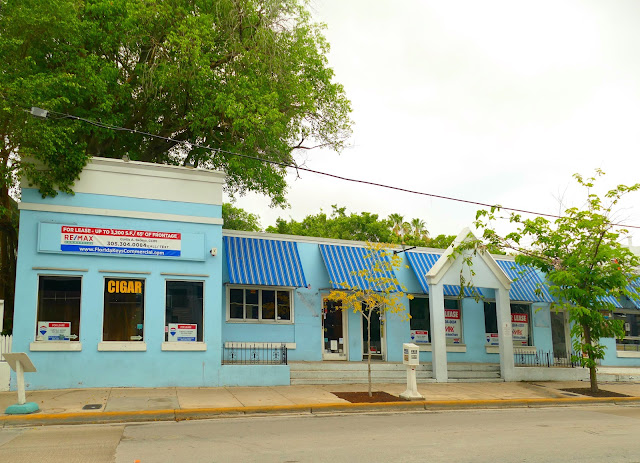 Walking past the oldest house in South Florida I found myself pondering how many yellow fever epidemics it had seen, as witnessed by all the tombs in the cemetery of young people struck down by an invisible misunderstood deadly illness. Yellow fever was not established as a mosquito borne disease until the Panama Canal was built in the early 1900s. The death toll at the eighth wonder of the world was such the US military had to figure out what was yellow fever and how did it kill. Key West had been living with sudden deadly infections since the city was founded in 1828, 90 years of random deadly epidemics. You could do a lot worse than study the work of William Gorgas at a time like this, a man of science who saved lives and is largely forgotten. 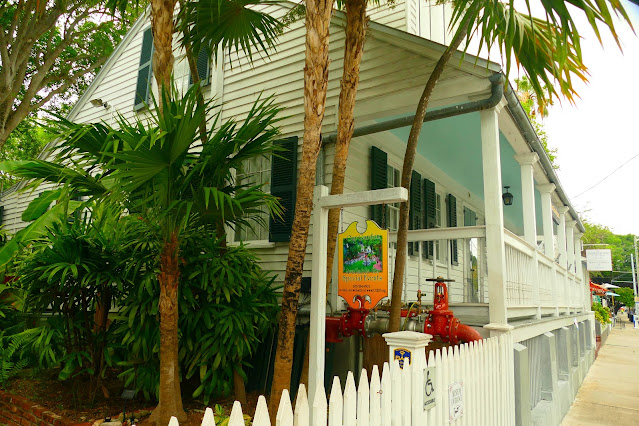 The old time businesses on Duval will undoubtedly pull through. They have a customer base and decades of making healthy profits means they are stable enough to either own their buildings or have reserves to re-ignite the reputations after the latest infection washes away. The cleaning and refurbishing of The Bull was a welcome sight, anticipating a better future. 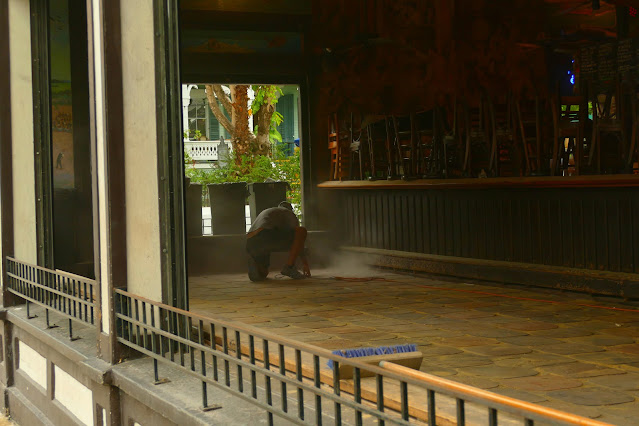 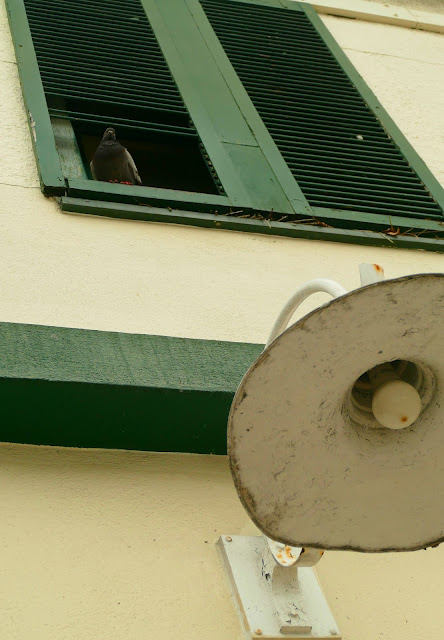 And as if the work on Duval Street weren't enough there was also major pipe laying construction on neighboring Simonton Street. 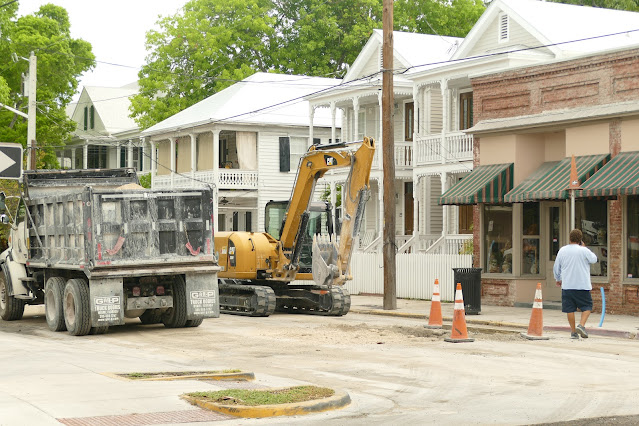 That's the measure of how empty the city is, two major parallel streets closed simultaneously and no traffic back up to be seen on a Monday morning.
Posted by Conchscooter at 12:00 AM 2 comments: