I found myself waiting to go to a movie at the Tropic Cinema just around the corner so I wandered through Truman Annex with my camera. I haven't been here ina  while and the whole place looks pretty much the same... 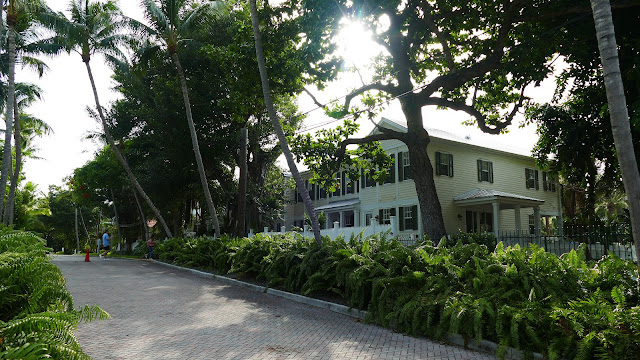 I'm not a fan of gated communities but who cares what I like. I wouldn't live in Truman Annex even if I could easily afford to, but lots of people like the idea of living in Key West but without the mess and color and vibrancy of a noisy populated Old Town. 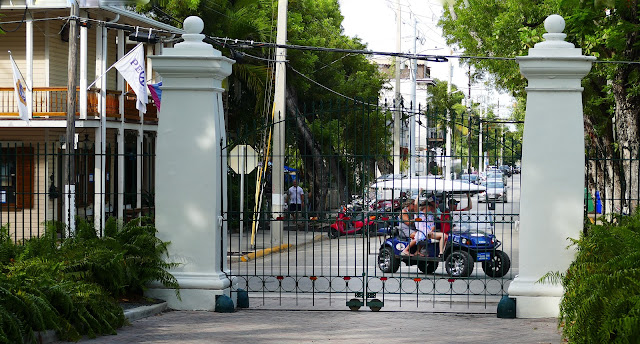 The developer of this property created a style of housing that is now known as "the Key West style." It's a style reminiscent of Old Town Conch cottages but all gussied up. It's very effective  and seems to sell well, and not just here. 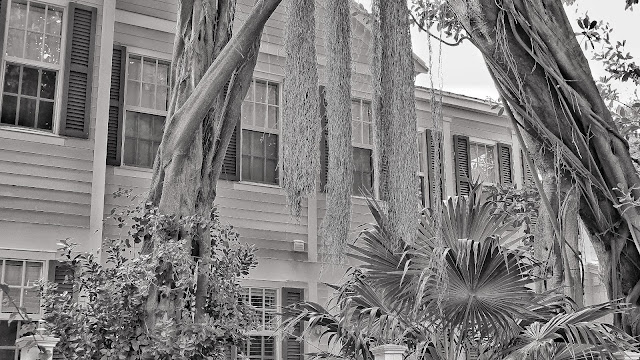 This used to be the Navy Base in Key West but when the land was put up for sale a young man who first came to Key West as a youthful homeless urchin sleeping in doorways as the legend has it put in a bid. He had to have a second go as the first bid bankrupted him but he got it done and is now one of those few families that have made millions off Key West. 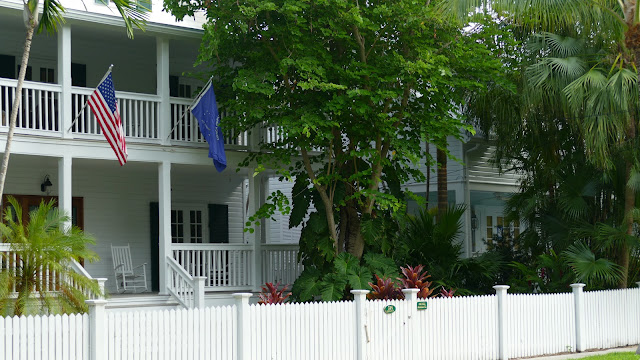 I like the doggie bags as outside dogs are NOT allowed in Truman Annex. Rusty has never stepped in here. 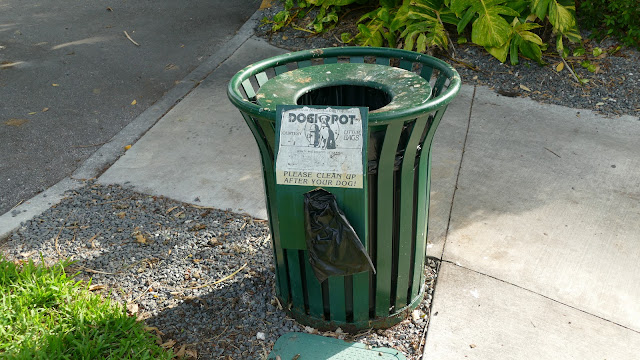 However even here loose chickens have made their way...seen in the distance...actual wildlife! 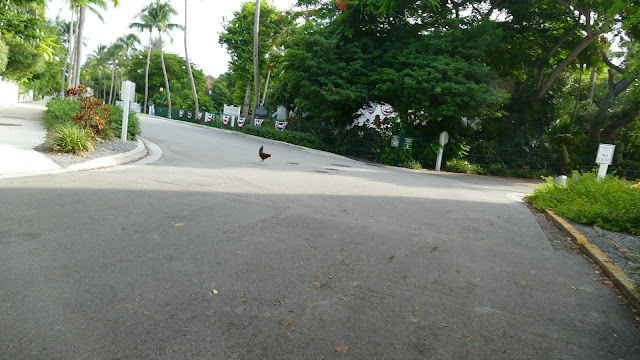 Through all the gates there is tidal water at the Margaritaville Resort Docks: 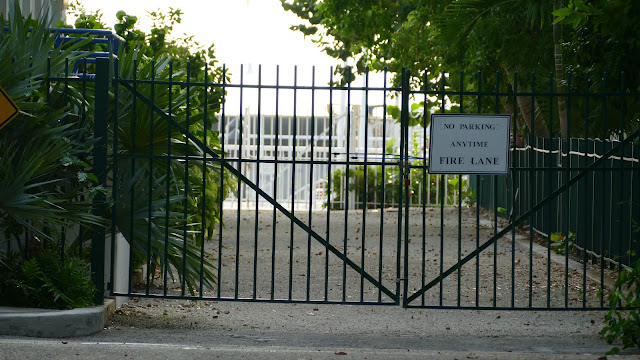 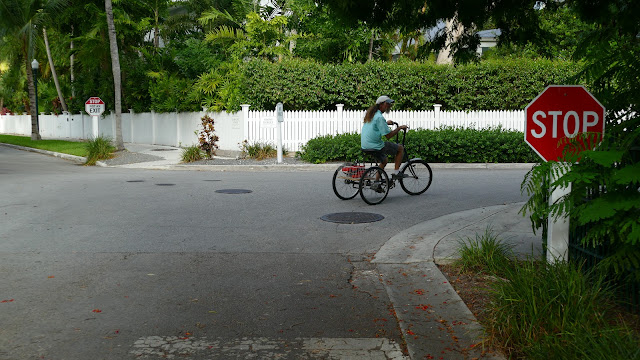 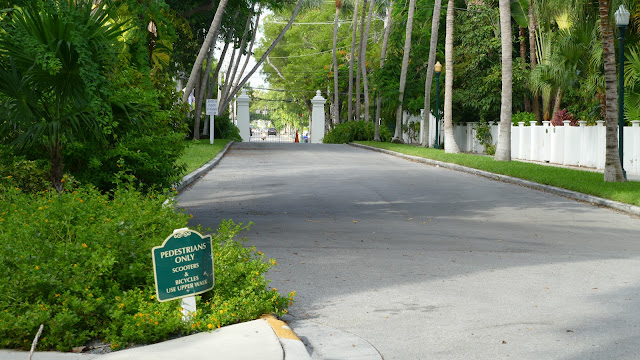 Then there is the major tourist attraction which is  the  Little White House where President Truman liked to spend time during his presidency. It was more as a working vacation than an actual period of time off though he did walk around town and fish and do that sort of stuff. 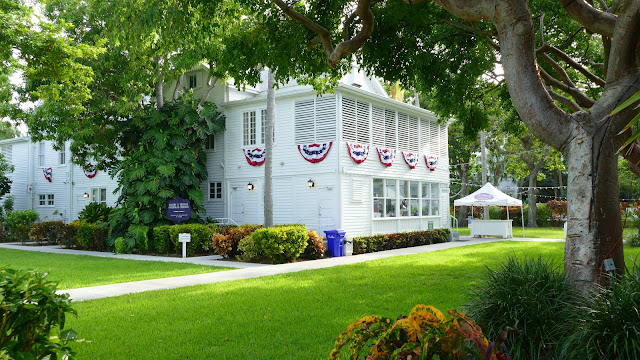 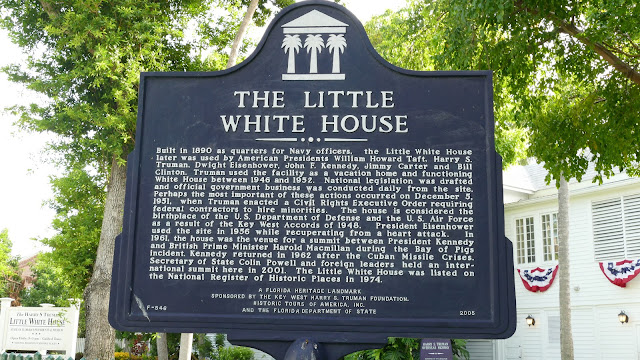 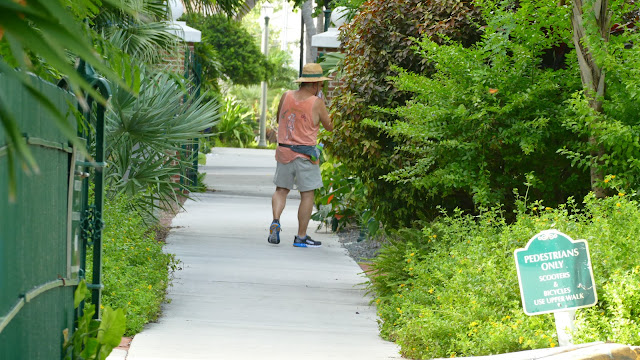 In the Key West  style: 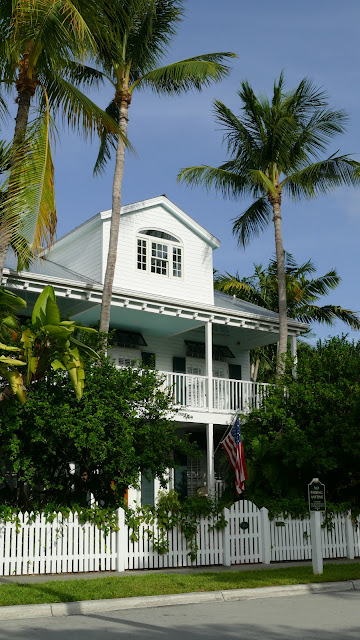 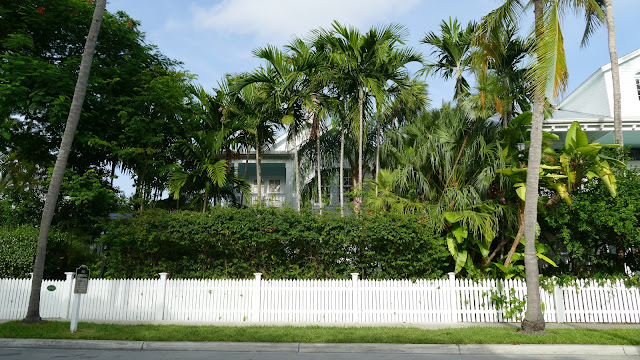 Try and figure how to locate this street address: 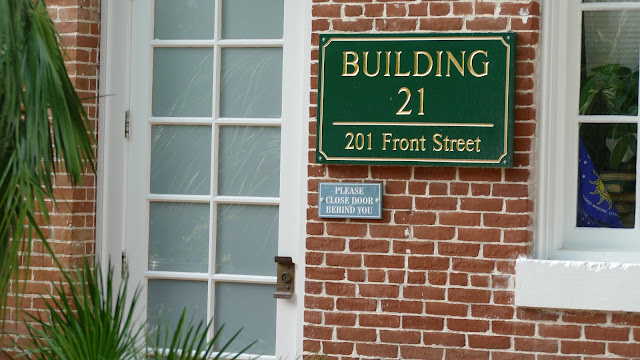 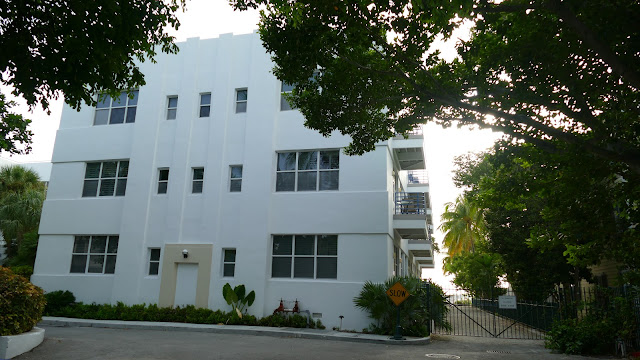 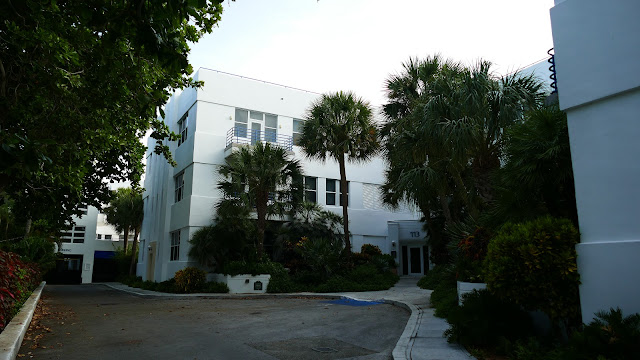 Meanwhile around the corner the masses line up for the ferry to Sunset Key and Latitudes restaurant for lunch: A Portuguese cruise ship. Never seen one of those before in the Southernmost City. 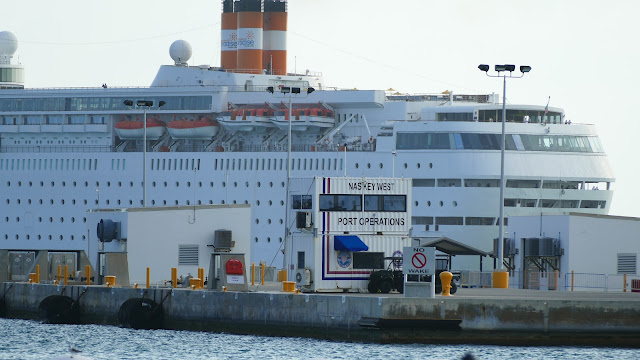 I used to work in that corner of the marina prepping Stiletto catamarans to take tourists sailing round the harbor. After I got my job at the police department I allowed my Master's 50 ton license to elapse. I'm not real keen to go sailing for money again though it was okay while it lasted. 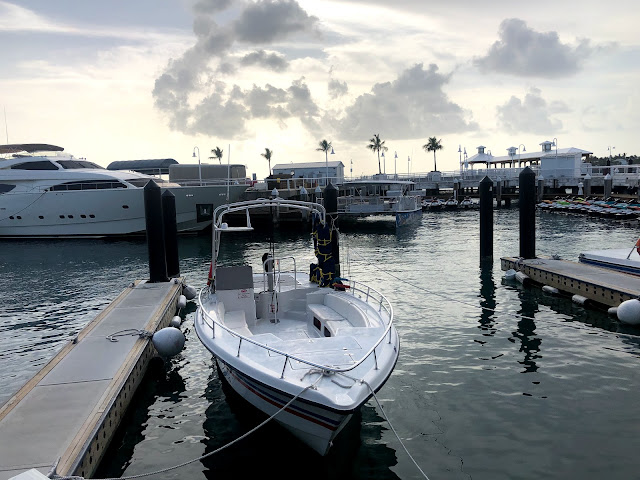