I get the feeling the sign ain't coming down soon. It works though as I saw a couple of tourists wandering around helplessly. I tried to explain the waterfront path around the sign and they got in their car and left. 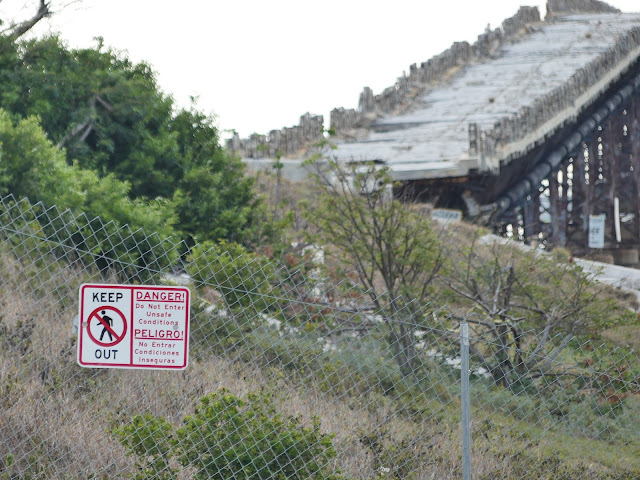 Naturally I was not there alone. 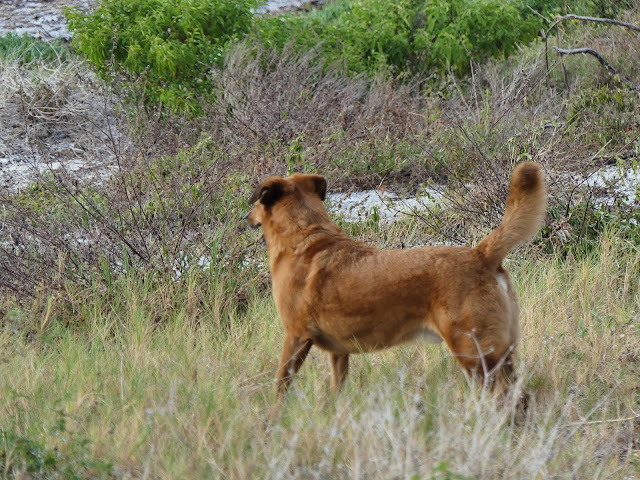 Well actually Rusty and I were alone until we met the foreigners who thought my advice was  a snare and left immediately. 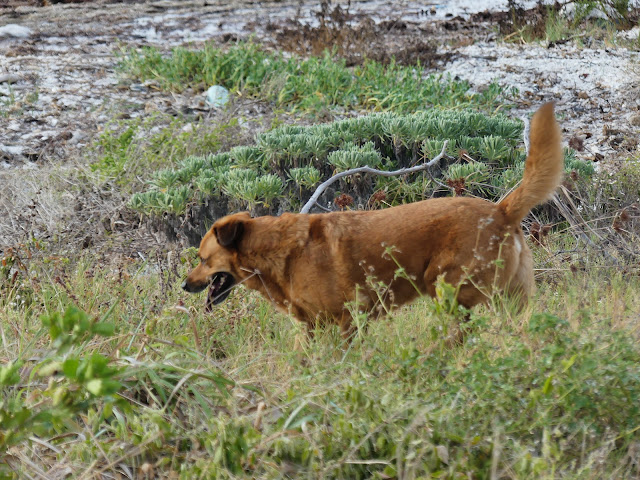 The Old Bahia Honda  bridge now 107  years old always looks spectacular.  The state park is off to the right in this picture: 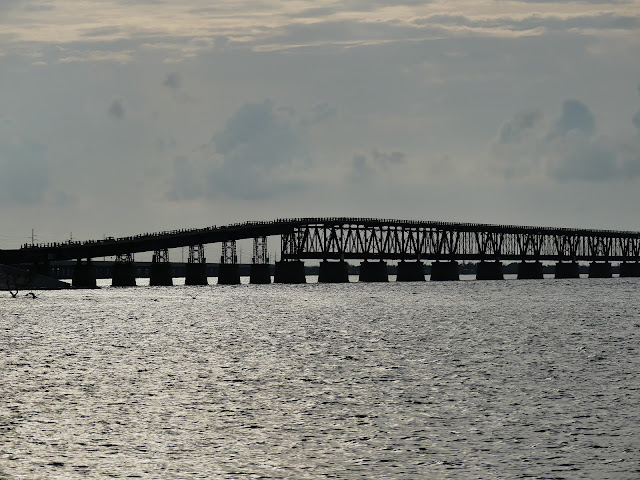 Guess who he's waiting for? I negotiated the cement wall following Rusty without falling in, breaking another leg, or dropping my camera. Result! 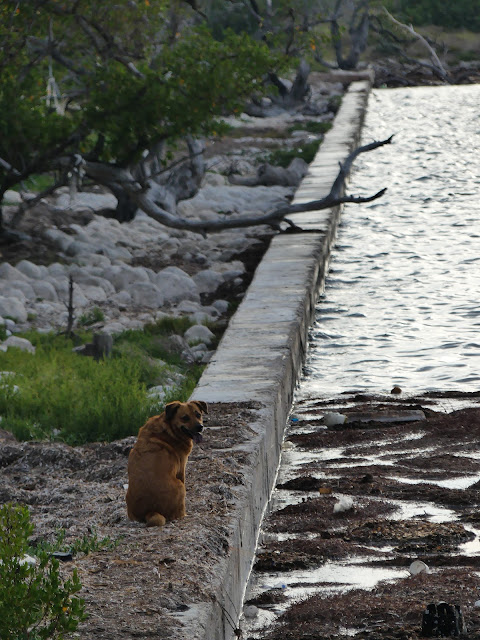 Hunters were abroad on the water: 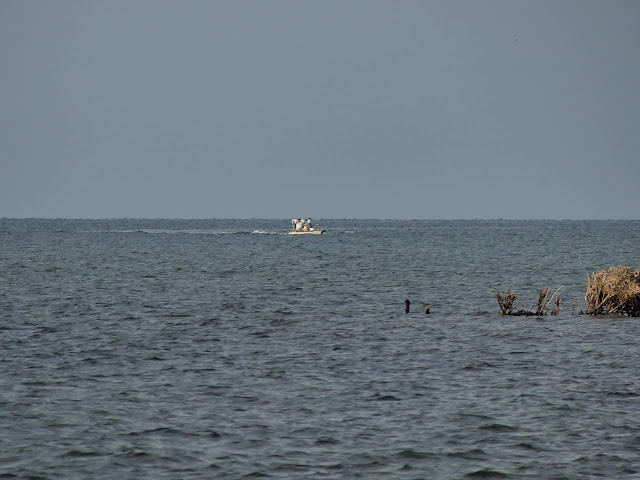 I found a  collar. Well, someone else found it and courteously hung it on a  tree limb. 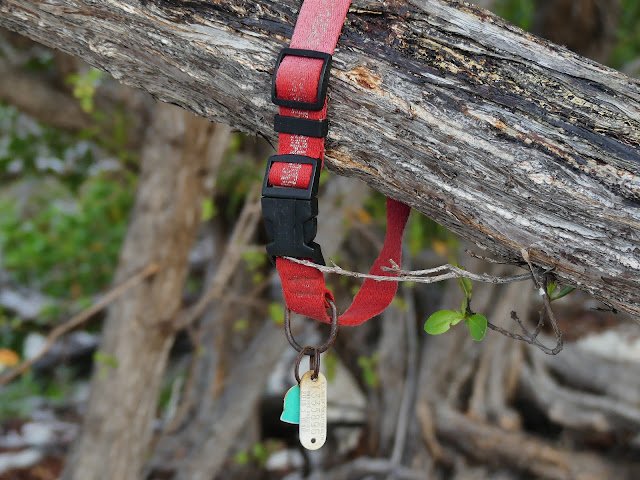 Somewhere there is a North Carolina scofflaw dog without it's rabies tag. 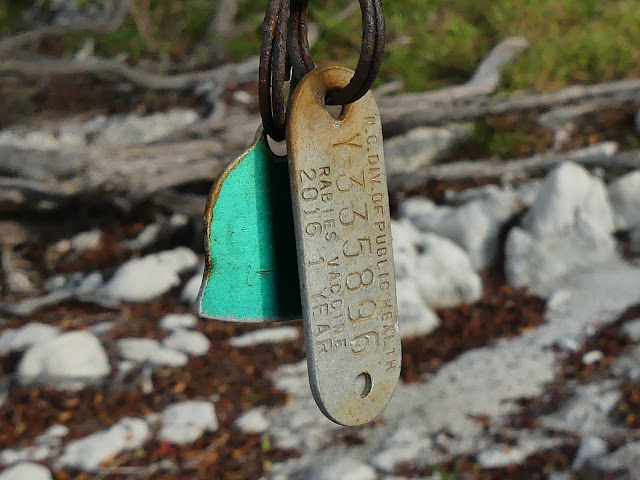 The old pump house built in 1942  to move water through the new pipes built to supply water to the military in Key West. Hurricane Irma put paid to it's second career as a public  toilet in 2017. 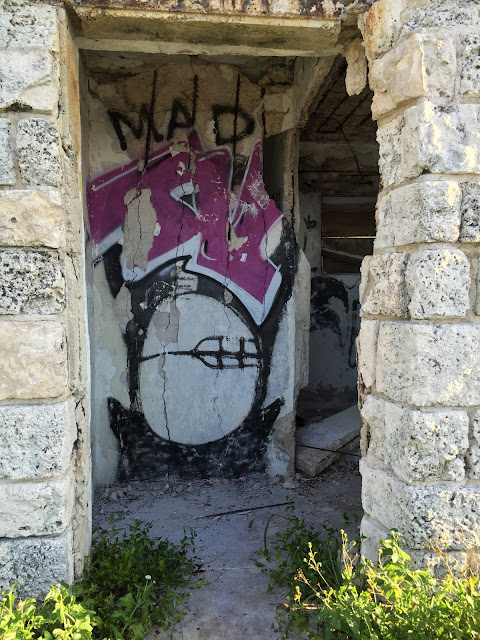 It used to smell awful. 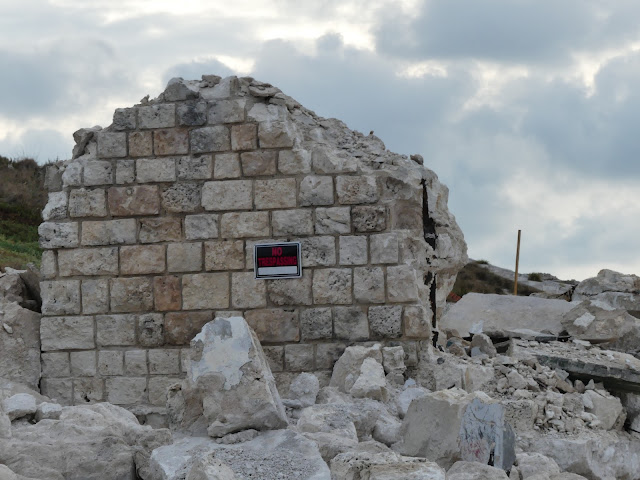 It appears to be getting razed for public safety no doubt. The walls did look quite tottery after the 140 mph hurricane blew through here. 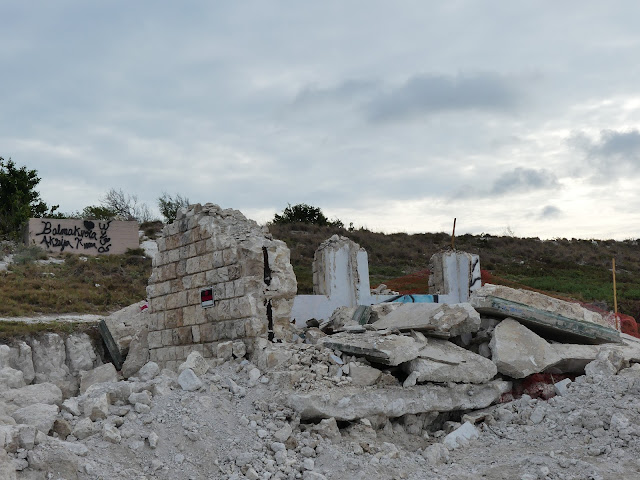 As it was just a couple of years ago: 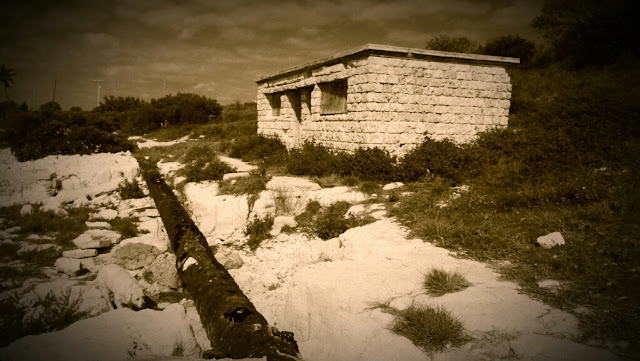 The clay of the hill used to build the rail road ramp to the bridge is slowly eroding: 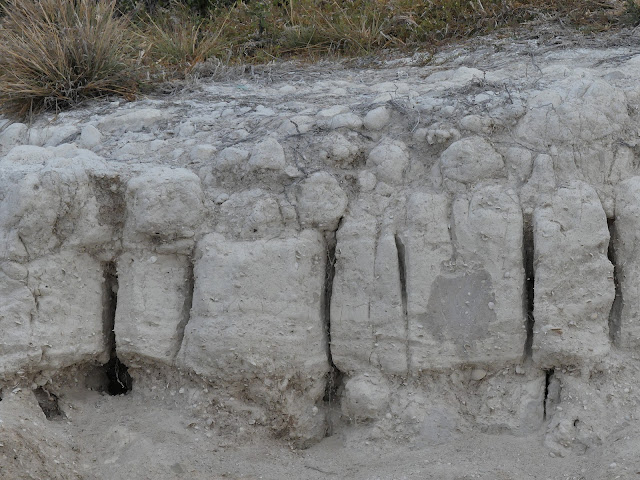 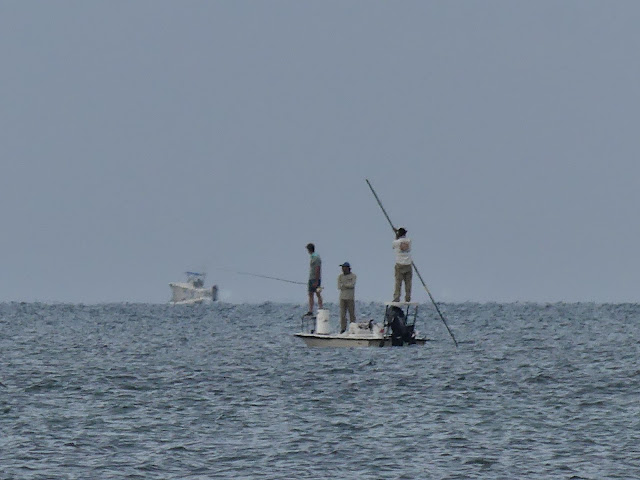