I caught him looking back at slow old me plodding along behind the active young dog. Young? I asked myself what that meant exactly and I came to some rather worrying conclusions. 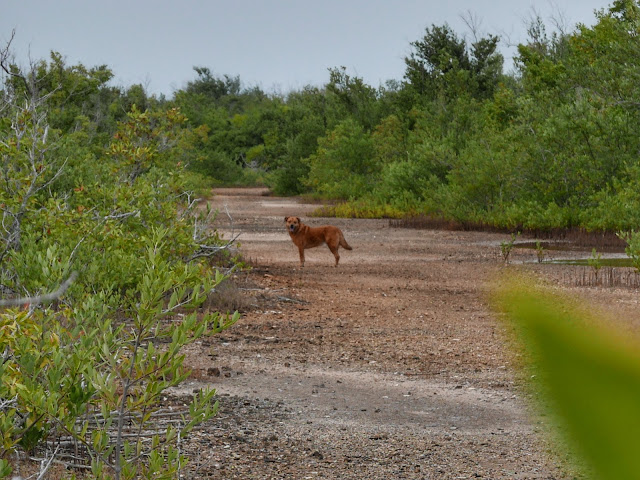 We got him on February 20th 2016 after my wife heard from a fellow teacher about the Homestead organization known as This Is The Dog which had a dog that was coming up for it's third outing to seek a permanent home. I drove to Homestead to the Petco where he was on display yet again looking for someone to love him. After I decided (within 2 seconds) he had to come home with me, scrawny little thing that he was,  he got a chip... 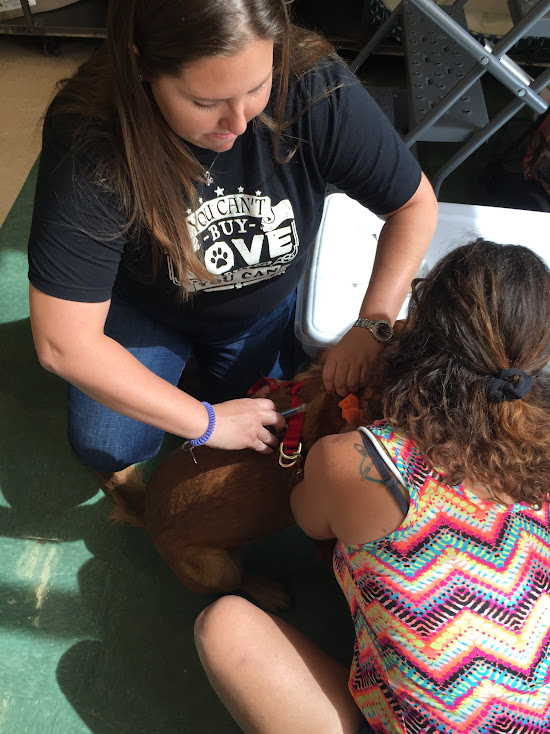 ...and a permanent home. So if he really was four years old back then, does that make him eight now? I wonder how long he was kept locked away and ignored in a back yard before he was thrown out to fend for himself in the Redlands of Homestead? I guess we'll never know for certain but he seems awfully spry for eight years old. Maybe he's only six? I suppose you could say the same about myself at 62  with a  fake pelvis. Perhaps we are a match. 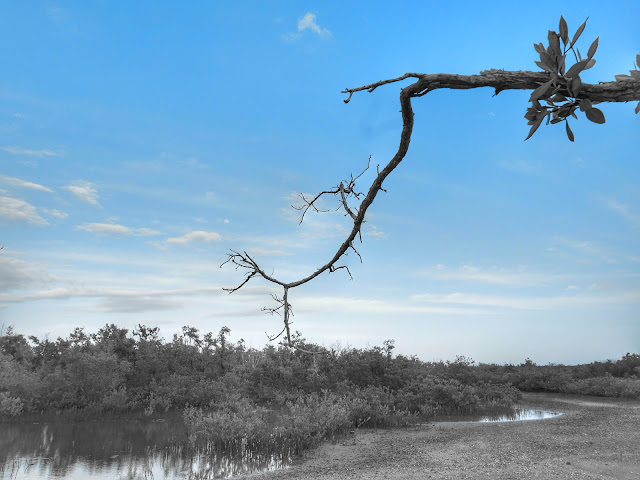 I have been debating another important issue in my First World Life. How little do I love my back up camera? I decided six months ago that I could make good use of a small pocket camera to supplement my big boxy Panasonic with the giant telephoto lense built in. I am a fan of modern all-in-one cameras, known as bridge or zoom cameras, rather than the clunky bulky inter changeable lens cameras (ILC) preferred by serious photographers.  I am not a professional and I like to travel and having to worry about just a camera, a microfiber cloth and a spare battery keeps my photography life simple. I have found that modern electronics and modern lenses, even in their least expensive versions are entirely adequate for my pixellated picture storage needs. My cameras cost between $350 and $400 each and they are complete with no accessories needed. To spend thousands on a camera body and several lenses to replace my bridge camera makes no sense for the kind of photographs I post here and on Instagram. When they no longer meet my needs I shall spend more money for more technology because time does pass and things do change. 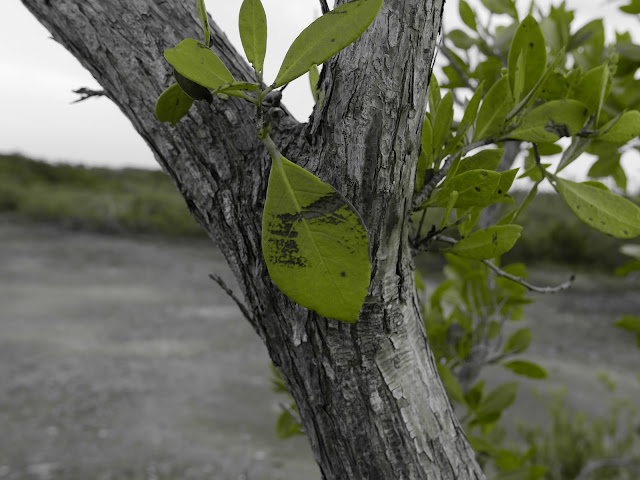 My main camera is fun and easy to use but it is large and I thought especially for when I go on the road that a small unobtrusive compact camera with a small telephoto built-in lense would be a good thing to have. Also if I break my FZ1000 far from home and my eBay access I will still have a camera that does more for me than a phone. So I bought another Panasonic to join my FZ1000 which I love using every day.  It weighs a pound and a half and looks like an interchangeable lense camera but it only has  a one inch sensor combined with 400 mm of optical zoom it is a capable package especially in good light. For my night pictures I fall back on intelligent auto and let the camera with its built in stabilization do the thinking.

Digital photography takes a lot of study to get it right. The benefit of electronics is also the Achilles heel inasmuch as you have so many options and choices and possibilities the whole business can get very confusing. Little wonder smart phones are wiping the floor with dedicated cameras in the world of photographic sales. But me, I am perverse. I don't enjoy using my phone as a camera and I find the limitations rather confining as pictures are hard for me to compose on the phone's  screen. Perhaps the iPhone 12 will convince me to believe that electronic telephoto is of age but so far I find my iPhone 8 rather inadequate for anything more than a snapshot. 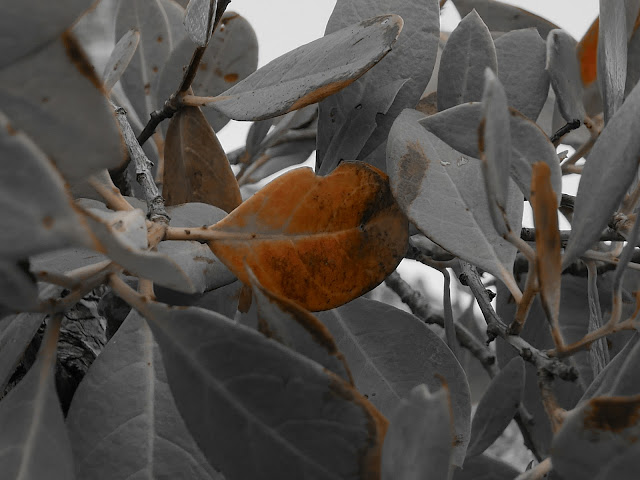 So I bought a pocket LX100 which is slipping into obscurity as the Mark 2 version came out last year with features I don't need, thus making the first iteration cheaper than ever. Great camera the pros said, fun to use and decent image quality. Jolly good I thought to myself and with the same complex menu system as my FZ1000 I figured it would be easy to learn to use. Boy was I wrong. The camera is as small as a phone covered with dials and no room to rest my big fat fingers. I was toying with the idea of putting it back up on eBay but my wife said keep practicing. She, as usual was right. I started learning from scratch using the manual controls for the slippery little LX100 and I have to admit I have been having fun with it at last. 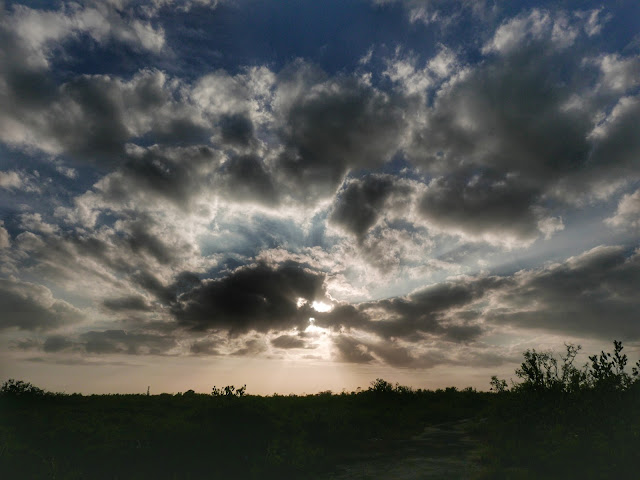 I gave up plodding after my dog who dived head first into some bushes and started enjoying for myself the setting sun and the shadows and the leaves and while I did I played around with the custom settings as well as the manual controls. Next month we are taking a ten day trip to the British Isles which title technically comprises England Scotland Wales and Ireland.  As this is my first visit to Ireland  I look forward to seeing where my grandfather grew up as I never in 60 years knew I was Irish and not English. From being the oppressor I became the oppressed.   My Scottish sister, filled with despair at Brexit, investigated our family roots and found she and I are both eligible for Irish (and thus EU) passports. She has filed her application and I am pondering the merits of doing the same. I expect we will have long talks in the car as we drive around in what I fully expect to be a cold rainy foggy vacation in County Wicklow. On the other hand there will be hills and all that lovely fog with woods and architecture and stuff which I don't get much of here so I shall practice being a photographer in a  temperate climate. Then I'll know more about my cameras and their shortcomings. 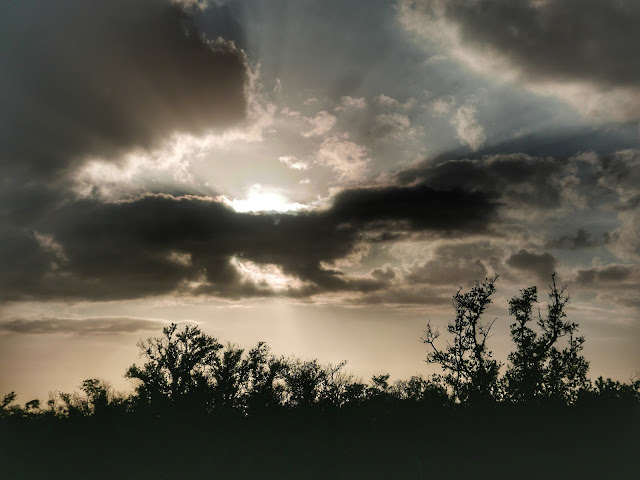 As always, playing around with the camera and its custom screens while standing around in bare legs and short sleeves in February is a timely reminder that it could be much worse than living in the flat and featureless Florida Keys! I figured out how to isolate one color in the custom settings and I greatly enjoyed playing around with it.  It is a bit embarrassing I admit as I think it is a rather outmoded trick past its prime but...it was fun messing with reality for a short half hour far from the 911 phones at work. I used the feature in several pictures on this walk and as silly as it is it made me smile. 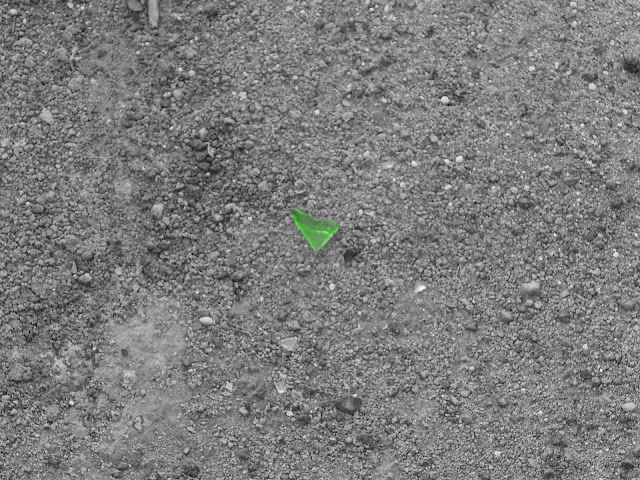 I had seen clouds on the drive in and I had hoped for a sun drenched sunset but it wasn't going to be, so I closed the aperture down to make it look darker than it was, and more dramatic, as we ambled through the mangroves back to the car. Gloomy and threatening seemed to satisfy. 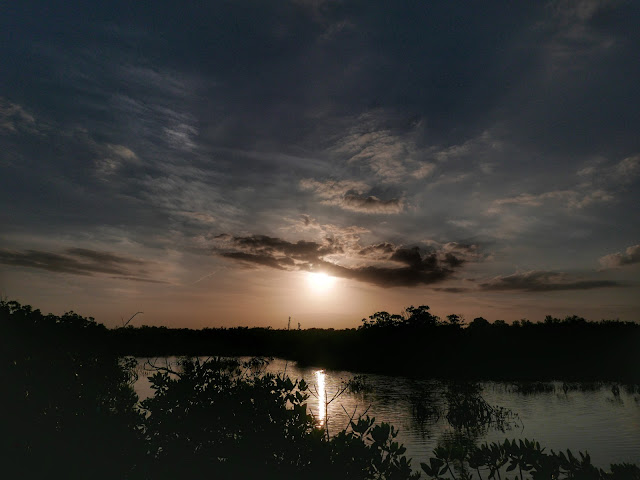 For contrast here is a shot I took on Spanish Main in mid suburbia with the camera phone on my way with Rusty before the walk. Proper sunny colors and nothing out of place (I was stopped and not therefore about to nail the mailbox). Boring but useful snapshot photography. Much better to have a camera with miles of menus and settings and a wide angled to telescopic lense. 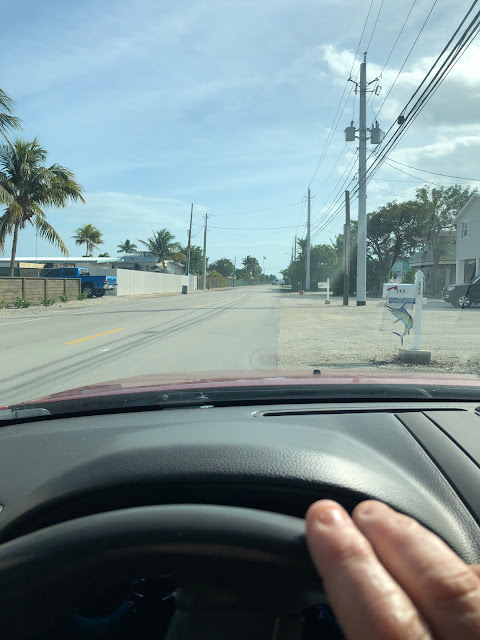