I'm not completely sure what happened to me yesterday but when I got home after my third long night of work in a row I loaded Cheyenne into the car and drove back to Key West. I was primed not to go to sleep just yet and I wanted to stretch Cheyenne's legs as they only get exercised chasing smells in the Big City. I was quite surprised how energetic I felt. Mind you as we slowly approached the Southernmost City in the middle of a long line of crawling commuters it occurred to me it might be quite a damp walk as I saw piles of black rain clouds amassing over Key West. 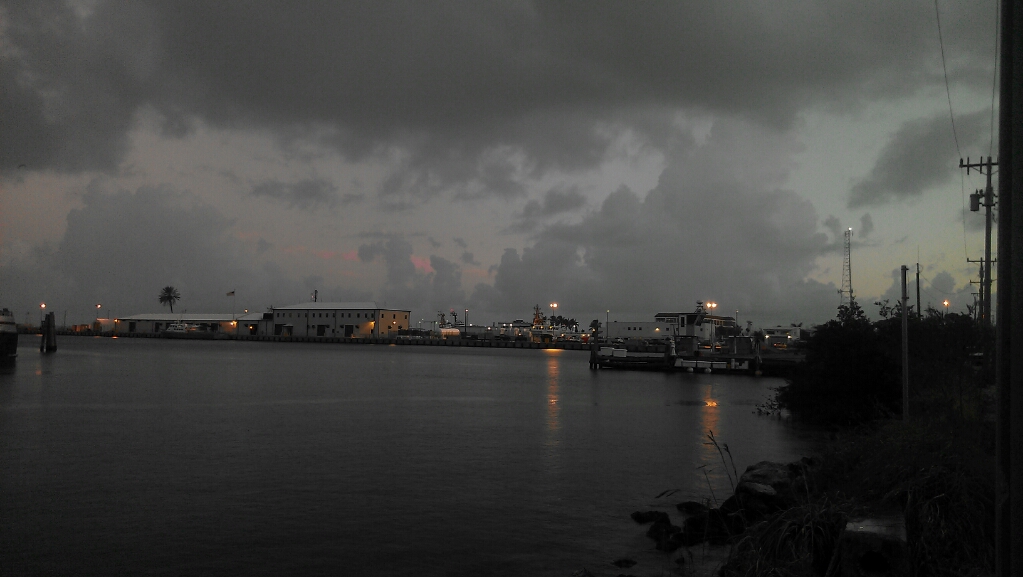 I was quite proud of myself as in addition to collar and leash for Herself, plastic bags for community welfare and my camera disguised a phone I also remembered to take my New England umbrella, purchased in Portland, Maine last summer. It was a vacation impulse purchase to ward off their version of summer, which consisted of cold rain and strong biting winds. Maine is too robust for my tropical constitution, but I was pleased to note the brolly did a first rate job under the paltry warm rain falling dismally on Key West. Cheyenne was so glad to be in the city she ignored the water completely. 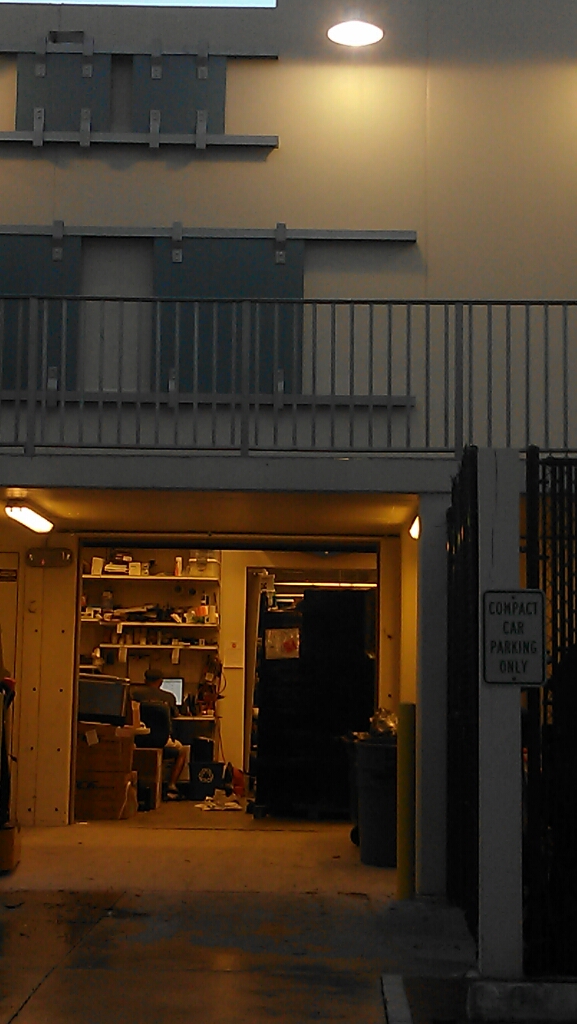 We strolled past the new West Marine building on Caroline Street, a vast mausoleum dedicated to the very 20th century proposition that boating requires spending money on lifestyle accessories. I saw the dude poring over his computer screen in the shipping office and I reminded myself I was never much good at retail even at West Marine where I fed my boat with parts purchased consuming my every pay check, it seemed like. 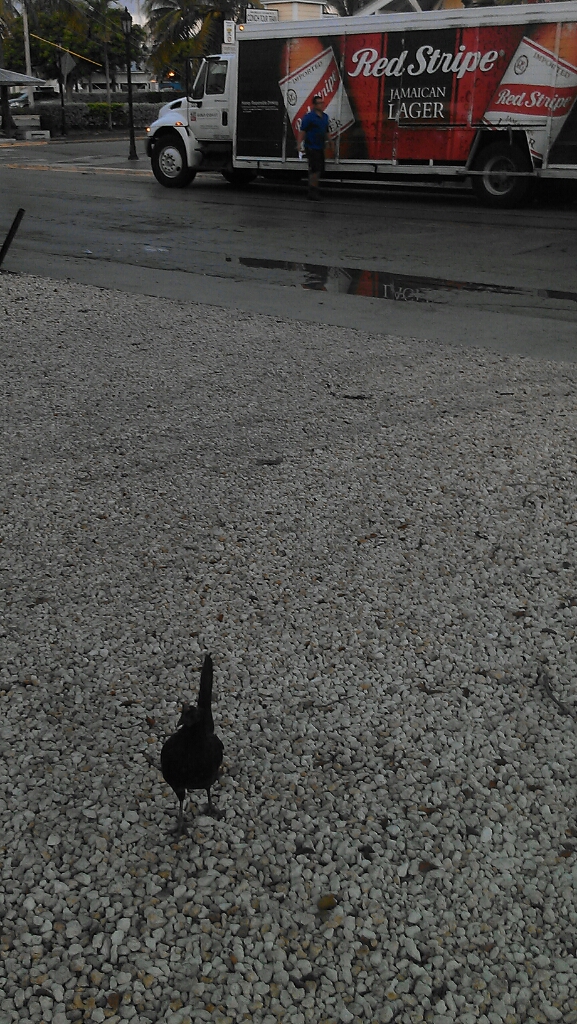 Chickens. I am not fond of Key West's free range foul. They are noisy and scratch dirt everywhere and are so used to people they are developing a bad habit of panhandling. Cheyenne frightens them a bit so they tend to stay away but she has zero hunting instincts and ignores them completely. Later in the walk one chicken was not so lucky as some bloody fool was walking his young dog not only off leash but without a collar. The chicken ducked and zigged but the dog was in hot pursuit while his spaced out owner walked off in the wrong direction. Cheyenne was blissfully unaware of the Chicken Death Drama so my attempts to rescue the wretched bird were stymied by my canine anchor, but as it was a delivery driver was moved by the squawking to rescue the bird from the playful pit bull. As it was the dog owner slapped his dog as though the animal were to blame for his insouciant stupidity and the chicken stalked off wet with dog spittle but none the worse for wear. "He's just playful" the idiot dog owner told an incredulous world. I told Cheyenne she was lucky she had me to protect her from idiocy. 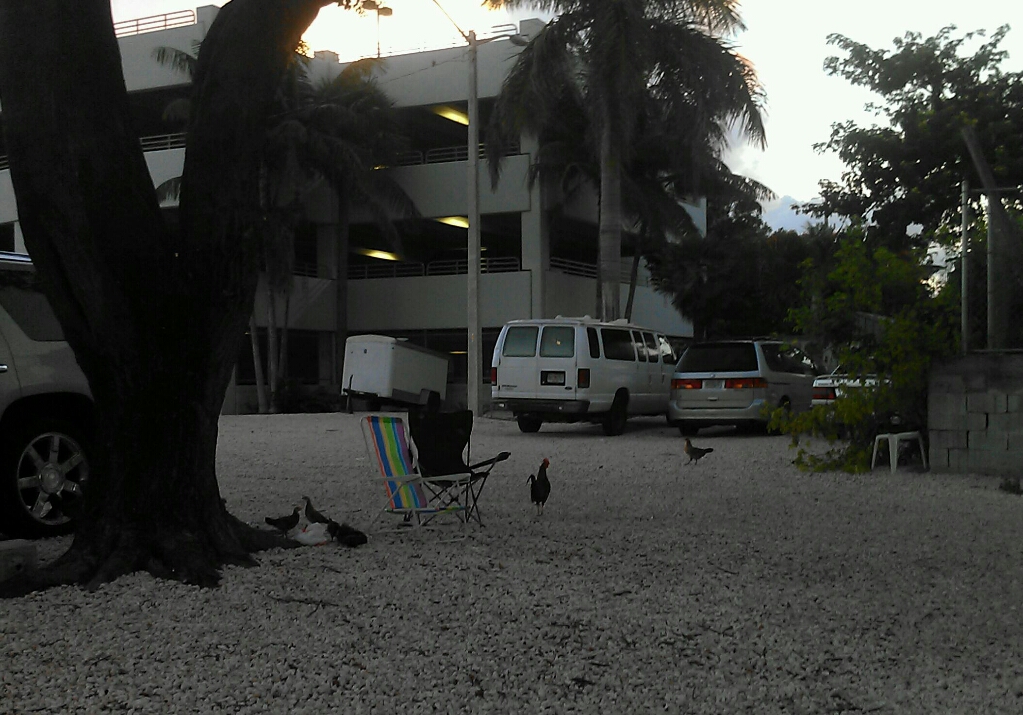 I don't know why, but Cheyenne loves the Caroline Street corridor. I take her elsewhere in the city and she gets out of the car, looks around, walks a block and then goes back to the car hauling me along behind. I have learned to yield to the inevitable and we go straight to Caroline Street directly and she wears herself out happily in this place. 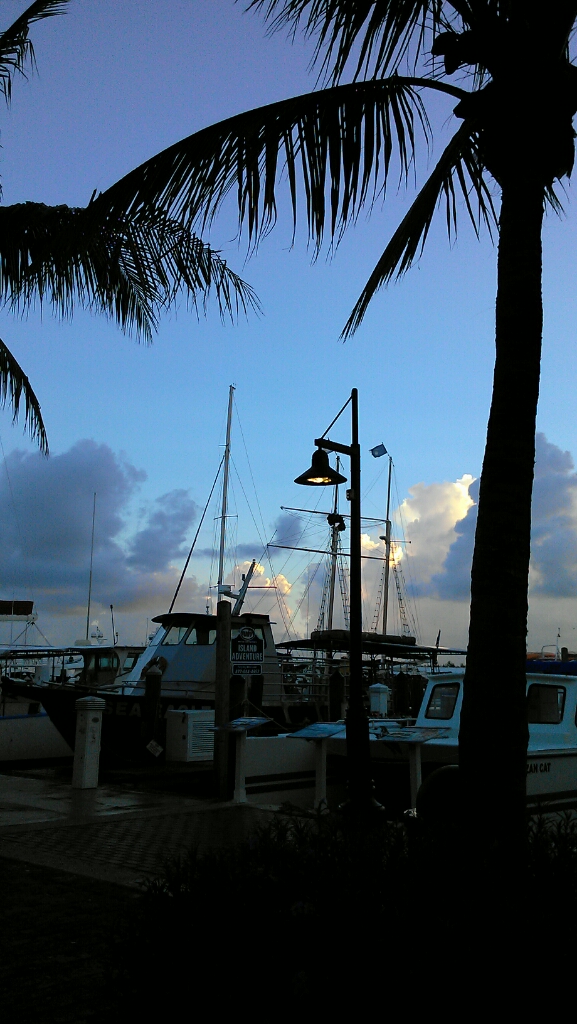 Luckily I keep seeing things that appeal to my eye, I ran into Doug from This Week On The Island and we exchanged notes on the progress of summer and all seems to be well with our worlds and our dogs. Doug is tired of the hotel construction underway across the street from his house and I lamented with him that parking will get really interesting with 96 rooms and 36 spaces. 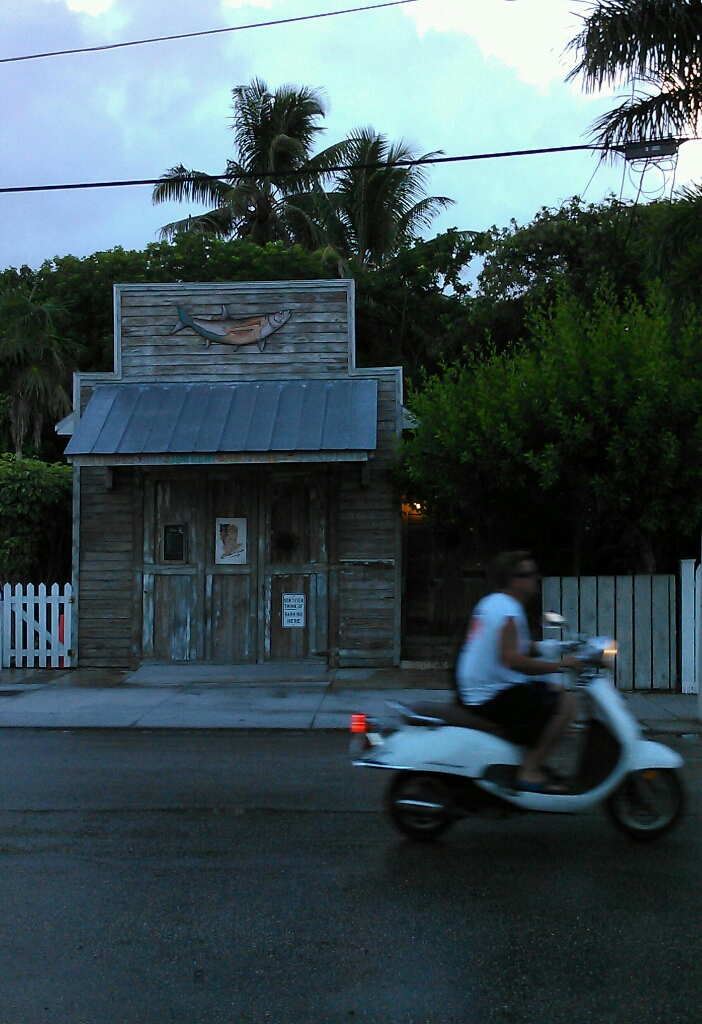 Then I found what used to be Key West Trip Advisor's most popular restaurant, Garbo's Grille, a form of food truck which used to be parked on Greene Street and did a land sale business, so imagine my surprise when I found myself strolling past the familiar truck now parked on the Simonton Street side. At first I figured it was abandoned but then I looked again and it seemed to be set up for business with the flower pot decorations. 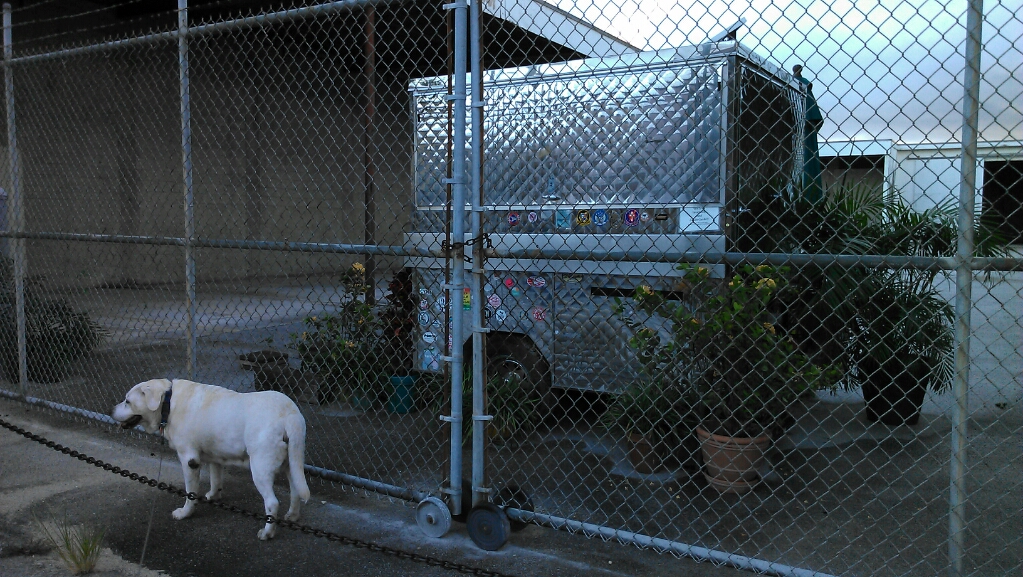 For a short while there the skies cleared as the sun came up and I hoped for another glorious sunny start to the day. I pondered the anniversary September 2nd, much celebrated of the first swim across the Straits of Florida. 64 year old Diana Nyad has been lionized for her 52 hour achievement which I do find a bit odd. I mean by that she is not the first to swim from Cuba to Florida as a 22 year old Australian woman swam across in half the time in distant 1997 but she was inside a shark cage made of wire. At the time Nyad congratulated her limiting herself to telling the press that such cages were "controversial" as she well knew having used one such in another swim in 1978, she said. 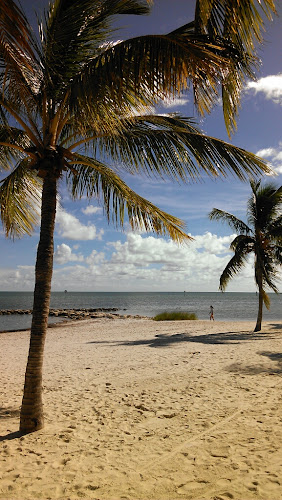 On last year's attempt, her fifth Nyad made the crossing without a cage, so not even the most malicious could say she was in any way "towed.". Which seems to have catapulted her into the limelight and the league of winners. Susie Maroney, the upstart doesn't rate. I think it enough to imagine being 64 and swimming a hundred miles in any direction and living to tell the tale. That seems like an ample record. 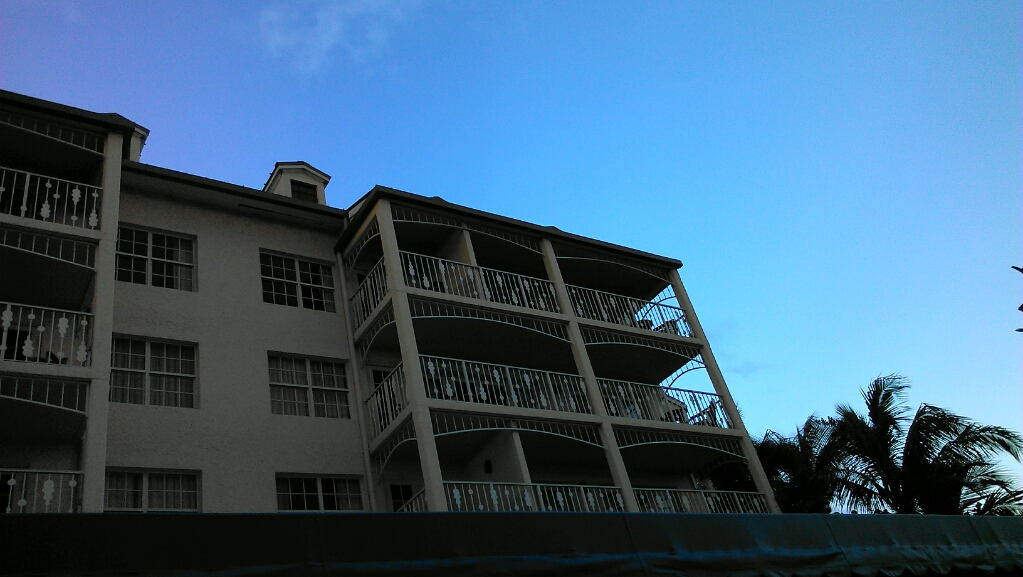 Aside from all that Nyad's epic swim seems to have done nothing to ameliorate Cuban-American relations, which would have been a nice outcome. With all that done Nyad now is going to walk across this country, not for the sheer pleasure of the stroll but to"raise awareness" of obesity in America. Like we aren't yet sufficiently aware. I like Webb Chiles' attitude toward the business of "raising awareness" this taken from his blog of his latest and sixth round the world sail:

Bill in England sent me some links about two men attempting to break the record for sailing an open boat around Britain. I didn’t know there was one. 78 days seems slow to me. Baring mishap, they should do so easily.

However, I am going to criticize them. Not for making the attempt; but for claiming they are doing so to raise money for a charity. That the charity—a very worthwhile one—is so uptight it has disavowed them is irrelevant. 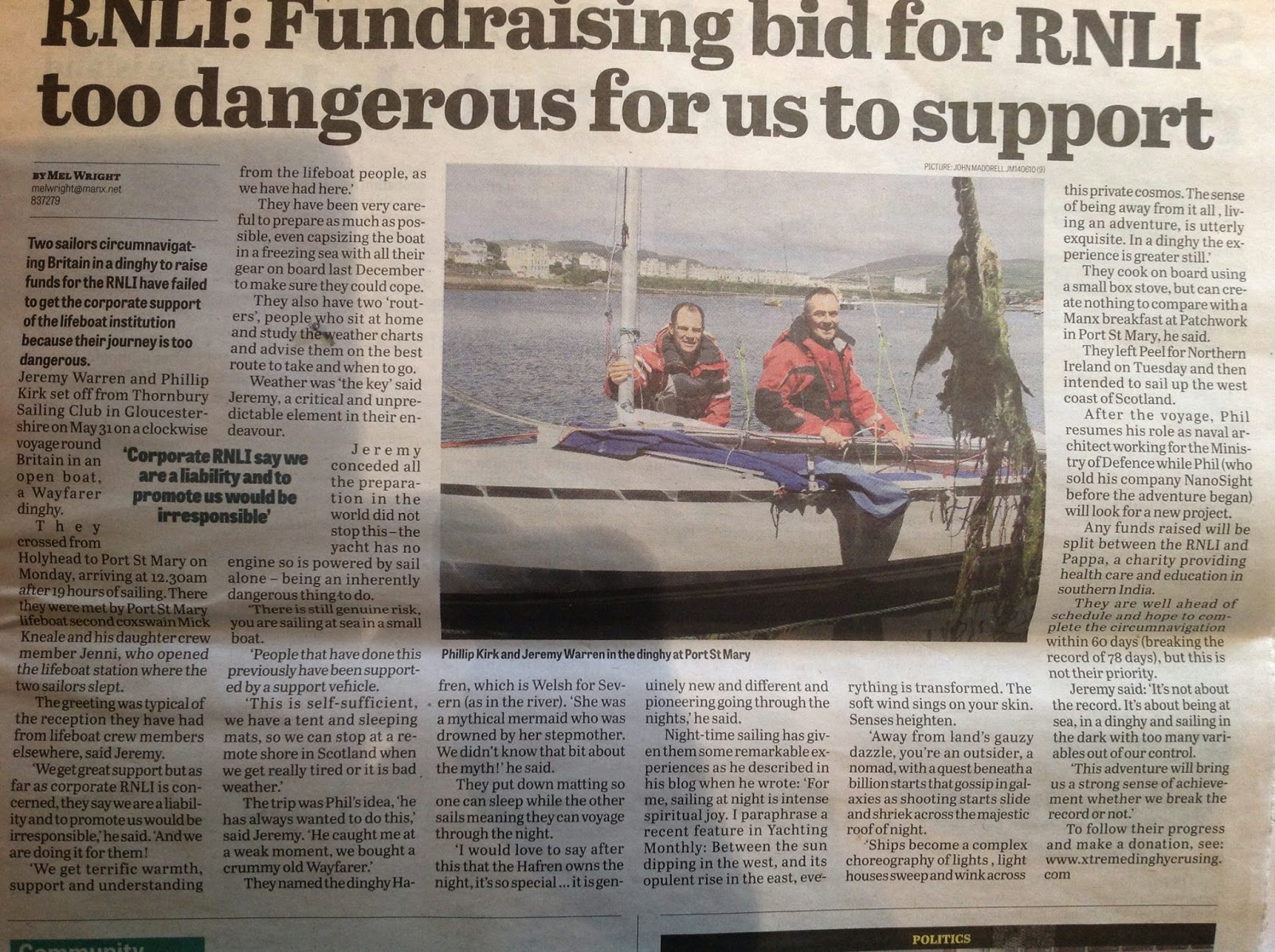 Sail because you want to sail. No pretense or pretext needed.

"No pretense or pretext needed" are words to live by in this age where everyone is amusing themselves under the guise of being virtuous. On the subject of virtue I saw the parking lot guy at the Pier House staffing his post at the parking lot entrance off Duval Street. His foot in a cast, no pantywaist sick leave for him. Naturally I view sick leave as humanitarian but I am in a minority among stoics. 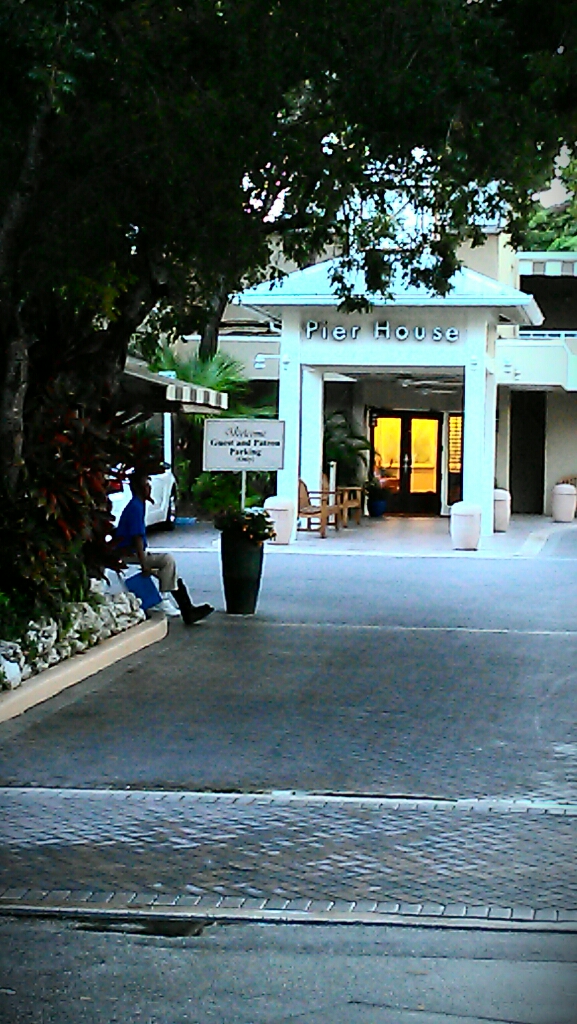 And then the rain started, as we passed the front of the Customs House and I started steering my still eager panting Labrador back toward the car a dozen long blocks away. We took refuge under an awning so that Cheyenne could catch her breath and we could stay somewhat dry. Not that rain is terribly cold here this time of year but it isn't hot either. So we sat and watched the rain come down, Nature's attempt to clean the city.

I love the sturm und drang of summer in the Keys, wild thunderstorms making celestial light shows, illuminating thunderheads in ethereal pinks and purples, piles of clouds in the sky illuminated like flickering Chinese lanterns. Sudden gusts of wind, palm fronds swishing like surf on a pebbly beach. Sudden catastrophic floods of water from the sky. The greatest show on Earth: 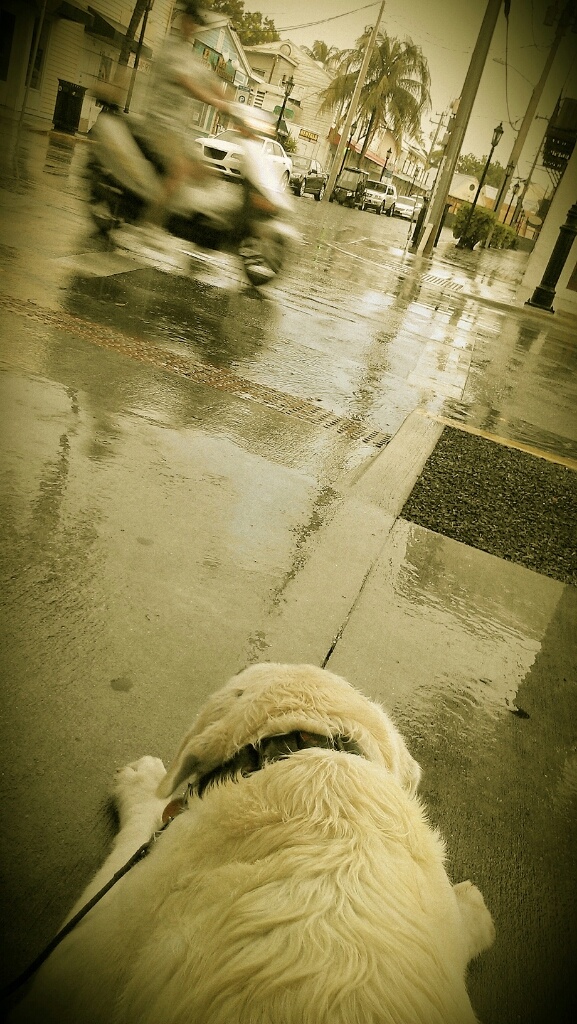 And then it's all gone and summer returns, as temperatures wick back up from the mid 70s to the mid 90s. I love that it rains in the heat of summer and not on frigid, short, gloomy winter days. Rainy season in summer is glorious. 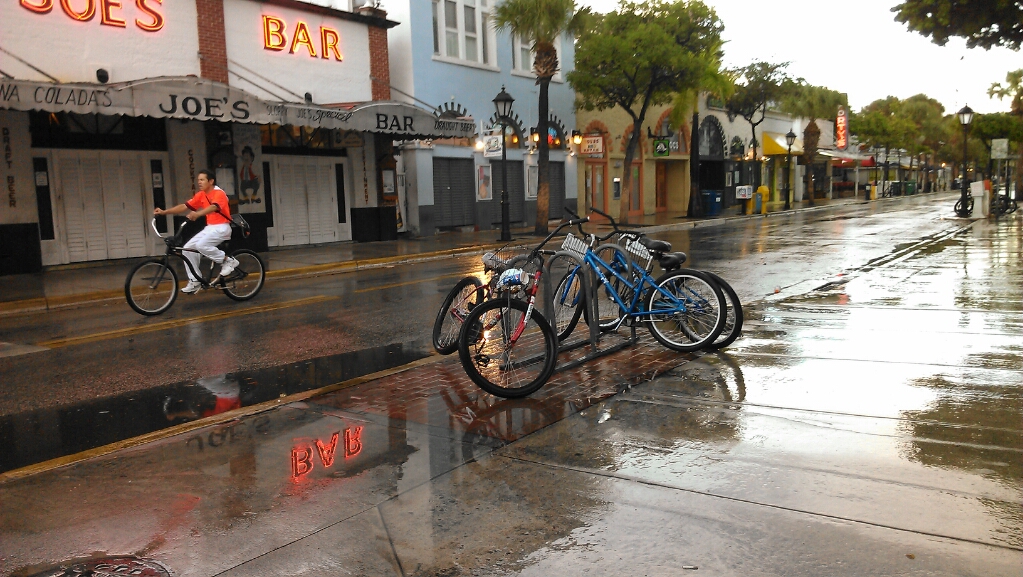 One thing I did notice on my way home...the Boulevard didn't flood! Success! I needed to get home to bed, to sleep, sweet oblivion. My dog was exhausted; mission accomplished. 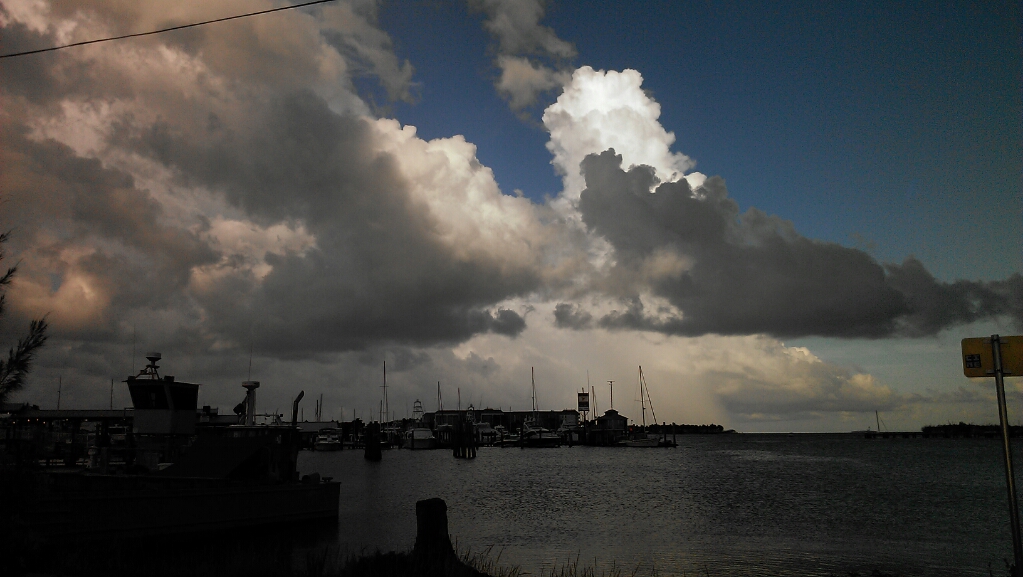 Big white clouds puffing in under bright blue skies. Heat and humidity as is proper down here about now. Here comes the sun! Ah, Florida!