On my most recent trip to Miami for another doctor's visit my wife, who is protective of me in these strange times insisted I not drive. Normally on our road trips I am always the driver while she navigates and organizes lunch stops and hotel rooms and all those other critical details. For me to cross the Seven Mile bridge in the passenger seat...well, that's a rare thing indeed. 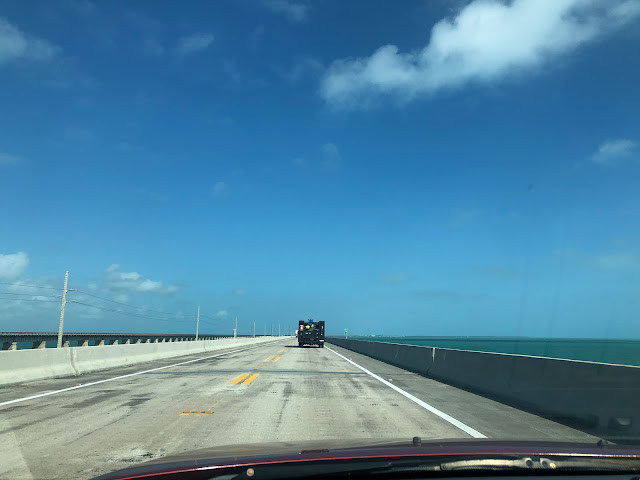 My nap ended somewhere near Islamorada and when I struggled back to complete consciousness I looked around for something to do.  With accommodations and an evening out with friends already planned all I could think was to test some manual settings on the camera. Lobster traps! Done: 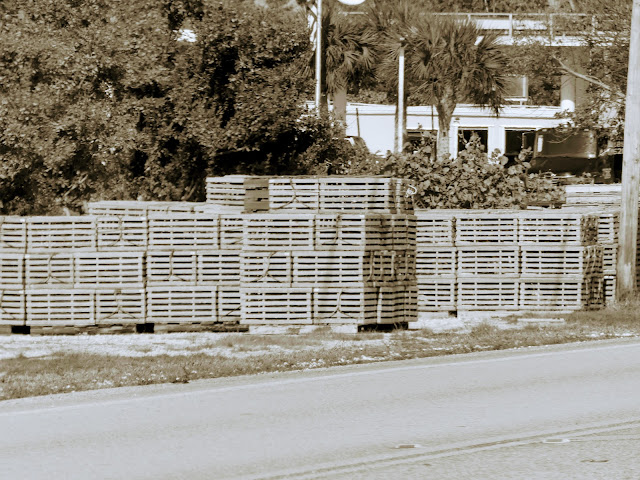 Then I thought to myself: here's a challenge. Let's see if I have the speed and the wit to capture faces as we buzz along between 45 and 55 mph. Let me tell you, if the quality of the pictures doesn't speak for themselves, it's not easy. 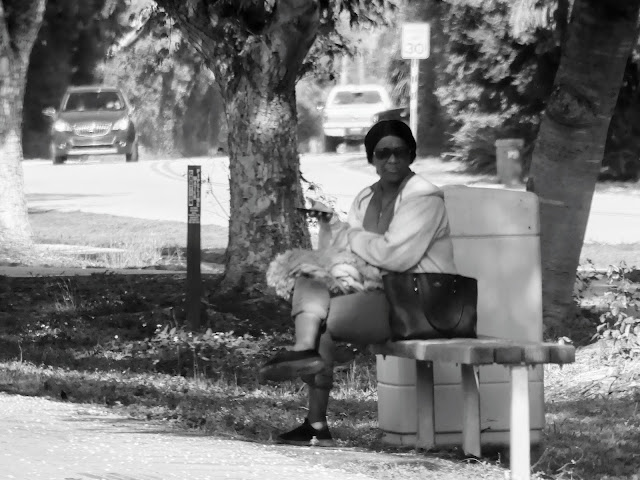 The Upper Keys are a world apart from the Lower keys. This part of the world has no central focus, there is no Mallory Square, the homes are scattered alongside the highway and the land may be only a few hundred yards wide. Around here you are within an hour's drive of the great metropolis and laborers can be hired and bused here from Homestead easily enough. There is much less of that sense of isolation that you get in Key West. 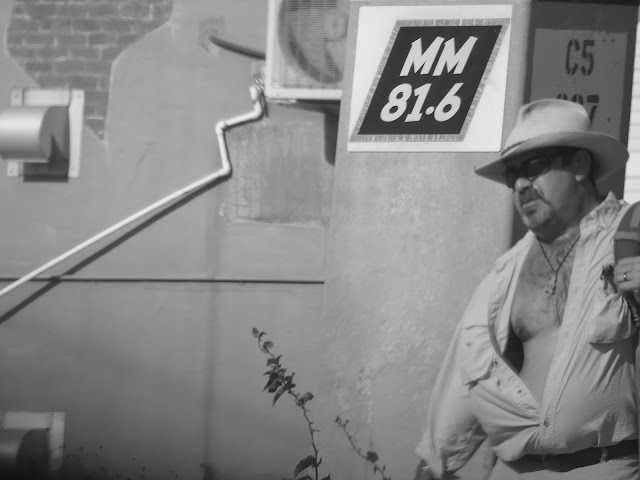 It's more manicured here, neater, with vast vegetation allowing only occasional ocean glimpses. For all that there is very little dirt here in some ways it feels more removed from the ocean to the casual passer-by. 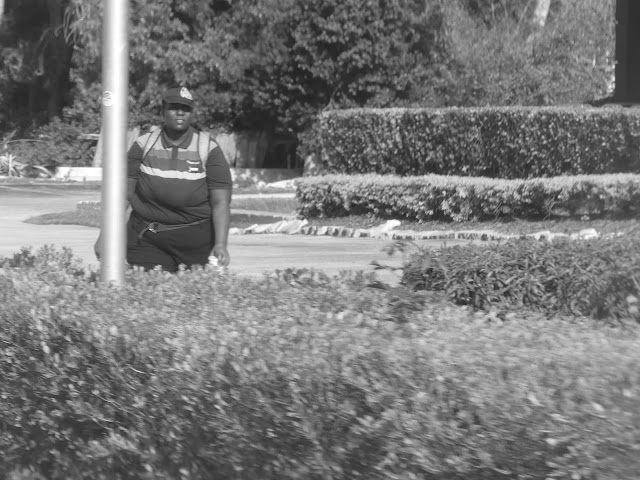 Driving through here and trying to actually look at the passing scenery put me in mind of the TV show called Bloodline which was I thought an excellent representation of life in the Keys. It also managed to show me a bit of life in the Upper Keys, life constricted to either side of the road. From an outsider's perspective you could see it as claustrophobic and when I think about that I make myself life. I live on an island two miles by three miles bisected by the same highway. 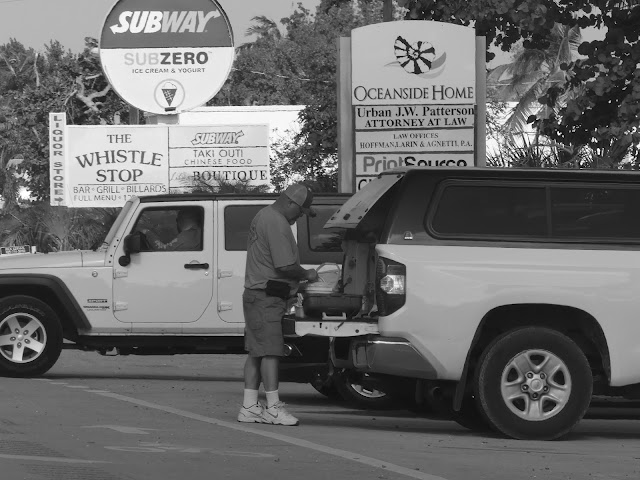 No helmet no gloves and sandals on his feet with an innocent passenger. I see this differently now, I wince instead of remaining indifferent. I wonder how little they value their lives? 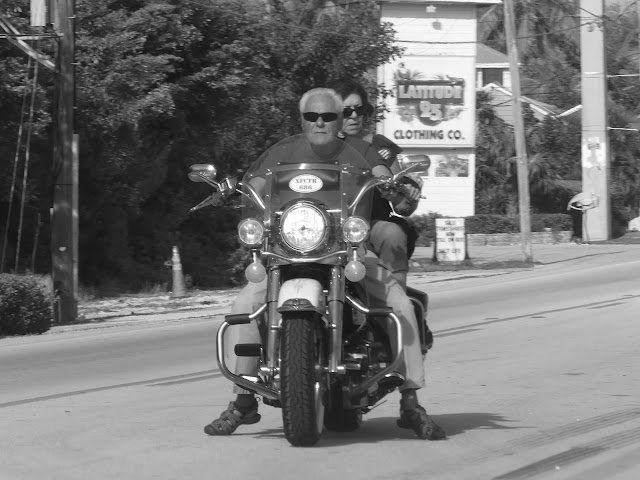 Most of these communities are a blur to me, I drive by on my way somewhere else, but the the problem is, were I to stop I wouldn't know where to go. 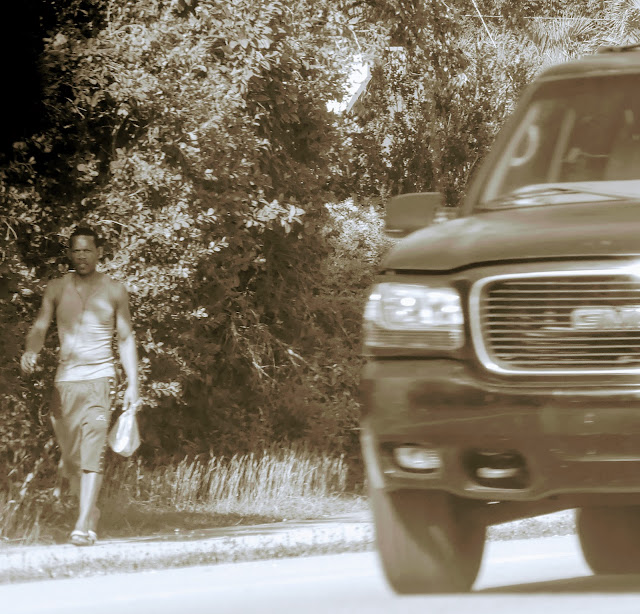 There are places you can catch a decent view but the Upper Keys to me represent the flow of people and traffic. 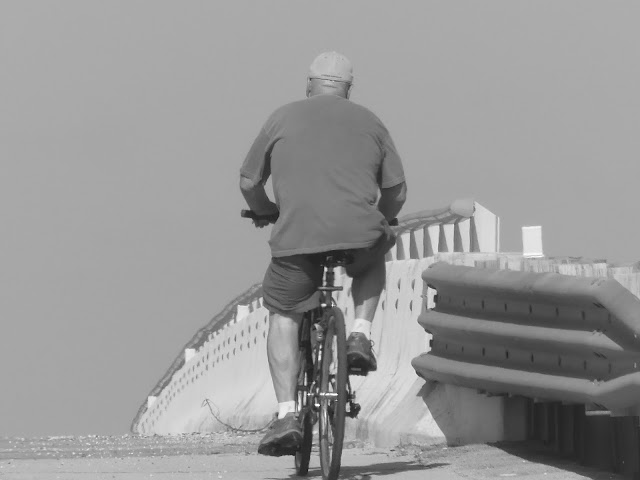 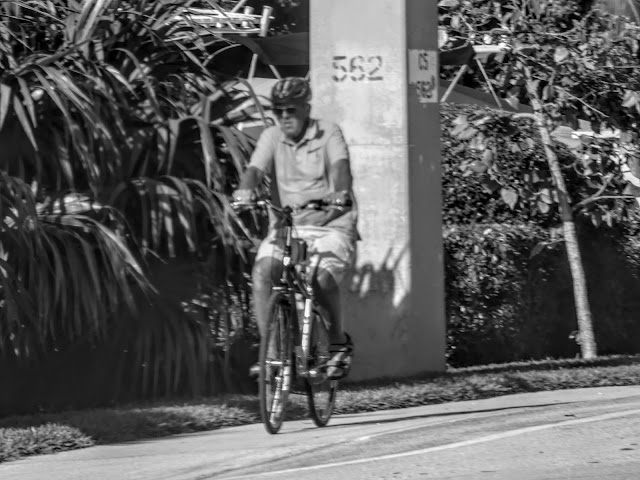 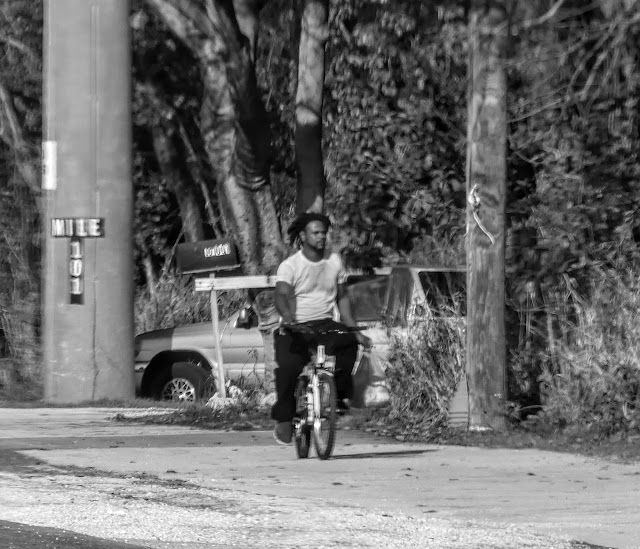 And pretty soon I was in Miami, as usual.
Posted by Conchscooter at 12:00 AM 4 comments: