Our computer aided dispatch system at work has the name of every business in town listed in its search function. You call 911 and say you're in front of say, a convenience store and we know exactly where you re. Clever, huh? Of course you could just give the street and number or the intersection but for tourists in particular the feature is literally a life saver. It's common in emergency centers everywhere, of course. You could tell me you are at the ferry terminal, 100 Grinnell Street or the Buquebus (boo-kay-bus), which was the name of the Argentine company that first ran ferries to Fort Myers from here. The boat shown below takes people to the Dry Tortugas, but anyway...It's the ferry terminal.

Then there are the weird places, and I find out they are weird when I tell a Trainee "It's at The Ramp," and the Trainee looks quizzical. That's when I know some people don't remember the old boat launch ramp at the corner of Bertha and South Roosevelt on the south side of the city. They don't usually know what the Buquebus is either. I love the mysteries of CAD. 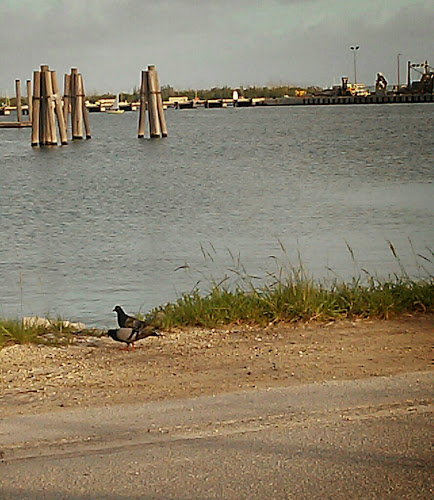 Looking at two pigeons (not chickens at least!) chasing food particles invisible to the naked eye I became aware, slowly, that this spot is in CAD and is most likely not known of a lot of people as The Toxic Triangle. The electrical generating tation on her side of Trumbo Road used to spew left over nasty stuff into the waters here. Ooh, look! An old pipe... 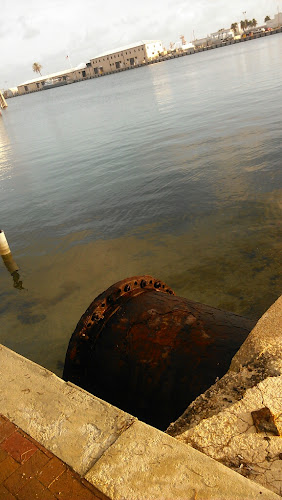 The Steam Plant is now a bunch of unsellable luxury condos. They were offered initially for more than three million. They have six left according to the sign out front and one and a quarter million will get you one if you want. Plus taxes I guess if people like that bother with piddly details like the glue that keeps the community together. 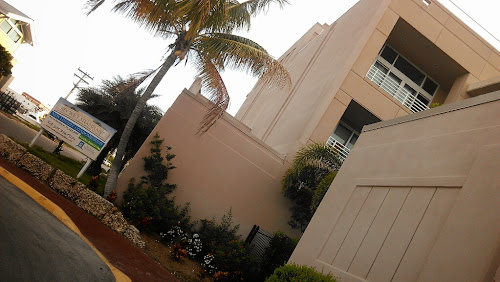 The seawall at the Toxic Triangle used to be a free home to a motley crew of boats, homes floating in a peculiar sludge that was supposed to be seawater. I visited my friend's boat but never swam in the water. nowadays the water looks great and smells like ocean. And the US Coastguard lives across the water from the seawall that is now devoid of water rats eyeing out a living. This smart dude seen below was heading for the base half an hour before they broadcast the recorded national anthem over a tinny speaker to start the day. A proper military band would be much cooler, but everything is a victim of technology and budgets these days. 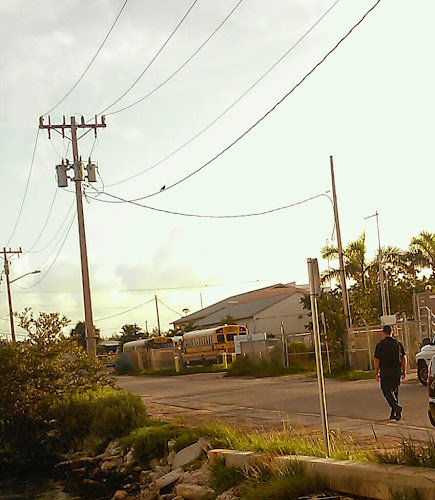 I enjoy Trumbo Road, a slightly shambolic street untrimmed and very useful as it gives access to e school district headquarters and the landing craft that ferry supplies to Sunset Key the true home of one percenters in Key West. 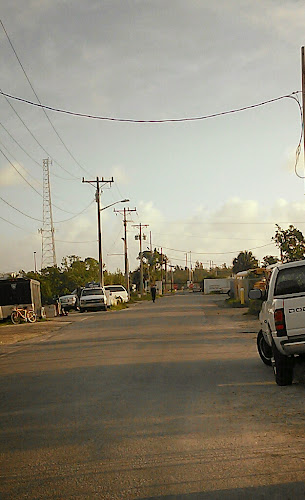 I like this side of the harbor rather than sterile Sunset Key. Had I the millions I'd buy an apartment here rather than over there. Here it's lively, chaotic from time to time, messy and yet no longer toxic. Who says there is no progress?