I have been a police dispatcher in Key West for 15 years and yet every year, even now a new place pops into my consciousness. Now I know Lake McKillip exists. I have also discovered the man it was named for died just about a month ago at the age of 84. All this because I was wandering at random through New Town. 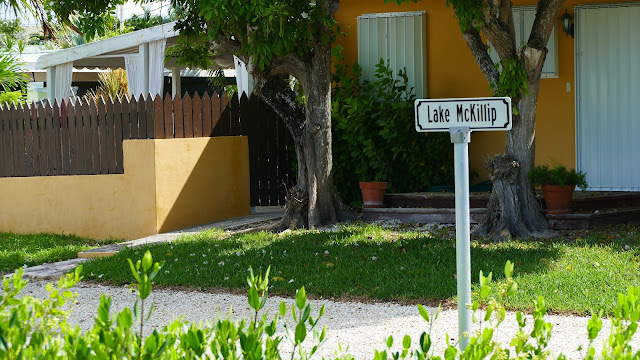 The Citizen reported a year ago on the naming of  this stretch of what is technically the Salt Run Creek that runs across the middle of the city and Mandy Miles included an interview with the 60 year resident at a home across the street from the Lake. 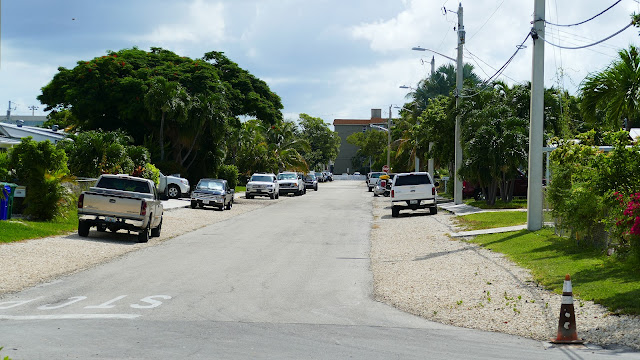 "John McKillip can still remember that it was a Wednesday when he and his wife moved their 4-year-old son into the home he’d built at 10th and Fogarty in 1960.

“It was right after Hurricane Donna came through in 1960 and I was working six days a week in Marathon as a foreman on the construction jobs to rebuild Marathon after the storm,” McKillip recalled on Tuesday. “On Sundays, our only day off, my crew of up to 43 men would come over to my lot and work on my house.”
McKillip paid $3,250 for the vacant lot in the late 1950s.
“Now I wish I’d had the money to buy all four that were available, but I do think I picked the best one,” he said." 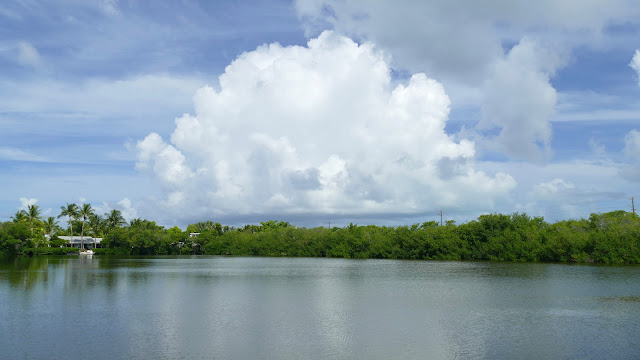 According to the obituary in the Citizen McKillip fought to keep the lake view open in his neighborhood and was surprised when his work was rewarded by a  surprise announcement from the city commission naming the lake for him. 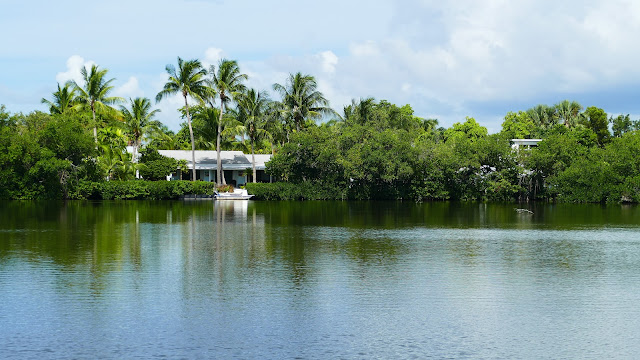 And now there is a boardwalk too from which spot you can stand and admire the waters and the view: 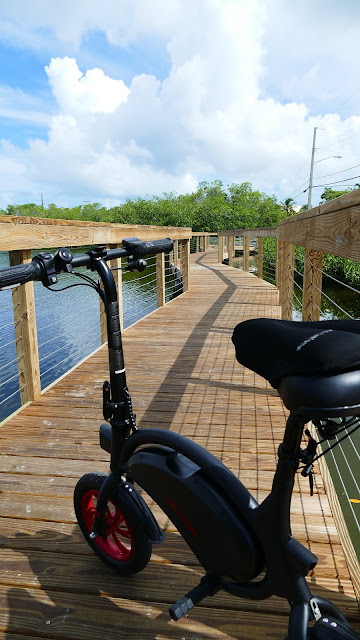 A good place to take a break while testing your new electric scooter.
Posted by Conchscooter at 12:00 AM 3 comments: