The Proper Way to Spend A Sunday 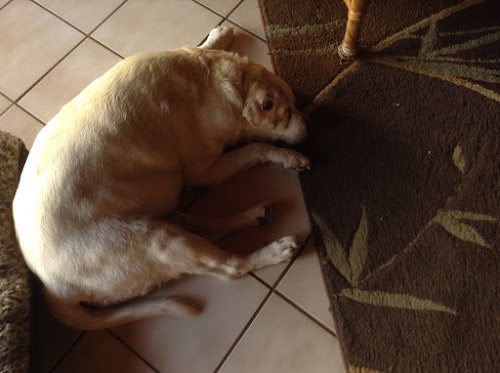 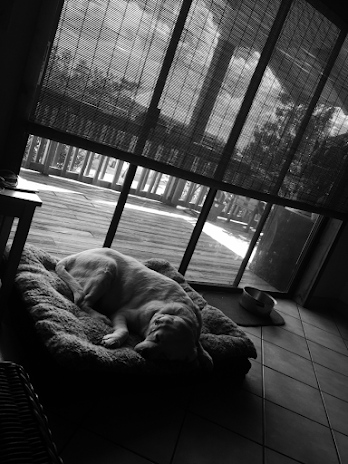 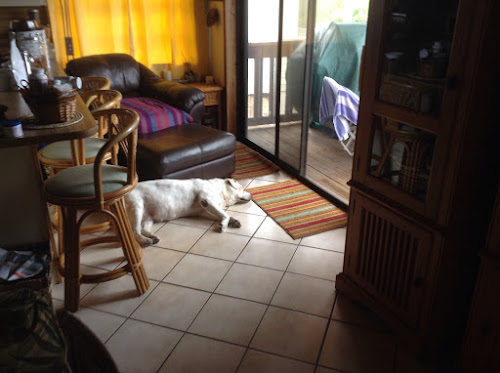 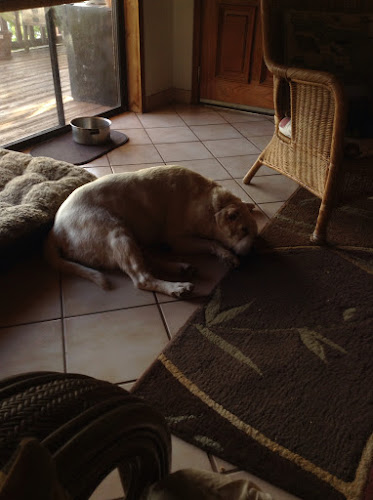 Posted with Blogsy
Posted by Conchscooter at 4:42 PM 3 comments:

At Work In A Time Of Stress

The BOLO (Be On The Lookout) said the suspect was a white male last seen wearing khaki shorts, blue shirt and  had dark curly hair. Not me I yelped at Kristi (my alibi) as she took my picture. 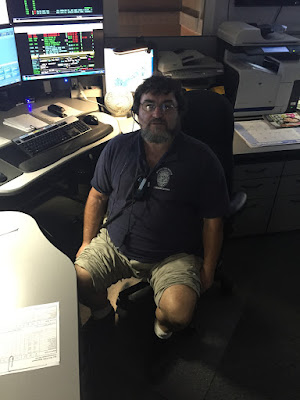 Makes you wonder what mischief she was getting up to over my shoulder. 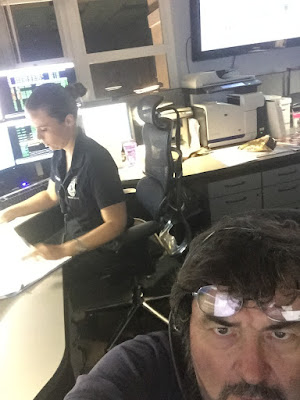 JW has been using his initiative to help officers collar  the bad guys, and he's only been working with us for about a year, and half of that was training. Didn't stop him showing up in the newspaper... 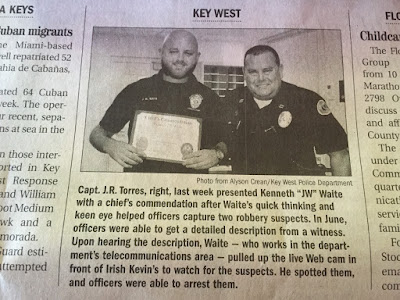 Yup, he's real and he loves the work. JW grew up in Key West and is a fund of stories about his hometown when he isn't getting commendations. Three generations live in his home and he wouldn't have it any other way, grandparents, wife and child all under one roof. It would drive me mad, all the family cacophony but he trives on it and comes to work energized. 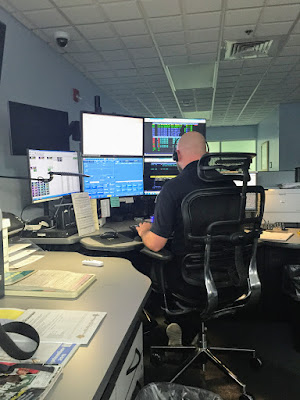 Sometimes we run low on dispatchers, like when Nick, rather unreasonably left JW and I in the lurch and took a  driving vacation in California.  So on a night when we had no help and we both needed to go to the loo we had to beg an officer, previously trained in dispatch to sit in for us for a short while. That's the dispatch life, unable to get up from the desk unless your radio is covered by someone else in the room. 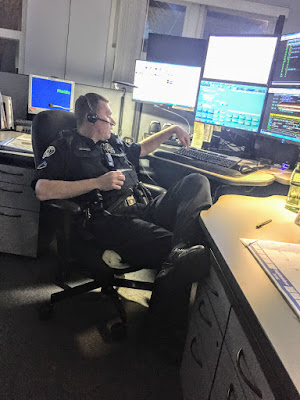 And yet, as hard as it is sometimes to listen to endless streams of human misery we find time to talk, exchange ideas (JW is working hard to convince me ghosts really exist) we order in food sometimes and the outside world never sees us or thinks about us. 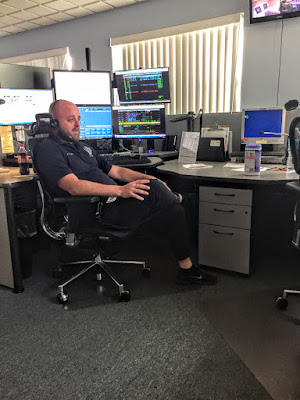 They notice us all right when we aren't doing our jobs fast enough. Officer Rodriguez got a bit blatant when he thought I should have got his paperwork to him faster...he picked up a newspaper and started reading it- and I am pretty sure it was right side up. So I took his picture, handed him his  paperwork and got a sly grin back. We try to remind ourselves we are just humans dealing with inhuman situations form time to time. 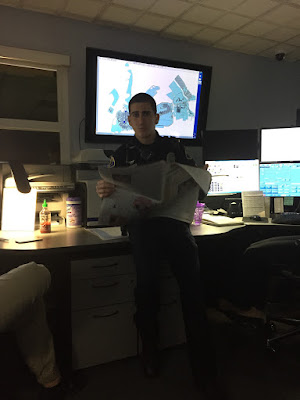 It's been a strange eleven years and I never thought I would have found myself taking 911 calls before I came here. But right now I can't imagine a job I'd rather do. Where else can a  civilian hold up a police officer and make him laugh at the same time? Its a tough time to be a cop but the ones I work with are half my age and nothing like what some will tell you cops outside the Conch Republic are said to be. This stuff is too bizarre for me to understand, and its happening all over the place:

Arby's apologized Thursday after a Florida employee refused to serve a police officer -- though the employee is keeping his job.
Pembroke Pines Police Sgt. Jennifer Martin wrote in an incident report that she went to Arby's on Tuesday night and ordered at the drive-thru. Clerk Kenneth Davenport, 19, took her credit card, but it was restaurant manager Angel Mirabal who returned, saying, "[Davenport] doesn't want to serve you because you are a police officer," Local 10 reports.
Martin said she was uncomfortable, but went inside to get a refund and asked for the employees' contact information. Mirabal, 22, reportedly laughed, and said Davenport was allowed to refuse her service. He gave her back her money and his contact info, but Davenport refused to give his name.
Arby's CEO Paul Brown apologized in a statement penned to area police departments, saying that any officer in the Miami area can get a free combo meal on Friday:

Please accept our sincerest apology for the recent incident that occurred at our Arby’s® restaurant in Pembroke Pines, FL. This isolated incident does not represent Arby’s Restaurant Group (ARG) views and Arby’s values. We appreciate all that you do, as well as the hard work and sacrifices of your fellow law enforcement officials in communities across America.

In a statement to The Huffington Post, an Arby's spokesman said the manager, Mirabal, was fired. Davenport was put on temporary paid leave.
"This was a complex and difficult decision, but as a company that highly values trust and fairness, we ultimately found that the crew member was not involved other than to attempt to remedy the situation," the statement said.
Davenport's grandfather told Local 10 that the whole thing was a joke and that the teen's words were "taken out of context and blown into something much bigger than what it should be."
The Arby's spokesman said that Pembroke police consider the case closed and that Brown will travel to the area today to visit restaurants and hand out free meals to officers.
Posted by Conchscooter at 12:00 AM 2 comments: