I dreaded the changes coming to Truman Waterfront, the thirty three acres of former Navy Base deeded to the city two decades ago by the Base Realignment and Closure Commission. Tow decades of abandonment was fantastic, a spread of weeds and old buildings run wild in a city so cramped you can't sneeze without infecting ten neighbors.  Then came plans for development and modernization and on and on. 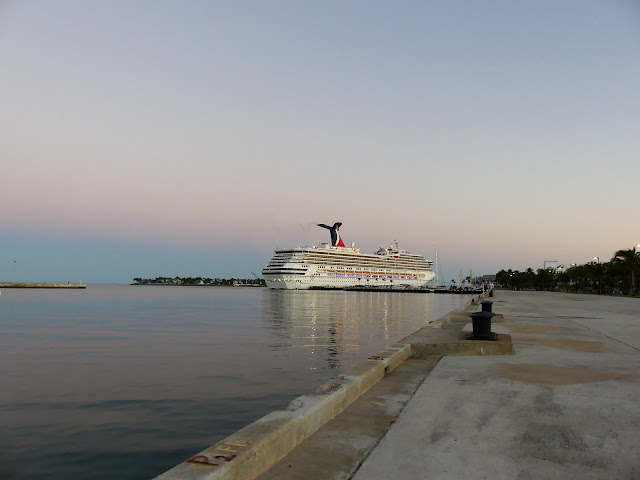 Instead we have an amphitheater which seems to be used little and cause none of the anticipated neighborhood irritations and lots of open space with nice lawns winding paths and saplings promising future shade. I was astonished my big camera could spot two passengers watching Key West from their distant cruise ship. They are a bit pixellated but look how far away was the ship! 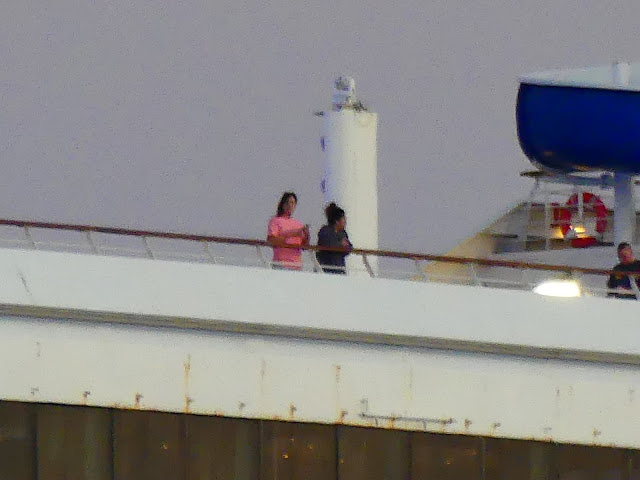 I watched them cast off the ship slowly and methodically. 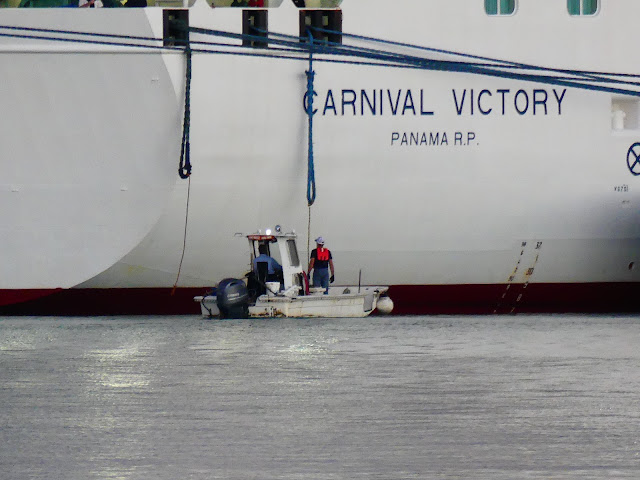 I heard a rumor a while back someone dropped a rope into the sideways propeller that pushes the ship off the dock. Not a good thing apparently. This lot worked in harmony and looked surprisingly crisp through the viewfinder: 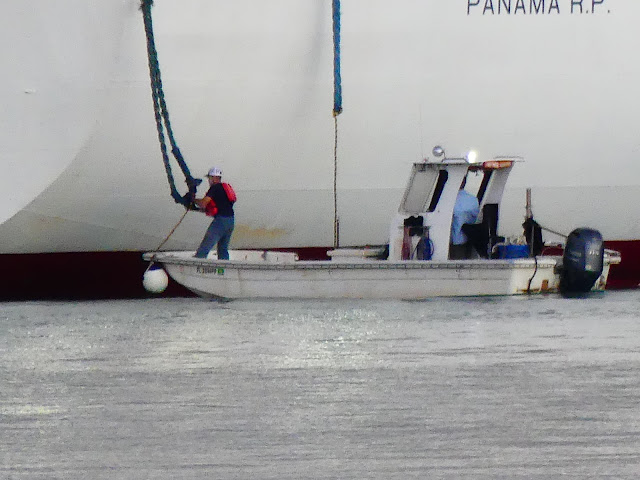 Cruise ships pollute they tell us and dump waste at sea and all sorts of stuff heartily refuted by the industry. Whether or not they are good for the city is a subject of hot debate but they bring millions in docking fees and some merchants at the north end of Duval love them. 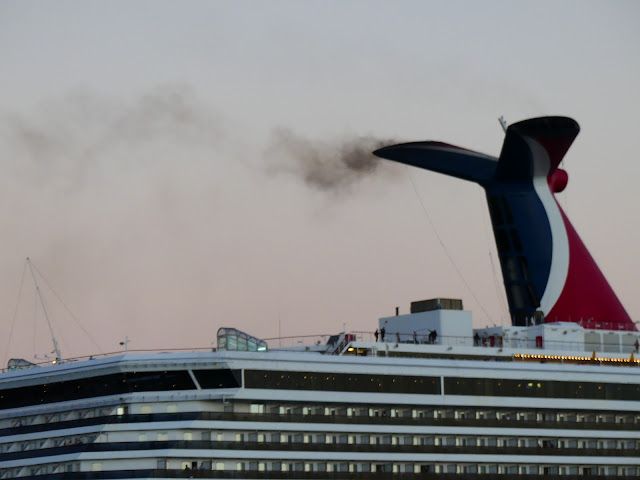 And then, as the casting off process takes ages I sat and stared at the water in the early morning light. 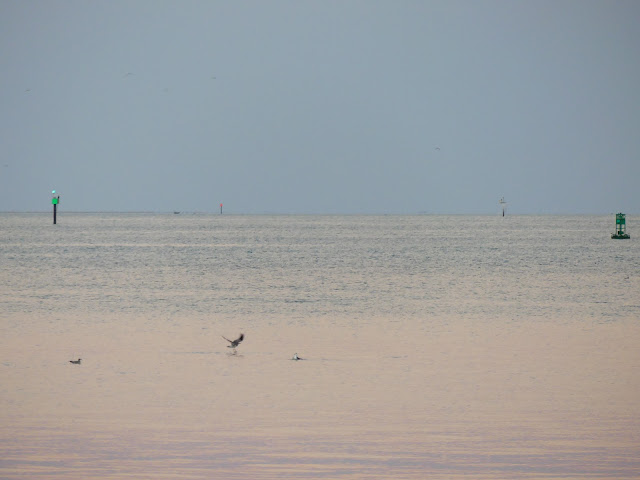 This is an actual Coastguard ship at the Navy Pier. The Navy lets the city use the pier for cruise ships but reserves the right to let visiting ships dock for military purposes. 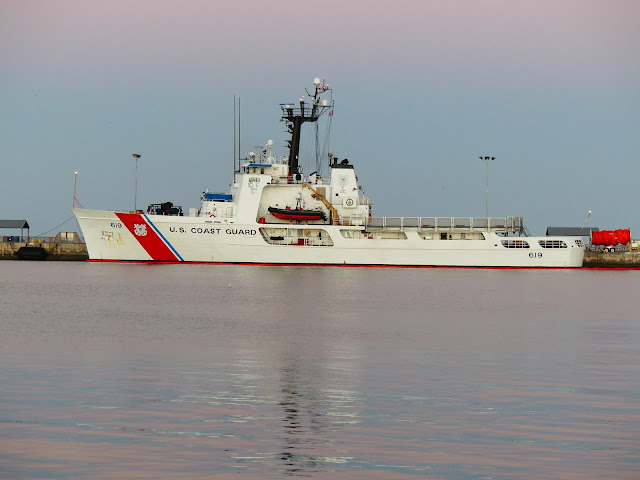 And Lord knows what this is: 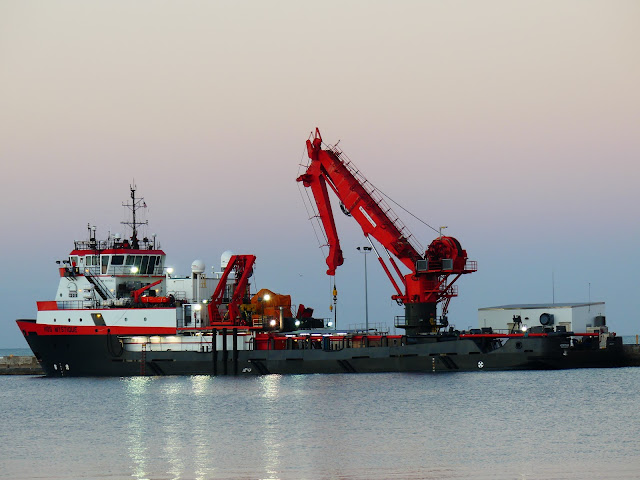 This, back on the Inner Mole is the floating museum where you can watch the sunset on weekends with a glass of alcohol in your hand. I've toured the Cutter Ingham  but I've never watched the sunset from there. 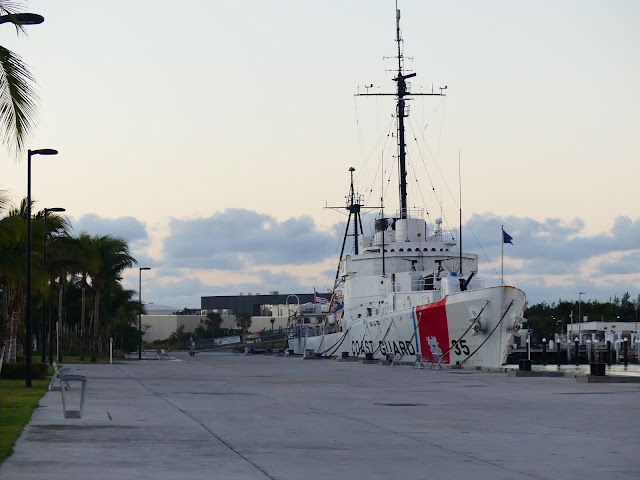 Rusty liked the place. I'll have to come back early before the winter people are out improving themselves. 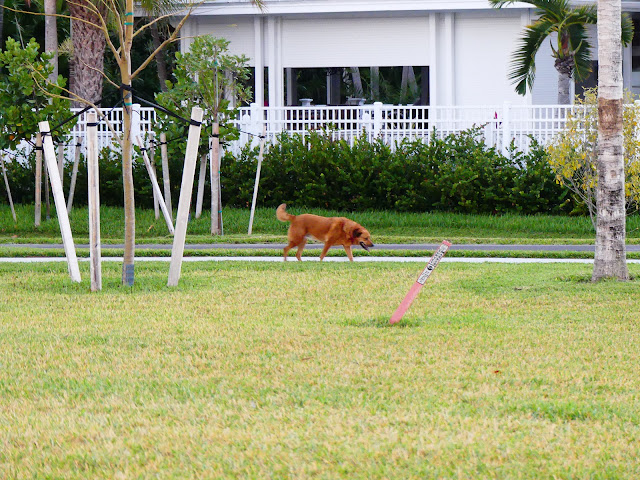 And there are places in this new waterfront... 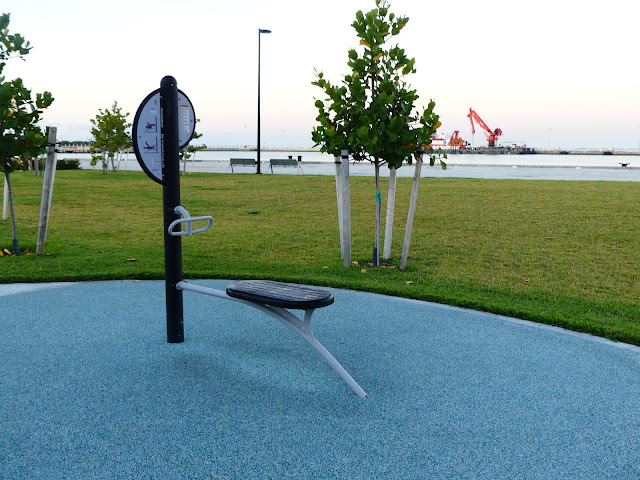 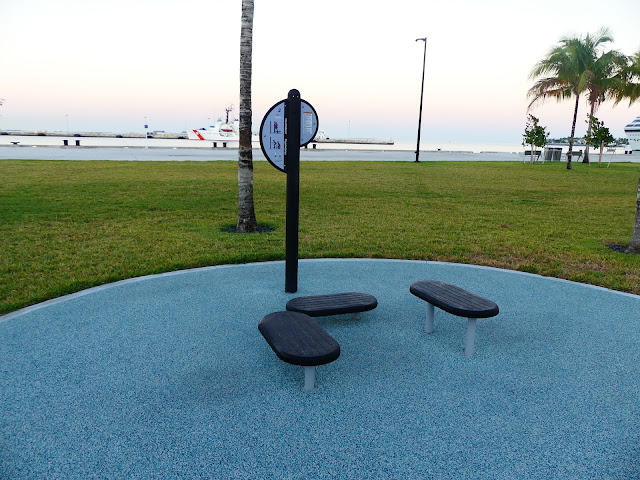 But happily most of the waterfront remains an open space with grass and trees not dissimilar to the good old days. Better in fact: 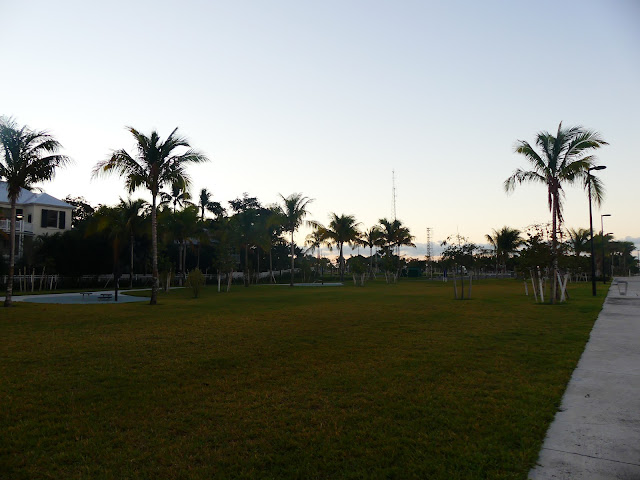 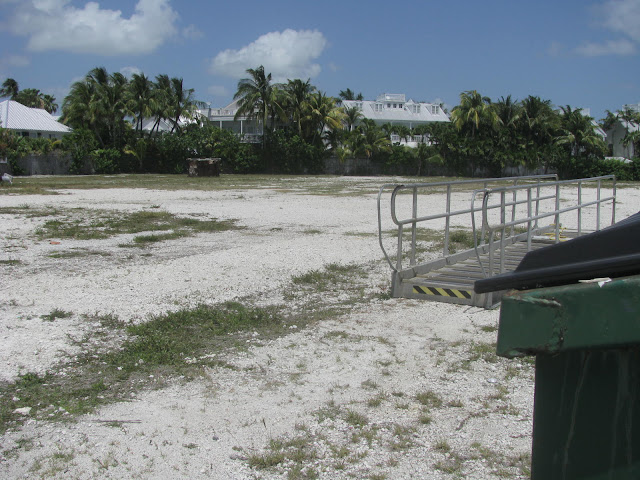