Walk Cheyenne on Big Pine Key and you might find an egg. 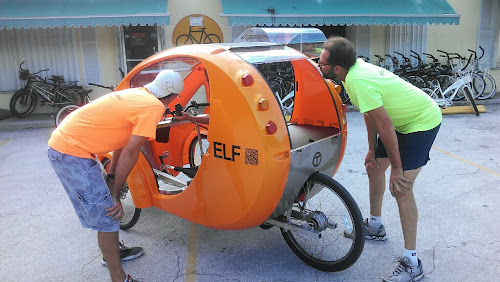 And if you found a large plastic egg on wheels might be surrounded by nerdy people trying to make the electronics talk to each other. 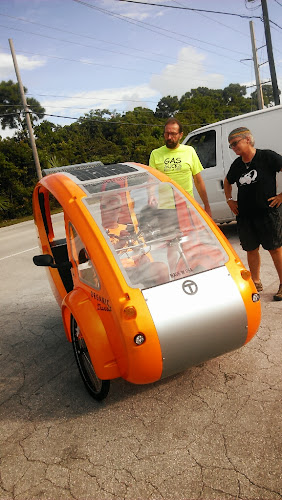 I knew what it was: I had just seen it on the front page of the paper as I left the house that Saturday morning. It's an ELF built in Durham, North Carolina and it now costs five grand complete with pedals electric motor. And solar panel, which they say doesn't work while the recumbent bicycle is in motion. 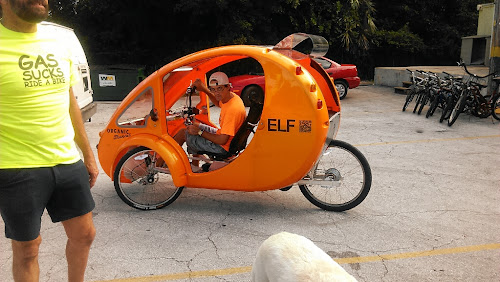 The owner Kim Gabel lives on Big Pine according to the paper and commutes thirty miles to her job in Key West. Apparently the trike has a computer widget and it wasn't doing its job properly so there was some fiddling underway. I didn't want to intrude. 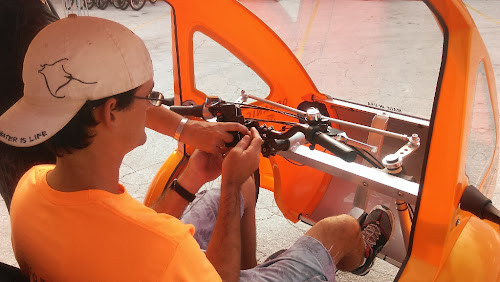 Wired had a rather patronizing review of the technology: Three-Wheeled ELF Can Be Plugged In, Pedaled or Solar-Powered | Autopia | Wired.com. It pisses me off when snotty magazine writers mock this kind of stuff with the "locavore vegan co-op" line. I grant you the ELF won't replace the hordes of trucks and SUVs cluttering Highway One but this gadget that apparently maxes out at 20 mph will be able to ride the bike path that is in the final phase of construction. 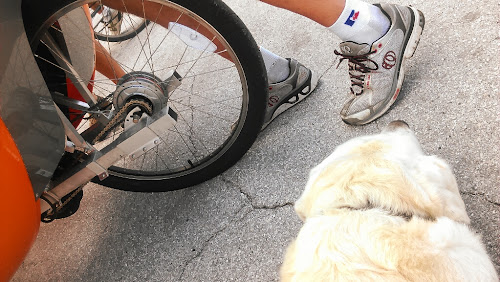 I remarked to Gabel that it is a shame how slow theKeys are on this front and she agreed. However she is miles ahead of me when it comes to commuting. I'll IDE a scooter in the rain, but a two hour ride in an egg is outside my comfort zone. Is gas still bad at 70 mpg? 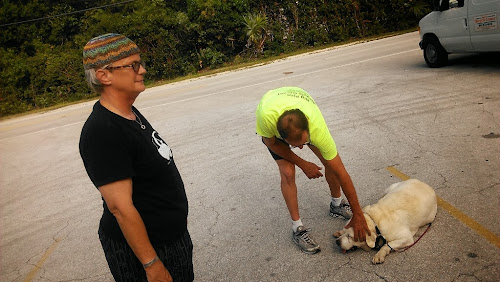 Cheyenne had had a pretty satisfying walk so she was content to lay down and accept tributes.

Seen close up this ride was nicely put together and with a 350 pound payload and a locking trunk it is quite practical. The issue really is whether or not city dwellers can see themselves using practical wheels instead of status symbols...besides pioneers are not universally admired. 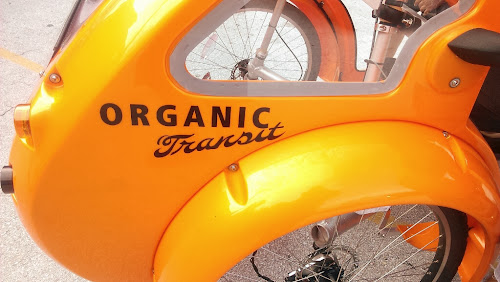 The city of Key West recently rejected a proposal to equip parking control with electric cars. No charging infrastructure the city commission said tossing that radical notion to the curb. I'm not saying the ELF is suitable for daily parking control but there are plenty of electric cars already in private and rental use in Key West the city could have used. 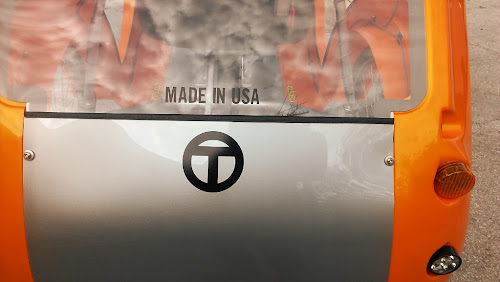 Electric technology is riddled with problems especially if you are looking for a replacement for a gasoline engined car. The Chevy Volt looked promising but like the Boeing 787 the Volt has been having trouble with lithium ion batteries. They were supposed to power the new electric revolution but unfortunately larger li-ion batteries seem able to produce combustible gases and the chemical means of ignition leading to the fires that have made the headlines. Electric motors are relatively easy to build and stick in motorcycle frames and car chassis but the battery needed to power the motor is still in development. One day scientists hope to build batteries that will take a charge in seconds, hold it, and power an electric motor for a serious range. The other issue for those considering electricity as a substitute for gasoline is that it takes energy to build electrical components. It takes oil to make plastics. If we are looking for a way out of Peak Oil electrical propulsion raises questions, not answers just yet. 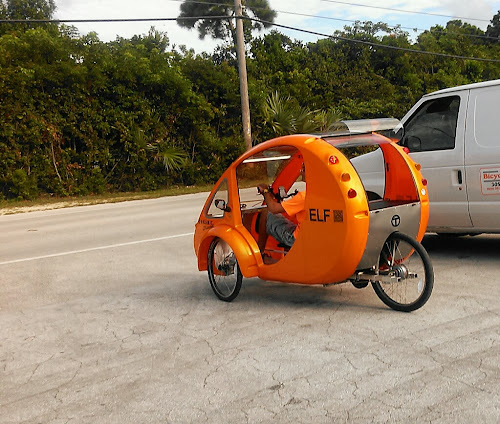 However, unless we start to look at ways to make changes changes won't come looking for us. There's a guy driving a Tesla electric car around Big Pine in the winter but at a cost of a hundred and thirty grand grand and a range of 250 miles I don't see that as a substitute for my 30mpg Ford Fusion. Tesla Motors - Wikipedia, the free encyclopedia 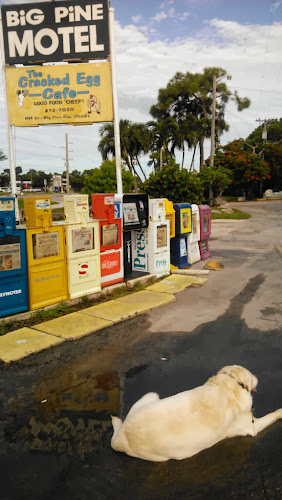 My strategy to deal with a 50 mile round trip commute is to go simple. Having to commute at all isn't the smartest choice I know but here we are. So my idea of using an old tech Vespa may or may not be smart. It is two stoke but it uses very little gas, and at 34 years of age it is in line with the re-use principle. Automotive technology is constantly driving us toward greater complexity and electronics support that push with gadgets and increasing reliance on electrons. Call me an iconoclast but I beleive less is more not least because I am trying to deal with today while hoping tomorrow brings us some pleasant surprises. An ELF in every garage?