On this visit to Boca Chica Beach with my insatiable hound I decided to take a few pictures of the road leading to the beach for a change. The changes are coming at the end of the road and they were shocking enough. 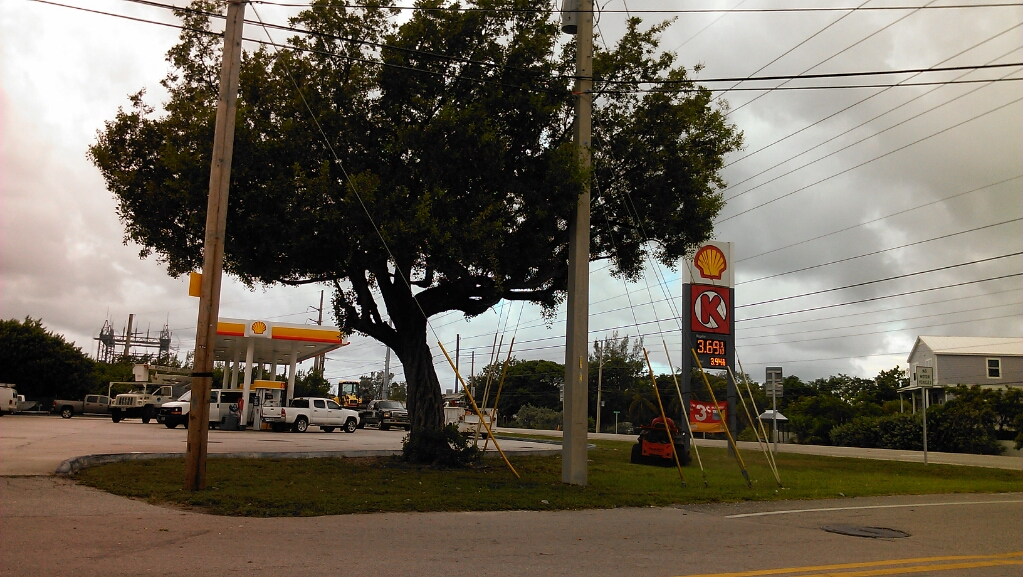 It's around Mile Marker Ten that you turn south off the Overseas Highway at the Circle K gas station in Big Coppitt. It's a large, mainland style gas station with a large convenience store attached, open 24 hours. I got pulled over here once, years ago by a motorcycle deputy with radar. 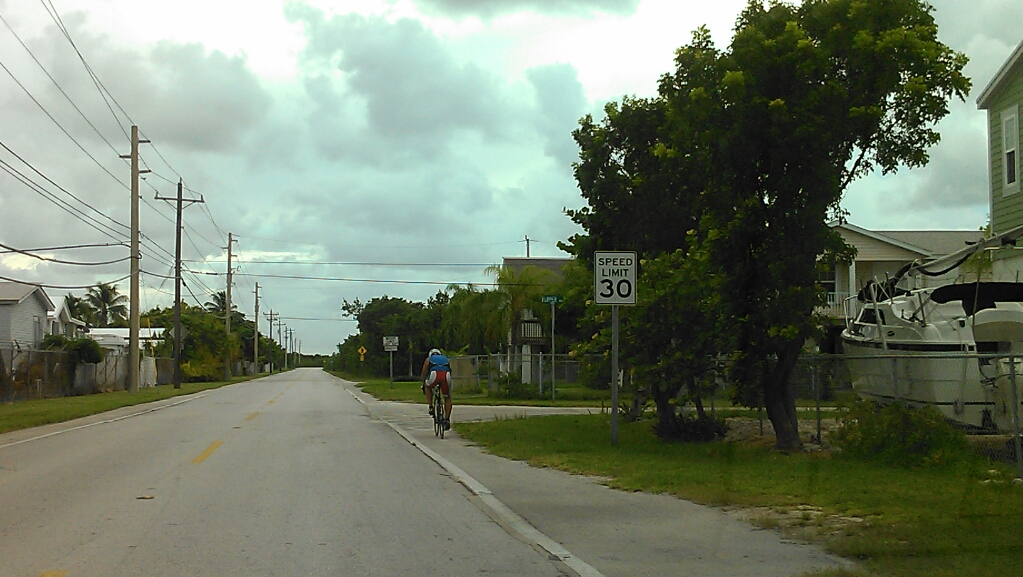 He relented when he saw I was hauling a wet Labrador, swimming Emma in those days, from the beach. I was clearly not in a hurry and just distracted on the long empty straightaways so I got a written warning. It worked - a decade later I am still reluctant to speed here, as tempting as it is. 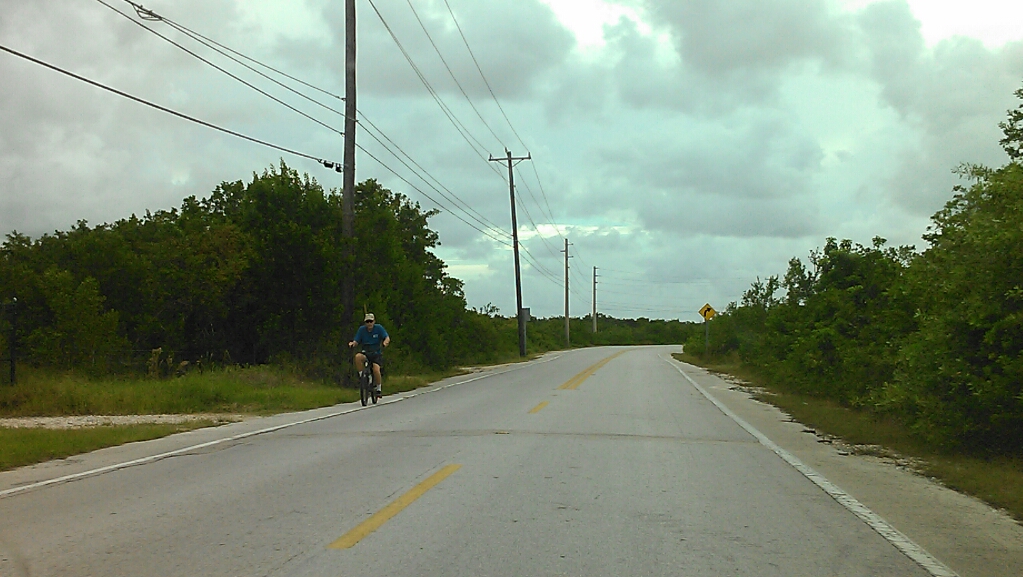 Big Coppitt Key ends at this narrow bridge and Geiger Key starts. The place is named for Key West's first harbor pilot Captain John Geiger who lived in the Audubon House, which in turn got its name from his famous guest. 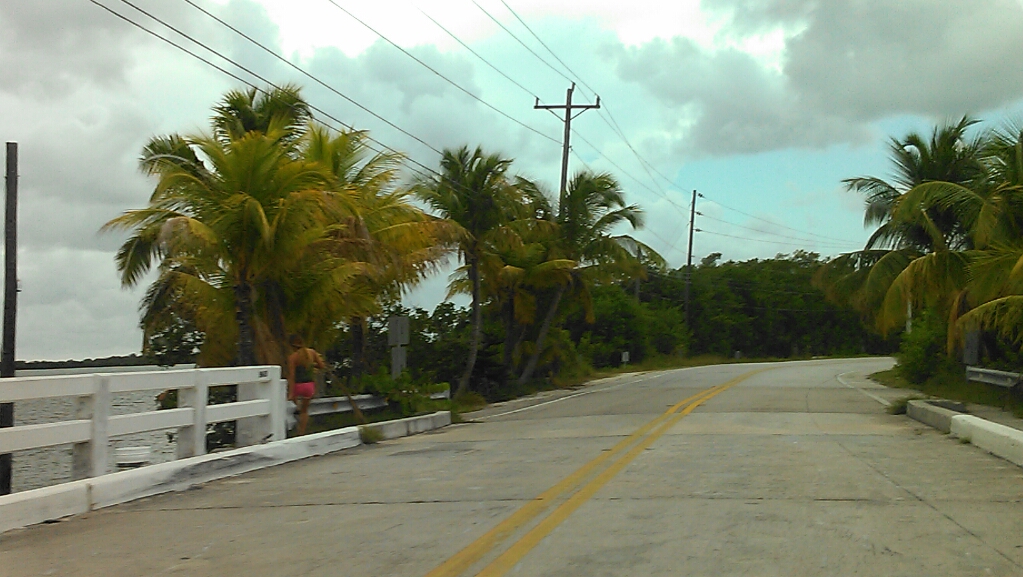 Actually its a tad bit more complicated than that. In 1832 Audubon painted a pigeon sitting in a tree taken from Geiger's garden so it became "Geiger's tree" which was found on this island and somehow got its name thus from the tree. Or perhaps not and the name came from a lone German settler living here when the first surveys were undertaken around 1860. Go figure. 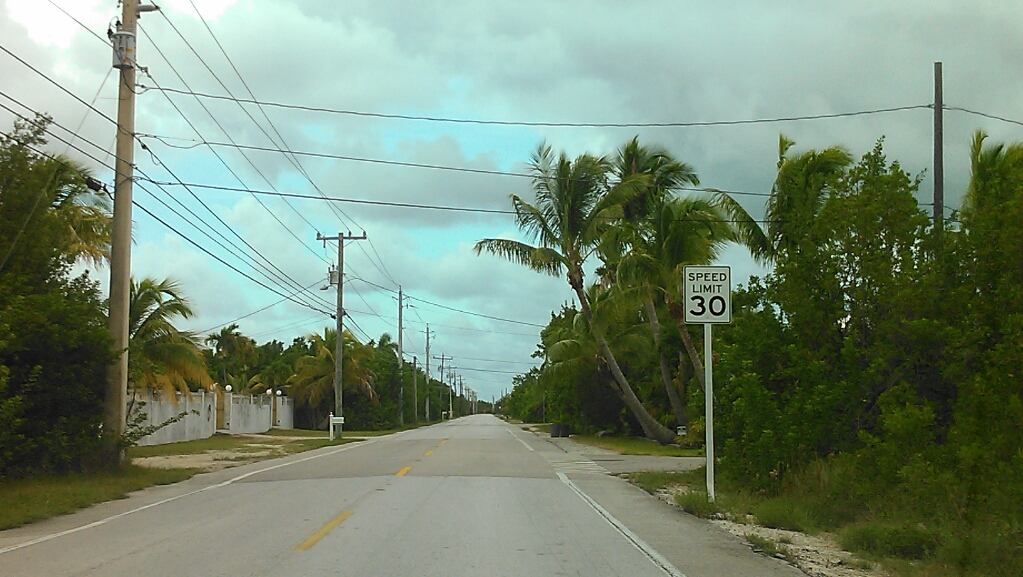 Alongside Boca Chica Road, first one side then the other and sometimes both sides at once you will see green link fencing with fearsome government signs on them. They mark the boundaries of Boca Chica Naval Air Station, impregnable behind marshes swamps salt water and fencing. 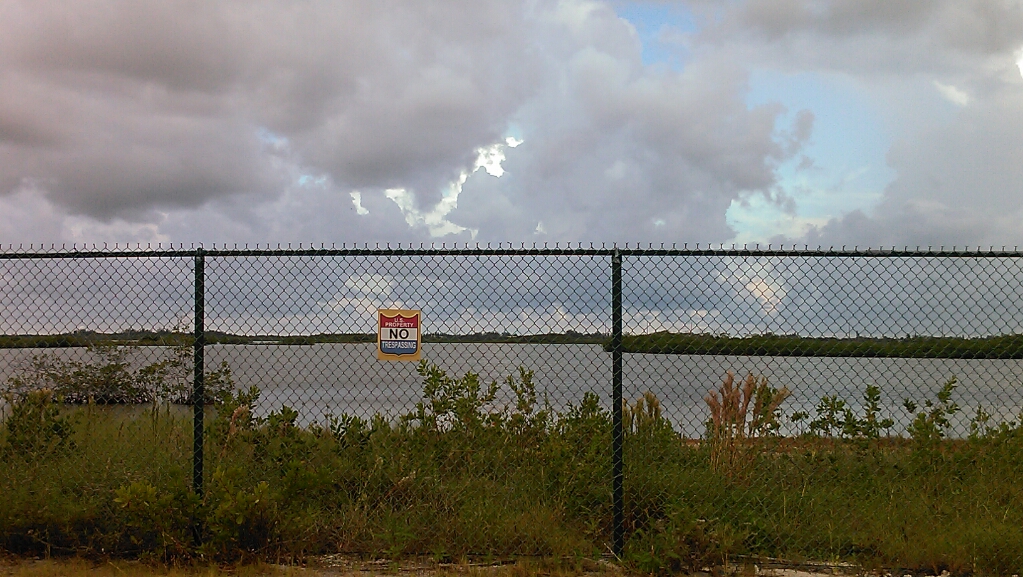 Half way to Boca Chica Beach the community of Tamarac Park shows up, a collection of houses and an even slower speed limit. 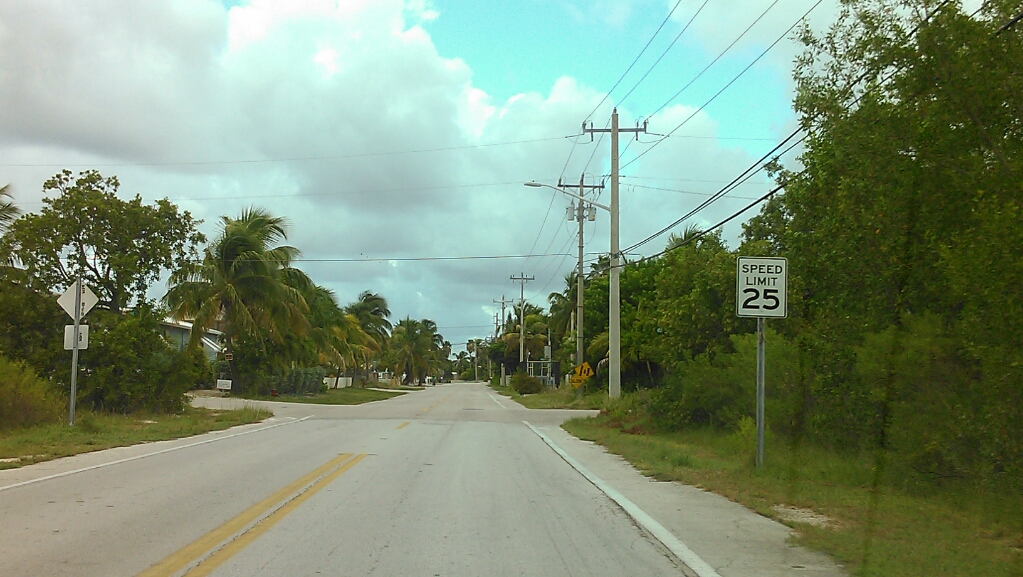 It's on the edge of the ocean so stilt homes are springing up here alongside the older ground floor trailers. 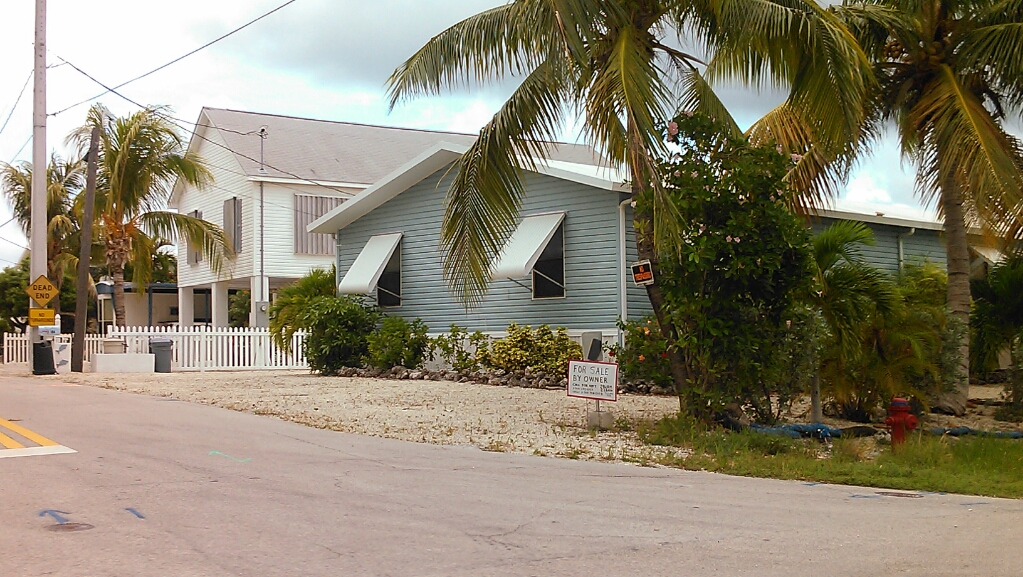 Many are boarded up waiting for winter occupants. 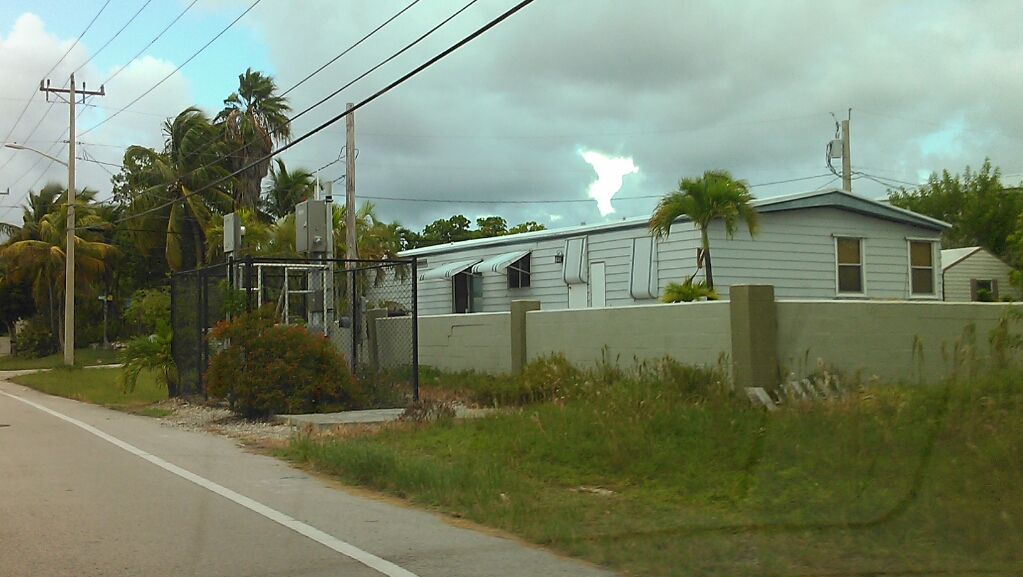 In many respects an unremarkable community about 15 minutes from the edges of key West. 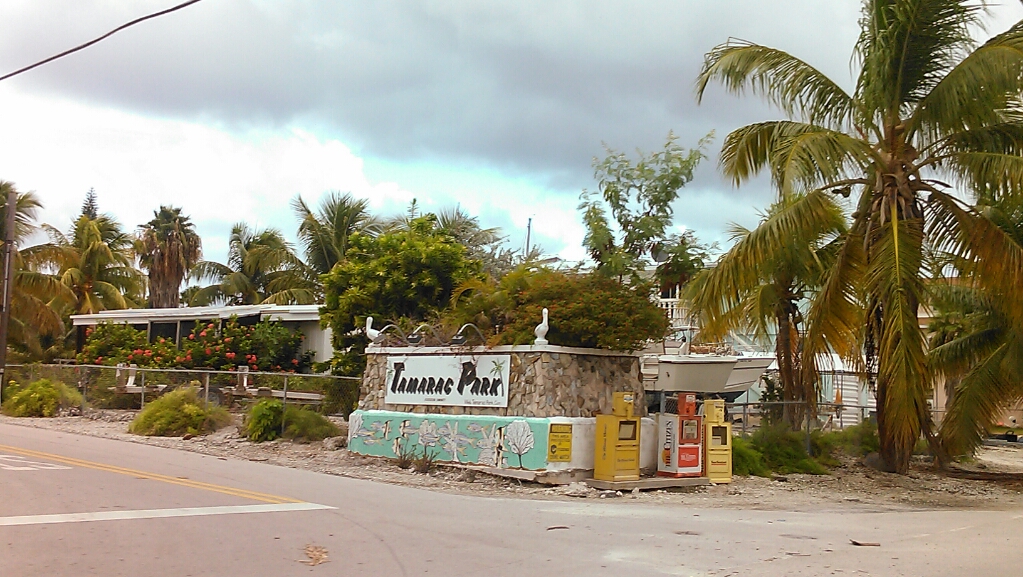 It is not a community well served by even an inconvenience store, the closest being the gas station at Highway One, but it is, despite it's isolation within commuting distance of Key West. 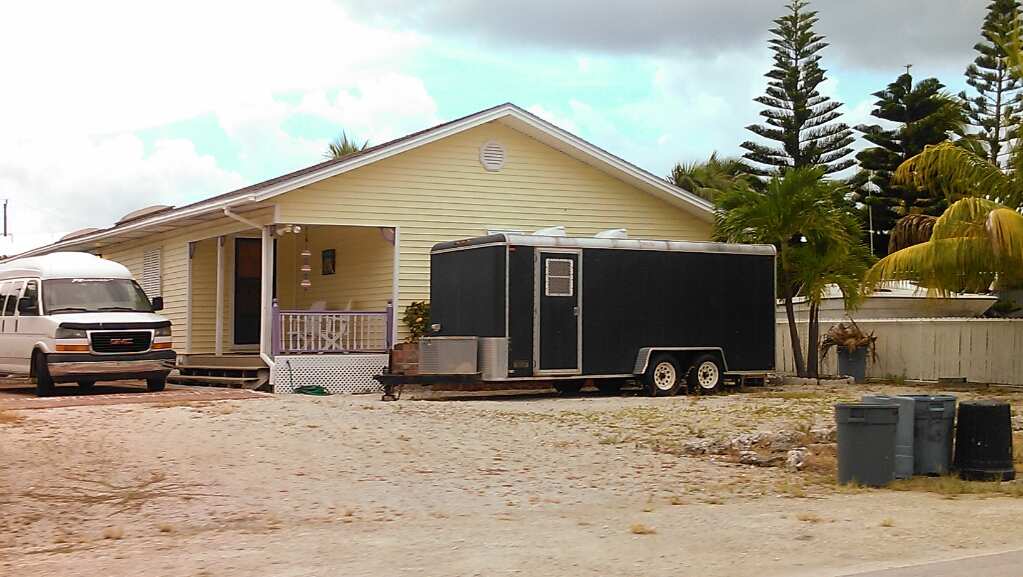 For me the frequent passes overhead by jets from the neighboring airfield would make living here a trial. I do not enjoy noise but the jets are so loud you have to pause whatever you are doing to let them pass, and they circle as they practice landings and take offs. 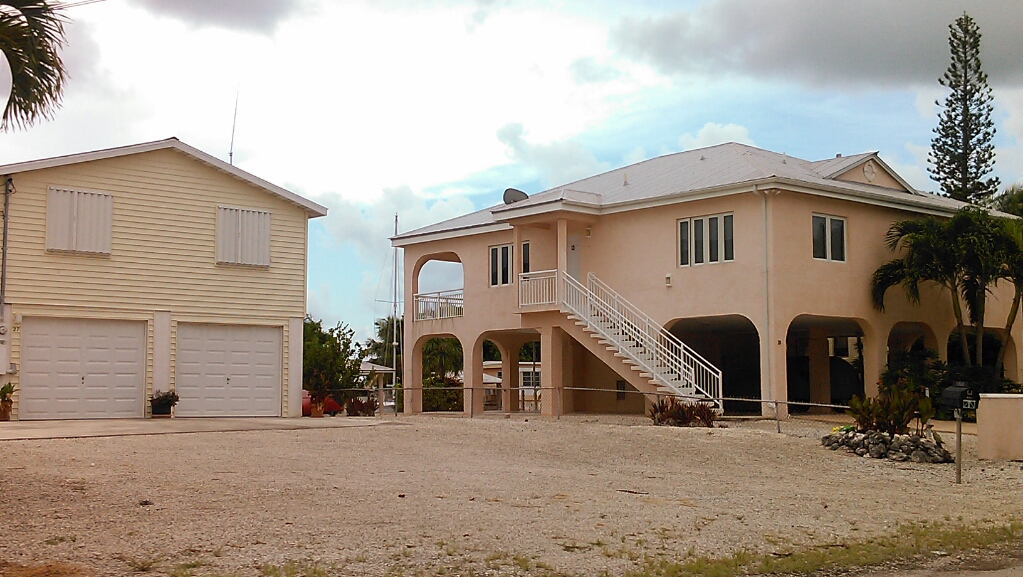 Beyond Tamarac Park the road resumes it's implacable drive to the sea, a straight line between green military fencing. 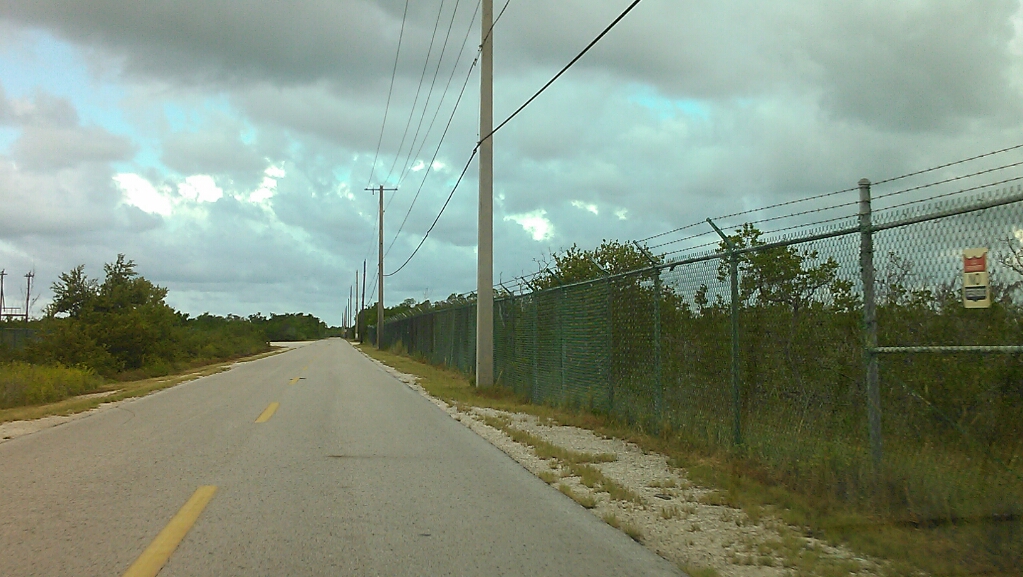 A bridge to break up the monotony... 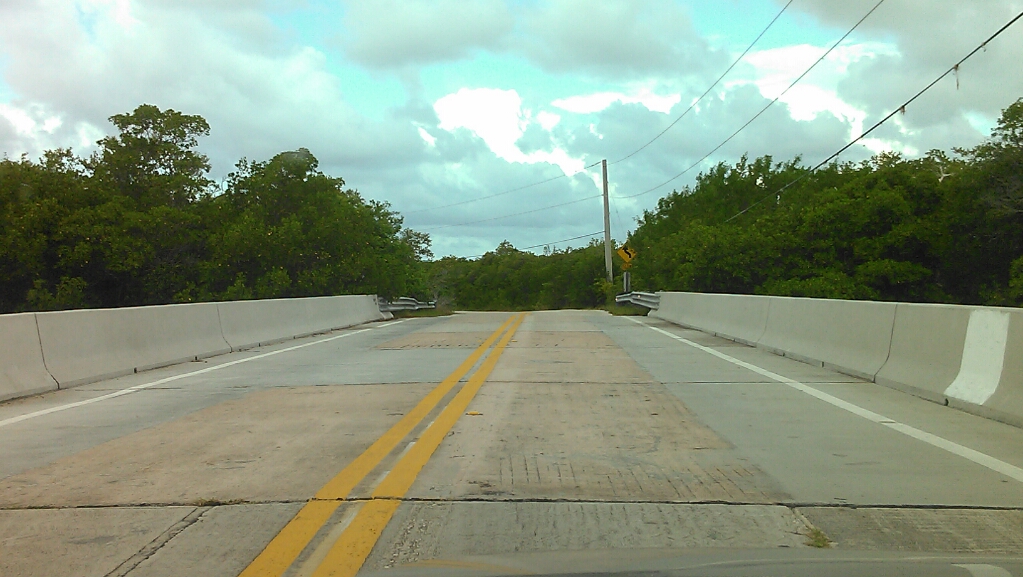 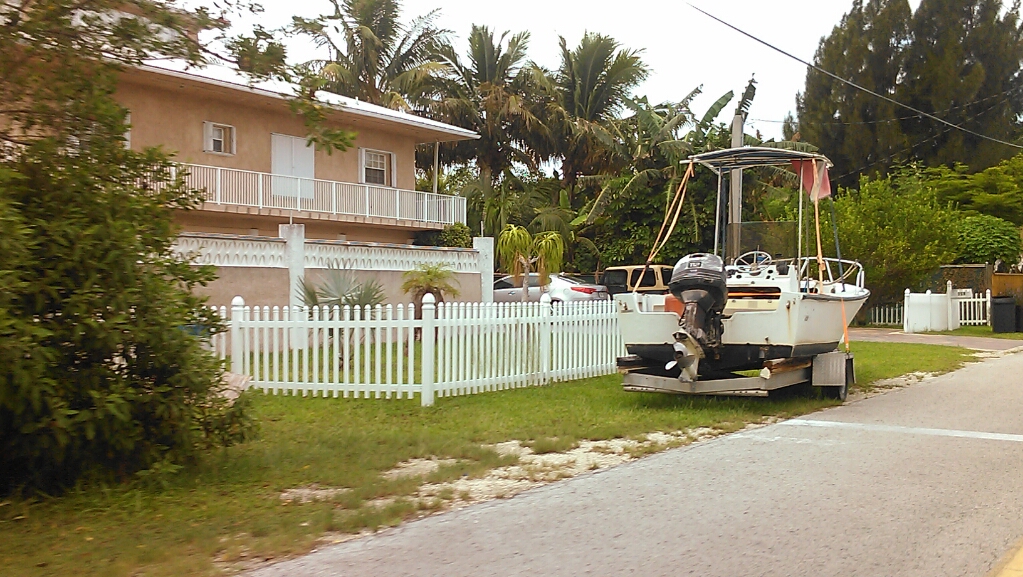 ...and an abrupt end to the road. Supposedly this closure is temporary while the trees are torn down. Apparently they pose a threat to the safety of the multi-million dollar jets flying here which makes one wonder if spindly little trees are going to pop up in the hot spots of the world to foil these jets and render them unsafe to fly. Be that as it may the beach is not going to look like this for long. 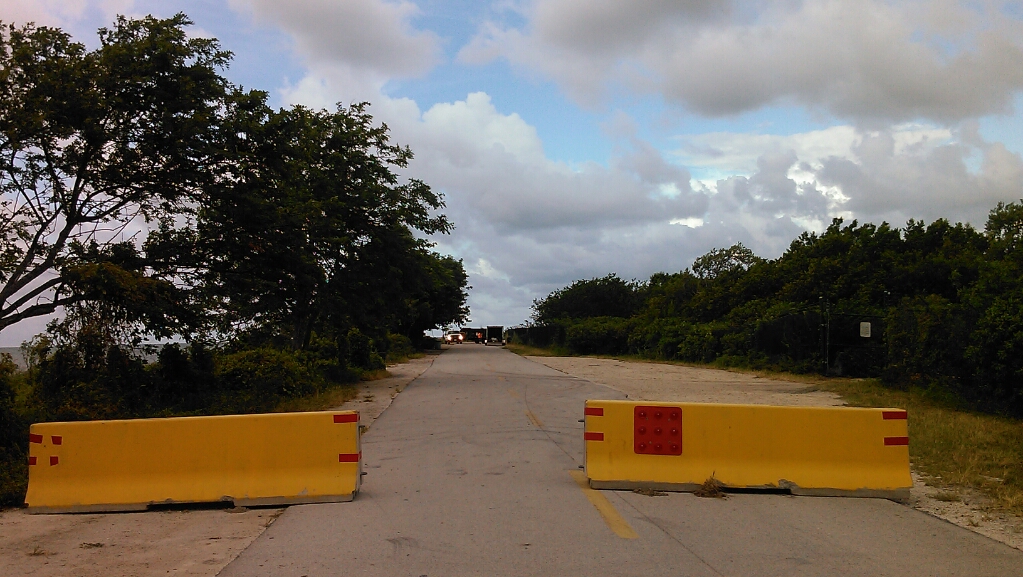 This van's sticker rings with irony as the vehicle is always here promoting the occupant as some kind of overseer of the public beach. The beach will be an unfriendly place after the shade is removed to make way for jet noise. 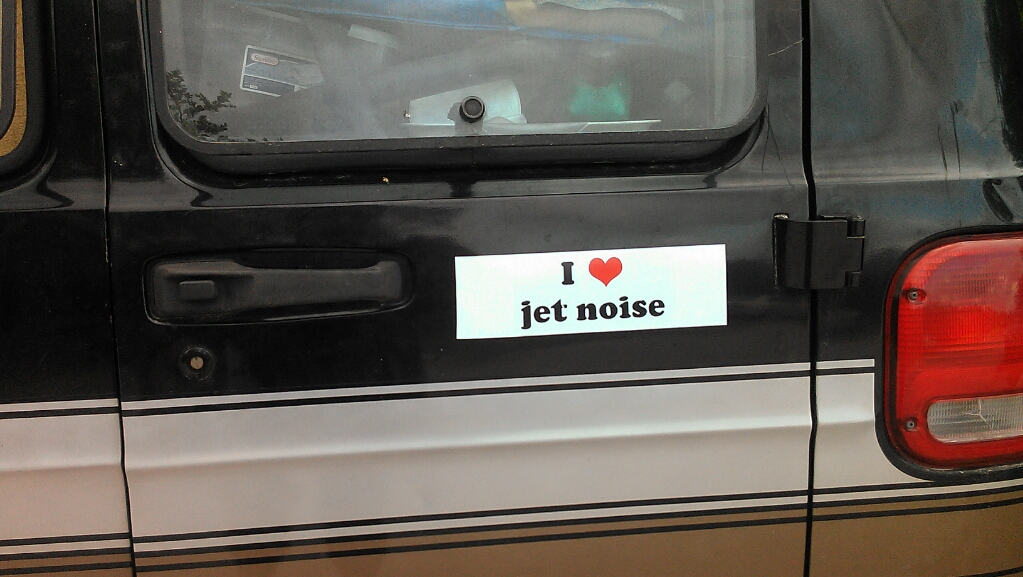 I knew the destruction was coming but I had hoped for one last shady walk. Boca Chica was not a daily destination for me, I enjoy variety, but I will miss what was. It used to be twice as long as it is now with hurricane damage wrecking the further reach of the road. Now what will be left seems as though it will not be hospitable. Of course once upon a time this was a back road to Key West with bridges whose stumps are still visible in the undergrowth further along the shore. 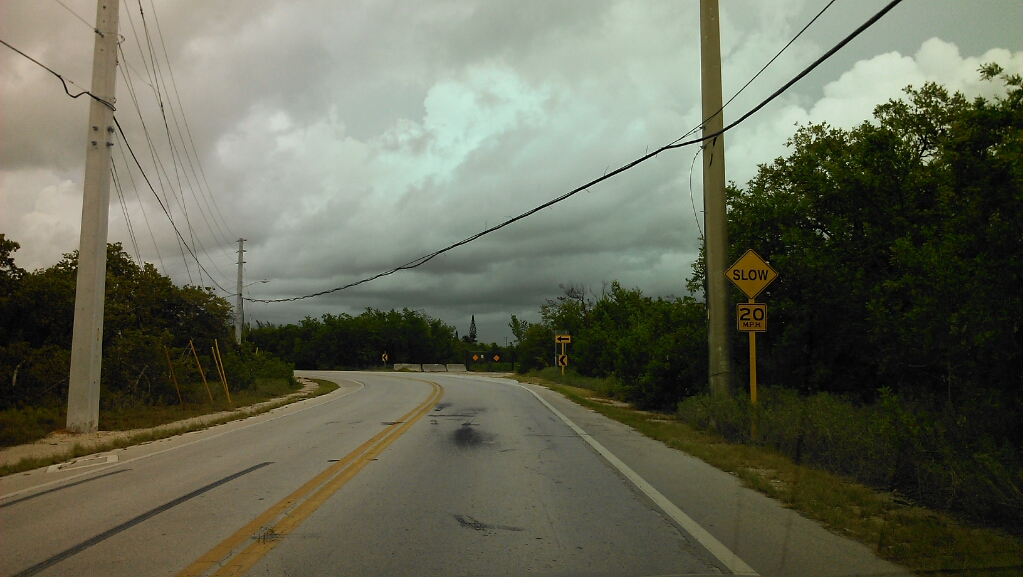 As it is all that one can do today is turn around and drive back the three miles to Highway One. And that is your typical side road in the Florida Keys, one of the longer ones actually. The limited reality of life on a peninsula.