Stock Island so close to Key West, across one bridge, yet so far in terms of lifestyle, is the place I seem to go to get my mechanicals sorted. Jiri at the motorcycle shop is ordering parts for the Bonneville's annual tune up, this year involving chain and tires and filters and fluids, meanwhile in a burst of enthusiasm I took advantage of a day off to take the car to Oily's to get the fluids changed. We are taking a road trip next month and that seems the least we can do for the Fusion that we hope to get to Canada loaded with the three of us. 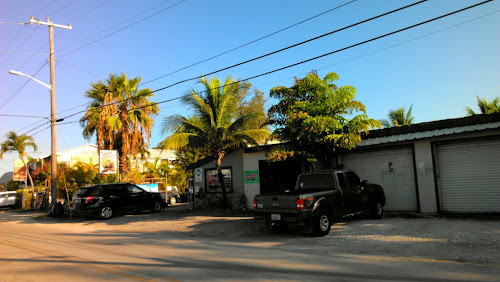 But that tends to be how I view Stock Island, as my convenience stop on the path of daily life. There has been talk in the city of annexing Stock Island, which I as a dispatcher could well do without, and I am always glad when talk of expanding the city's boundaries fades away. Extra officers and extra patrols generate extra reports and extra radio traffic. Doing fine thanks, letting the Sheriff's office deal with Stock Island.Which is a purely selfish point of view but i wonder how much extra taxes would be generated by adding this clump of civilization to the effete and genteel ranks of Key West tax payers? 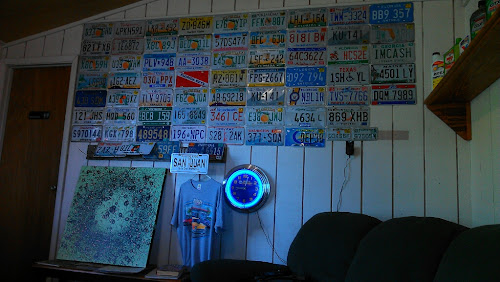 Stock Island exudes manliness, all those body shops and plumbers, iron workers and fishermen, construction is the key on this island. Its named after it's original function as a giant holding pen for cattle, slaughtered for the wealthy on Key West to eat. And today Stock island stocks all the vital support services without which a city cannot function. You a/c fails and you call Stock island to supply the manpower to cool your air... 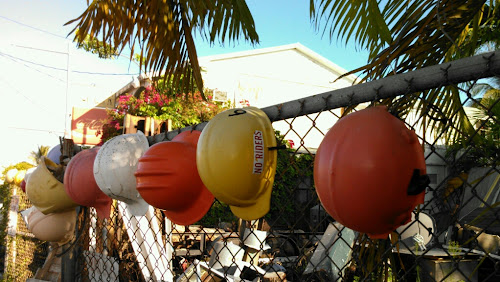 Stock Island is also a hot bed of alternative culture, and when I say "alternative" I use the term with tongue in cheek, as Key West prides itself on not being mainstream, putting Stock island in the position of being different by local standards but much more mainstream in terms of the broader culture. Pride Week in Key West is not on wide display here. 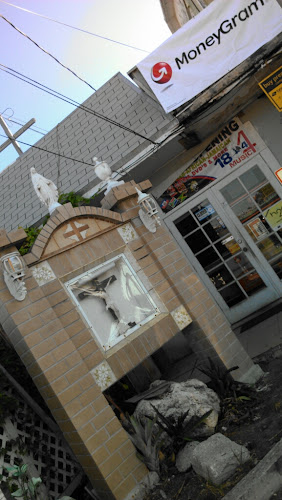 When he shrimping fleet was booted out of Key West Bight to make way for private pleasure boating the fleet retreated to Stock Island where they seem to flourish amid all the businesses that support boating and fishing. 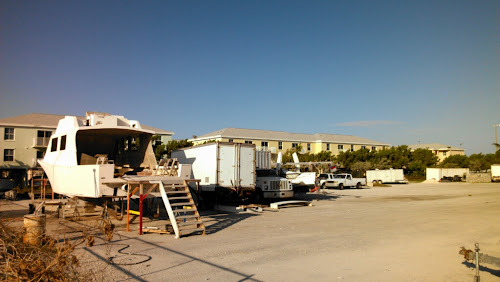 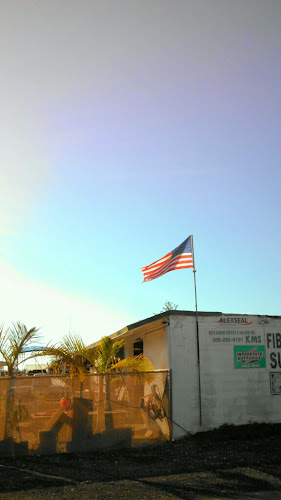 Meridian West is a huge low income housing complex which is supposed to be one major step toward helping house the workers that support the tourism industry that supports in turn the city of Key West. 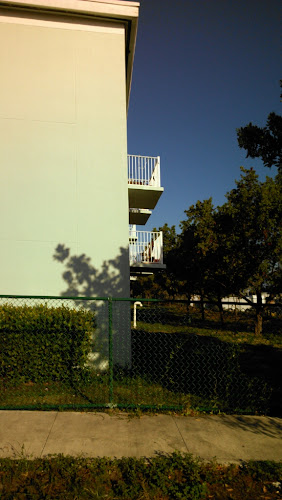 I think it worked out really well providing as it does covered parking and clean secure facilities, the best possible gated community. I hope the second such complex which is supposedly also planned for Stock Island gets built. 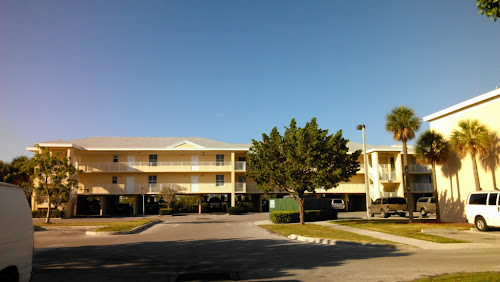 This building below is the standard sort of construction, one of the nicer ones actually but its not up to the same standard as Meridian. 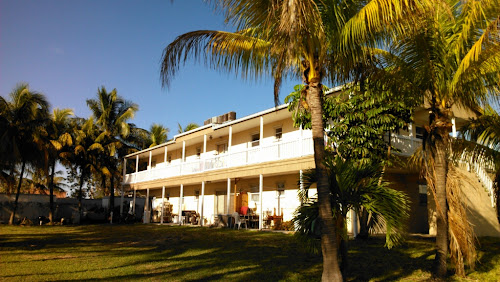 Stock Island is supposedly up for development with money that has bought many l;ots across the island with ideas to create hotels and tourism and so forth. 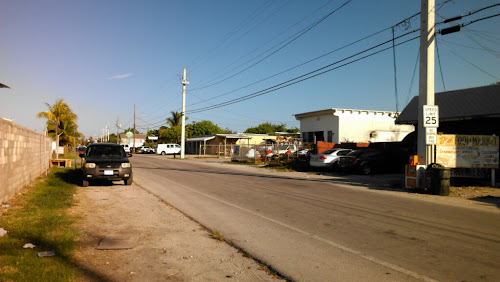 I'm not sure why anyone would feel the need to stay on Stock island but perhaps I'm just short sighted. The entire city of Marathon has but one chain hotel, inevitably owned by the Spottswoods of Key West, while Key West's indefatigable brahman of building, Pritam Singh has built a resort there "...in the Key West style." I guess a resort in the Key West style for Stock Island makes sense to people who understand these things. 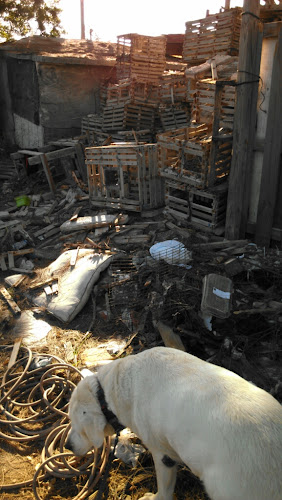 But in the end places like Stock Island where the poor can afford to live have to be maintained because without them nothing works. Even so trailers like this are not really low income. I read of one fast food worker who rented a room in a trailer for $500 a month. My mind has been reeling ever since. 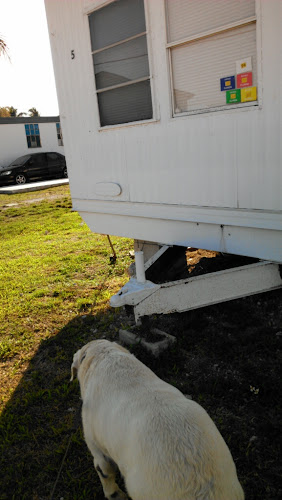 Some aspects of Stock Island manage to resemble Key West, like the high rents and the chickens on the streets. 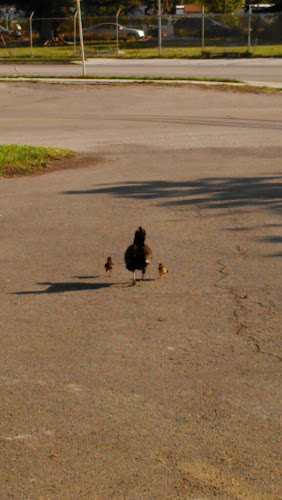 Stock Island is viewed by some Key West residents as the distant dark side of the moon, and for them taking a five mile drive to eat at Roostica or Hogfish is an adventure on the order of hunting down remote El Bulli which before it closed was lost on the coast of Catalonia. 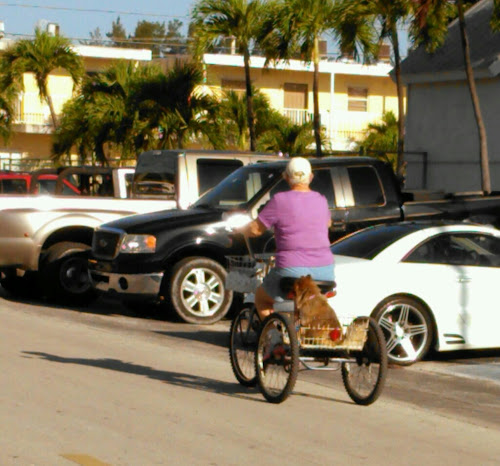 And as much as Cheyenne is a princess she found friendship in this little brown and white female with a big smile and only slightly nervous of me. She flinched when I petted her but I never did hit her. I wonder who else has. 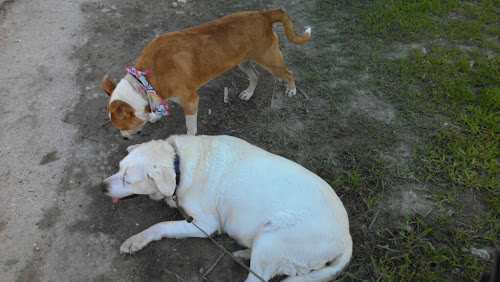 And that too is something that keeps me away from the residential parts of Stock Island. I don't like to see dogs on chains in yards. I prefer Gay pride myself as would any civilized human.