The moral of this story is don't leave your camera in the car. My idea was to refill Rusty's water jug at the fountain at the waterfront walk him a little around the palms as we had just finished a long walk downtown, and then bug out to Publix to walk in the doors the minute they opened, buy fruit and vegetables and head for a nap at home. Then the sun started to peek over the horizon. 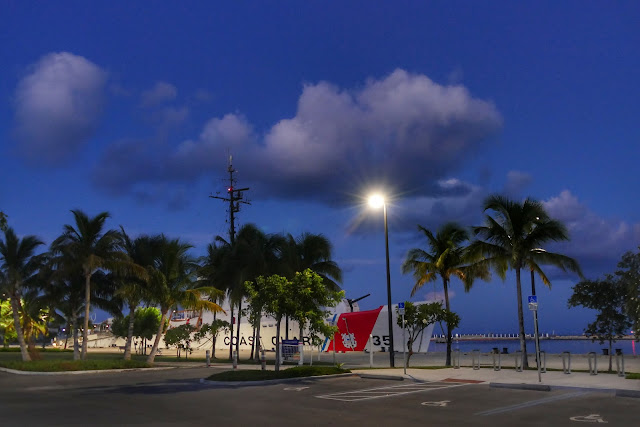 The light and the colors were exceptional with a just a couple of thunderheads to add interest. 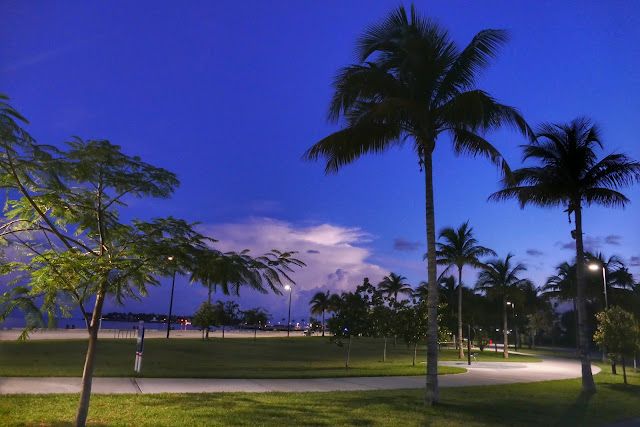 There was no wind so just to add to the atmosphere the waters were flat. 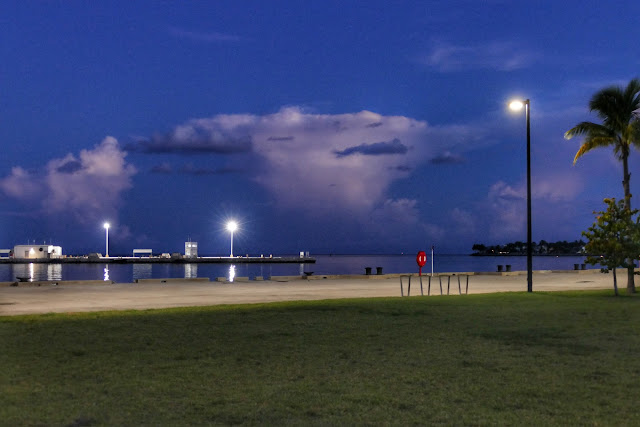 I was glad I had bothered to sling my camera around my neck. 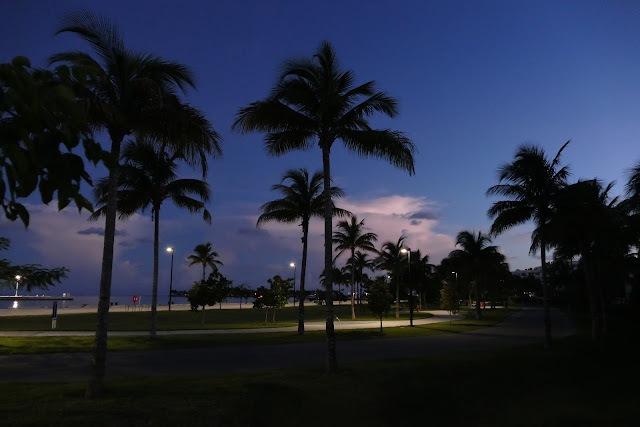 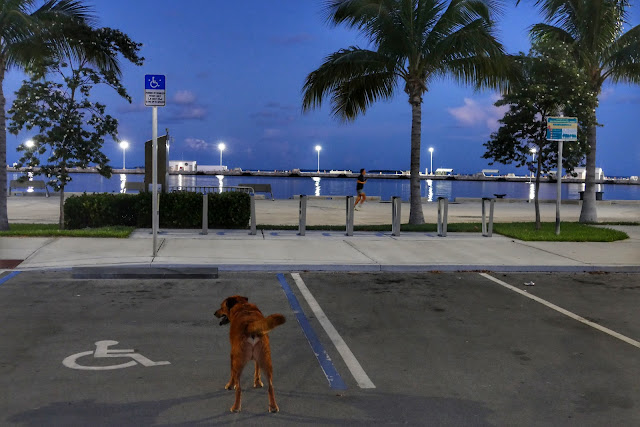 Rusty led me by leash but he was slow so I had time to place with the focus of my attention. 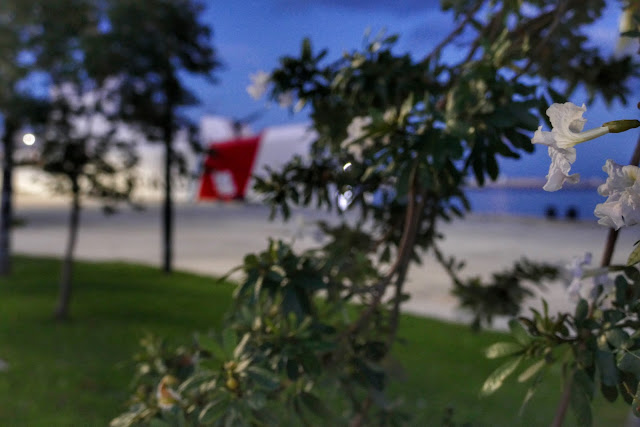 Below we see the navy basin reserved for its use by the US Navy.  After World War Two they parked submarines here which was the era before giant nuclear submarines went to see for months at a time. The National parks Service and National Oceanic and Atmospheric Administration have docks here. From Time to time you'll see Navy ships, including foreign visitors tied up to the far wall, which is known as the Outer Mole where a mole is what civilians call a pier, where the street lights are.  The Inner Mole is at the bottom of the picture and that's what's known as the place where visiting boat racers used to tie u when there were events involving boats in Key West. Power Boat Races? Gone. January sailboat races? Gone. Change is good they say. 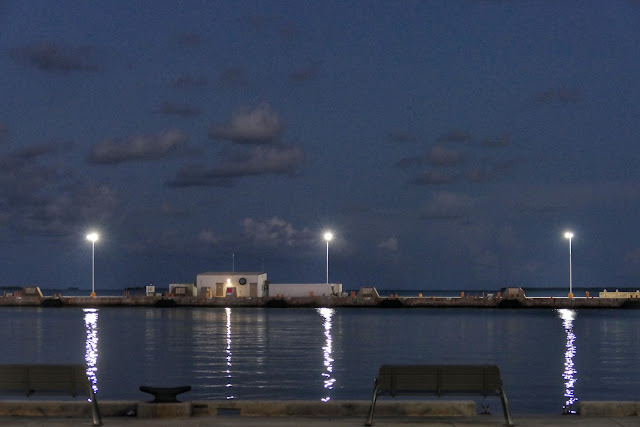 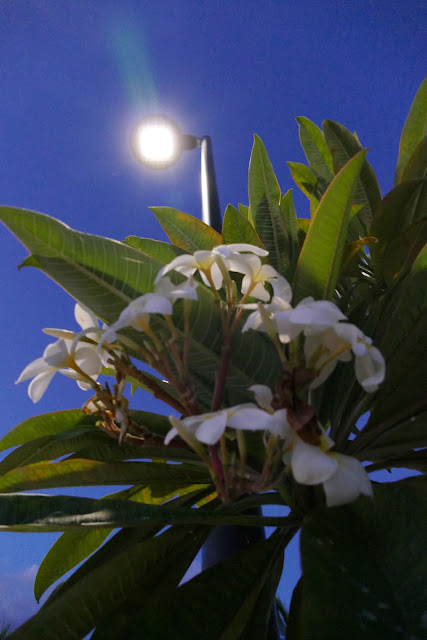 The former coastguard cutter Ingham is a museum nowadays owned by a former city commissioner and it was once open for tours.  These virus infested days attractions restaurants and public spaces open and close seemingly at random. 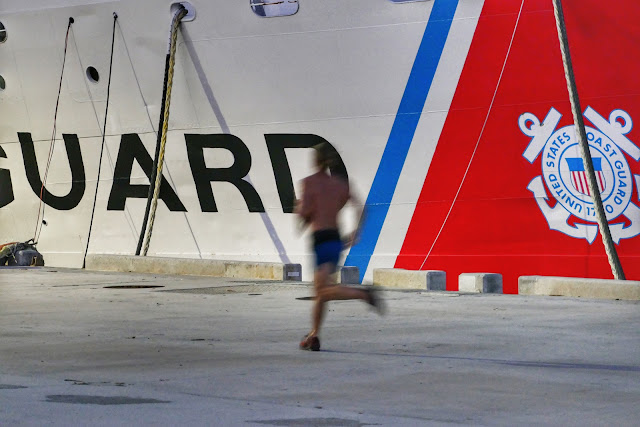 None of this photography and talk mattered at the moment when another dog showed up. Rusty played until a third dog joined the group and the two friends ignored their new playmate. So Rusty moved aside, the spare wheel at the playground. We left. 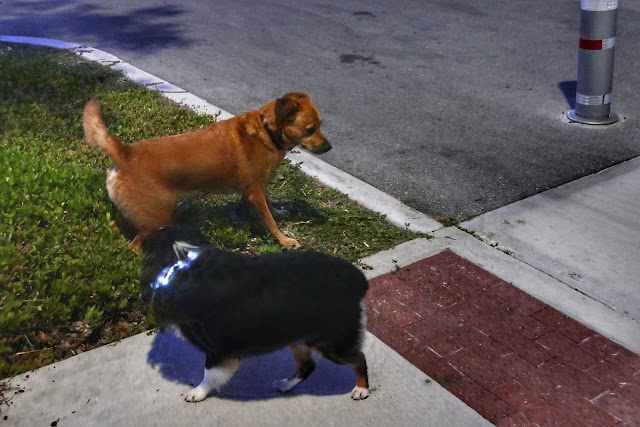