Carstens And The Cemetery

As odd as it may sound this tomb, prominently visible from Angela Street reminds me of a law firm. Perhaps it is instead a family with many branches. 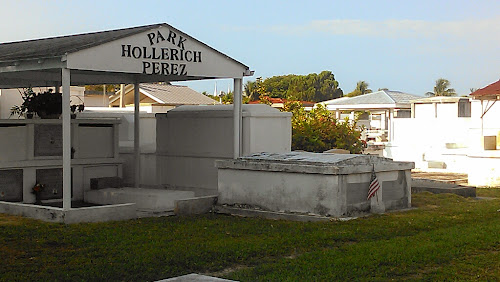 The Key West cemetery has been featured several times on my blog, a space where I have stored nearly 3200 essays, most of them much like this one. Angela Street has also appeared on this page, which is also hardly surprising as it is a useful street. In the past the one-way arrow went the other way and I still think that was more rational. Or it might just be that it tended to serve my purposes more effectively when traffic was routed in the opposite direction. 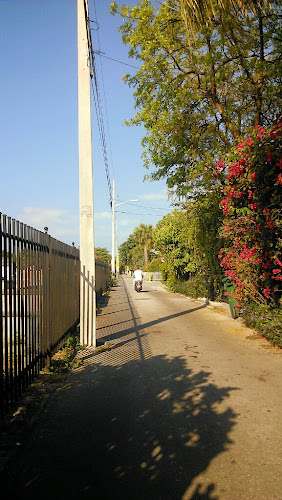 Key West is enjoying the interregnum between the haste and waste of winter when the town is packed for weeks on end, and before the summer vacation period begins when families seek diversions here as much as anywhere in the country. They don't necessarily come to drink but they do fill the town. For the time being a cannon could be fired down most Old Town streets in the mid morning heat and not too many people would be killed. 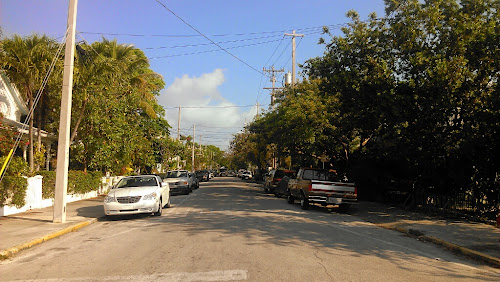 I checked online and this home in the 900 block of Angela is being offered at around $650,000. Thats what we mean when we say real estate is pricey in Key West. 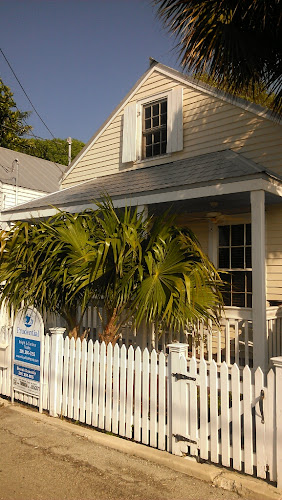 You'd think people might have to resort to living outdoors at those prices and several hundred do end up living on the streets. Not quite this lavishly though: The Harris School seen from Carstens Lane. Not yet occupied not yet functioning as a set of office suites as promised. I still cherish the plan hatched by the defunct Rodel Foundation (a  charitable fund killed by Bernie Madof's investment scheme). They wanted to make an artist's colony of the place, a perhaps more elaborate version of the studios at Key West. 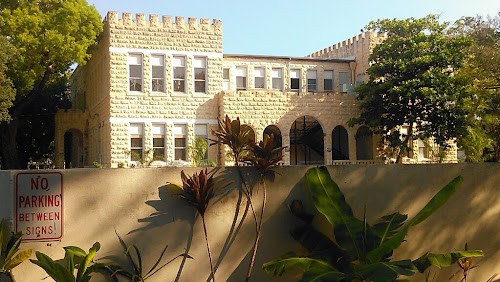 Carstens Lane is no stranger to these pages. I like to drive visitors down this lane from  scenic William Street to tree covered Margaret Street. 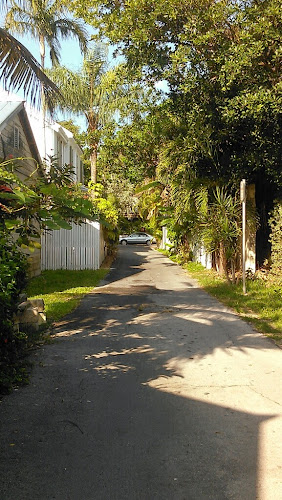 This house in the middle of the lane was gently collapsing for the longest time. Then came a sudden burst of activity. The activity appears to have  slowed a bit but the house now looks quite waterproof at the front. Preservationtakes a lot of money and effort in Key West, land of many rules and few shops. 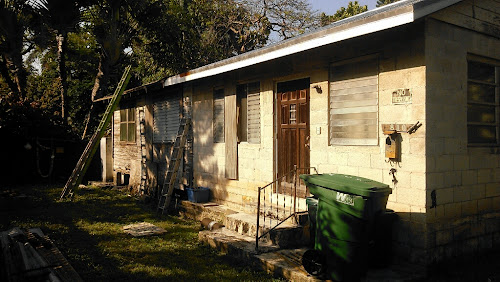 One last look at Carsten's flora, in this casea  banana tree. 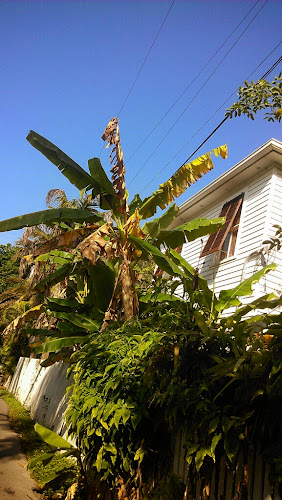 West Marine is moving out of this building on Caroline Street. You can have the building if you have $3.3 million. Did I mention buildings cost lots of money in Key West? 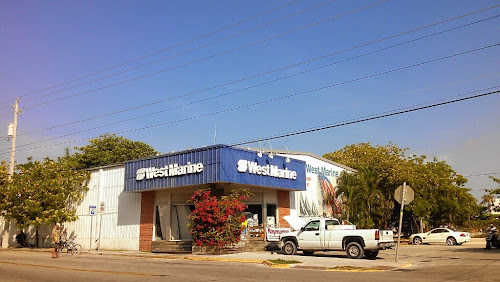 I cannot imagine how much their new digs further up Caroline at Grinnell Street might cost.  There's room for a great many boating supplies in there, and they don't have what you need there's another in the chain on Stock Island and more in Marathon and Key Largo. Or you could go to the local store called Los Cubanitos on Caroline Street known to some as Cuban Joe's marine hardware. 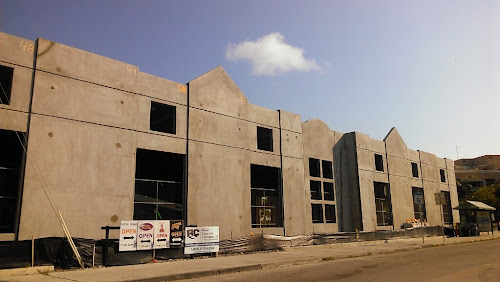 They are building this new monster store even as Caroline Street is due to get a make over with shrubbery and bike paths and who knows what to make the approaches to the waterfront more attractive. I suppose it's no coincidence a new 96 room hotel is going to pop up soon behind the old West marine store. City Commissioners were reported cheering on the hotel at a ground breaking a couple of weeks ago. 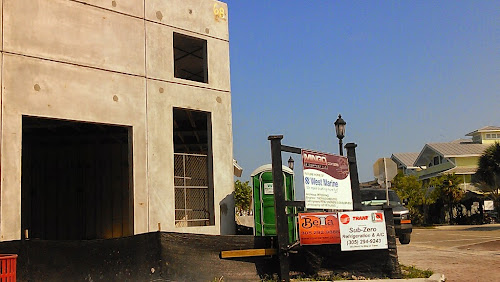 Meanwhile the city is mulling over plans proffered by the corporation that runs La Concha hotel on Duval that would bring one more unwelcome change to a city that seems  hellbent on change these days. Apparently the bar at The Top of the hotel is going to be replaced with a spa for hotel guests. Naturally this isn't going over too well among people who like to view the sunset from the top of La Concha with a drink in their hands. Oh well, I doubt we the people can persuade them not to make the change. 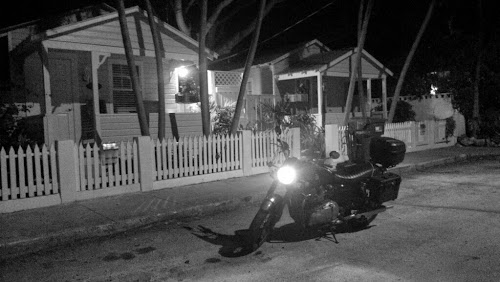 That is a gratuitous motorcycle shot. I took it one night when I went for coffee and I posted the color version of this same picture. Old time Key West in 2013.