It was a lovely morning and I was driving north through Big Coppitt, Mile Marker Ten, when I decided to pull over. Rusty wasn't about to complain so we agreed that ten minutes at the boat ramp was a good idea. 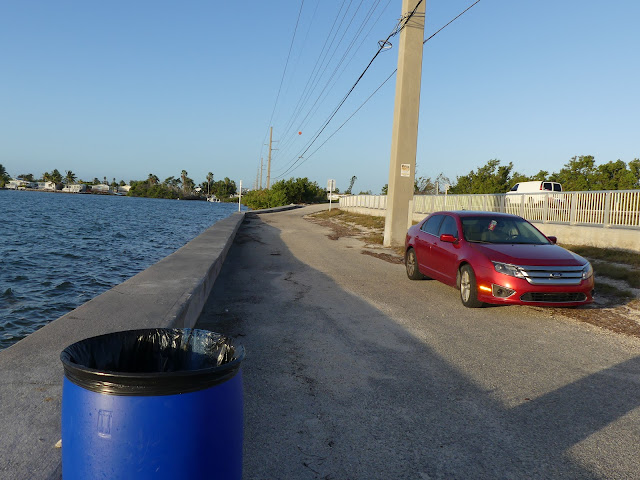 There are  a few of these facilities dotted along the Keys and in a community that is famous for being excessively expensive these ramps are open and free for anyone to use. Pretty cool eh? 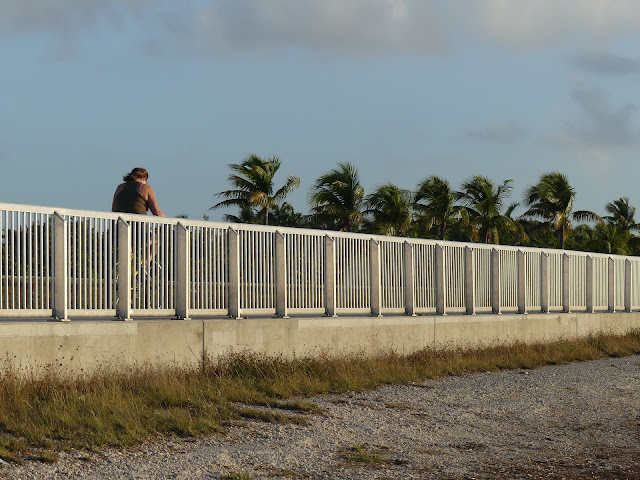 They can also serve as a landing for people living nearby on their boats: 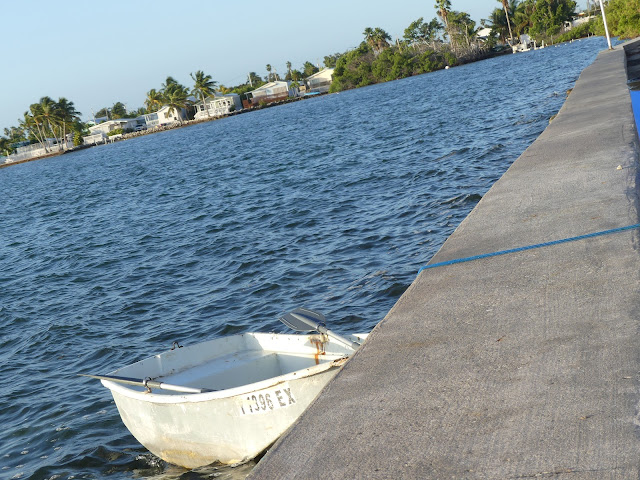 Rusty does not actually find much joy in these places and I can only guess because there aren't traces of other dogs or anything very interesting to smell. He was done in a hurry. 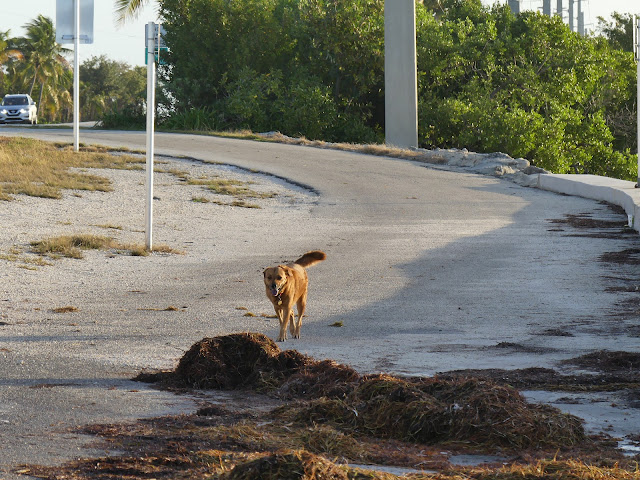 In case you were interested they have sign boards and maps to cheer you on your way as you launch your boat, but not your car hopefully: 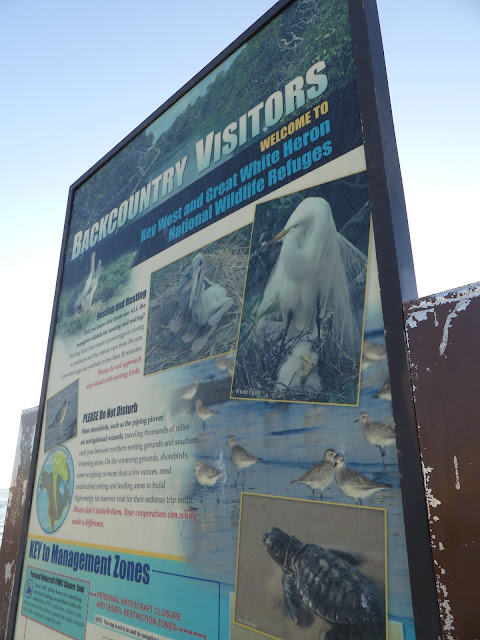 There are cars parked on the highway shoulder near here as life ashore goes on even for people living at anchor: 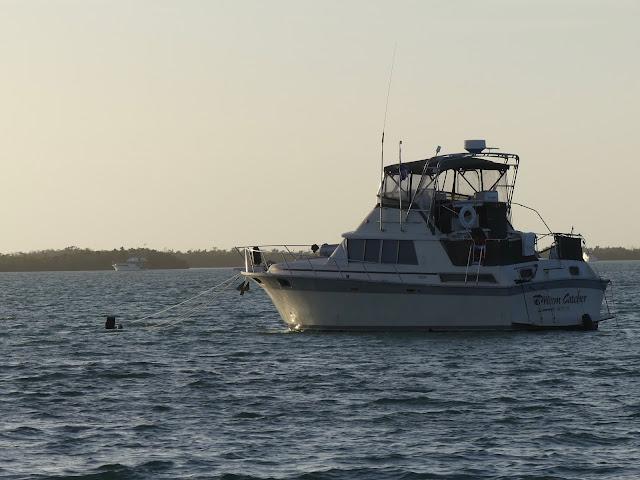 Me bird spotting (cormorant I think): 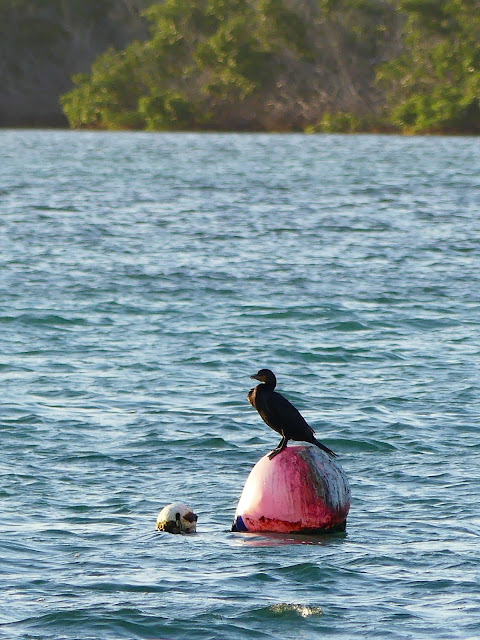 One of these several boats broke free in a recent windy patch and washed up on the seawall. They removed it promptly much to my surprise but I guess if it's your home living at a 30 degree angle would get old in a hurry. 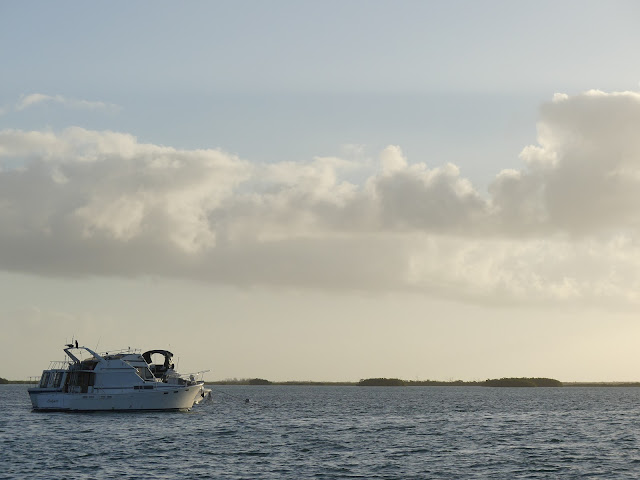 Shore life can be observed from here across the water: 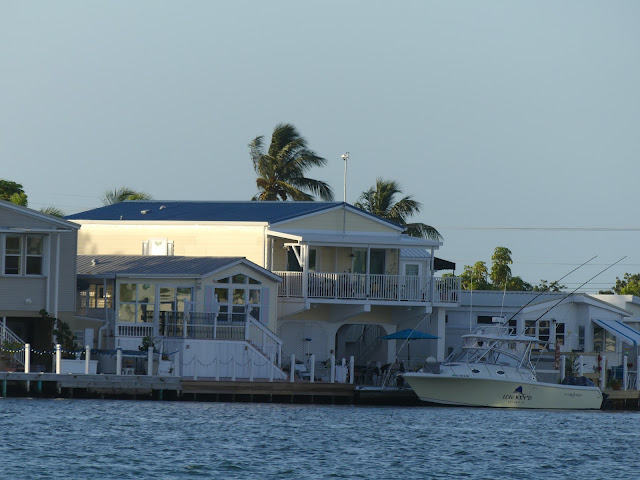 Big Coppitt has become a sort of dormitory community for the working classes as homes are a tad more affordable here than in Key West itself. The commute isn't terrible, twenty minutes door to door and all of it four lane for extra simplicity of driving. Plus you can have a home on the water or on a canal: 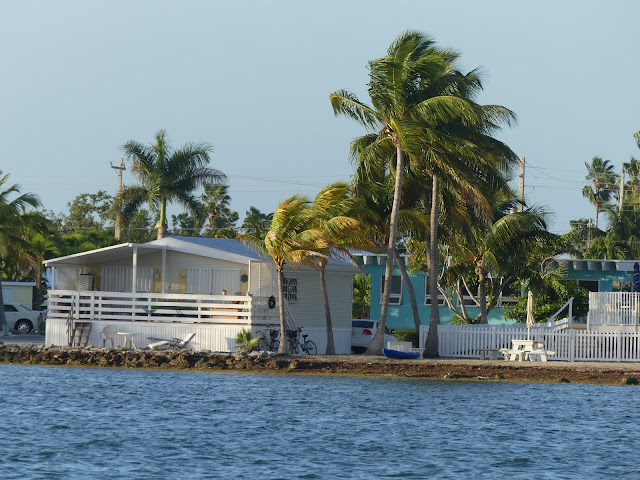 It was a lovely day with a decent sunrise. I took the pictures and Rusty broke up the party, bored. 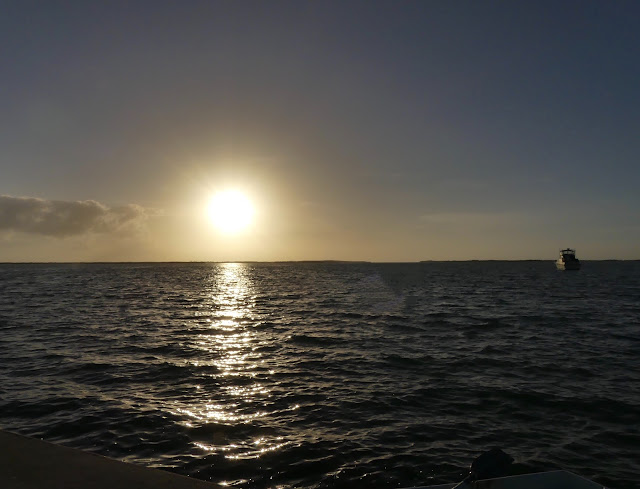