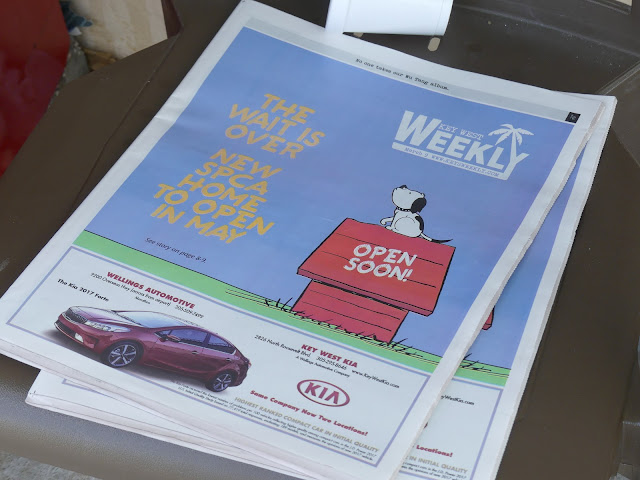 Changes are coming to College Road, the loop road around the north side of Stock Island that the city annexed years ago. That was to help get the golf course developed but the road includes the hospital and the Community College, hence "College" Road. There is also a school which is itself getting rebuilt and the Sheriff's headquarters along with the jail. And nearby is KOTS, the Keys Overnight Temporary Shelter which is close to being shut down. 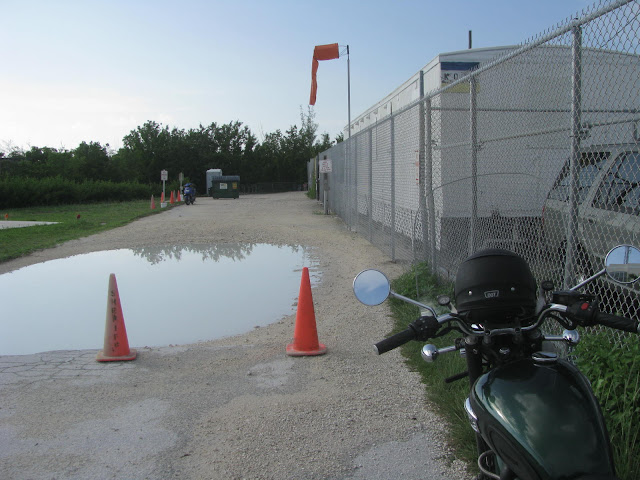 KOTS was opened in response to a Miami judge ruling that Florida localities cannot arrest people for sleeping in public if the jurisdiction (city or county) doesn't offer a free safe place to sleep. So they opened KOTS whereupon the nearby high end condominiums built later threw a fit and demanded that the living dead shuffling to and from KOTS morning and night are too unsightly. So the city and county agreed to end all lawsuits and find KOTS a new home. Not yet they haven't, so the daily shuffle continues. 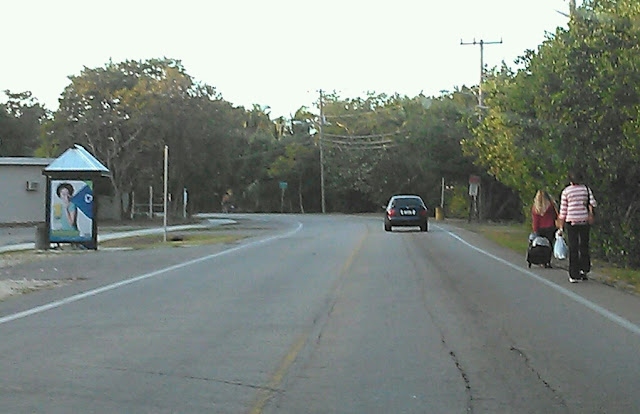 It's unfortunate because many of the occupants aren't bums, they are in fact working poor. Maybe they lost their homes or their partners or their health and they can't come up with $3,000 to move into a $1000 dollar a month apartment so they walk or bus to jobs and sleep at KOTS. Enter the Easter Seals Building: 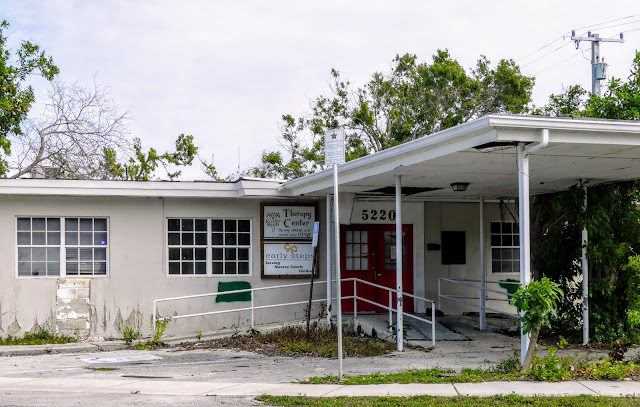 Someone suggested turning it into a day use facility and sleeping are for the homeless to help them get back on their feet. That went over like a lead balloon. The Mosquito Control building in the rear is being replaced by a  new headquarter sin Marathon so who knows what plans there are for this land. City voters are going to vote on a referendum later this year to raise height limits for "affordable housing" on Stock Island without actually knowing what constitutes affordable. So I suspect there will be even bigger changes to announce in this area. Already Sunset Marina has replaced its parking lot with apartment blocks filling the marina with urban concrete. Meanwhile the news for animals is better. 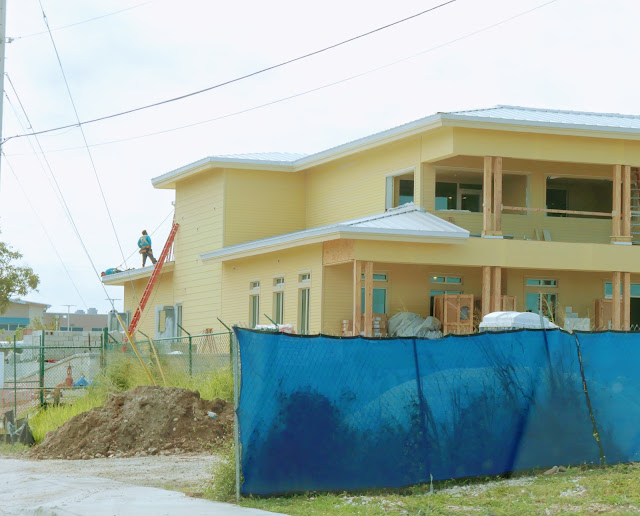 The new five million dollar SPCA  building should be finished in a  couple of months. 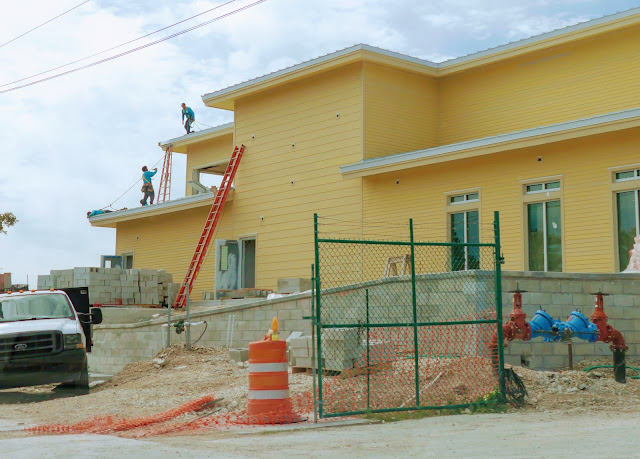 It's sorely needed as the old place is a mess. But I do note the irony that the homeless people don't get anew home while the animals do. Personally I prefer dogs to people yet I find this situation a tad bizarre. 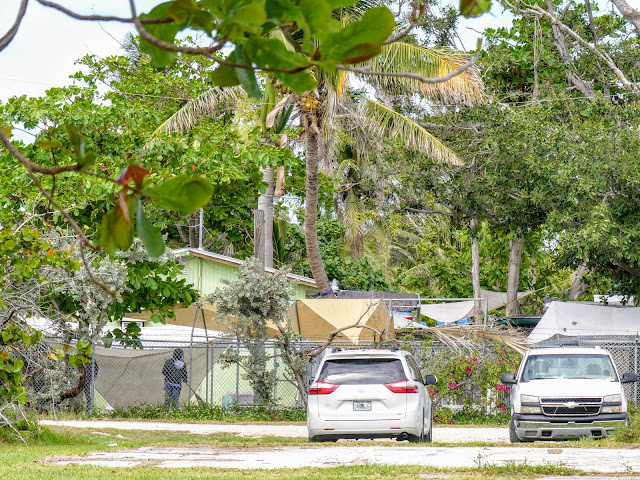 Bayshore manor is another incipient problem...One has to wonder how all these Gordian knots will be unravelled...There are I believe 14 or 16  elderly folks being taken care of at Bayshore Manor and there has been talk of moving them to the new facility being built (and overly tall it is too... as an aside) on Duck Avenue. Some people support the idea as this could be another option for a new homeless shelter but other people say the for profit facility on Duck Avenue won't be a secure long term option. 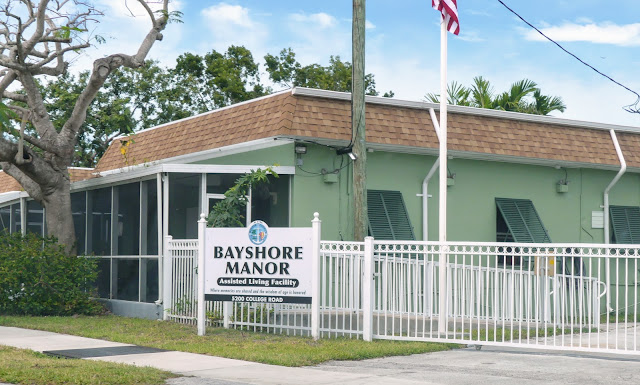 I would be nervous were I a resident here as there seems to be some huge unseen drive to redevelop this stretch of College Road. I have the feeling this will all look different in a few years. 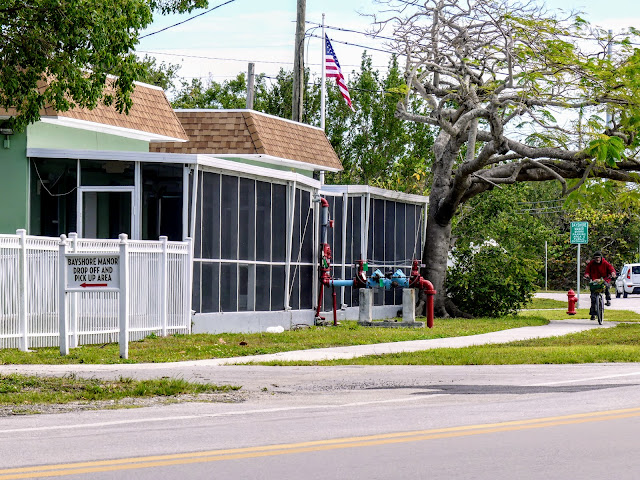 The city relocated its bus depot here from Palm Avenue and sited the bus depot on top of what used to be the waste-to-power plant that got shut down by the same entitled condo owners who closed KOTS. The idea was to replace the old air scrubbers with modern air cleaners but that wasn't good enough and the  facility that produced cheap electricity was shut down and the city hauls it's trash to Pompano Beach for burial 170 miles away. 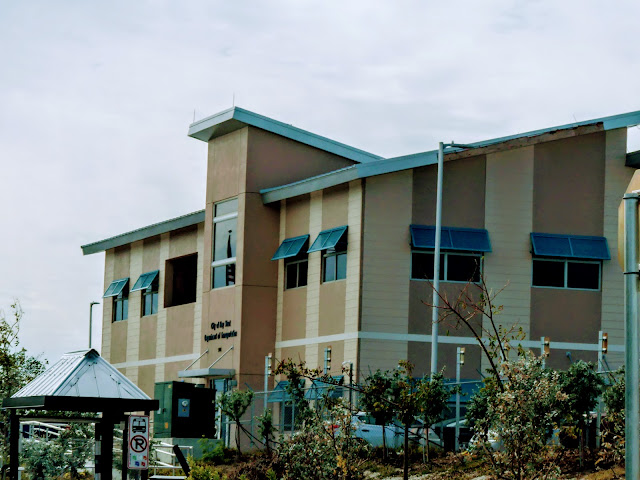 I suppose the new transit facility is a good thing and they are running the buses on clean gas... 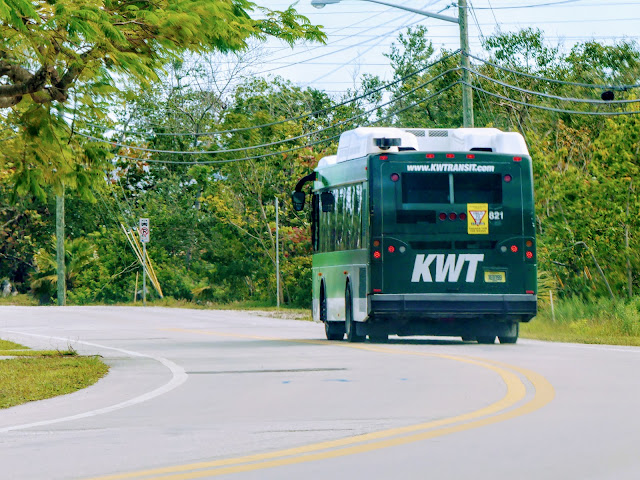 A good thing indeed.
Posted by Conchscooter at 12:00 AM 2 comments: