I have been trying to adapt to getting up to the merry sound of an alarm clock waking me before dawn every work morning. It's not easy even though the pre-dawn ride into work is fun as there is very little traffic on the highway at five in the morning. By the middle of the day I am ready to get out of the dispatch center and enjoy some of that sun and air I can see through the office windows. 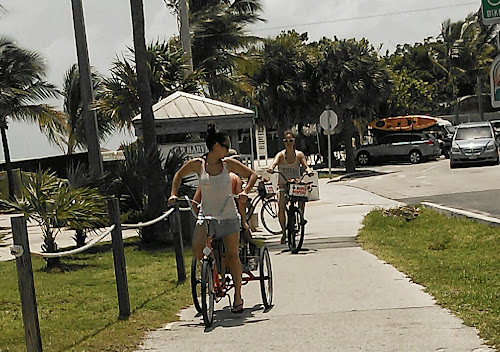 I am reading an omnibus edition of three Aurelio Zen mysteries by the late Michael Dibden, who wrote a series of novels about an Italian detective working in late 20th century Italy. The English author has captured the feel and politics of the country like none other, and I really enjoy the travel stories combined with the murder mysteries. So I chose a picnic table at Rest Beach to sit in the shade, breathe fresh sea air and read my book. Except people kept passing by and distracting me. 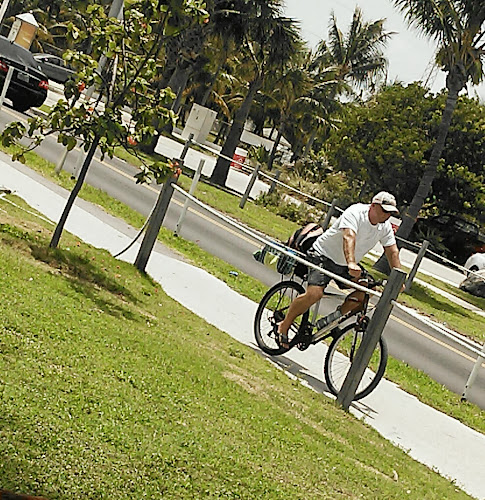 Rest Beach is next to Higgs Beach on the south side of the island, thus it's a fair distance from Duval Street, and only the hardiest visitors make it out here. That it's not far from Sandy's Café and all those Cuban coffees and sandwiches can be an advantage or not depending on your ability to resist caloric temptation. 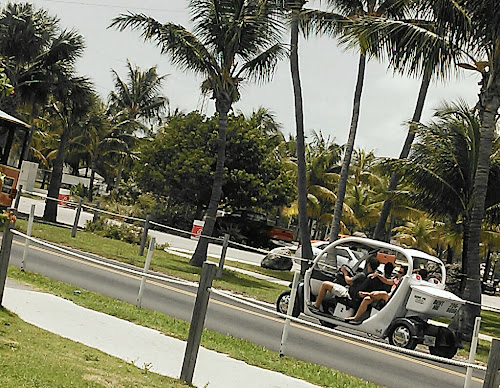 Rest Beach technically isn't named for putting your feet up. It's named, of course, for a local notable, but what the guide books will tell is this place used to be a slaughter beach. The cows which were kept on neighboring Stock Island were brought here by boat and sent to their reward so islanders could eat beef (we'll skip the gory details). The guide books will also tell you people find bovine jawbones on the beach as a souvenir of times past. I think that's rubbish by now. If anyone could find a semi-submerged jawbone it would be my constant companion, but Cheyenne has never settled into the dead seagrass to gnaw happily on a bone from along dead cow. That piece of history is history. 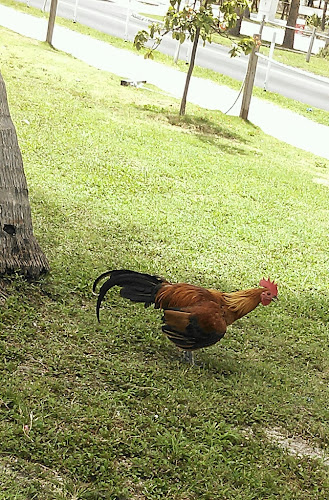 The Rest Beach story is a bit like the wild chickens of Key West story. They say the chickens are descended from fighting cocks brought from Cuba. Which begs the question: how did they reproduce and become the citywide plague they are today? 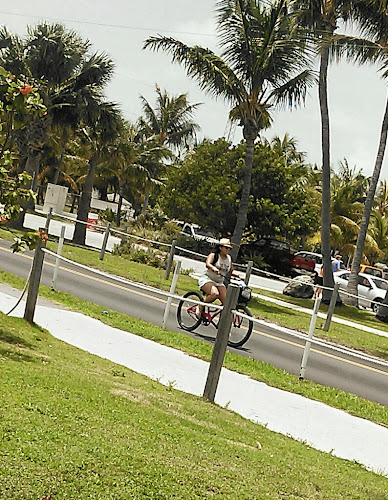 These are imponderable mysteries and far too complicated to unravel on a mere lunch break. Back to work for me. My wife sent me a picture on Sunday when I was at work and she wasn't. Apparently Cheyenne spends her lunch break quite differently from me. 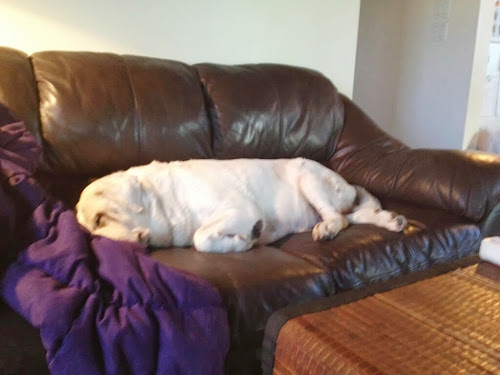 I don't wish I was a dog. Cheyenne spent 8 years being unhappy for no fault of her own. It's a bit different now but she was just got lucky two thirds into her blameless life. Every day I feel lucky I know her.