A Short Walk in the Hindu Kush

I have done this before and it feels like it is time once again to enjoy some great travel writing. Eric Newby died in 2006  after a life spent traveling and writing. In 1956  he published The Last Grain Race an account of his experience sailing a four masted barque to Australia from England and back. His most popular book A Short Walk in the Hindu Kush made his reputation. It is from that book that the Observer newspaper made available this excerpt which is the final paragraphs of the final chapter from one of the funniest travel books published.
We came to cornfields and a village called Arayu, full of savage dogs and surly-looking Tajiks and mud houses like those of Egyptian fellahin. This patch of cultivation was succeeded by a mighty red-cliffed gorge where there were caves in which we sheltered from the midday sun. But not for long. The path to Parian and Shahnaiz led up out of it, high over the mountain. At the watershed we turned still more to the north, going downhill again now and into a final narrow valley where the wind threw the spray from a river in our faces. It was spray from the Parian, the Upper Panjshir. We had made it ...
'Look,' said Hugh, 'it must be Thesiger.'
Coming towards us out of the great gorge where the river thundered was a small caravan like our own. He named an English explorer, a remarkable throwback to the Victorian era, a fluent speaker of Arabic, a very brave man, who has twice crossed the Empty Quarter and, apart from a few weeks every year, has passed his entire life among primitive peoples. 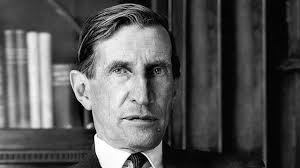 We had been on the march for a month. We were all rather jaded; the horses were galled because the drivers were careless of them, and their ribs stood out because they had been in places only fit for mules and forded innumerable torrents filled with slippery rocks as big as footballs; the drivers had run out of tobacco and were pining for their wives; there was no more sugar to put in the tea, no more jam, no more cigarettes and I was reading The Hound of the Baskervilles for the third time; all of us suffered from persistent dysentery. The ecstatic sensations we had experienced at a higher altitude were beginning to wear off. It was not a particularly gay party.

Thesiger's caravan was abreast of us now, his horses lurching to a standstill on the execrable track. They were deep-loaded with great wooden presses, marked 'British Museum', and black tin trunks. The party consisted of two villainous-looking tribesmen dressed like royal mourners in long overcoats reaching to the ankles; a shivering Tajik cook, to whom some strange mutation had given bright red hair, unsuitably dressed for central Asia in crippling pointed brown shoes and natty socks supported by suspenders, but no trousers; the interpreter, a gloomy-looking middle-class Afghan in a coma of fatigue, wearing dark glasses, a double-breasted lounge suit and an American hat with stitching all over it; and Thesiger himself, a great, long-striding crag of a man, with an outcrop for a nose and bushy eyebrows, 45 years old and as hard as nails, in an old tweed jacket, a pair of thin grey cotton trousers, rope-soled Persian slippers and a woollen cap comforter. 'Turn round,' he said, 'you'll stay the night with us. We're going to kill some chickens.' 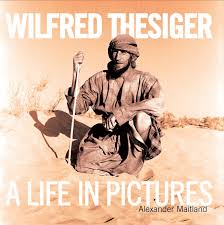 We tried to explain that we had to get to Kabul, that we wanted our mail, but our men, who professed to understand no English but were reluctant to pass through the gorges at night, had already turned the horses and were making for the collection of miserable hovels that was the nearest village. Soon we were sitting on a carpet under some mulberry trees, surrounded by the entire population, with all Thesiger's belongings piled up behind us. 'Can't speak a word of the language,' he said cheerfully. 'Know a lot of the Koran by heart but not a word of Persian. Still, it's not really necessary. Here, you,' he shouted at the cook, who had only entered his service the day before and had never seen another Englishman. 'Make some green tea and a lot of chicken and rice - three chickens.'
'No good bothering the interpreter,' he went on, 'the poor fellow's got a sty, that's why we only did 17 miles today.'
Soon the cook was back, semaphoring desperately. 'Speak up, can't understand a thing. You want sugar? Why don't you say so?' he produced a bunch of keys, like a housekeeper in some stately home ...
'That cook's going to die,' said Thesiger; 'hasn't got a coat and look at his feet. We're 9,000 feet if we're an inch here. How high's the Chamar Pass?' We told him 16,000 feet. 'Get yourself a coat and boots, do you hear?' he shouted in the direction of the camp fire.
After two hours the chickens arrived; they were like elastic, only the rice and gravy were delicious....
'England's going to pot,' said Thesiger, as Hugh and I lay smoking the interpreter's king-size cigarettes, the first for a fortnight. 'Look at this shirt, I've only had it three years, now it's splitting. Same with tailors; Gull and Croke made me a pair of whipcord trousers to go to the Atlas Mountains. Sixteen guineas - wore a hole in them in a fortnight. Bought half a dozen shotguns to give to my headmen, well-known make, 20 guineas apiece, absolute rubbish.'
He began to tell me about his Arabs. 'I give them powders for worms and that sort of thing.' I asked him about surgery. 'I take off fingers and there's a lot of surgery to be done. They're frightened of their own doctors because they're not clean.'
'Do you do it? Cutting off fingers?'
'Hundreds of them,' he said dreamily, for it was very late. 'Lord yes. Why, the other day I took out an eye. I enjoyed that. Let's turn in.'
The ground was like iron with sharp rocks sticking up out of it. We started to blow up our air-beds. 'God, you must be a couple of pansies,' said Thesiger.
· Extracted from A Short Walk in the Hindu Kush (Picador), reprinted by permission of HarperCollins. To order a copy for £7.99 with free UK p&p go to observer.co.uk/bookshop
Posted by Conchscooter at 12:00 AM No comments: Links to this post