We were in Fort Myers recently on the southwest coast of Florida and I decided to take Rusty for an early morning walk that Sunday in the haunts where I used to walk Cheyenne. She loved Ft Myers after a Saturday night when the downtown was overrun by people having a good time spilling pizza and fries and leaving a gigantic mess. 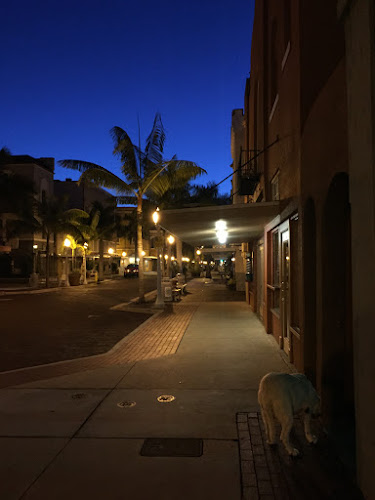 Rusty isn't nearly as food motivated as my old Labrador was but he seemed to enjoy the sights and smells of downtown Ft Myers: 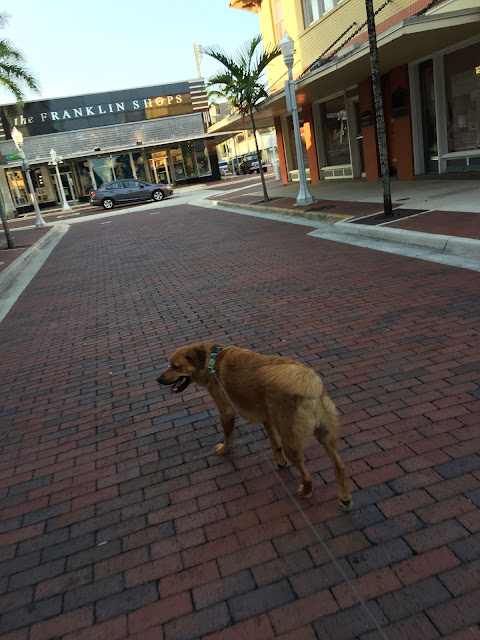 I have to give kudos to this city for it's renovation efforts. It looks really good. I was never terribly fond of Fort Myers when I lived here briefly. It has everything in place to be a great place to live, low cost housing fabulous beaches (twenty miles down river) and access to the rest of Florida on really good roads. And there used to be the chance to see interesting motorcycles when I walked Cheyenne here. You don't see Moto Guzzis in Key West: The trouble is with me. I don't fit in with people who live in Ft Myers. It's a conservative town, a place where the status quo is accepted without question and for me its a healthy reminder that the chaos of Key West is a product of the anarchic spirit that moves the Southernmost City.  The clean sidewalks, neat landscaping and dearth of garbage in Ft Myers is a product of the orderliness that would drive me crazy.  That did drive me crazy when I lived here. For instance I liked to ride my bicycle to work. In the months I worked there  my colleagues never understood that I enjoyed the ride. They viewed me as deprived. Something as simple as riding to work was too far outside the norm for them. It wore me out. 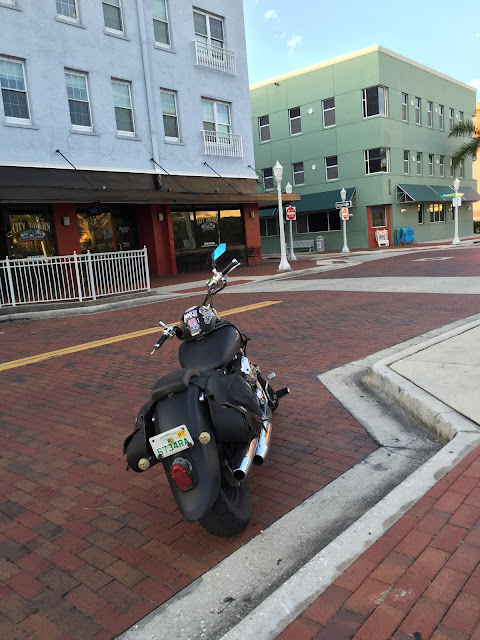 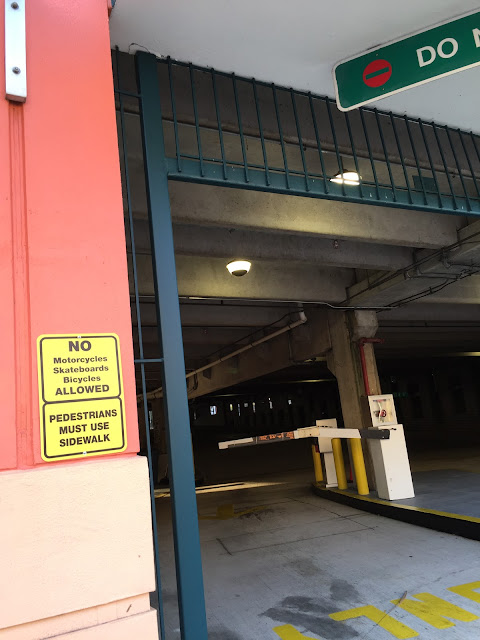 And some of the birds show signs of rebellion: 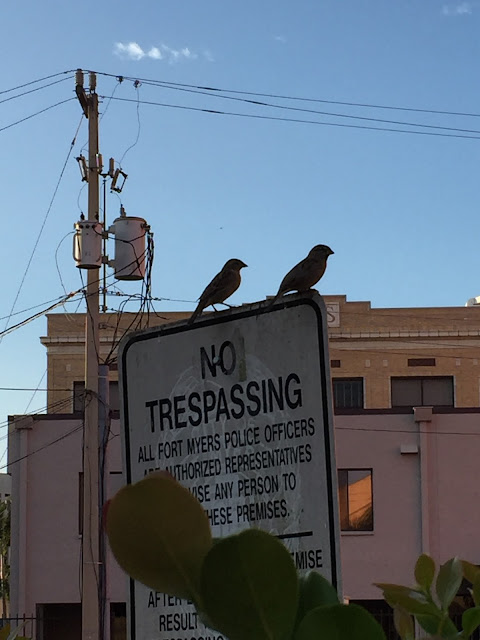 The architecture downtown is widely varied and nicely maintained. 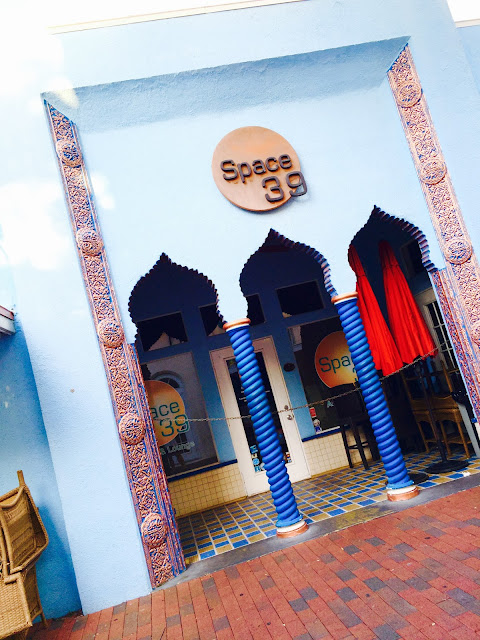 Rusty was on the prowl: 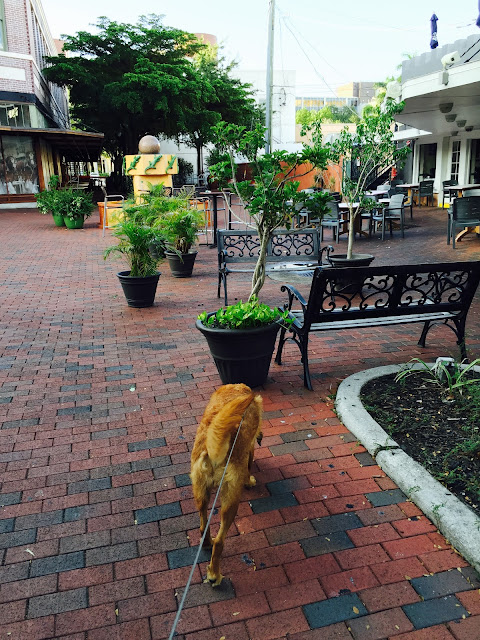 Sometimes I miss Cheyenne's placid plod, and as slow as she was compared to young Rusty she never missed a thing. Which made me laugh. 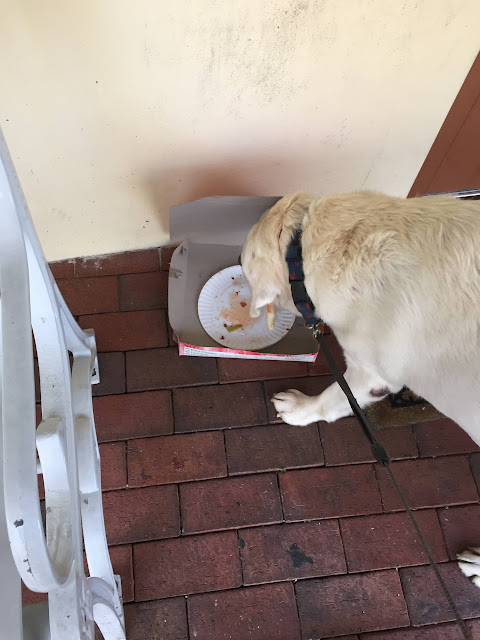 I found this motorcycle space, free and miles from anywhere but outside the rather flash library. Downtown itself is reserved for cars. 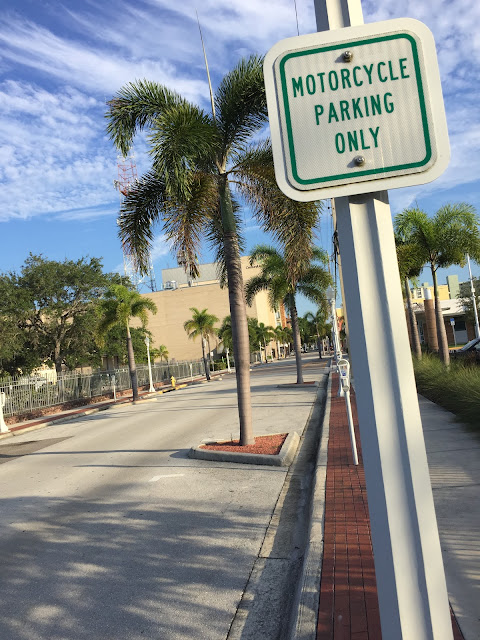 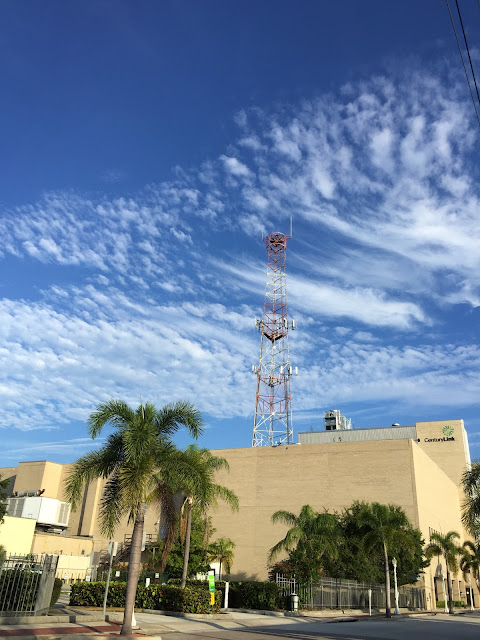 I liked the devil-may-care sign on the door of this business. Then I noticed it was no longer in operation which I suppose proves my point. Whimsy and Ft Myers do not travel well together. 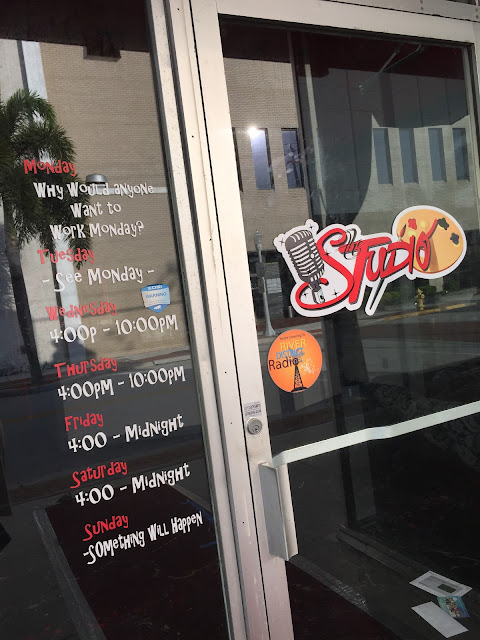 However things are changing. The city is planning for a new type of retiree, a change from the greatest generation to baby boomers. 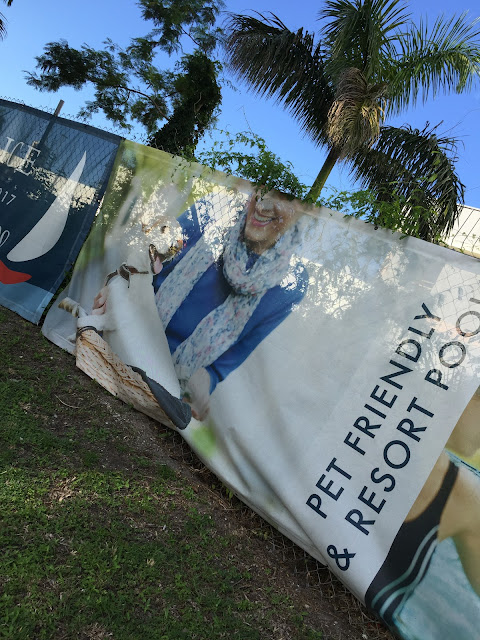 The huge retirement tower overlooking the Caloosahatchee River has got a makeover. 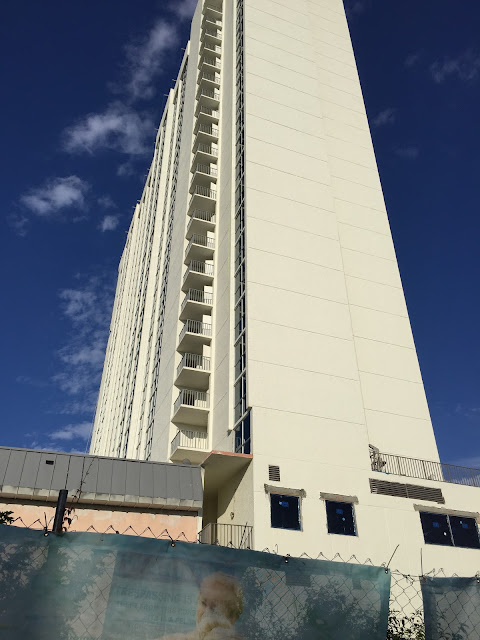 It used to be Pepto Bismol pink and a startling landmark it was too.

Happy Field is the translation for the new name for the place. It sounds like God's anteroom. the Elysian Fields, affordable retirement for those of us fleeing Key West now unaffordable. 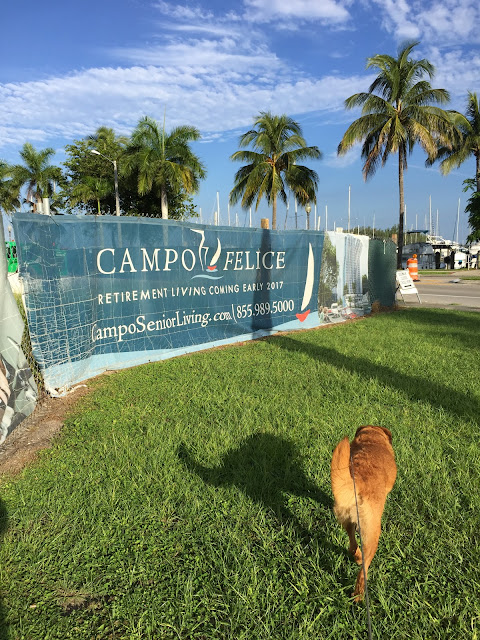 And from the retirement home you could stroll out to enjoy the city marina on the river: 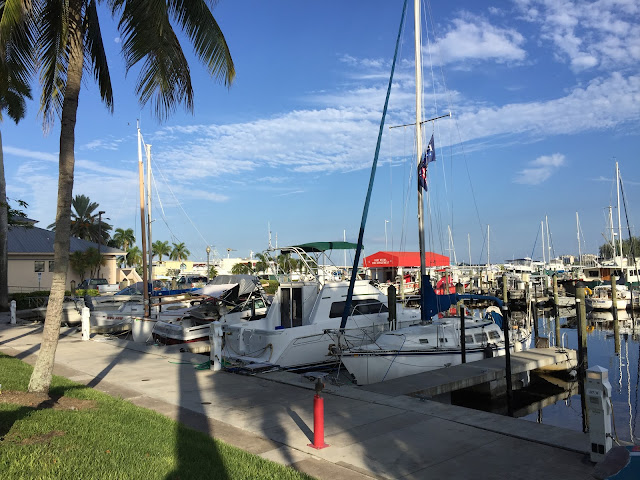 Ft Myers should be able to attract enough people. The weather is a bit rough, hot muggy and always raining in summer and capable of frost in the winter, though not much. For people used to snow drifts it doesn't get much better than this. 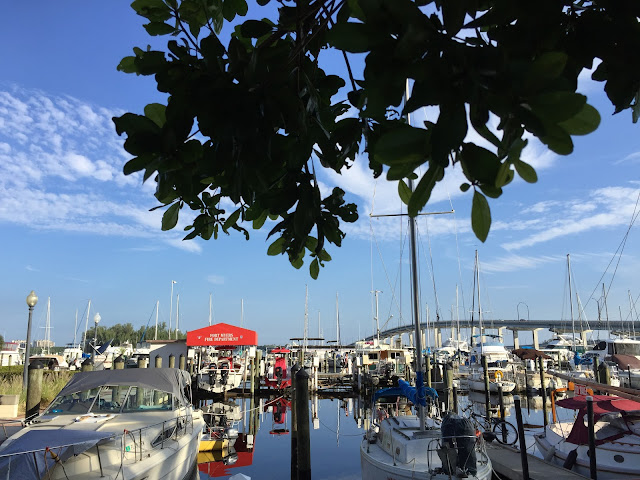 Rusty gave it his approval. 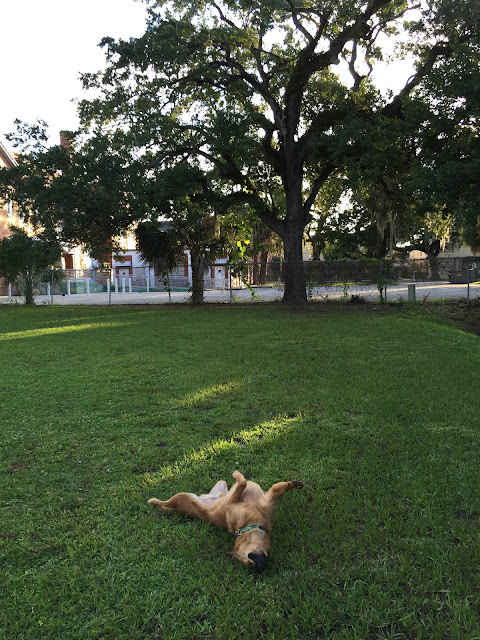 They have a vision going in Ft Myers. I wish I shared it. Instead I'll have o stay grumpy with Key West's chaotic hope-for-the-best vision. So far it seems to work.
Posted by Conchscooter at 12:00 AM No comments: