The last couple of nights at work have been filled with calls from incandescent citizens complaining about hordes of young people rampaging through New Town egging homes and cars and people. That's when we dispatchers put our heads in our hands and groan in unison: "Coffin Night" which can persist over several days. Two years ago police officers found the coffin early on, as we shall see below. This year, no such luck, so far, so the egging goes on. And on.

The  real meaning of Coffin Night in Key West is a Conch mystery shrouded in darkness and illuminated only slightly by the knowledge that coffin night is a form of celebration of the start of Homecoming at Key West High. Coffin night is not a school activity and no adult would be caught dead supporting it. yet it is a preternaturally Key West tradition, as local as a Cuban mix sandwich or a civic leader riding a scooter around town. It is unhappily Coffin Night this week and the eggs are flying. 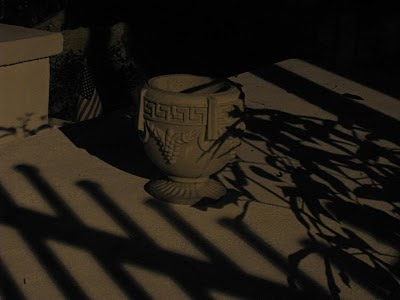 The senior class hides a small coffin they build for the occasion and the junior class has to run all over key West looking for it. Coffin Week involves a variety of other activities but the hunt for the coffin is the highlight. The problem is that egging is also a highlight of the hunt and young people all over Key West's New Town neighborhood can be spotted hauling quantities of eggs to throw at people and vehicles. It sounds funny but it can be overwhelming, I heard of one passerby copping more than 50 eggs in a pelting. Raw eggs do terrible things to car paint and a vehicle parked overnight without the owner spotting the offending yolk can lead to an expensive repair to restore the paint. People get annoyed by egg throwing. 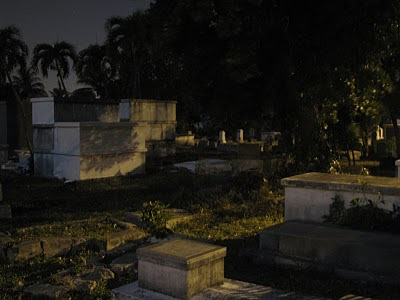 The background to this madness goes back to a football tradition. Apparently seniors celebrated their team's invincibility by making a coffin at the start of the season and represented that superiority by building a coffin in which to bury their opponents. Then the Juniors took it upon themselves to try to steal the coffin to annoy the seniors. In the struggle to secure the coffin eggs became the weapon of choice, and so the tradition grew and has become enshrined at Key West High School. Coffin Night is a Conch activity like no other, it is reserved to the New Town half of the island and thus is invisible to the great mass of drinkers on Duval in the hours of darkness.


And in case you were wondering this year a responsible adult found the coffin in the early hours of Tuesday morning, not soon enough to end the madness which got wild enough that the traditional homecoming bonfire has reportedly been cancelled. That would be the bonfire designed to ceremonially burn the symbolic coffin.

That should have stopped the egging but I guess the kids had stashed a large quantity of eggs and I further suppose they can't actually eat all their ammunition. And so it goes.
Posted by Conchscooter at 12:00 AM 2 comments: