This used to be a local business, on the 500 block of Angela Street: 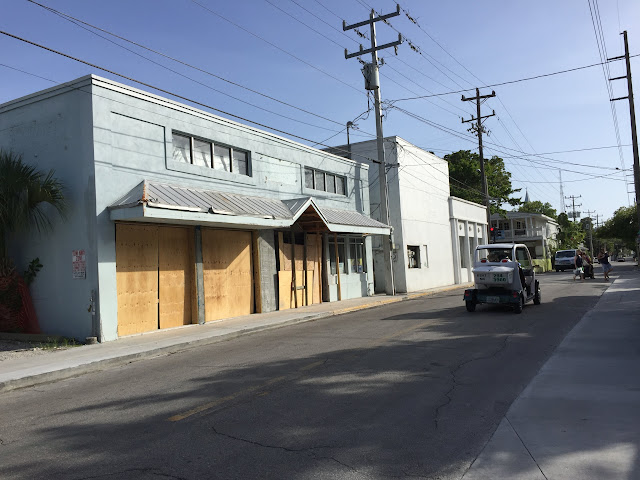 Rexall had been Consolidated Electric Supply and the old signage came to light as the renovation of the building got underway. 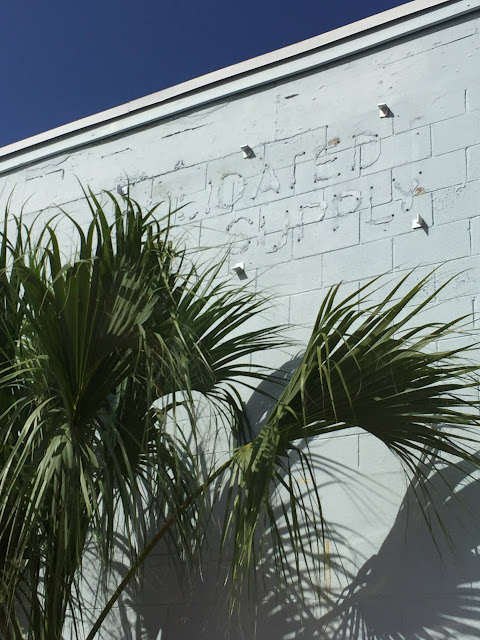 The huge AME  Church on Whitehead Street came into view as I strolled down Angela Street toward Bahama Village but funnily enough the entire structure got masked by a modest poinciana tree. It's all in the perspective: 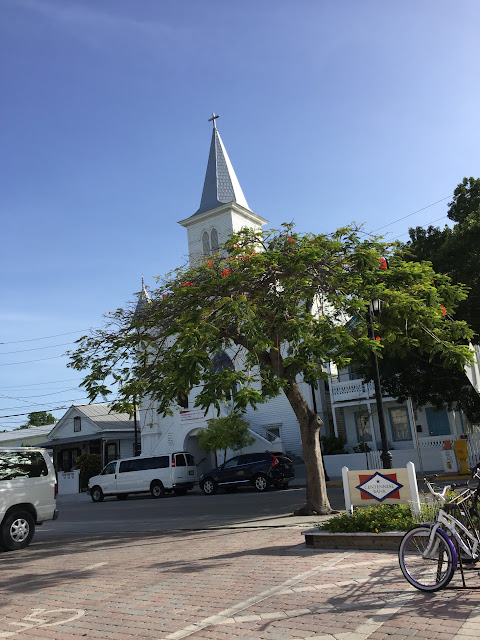 Moving across Whitehead toward Mickens Lane I saw a balcony worthy of fair Juliet. She wasn't there. 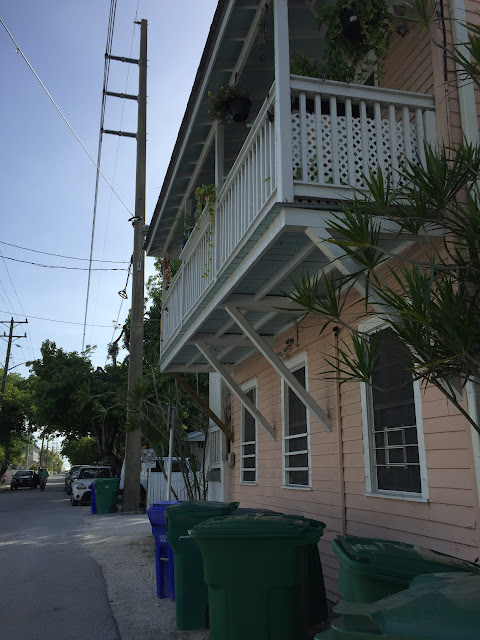 "Unauthorized vehicles will be..." We will never know what their designated fate might be. Repainted? Scrapped? Sold at auction? I know the hardware store has a crappy nasty plastic replacement ready to uglify the building. 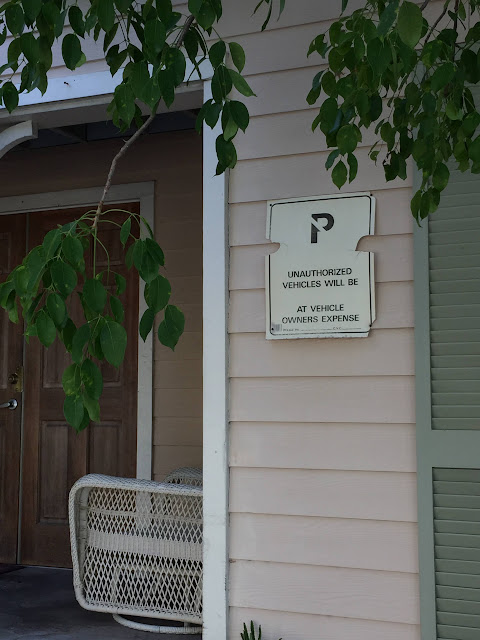 Happiness is a scooter on a  sunny day: 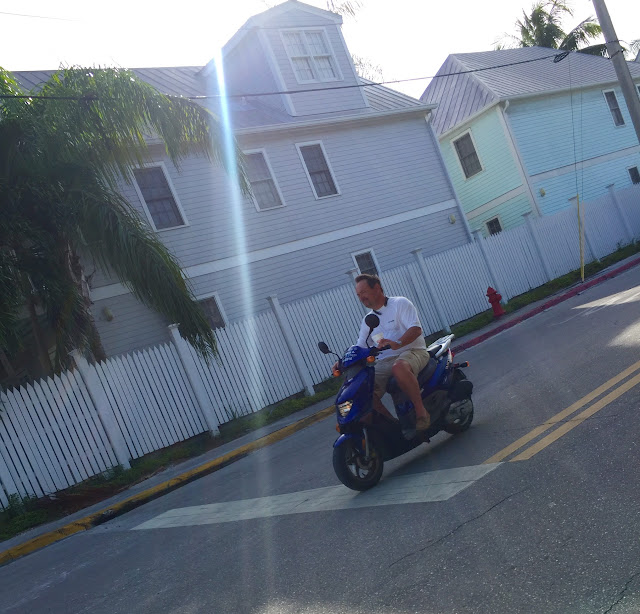 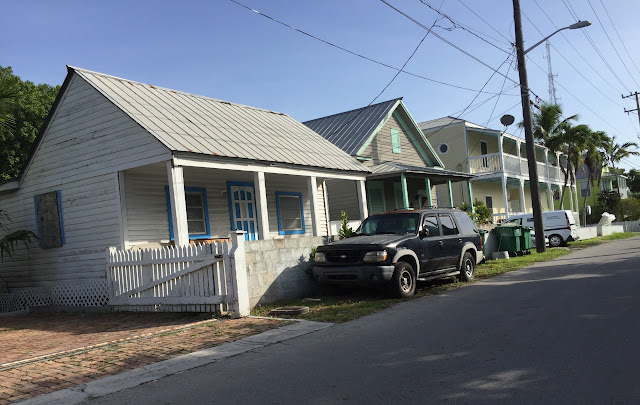 And there's the other end of Chapman at Petronia, and I took the picture to play with the light on the side of the RV: 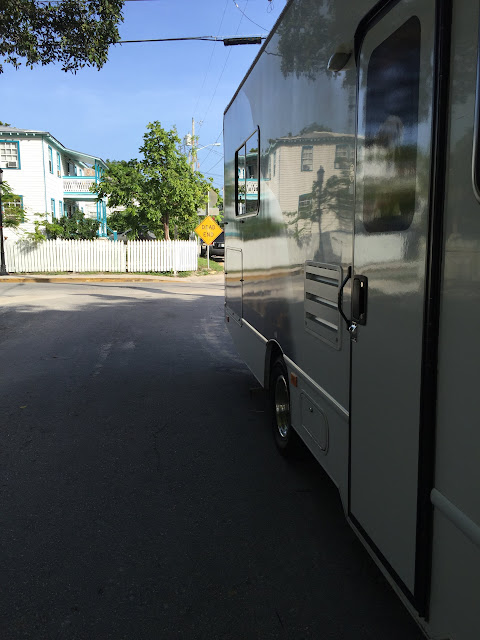 Mr Chapman appears to be back in his old home after much noise about his being thrown out of the home he had owned for much of his life. His tricycle was there at least ready for his evening illuminated, musical ride down Duval. 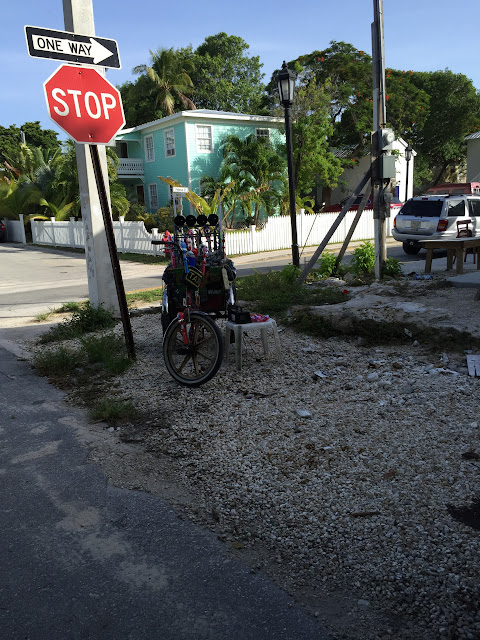 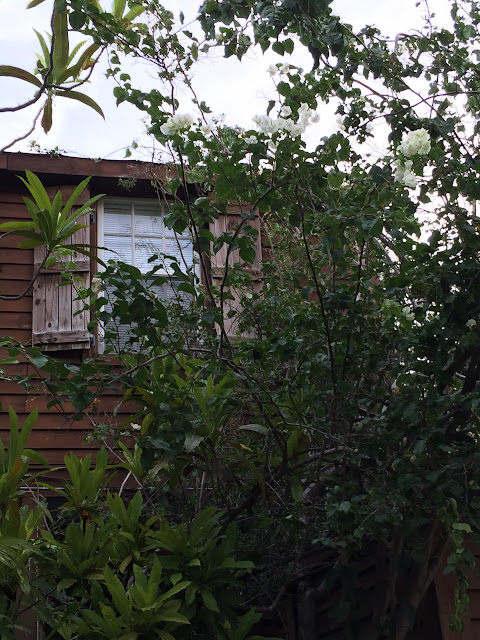 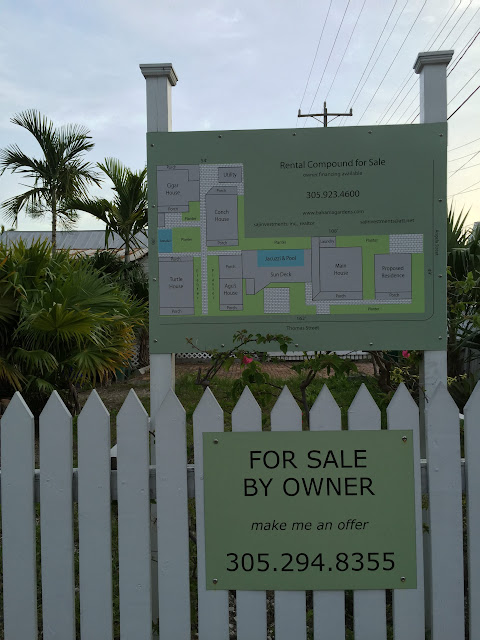 It won't ever stop will it? Building, change, more and more, world without end.
Posted by Conchscooter at 12:00 AM 1 comment: