To be awake at dawn with your Labrador and to have not a care in the world is a wonderful thing. I decided it was time we went for a walk in the Meadows, that part of Key West that looks like Old Town but is on the western edge of Garrison Bight. 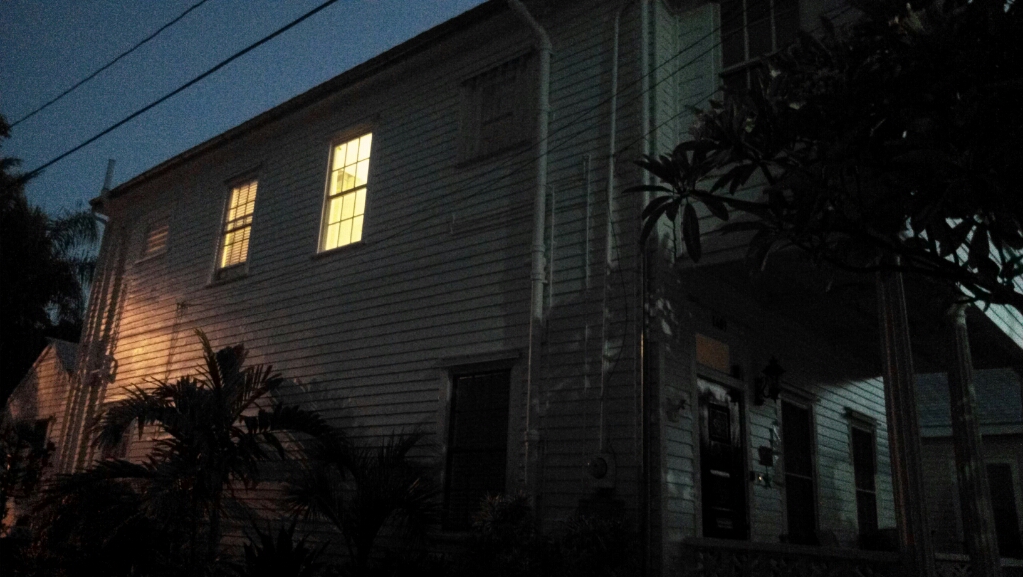 It's those streets bounded by Angela at Peary Court to Truman, and White to Eisenhower. 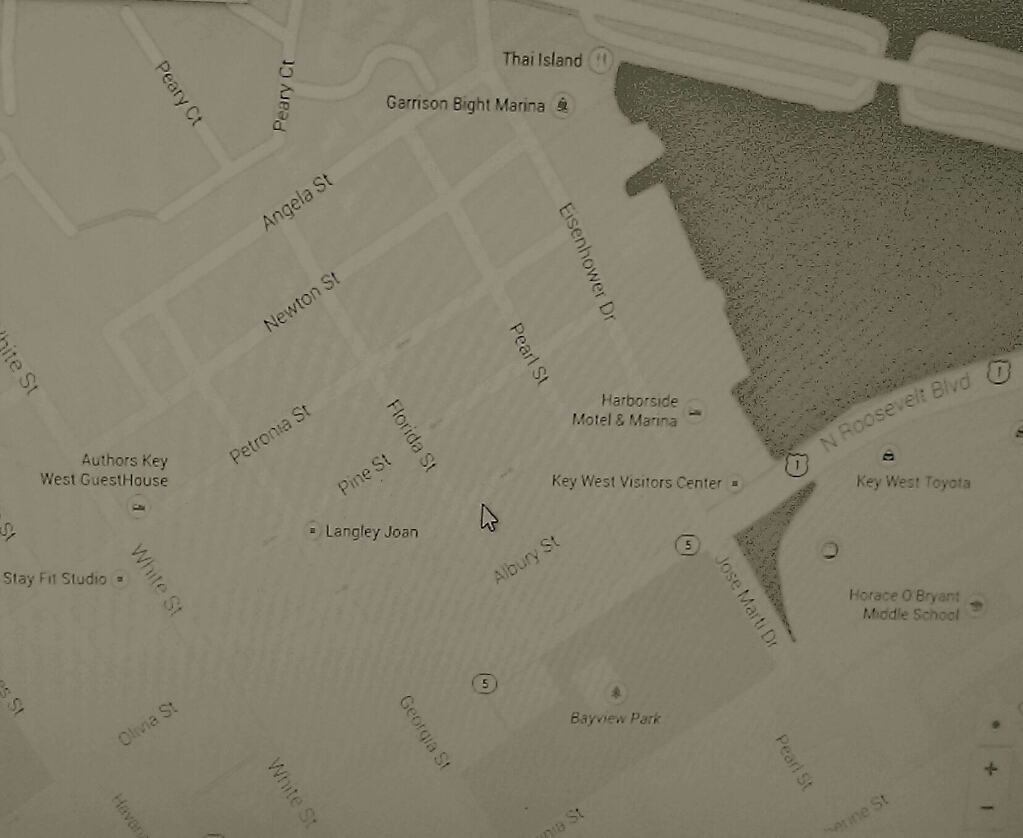 The bits I like about it is that it's a quiet neighborhood, not least at dawn in September. In winter throngs of people would be out walking their dogs about now. 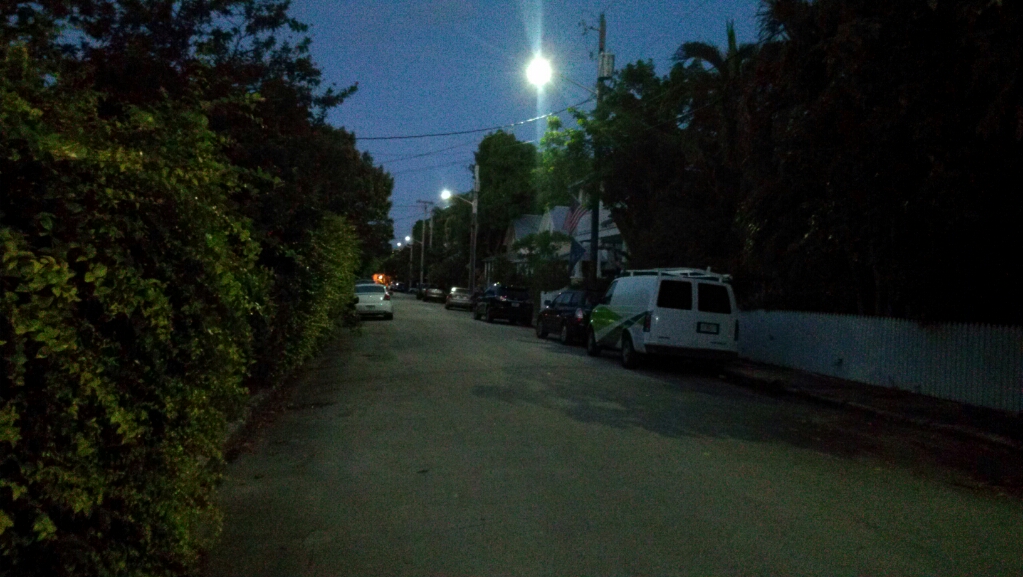 My dog had the run of the place and this was her day, apparently to sniff tires. 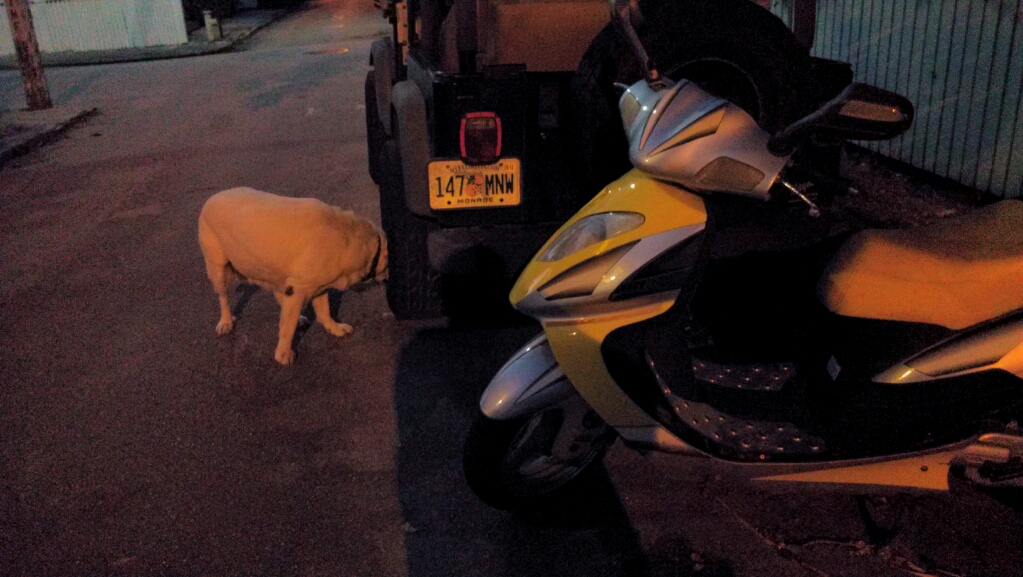 I enjoy the mixture of architecture here, Old Florida: 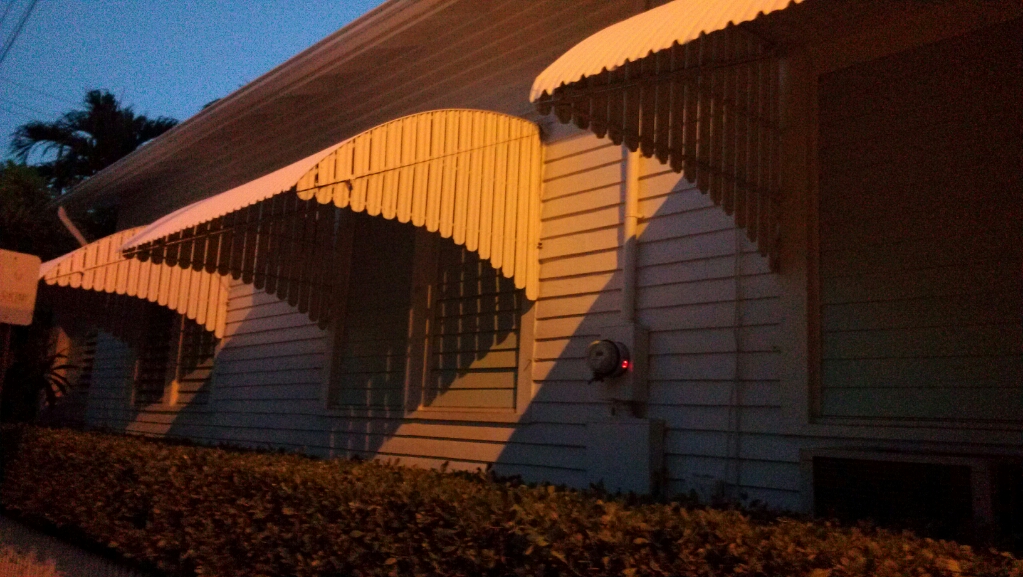 Trim homes with compliant palms to add a touch of tropical charm: 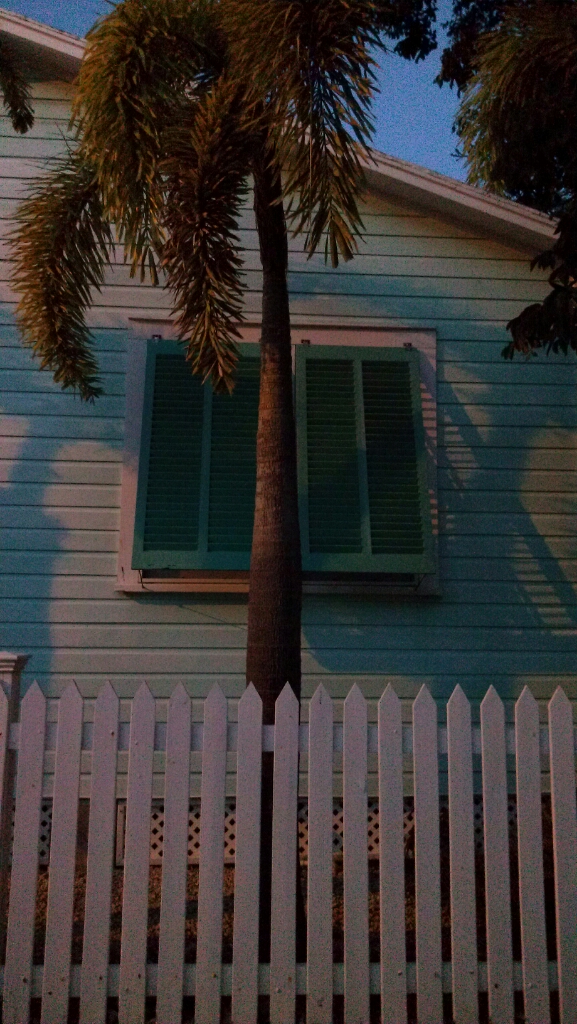 A pensive Labrador weighing her options: 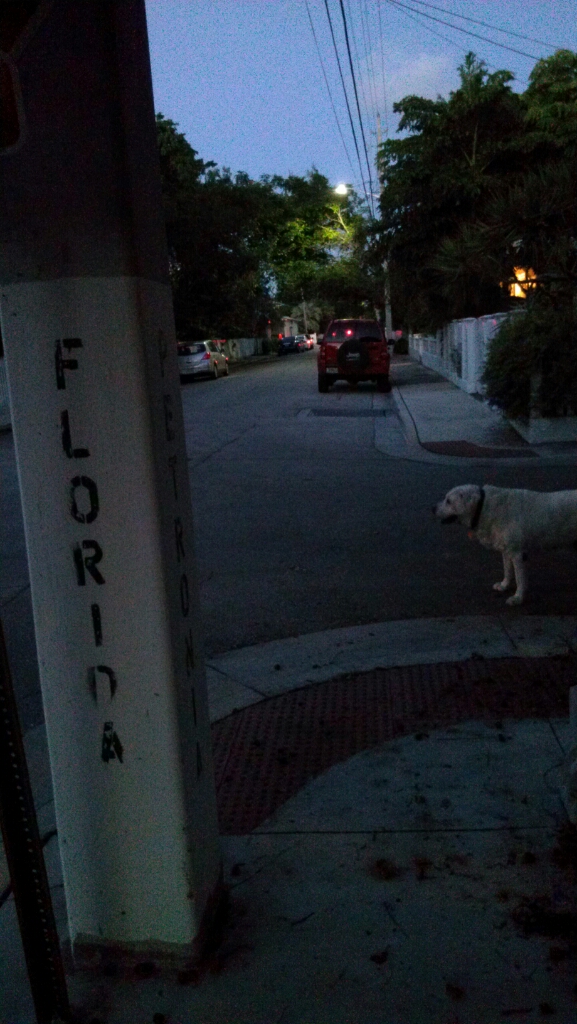 Lots of trees in this neighborhood, always a sign of wealth for some reason. Homes in The Meadows aren't cheap, and half a million dollars won't buy you much if you are used to ranchettes on quarter acres in other places. There are no sidewalks which is annoying and off street parking is rare as most garages have been sacrificed to create more living space. 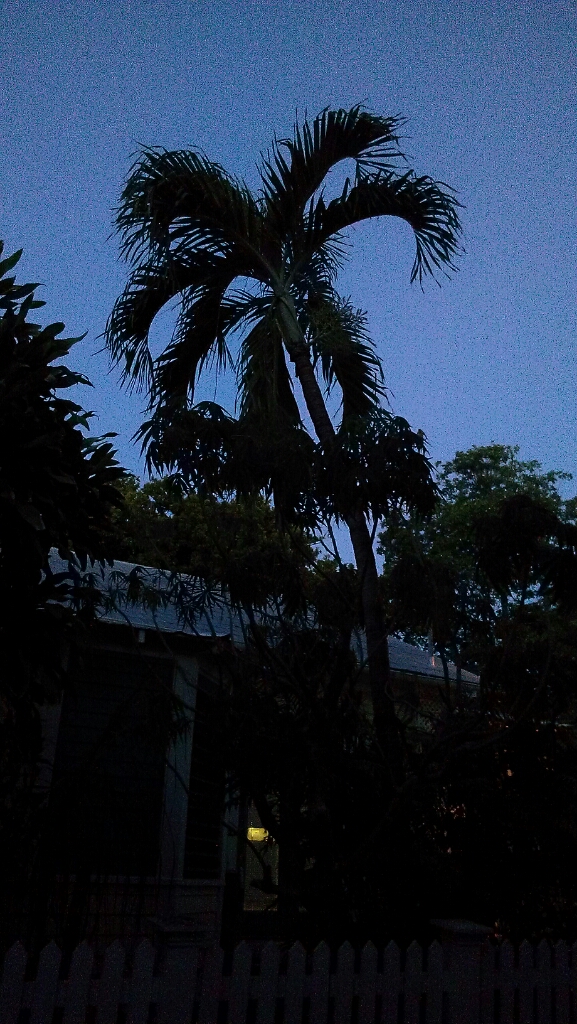 The charm of this neighborhood is obvious, despite the cars crammed on the streets. 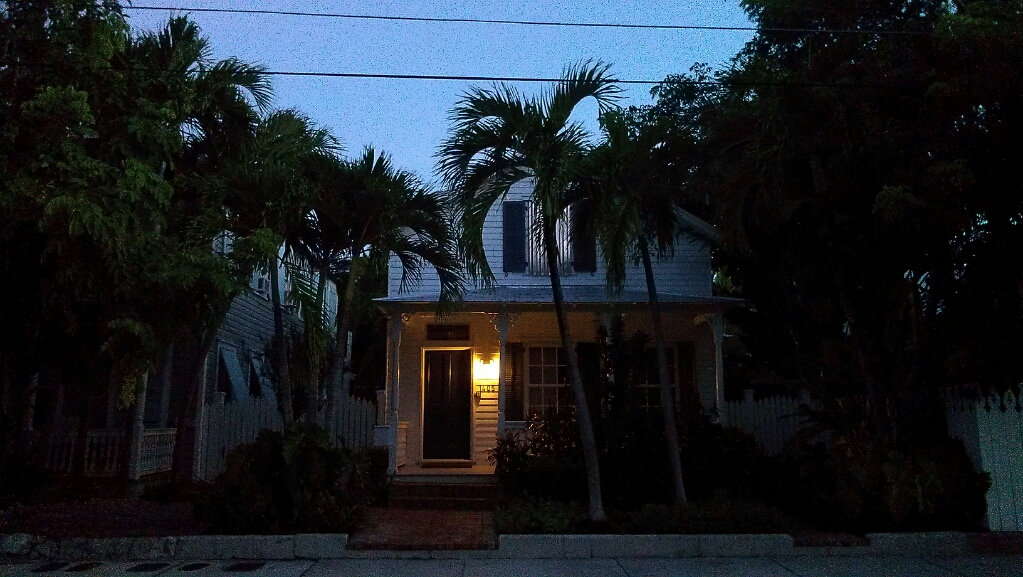 The Meadows got their name from the time these streets were built on a meadow, I am told. 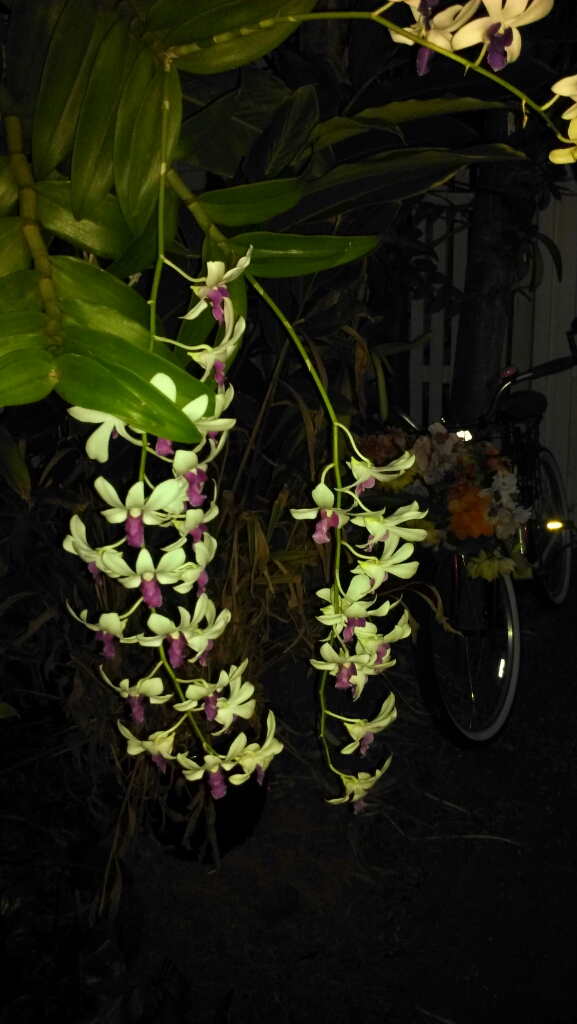 There are no shops, no tourist attractions, no convenience stores and thus no reasons to visit these selected streets, unless you live here or are eccentric enough to enjoy walking your dog here. 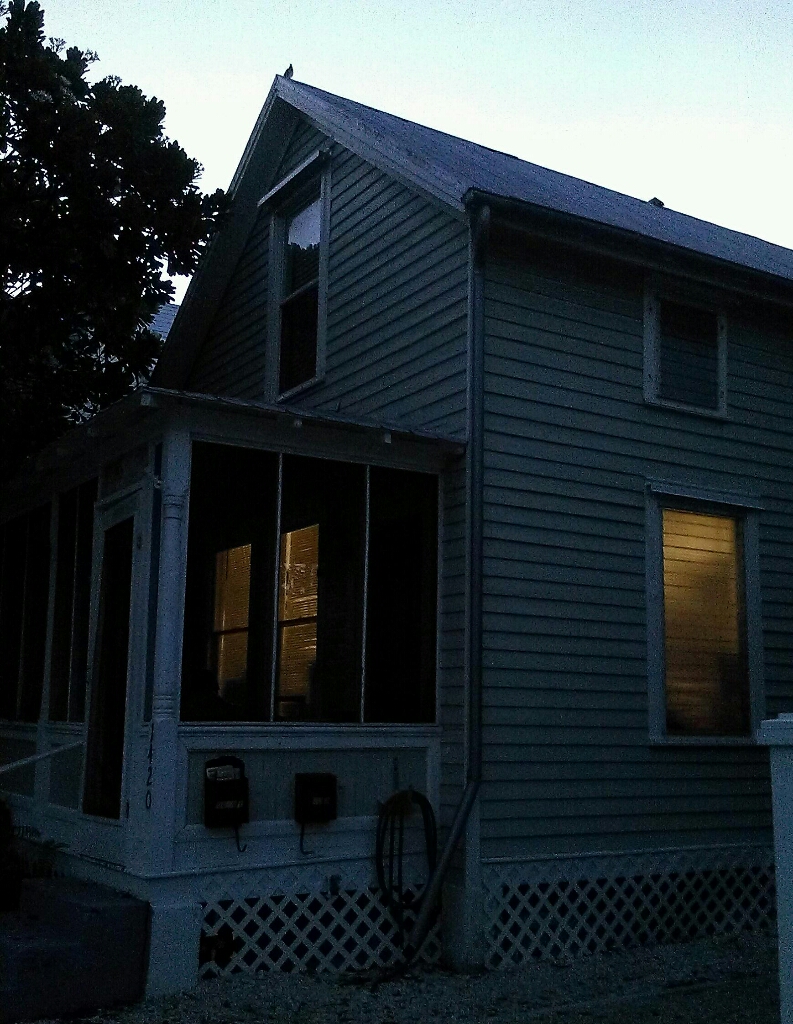 Even the old street markers survive even if they are not apparently considered worth preserving legibly. 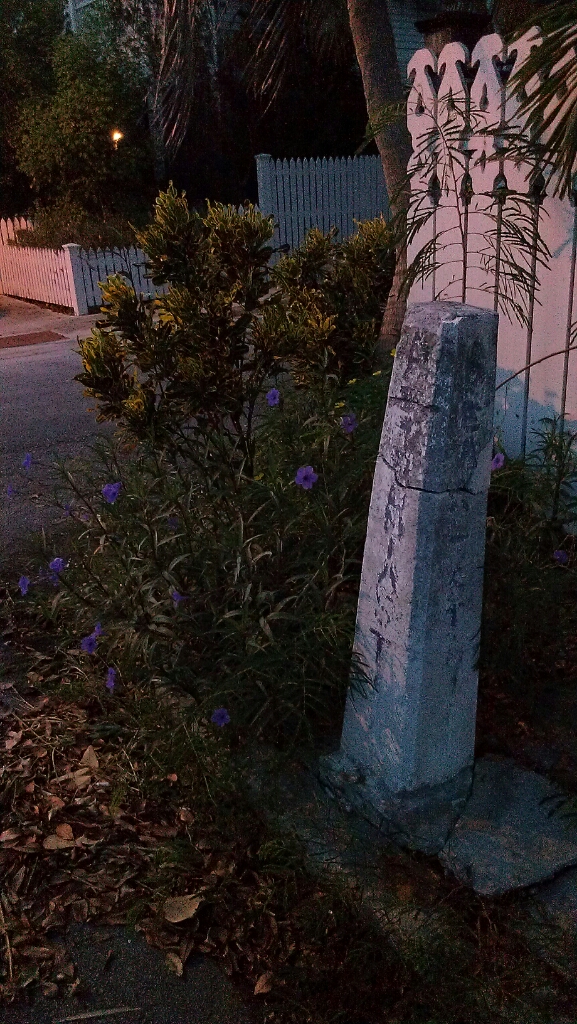 And so we left before the neighbors were properly awake.