One doesn't want to be rude but what on Earth possesses people to put eyelashes on their cars? I have absolutely no idea but here we are: 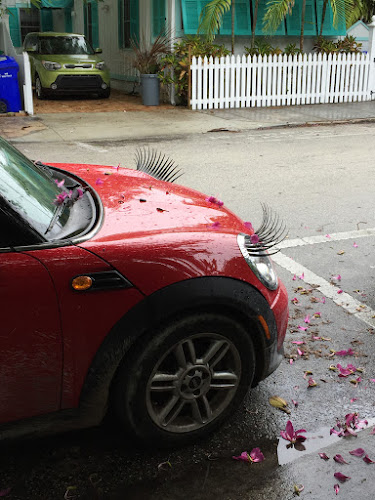 And there are the drivers who take dreary K cars and paint them interesting. Or not: 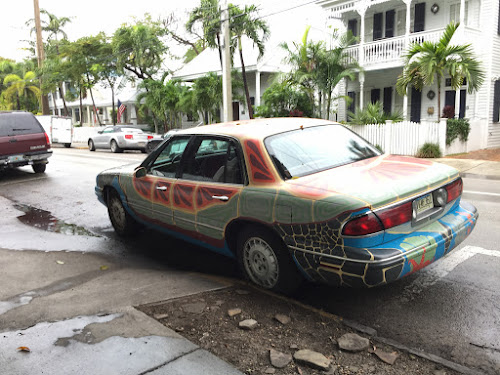 Frankly in the picture above the rubble that passes for a sidewalk is more interesting than the rather understated canvas that used to be a car. Meanwhile Vote Key West which means what, precisely? Again I have no clue. 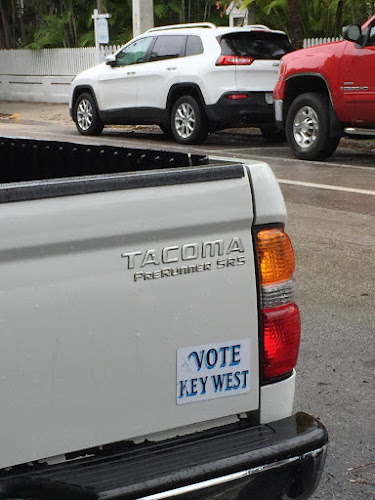 And this next one, vaguely car related, unless you do actually drive ( and park) a rhinoceros...and now don't know what to do with it at the end of a fun. 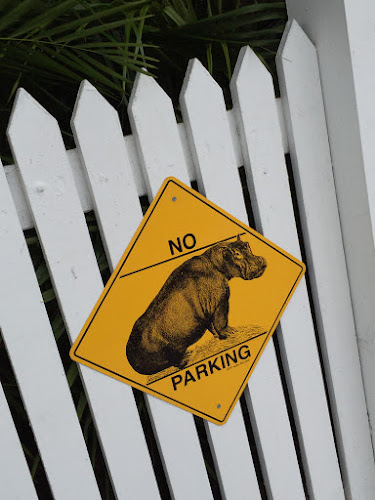 Looking at the Curry House sign I drifted by and then went back. Last year I went to the Audubon House and the Oldest House in Key West and enjoyed them both. So there I was on the sidewalk pondering what life was like back then. Probably not that different from the mainland really, in a time when people didn't travel that much and a small island was much like anywhere else. 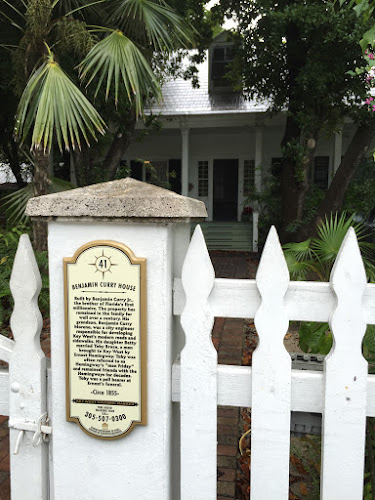 And then, closing in on Duval Street on Southard I found a juxtaposition worthy of my iPhone camera, Key West Distillery next to a garden dust catcher store. Any bets who makes a greater turnover in this town? Is it fair? I leave that to you to decide. 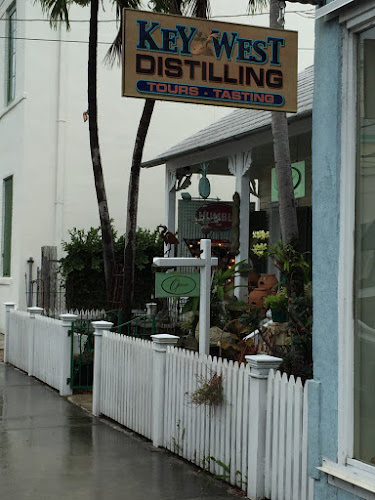 And this, perfect, a dead Christmas Tree long past it's composting date but still bravely holding up its ornament. 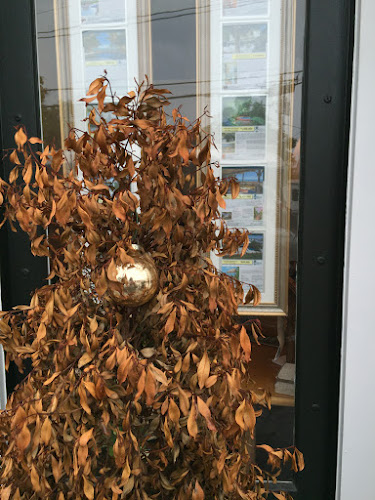