I interrupted a kettle of turkey vultures at lunch when Rusty and I pulled up in the Ford Fusion to go for a stroll. They lifted themselves laboriously off the ground and perched in the trees watching us balefully as we walked in small circles below them. 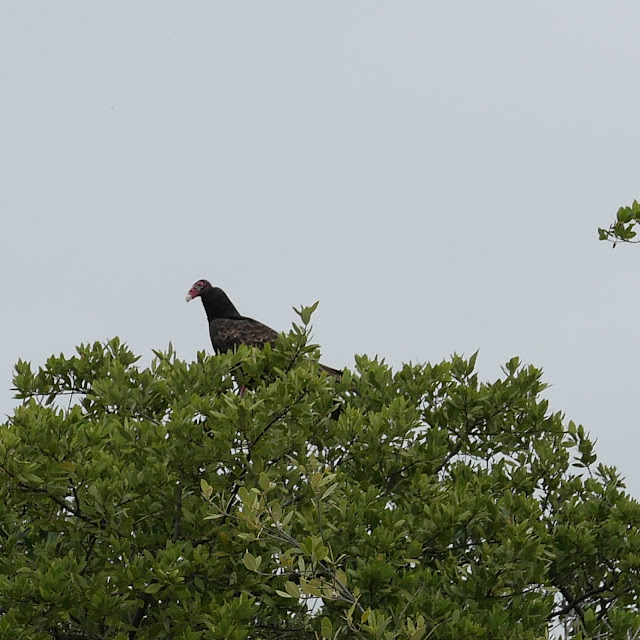 Not to put too fine a point on it but they were enjoying a pungent meal and death hung in the air over us when we got out of the car. I can't imagine what had died to provide their lunch but it was reeking. The mangroves looked nice though: 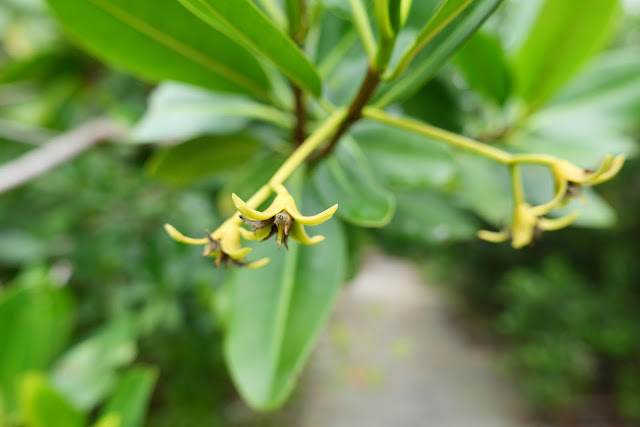 I have to confess Rusty enjoys this trail on Sugarloaf Key far less than I do and he wandered with a lot of sniffing and not a huge amount of enthusiasm. 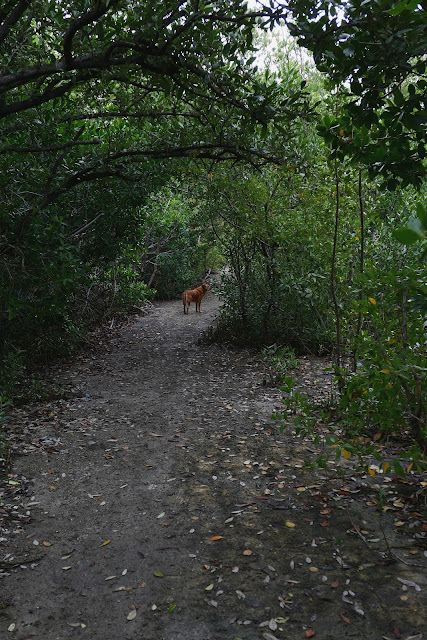 He was fine, we had already walked an hour elsewhere and I wanted to look at some red mangroves up close, so I did. 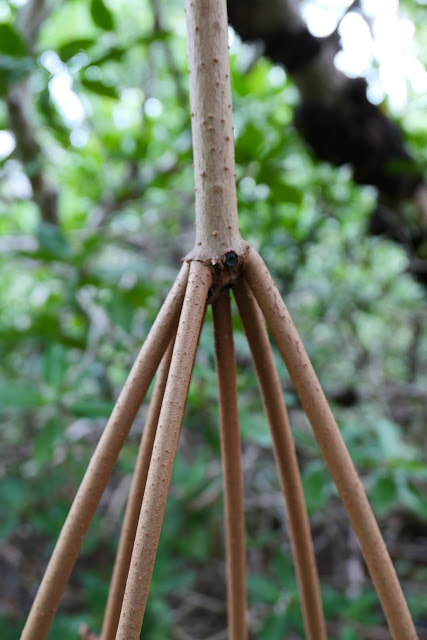 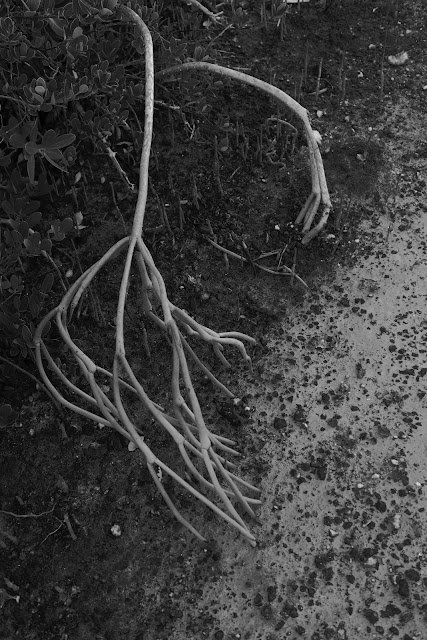 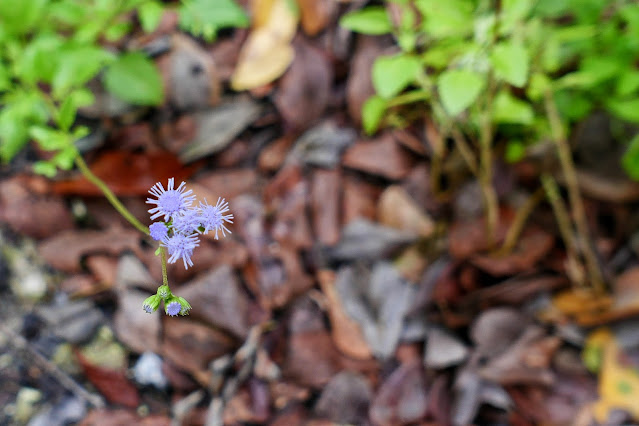 This narrow trail used to be a road, State Road 939 and  it is built on a firm rock surface winding for four miles to the very end of the island, across from Geiger Key. Look east from Geiger Key Marina and here we are. 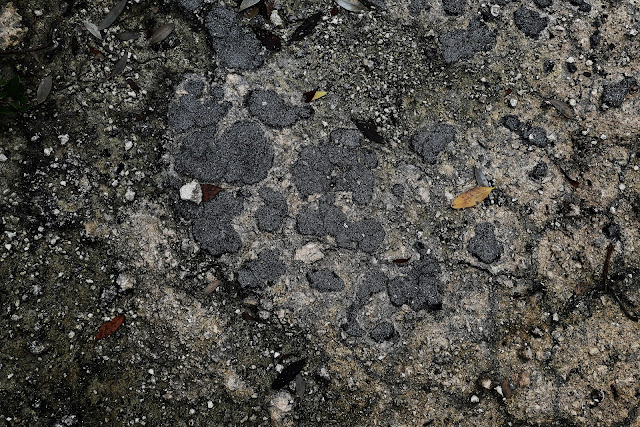 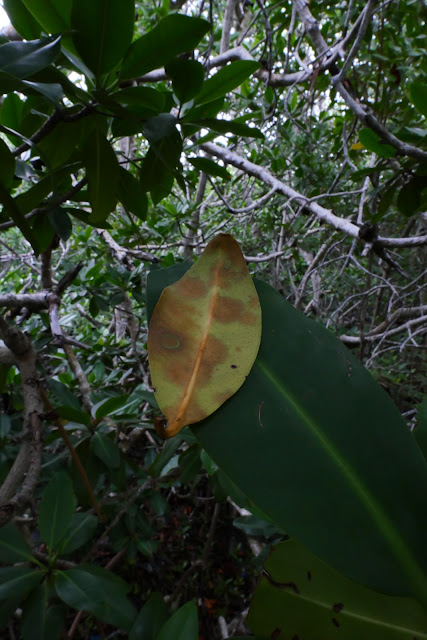 New young mangroves shooting out of the thick shiny leaves of the red mangroves. The trees thrive is slat water by sucking up the ocean and spitting out the salt onto it's leaves which is why some of them are always going yellow, dying off and taking surplus salt with them. 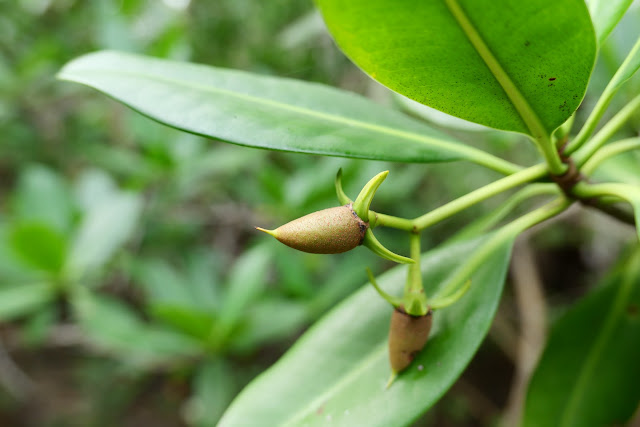 Hurricane Irma exacted a high prices in drowned trees around here in 2017: 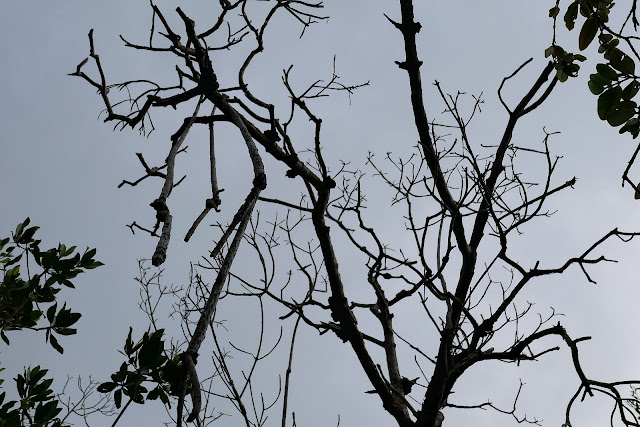 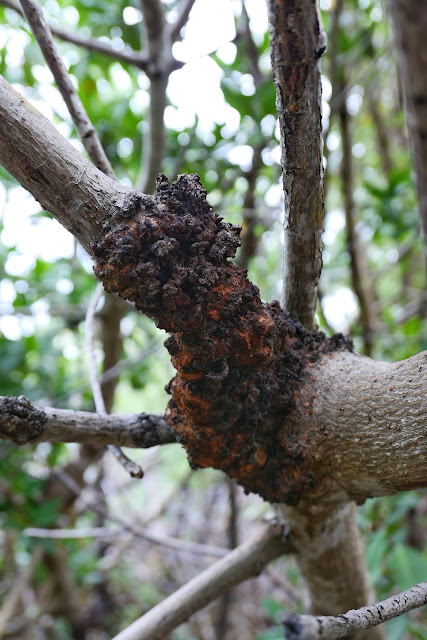 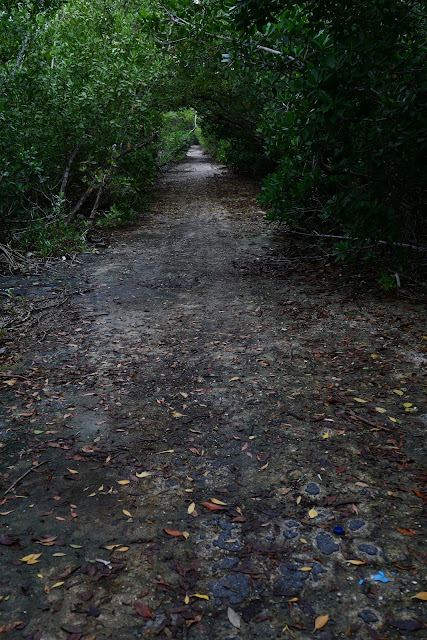 Four miles later it still looks pretty much like this. We went about 200 yards before Rusty pooped and demanded to be taken home.
Posted by Conchscooter at 12:00 AM 2 comments: