It happens from time to time that I take the bus and every time I do I study the schedule to see if I can make it work. It works for lots of people does the Lower Keys shuttle because it was pretty full when I stepped on board and coughed up my four dollars. In one year and four months (but who's counting?) I'll be 62 and I think that makes me eligible for half price fares. In winter I see clusters of tourists at bus stops waiting for a ride to the fleshpots from their accommodations outside Key West. The Lower Keys shuttle is a great idea. 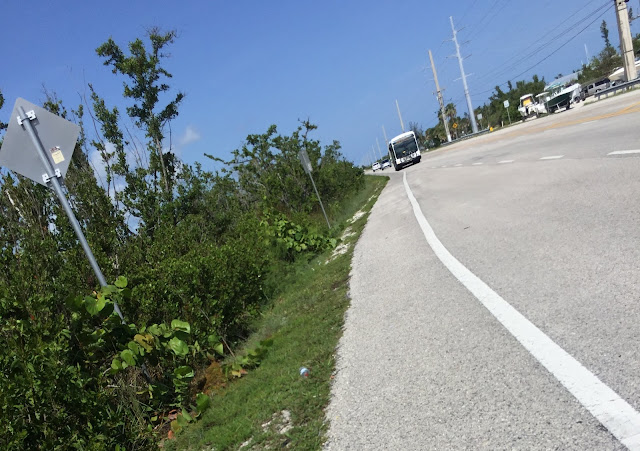 The trouble for me is that buses don't run often enough. You can check online progress and scheduled service if you Google Lower Keys shuttle schedule and  furthermore you can see where the bus actually is on the interactive map. Pretty cool eh? I was on Cudjoe Key, a mile from my home and in plenty of time for bus 826 scheduled to be off Spanish Main at 4 pm. If you click on the stops you get scheduled bus arrival information and if you click on the bus the page will tell you if its moving or if the doors are open or whatever info it has to share. Pretty amazing. 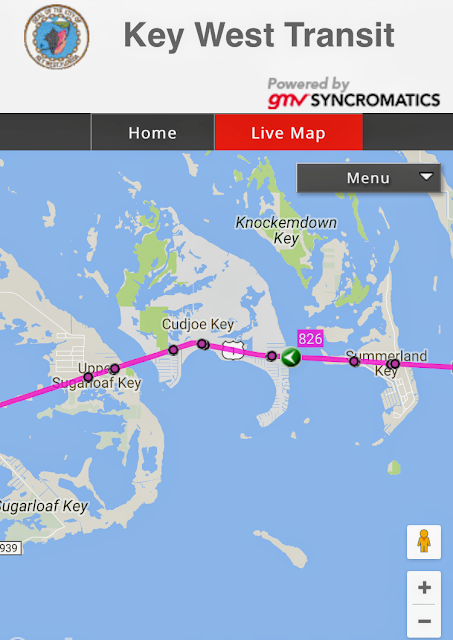 In the US buses are not viewed as people movers. They are more often viewed as transportation for hapless workers and bums who don't have cars but do have body odor and bad habits and no money. I find riding the shuttle quite pleasant, if a little chilly. The temperature is more like a meat locker than a bus but for people out doing manual labor all day it must feel pretty good to arrive home without getting heat stroke. 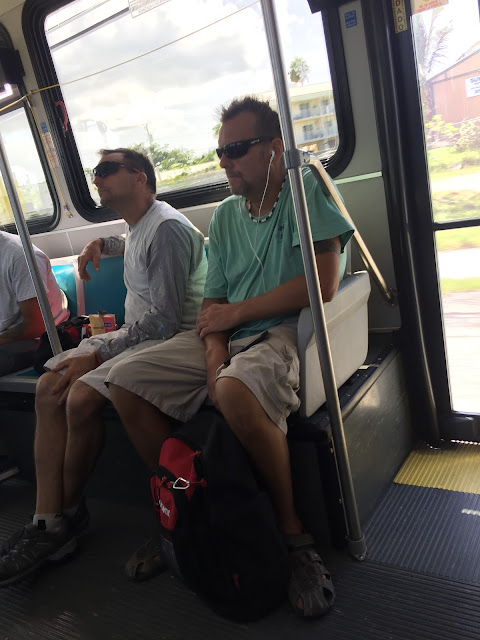 The  biggest problem for me is that the schedule is so damned scattered. Buses run every two hours more or less and I can't make it work with my work schedule, not even a few days a week. And the thing is you could put a bicycle or electric bike in the front rack and have a way to get around town and to and from the bus  stop. The way mass transit succeeds in other industrialized countries is hard to reproduce here. But I did get to listen to discussions about following piece work around the Lower Keys as construction after Hurricane Irma  moves forward. 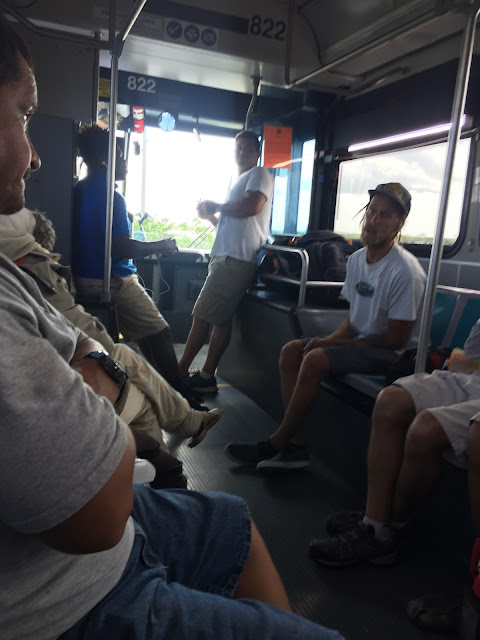 Most Americans, myself included, don't want to live in Manhattan-style crowding which is where mass transit works a treat. It isn't so terrible living alongside one single highway in a long county but its expensive to get the buses  running frequently enough to make wait times 20 minutes or less. So when I need the bus to go and pick up a vehicle that has been serviced its splendid and I was back home on my scooter with a new tire within two hours, thanks to the Lower Keys  shuttle.
Posted by Conchscooter at 12:00 AM No comments: Links to this post