For some reason I had two nights off in a row  so naturally on Friday morning I woke at four in the ready to get up and behave as though I was a night person.  Luckily when I have these night urges I am not alone and my trusty Carolina Dog was ready at my side urging me out the door. We ended up in front of Turtle Kraals a half hour later, me with my camera, Rusty with his powerful nostrils. We were happy. 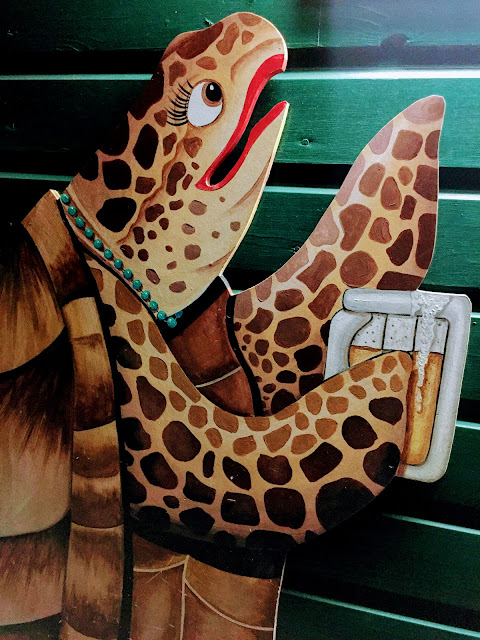 There was no one around. It was just perfect for the two of us as I pointed my FZ300 at this and that and Rusty trotted around sniffing and chasing chimera. There is a sense of easy companionship  with my dog on our walks and at that hour in the city that feeling gets exaggerated by the lack of anyone else in the metropolis. 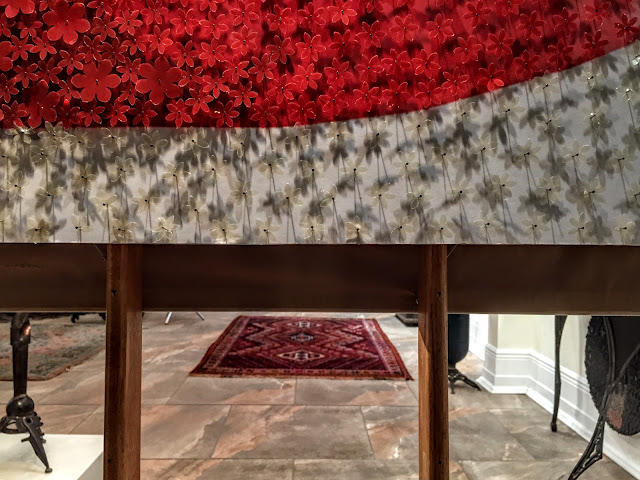 Rusty never ceases to amaze me. He reads my mind, waits on the street corners, avoids people who don't like dogs and says a cheerful hello to the ones that call him over. He stood watching cavorting drunks half a block away as they struggled with the front door to their rooms, sitting between me and them, waiting for silence to return and calm to prevail. 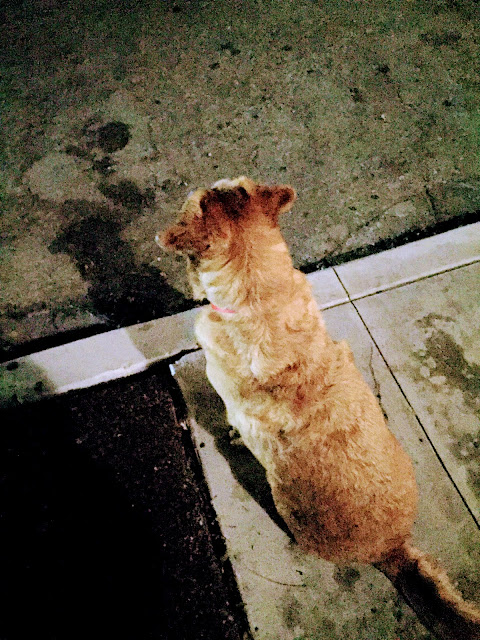 When I was riding my scooter in Jacksonville recently several other riders noticed my key ring which displayed a Mile Zero logo on it, a scooter warming gift from my wife. I was glad to have it to avoid losing the only key  I have to my slightly used Suzuki Burgman, but the other scooterists were  awed by Mile Zero. Mile Zero is a potent symbol;  check it out: 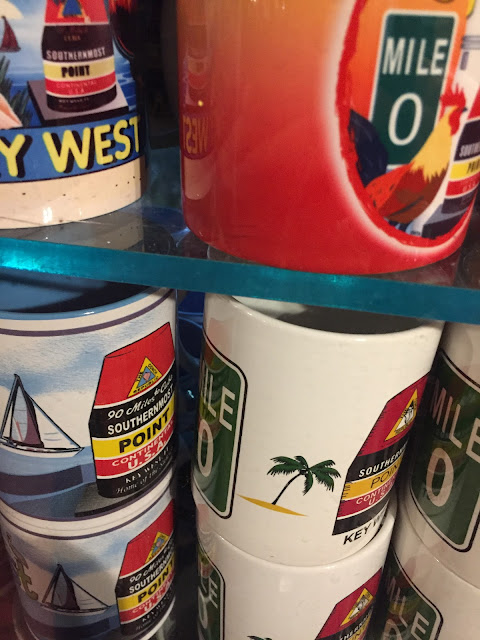 Can you find Waldo at Front and Duval at 4:45 in the morning? There are not many people left in Key West who are young enough and wealthy enough to be obnoxious on the street after the bars close. Key West rolls up the sidewalks before midnight most nights. 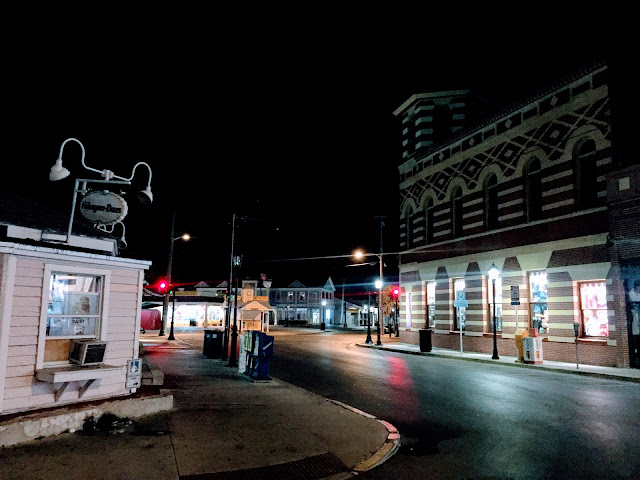 Ambling down Duval behind my hound I saw a shop selling Conch Pearls. Never heard of them but the Jewellery Editor has:


Pretty and pastel-hued, a conch pearl is a calcareous concretion produced by the Queen conch (pronounced “conk”) mollusc, which is a large, edible sea snail. Most often pink in colour and normally oval shaped, the finest examples display a wave-like “flame” structure on their surface and have a creamy, porcelain-like appearance and unique shimmer.
Unlike pearls harvested from oysters, conch pearls – like other naturally occurring pearls, including the Melo and Giant Clam – are non-nacreous, which means they are not made of nacre, the substance that gives traditional pearls their iridescent lustre. Therefore, they are not technically a pearl and are not considered to be “true pearls”, although they are still referred to as such. 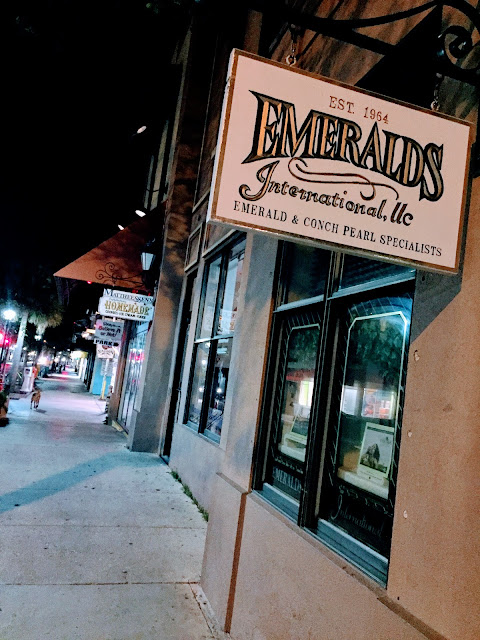 Then I came across the newspaper racks and in the middle of the tourist tat and the venerable Citizen struggling to stay afloat, the billboard of the Blue Paper stood stolidly blaring scandal. There had been threats of its demise (again) but money flowed forth and the Blue irritant to the people in power is here for a while longer. 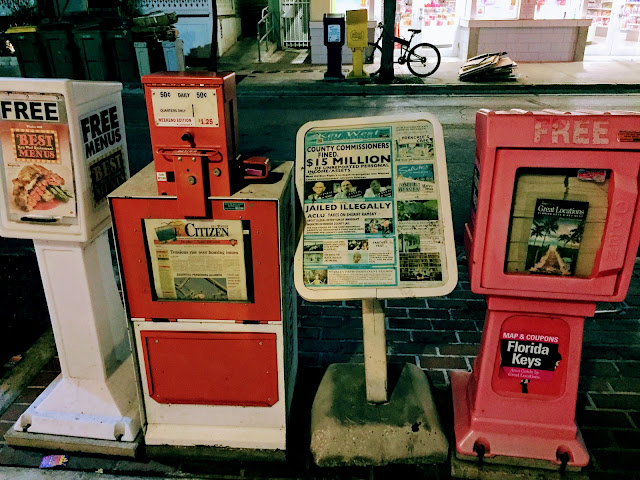 There was a time when I was required to dispatch officers to Big 'Uns, a ghastly name for a bar which used a pair of oversize breasts on a blonde bats-woman as its logo. So one would find oneself sending officers to that grotesquely named bar and feel awkward while doing it. They closed and I was grateful. Now we have Wet Willies. Is there no end to it? 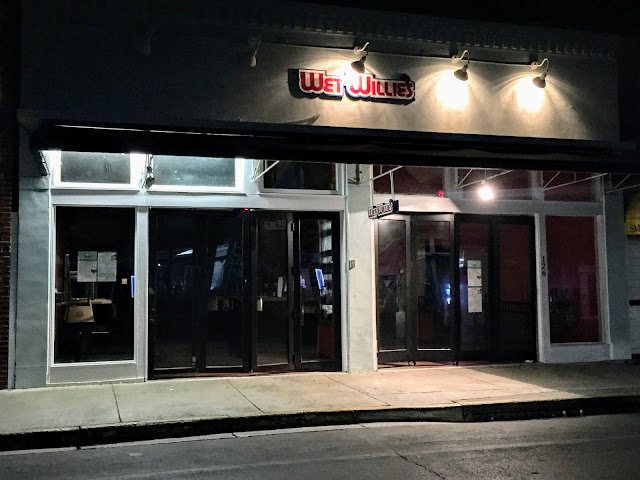 I was surprised to find a new bike shop discreetly located downtown, the offshoot of a successful store on Stock Island, promoters of the infamous Zombie Bike Ride. It's on their website so it must be true, and here it is, the downtown shop I had never previously noticed. 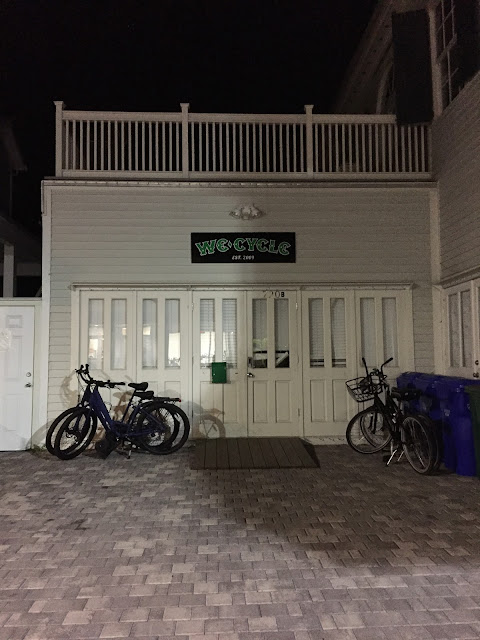 And at the end of an hour and fifteen minutes Rusty was satisfied. So was I and ready for bed. 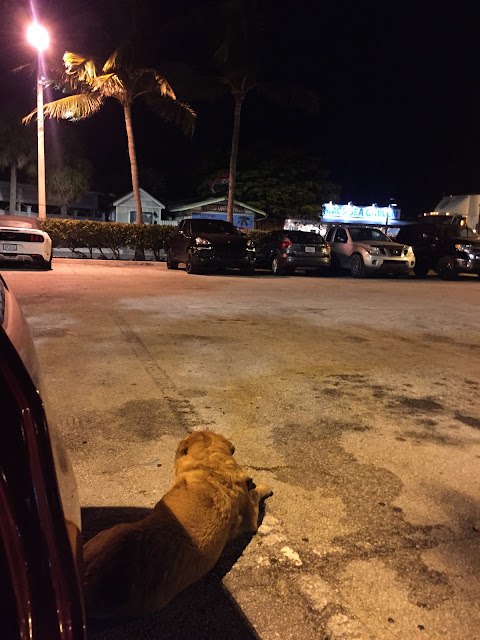