It was a lovely bright day, I had a lunch break yesterday and I took advantage to go for a walk. Actually I went for a bicycle ride first and took my camera. Downtown Key West is hard to enjoy this time of year when you only have an hour and your starting point is Garrison Bight. The cemetery is close by the police station and thus easy to enjoy when you have little time. I love the serenity and history contained within this park like setting. Pinder is an old Key West name originating in the Bahamas where Pinders were famous Abaco boat builders. 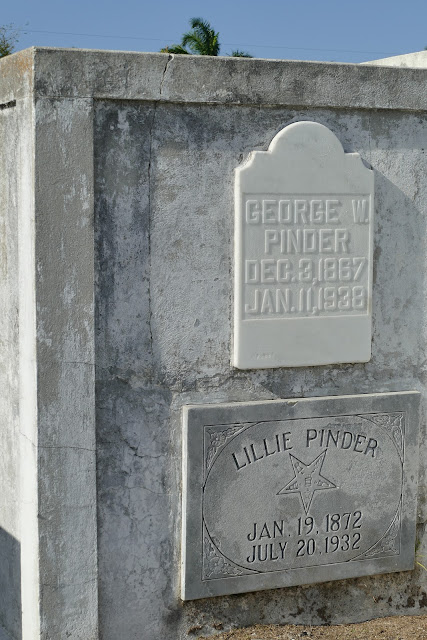 Thanks to typical bad behavior the cemetery allows no vehicles with two wheels powered by a motor so I figured this was a quiet place to test my new to me electric bicycle's pedaling prowess. I found the Pedego Classic on Craigslist for a mere six hundred dollars, a third the price of brand new and I leaped on it. It came as illustrated with a milk crate no fenders and no front light and a little superficial rust.. 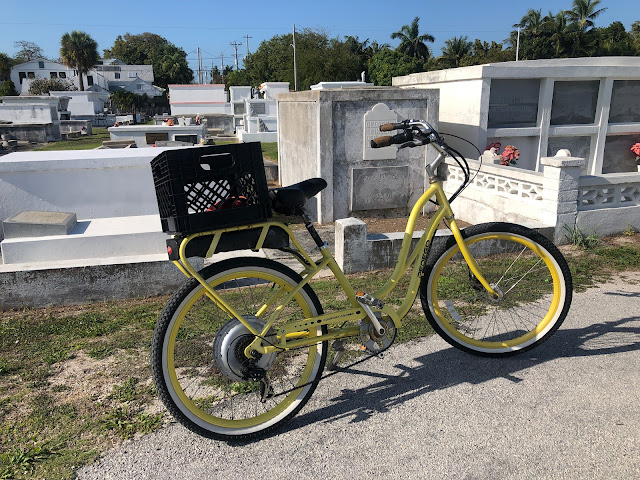 It is basically a  six speed beach cruiser with a 350 watt hub motor and a ten amp battery good they say for 15 to 30 miles depending as it always does depend on variables when you are consuming electrons for propulsion. Living as I do in a suburb there is no real reason to use a pedal or an electric bicycle as there aren't enough nearby destinations to justify riding even though snowbirds enjoy the bike path alongside the highway for their winter exercise programs. I go to the gym for physical therapy and exercise. I bought the bike for an entirely different reason. 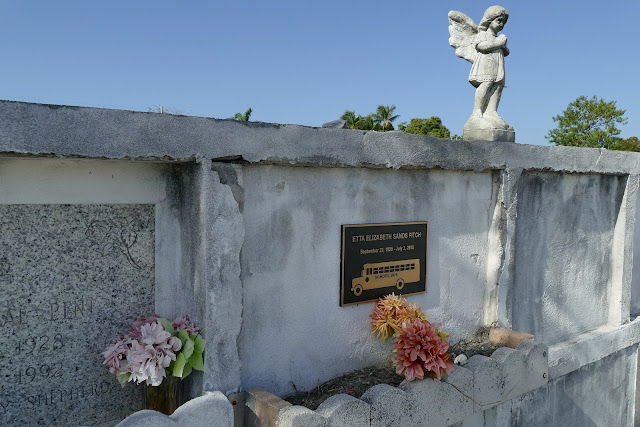 I am going to take some pictures on the subject but the bridge entering Key West is up for renovation over the course of a year starting supposedly in April. Traffic jams are expected to be monumental and my idea is to leave my car near Key Haven and lift my 60 pound electric bike off the bike rack, load it with lunch and my gym bag and ride at 17 mph to work the last three miles across the bridge and down North Roosevelt. Once there I will have wheels to ride around town and not lose my car parking space in our overcrowded parking lot. I'm lucky in that I get to work before 6 am and have my choice of spaces. By nine am when the administrative staff is at the police station along with visitors and maintenance people the lot if stuffed all day long. 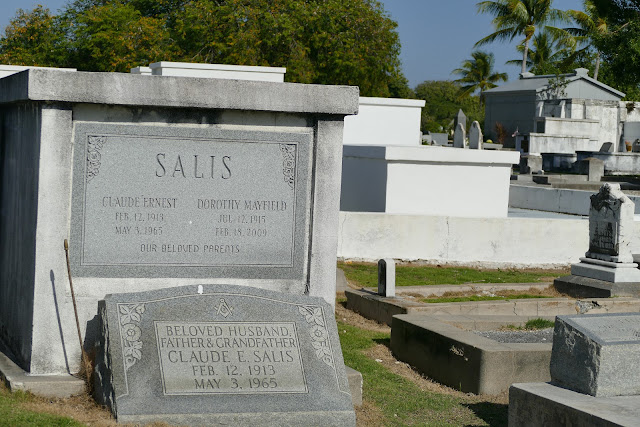 It's not for the exercise, this bicycle, its to get me to work in summer's heat and humidity in reasonably dry  not disheveled sweaty shape. I think this bike will do the job. Some friends recently mentioned they bought Radpower bikes out of Seattle, really nice machines but they live in town and will use the hell out of them to get around instead of driving. For my purposes a used electric bike will do just fine. 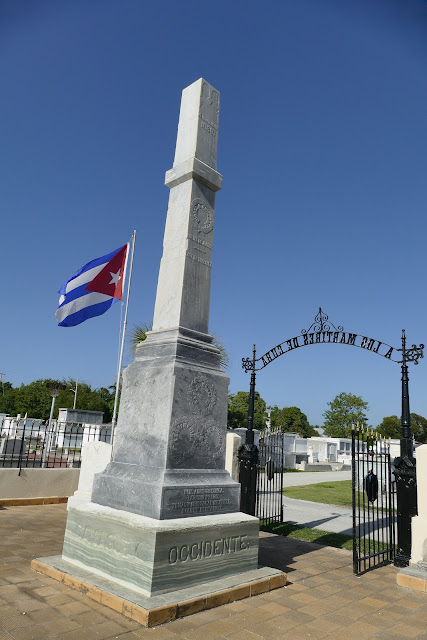 The Cuban Martyrs Memorial in the cemetery is worth a visit. It's similar to the USS Maine Memorial but smaller and it only holds one actual grave. Key West has a long history of connection to Cuba, not just of people but of trade as well. Cuba gives Key West it's very own ethnicity, a Latin undercurrent made up of descendants of early emigres as well as many refugees from the oppression and lack of opportunity of modern Cuba. This spot along with the San Carlos Institute and the Jose Marti Monument in Bayview Park are citywide reminders of the history connecting Key West and Cuba. 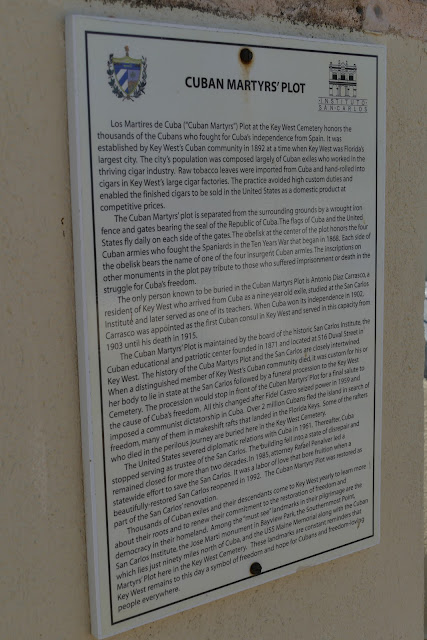 It must be apparent that Key West, as small and geographically insignificant as it is, has played a huge part in the migration of people and money and ideas in the vast seafaring triangle that is formed by Cuba, Hispaniola and the Bahamas. This town is a powerhouse out of proportion to its size. The funny thing is in the United States Key West is a mere vacation destination. For people in the Bahamas, Haiti and Cuba Key West has been a source of refuge of life and opportunity. 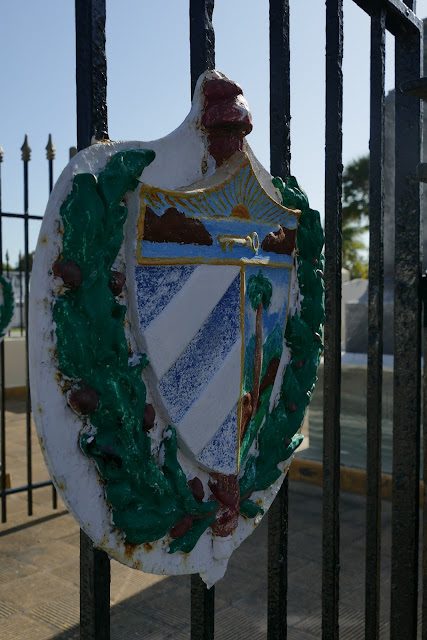 And you can see it here across the cemetery. Memorials to bitter battles and reverses, memories of failure and success, revolution and emancipation.  Key West has it all. It really is an amazing place when you get beyond the bars and the sunsets. 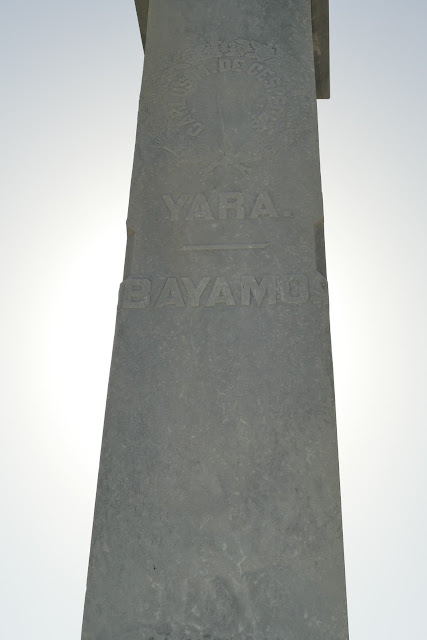 Some people are freaked out by cemeteries and other people think they are a great place to commit acts of vandalism or to ride their scooters recklessly.  I am not frightened of the dead and I don't believe in the supernatural (sorry, I also get the flu vaccine every Fall) but I do enjoy the history and the sense of continuity in the community that rests in this field. 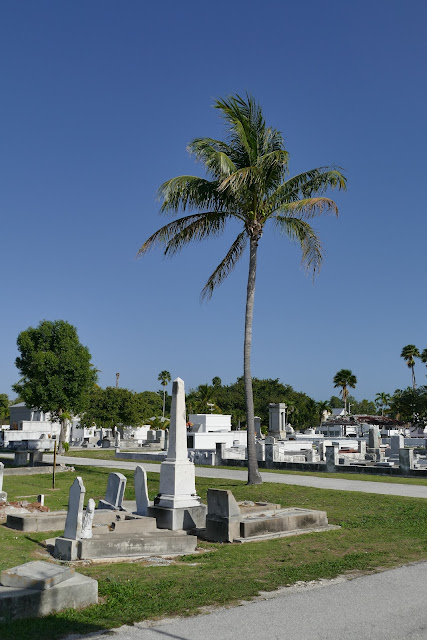 These are all real people, family members, some of them buried before the Civil War and still remembered here. There is a thread running through the city expressing mild irritation at the state of the cemetery, that ancient tombstones aren't vertical, that cement is crumbling and so forth. what I see is a field of lives worth celebrating, a place that should be filled with people walking and thinking and meditating on these lives already lived. Instead I see city crews mowing and cleaning and tidying to a degree I have never previously seen. 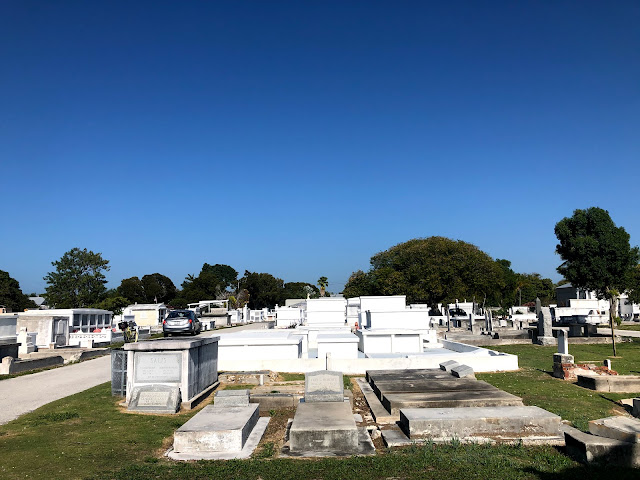 Every visitor to Key West should come and see the city as it was and walk the streets of the little city in the middle of the city. It used to be that people were put to rest at Rest Beach on the south shore of the island.  A storm in the 19th century caused so much upheaval that instead of reburying the bodies in the vulnerable coastal sand they put the new cemetery here on the edge of the city. Over time Key West's stable population of 12,000 residents doubled to the current 23,000 and the city of the living surrounded the city of the dead. That's why the cemetery is now in the middle of key West. 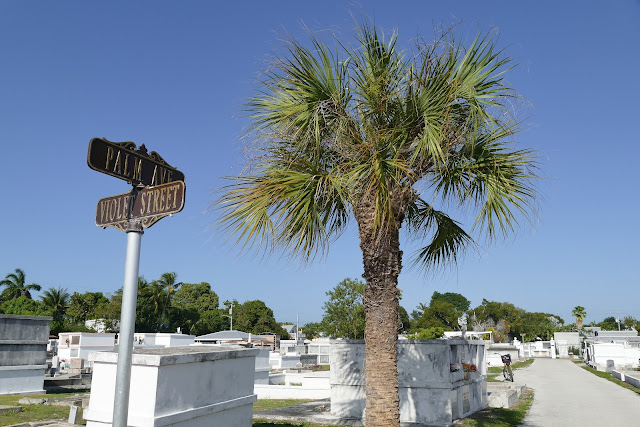 And of course the water table is so high the tombs have to be above ground making it a rare North American cemetery. It's worth half a day of your time to come and remember. And turn your electric bike motor off when you do. 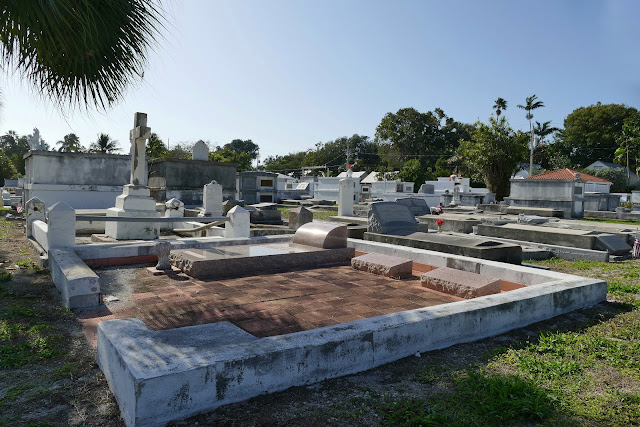