There are times when it can be good for a man to know when he isn't necessarily needed and a solo road trip can be a good idea. I found myself in Apalachicola at sunset with my camera. The little side trip seemed a good idea. 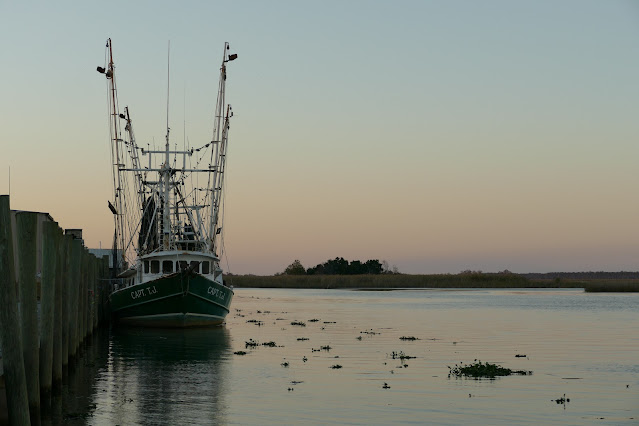 I left Rusty at home, only slightly reluctantly as my recent solo drive to green Cove Springs revealed he prefers to travel as a family. He spent the two days anxious, as though Layne and I were never going to be together again and it seemed silly to put him through that again. I missed him but I had my camera for consolation. 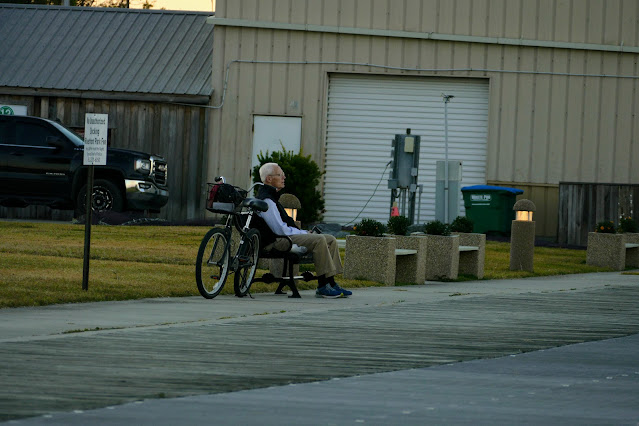 I took US 98 along the waterfront, what is known around  here as the Emerald Coast. Each coast in Florida has a tourist attracting name, First Coast, Space Coast etc...Even a quick shot out the window on a bridge gives you some idea what they mean. The waters of the Gulf are not as clear obviously as those in the Keys but I remember 30 years ago sailing into Florida along here and like magic the waters looked tropical and I could see a shadow of my boat on the sand twenty feet below as I came into the harbor. 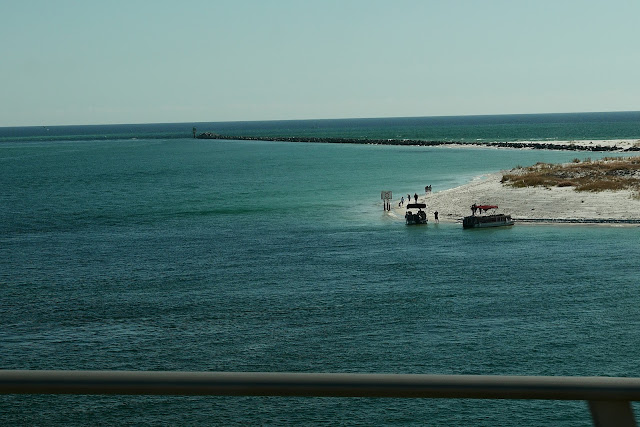 I spotted a pull out along the highway and on the spur of the moment, as you do, I stopped to enjoy a winter beach day in Florida. A few people wandered by, an elderly Labrador skipped stiffly by and of course didn't at all make me wish Rusty were there. It was a lovely 75 degree afternoon. 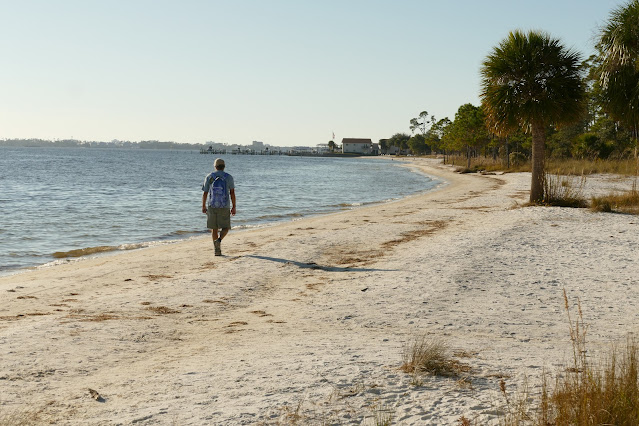 I sent Layne pictures which had the desired effect; I got texts back saying all was well, Rusty missed me and we HAVE to get going. It's funny, we've been still a week and even though we aren't going back to work we still have a lingering vacation feeling. Personally I can't wait to cross the Mississippi and start seeing in person what I've been looking at online between 911 calls. 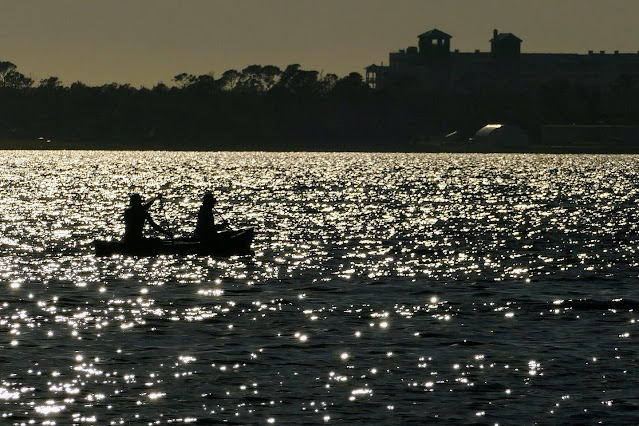 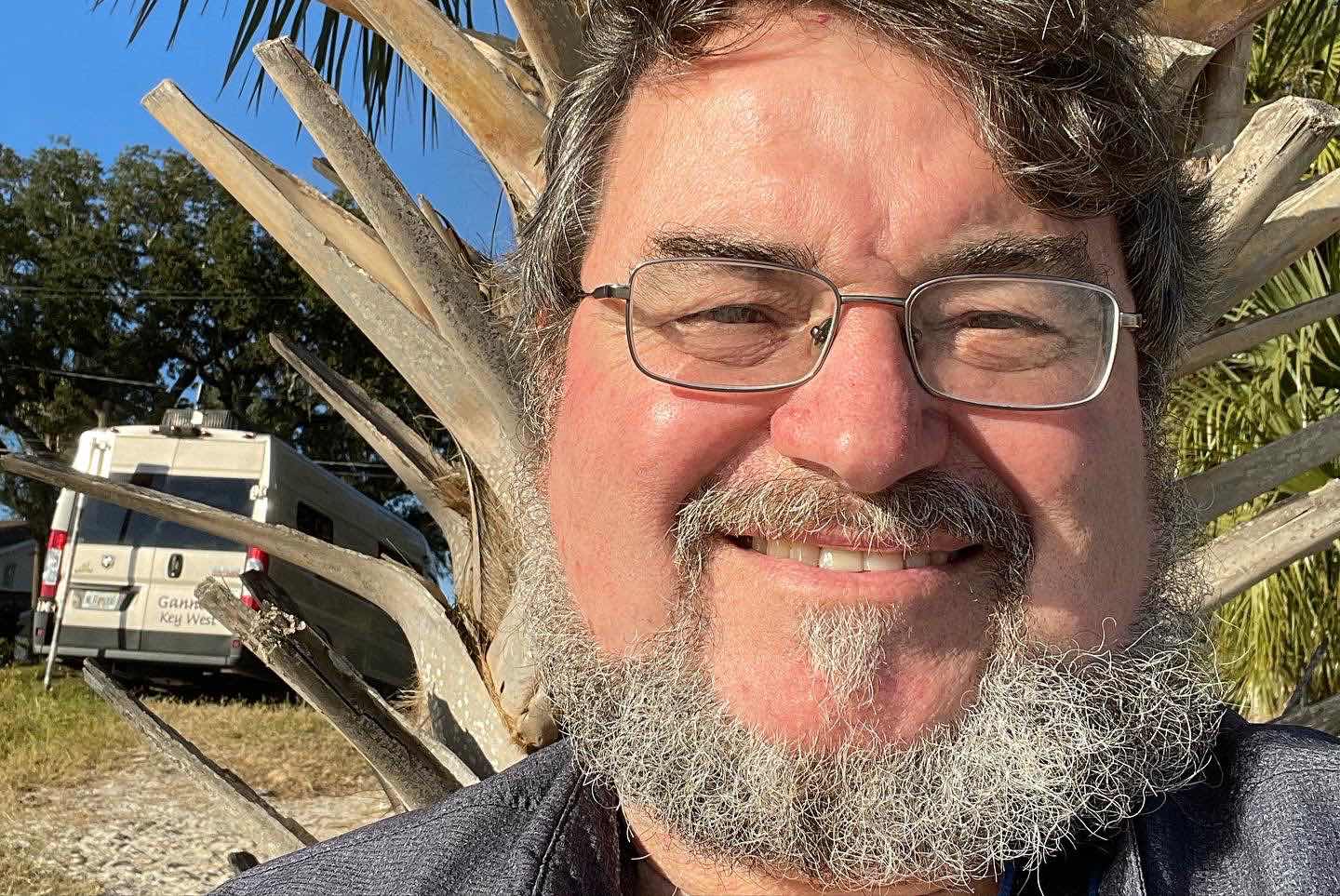 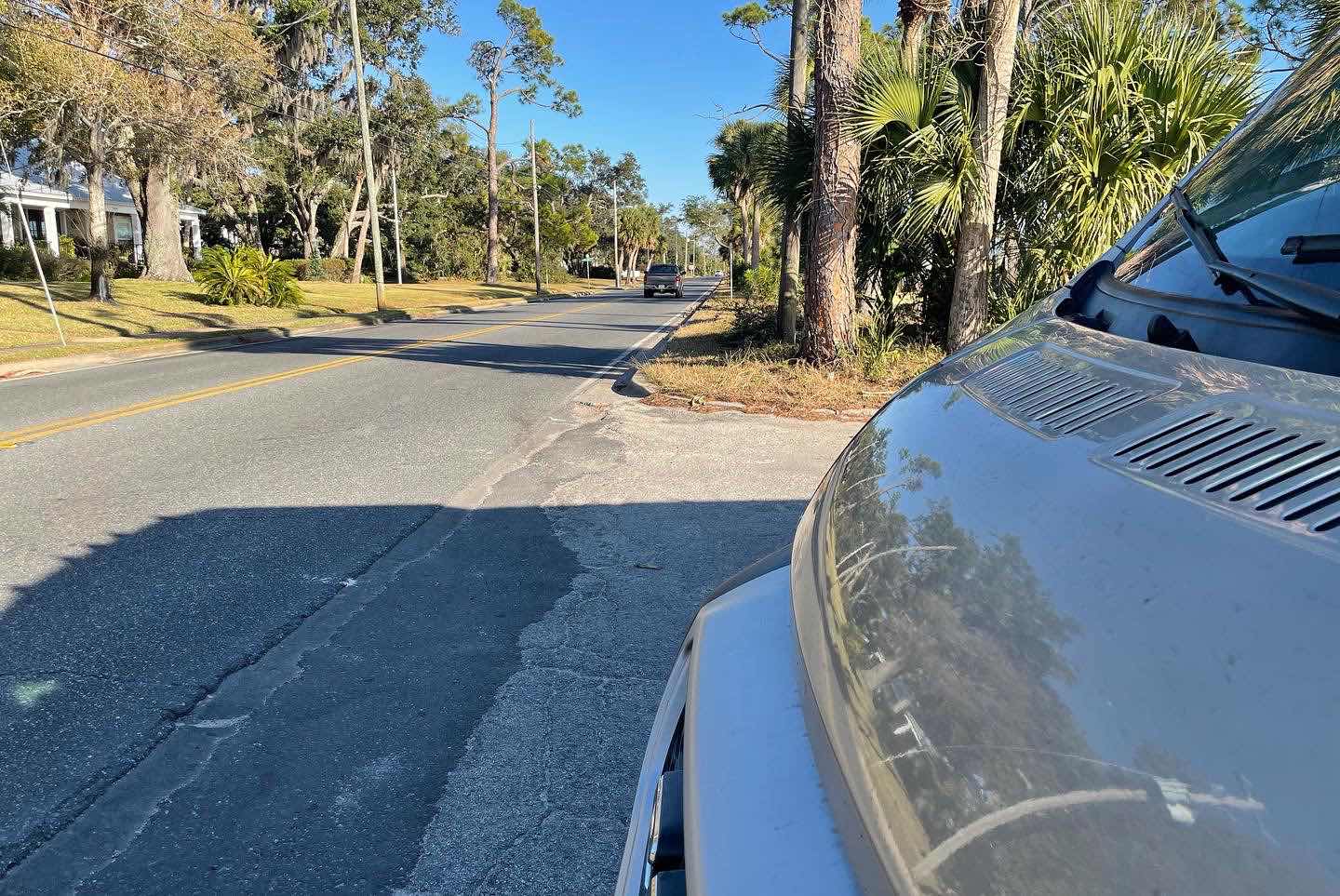 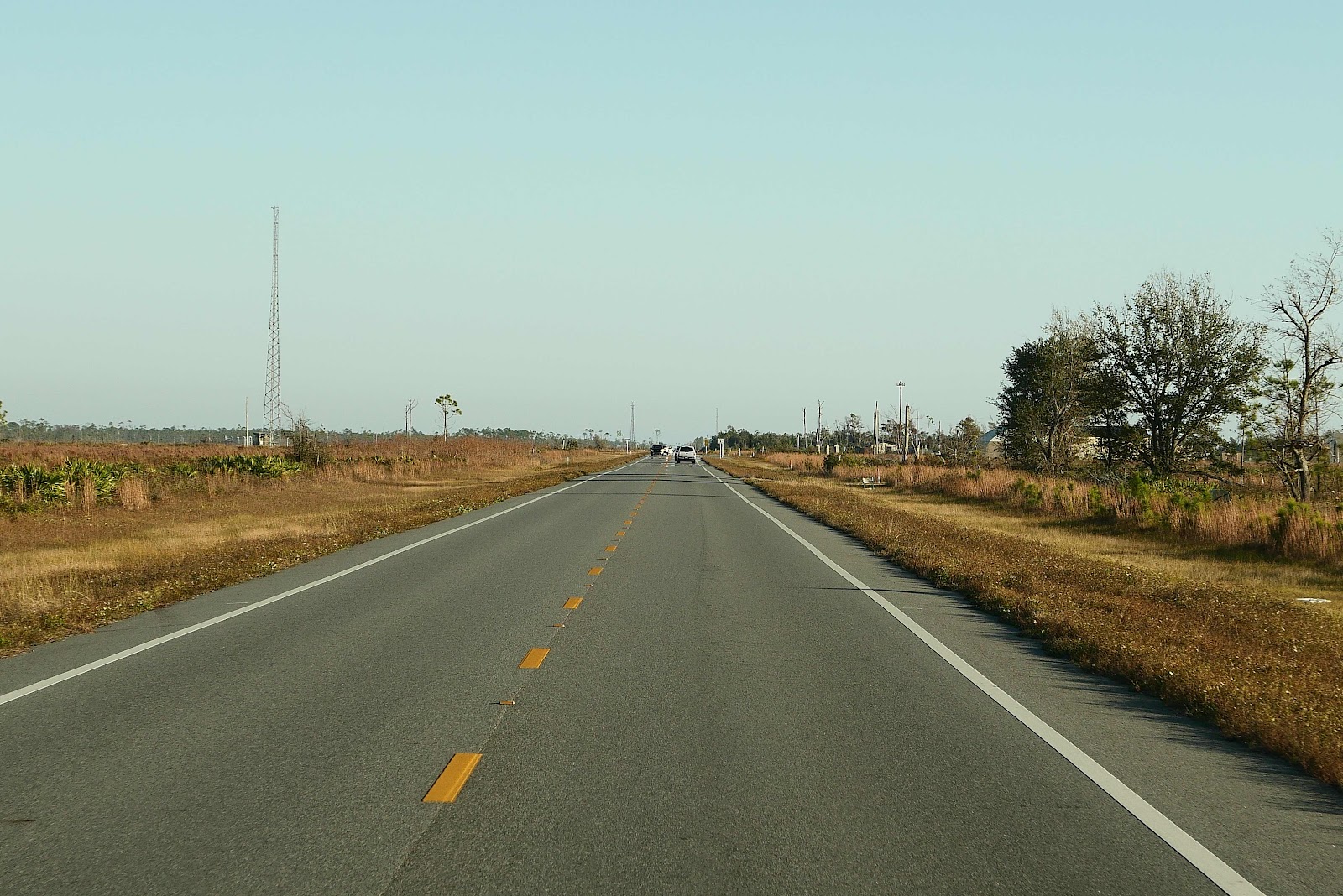 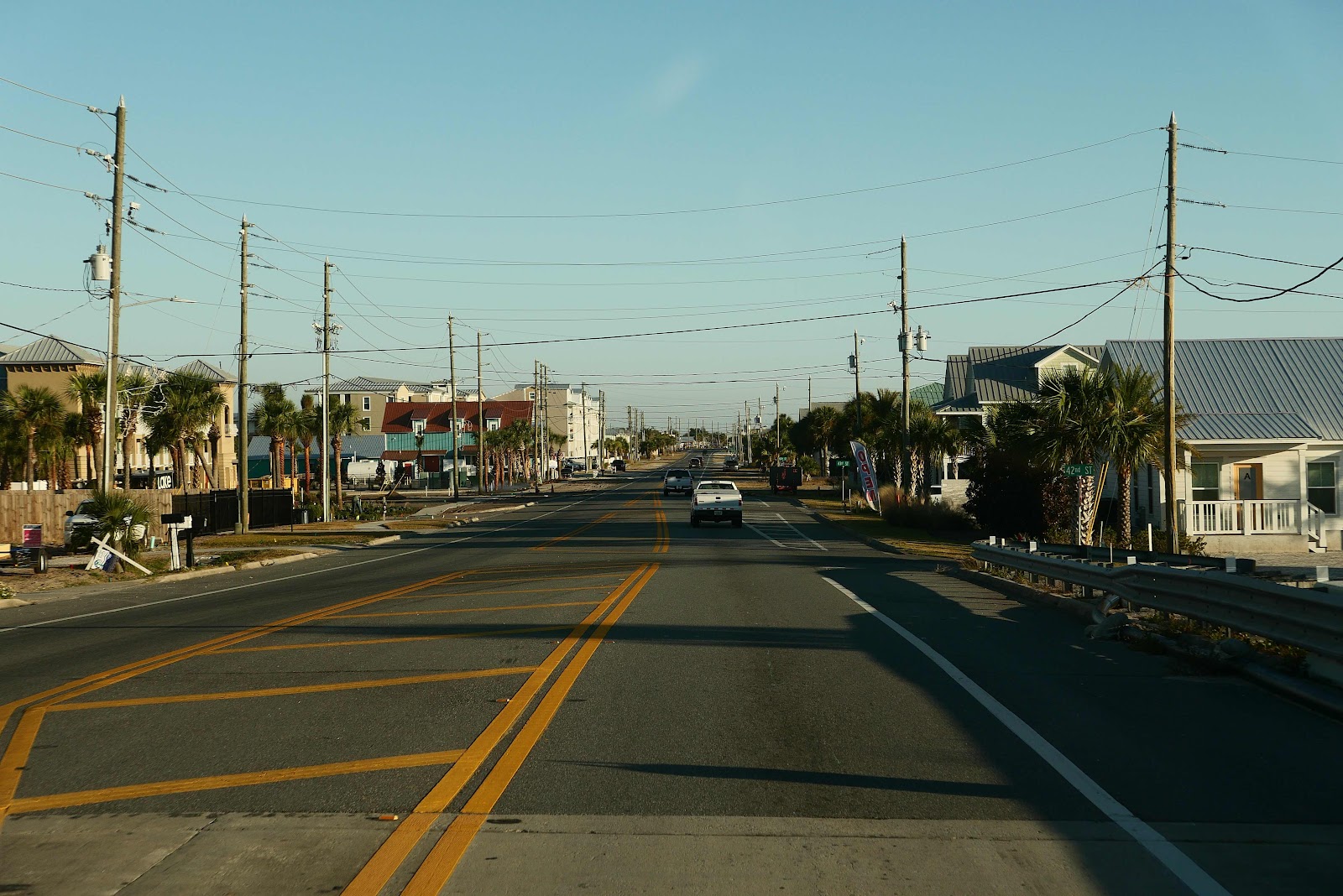 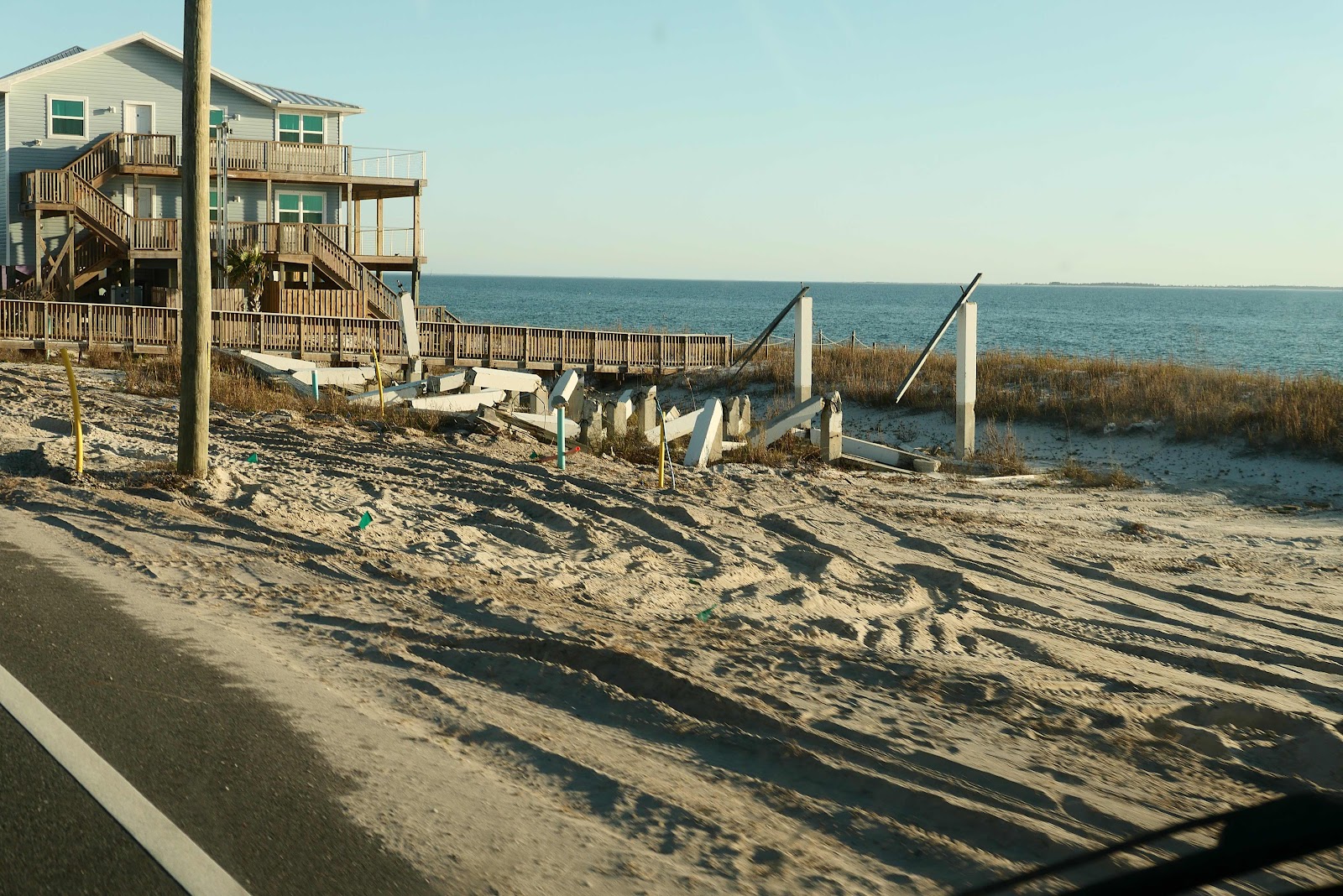 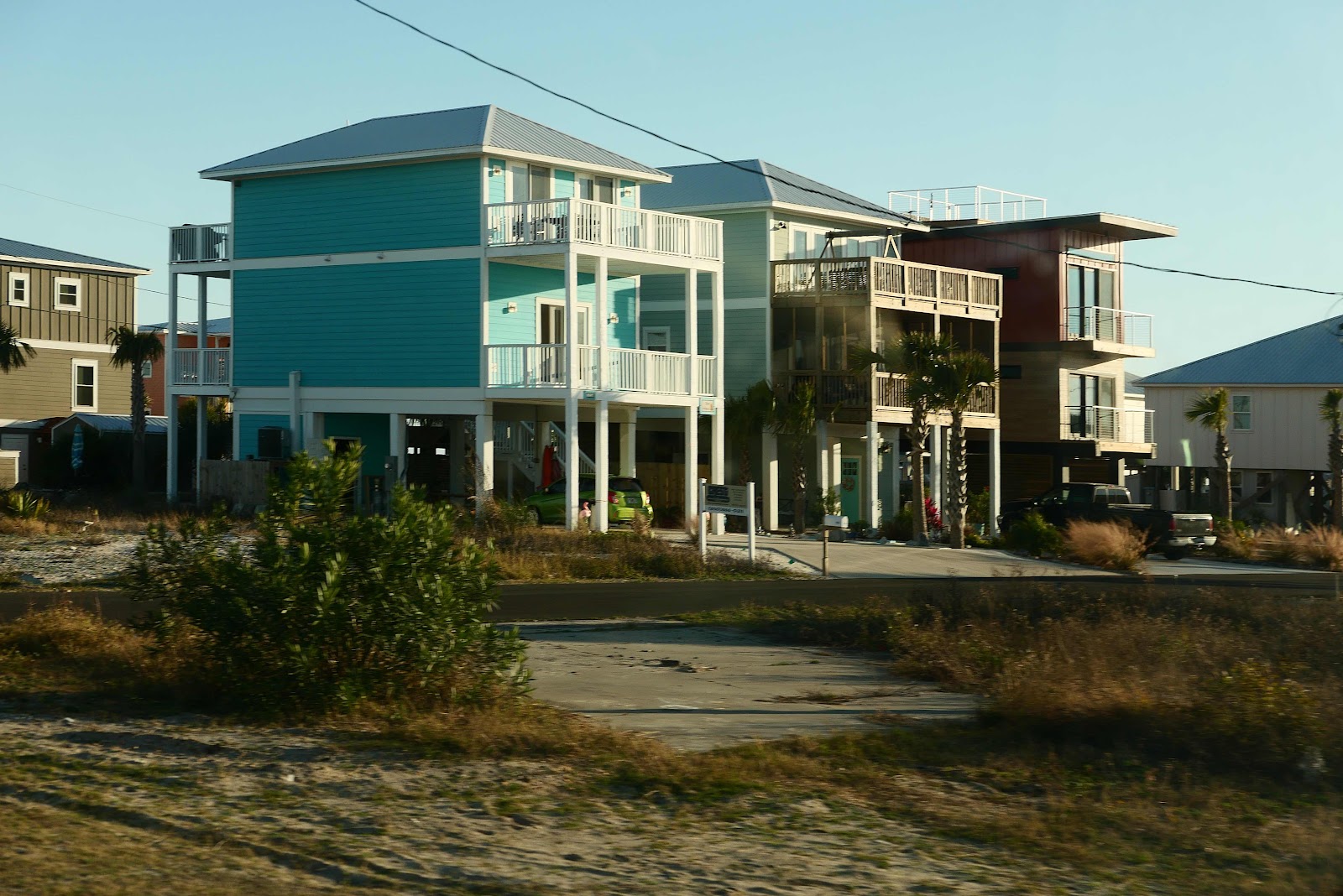 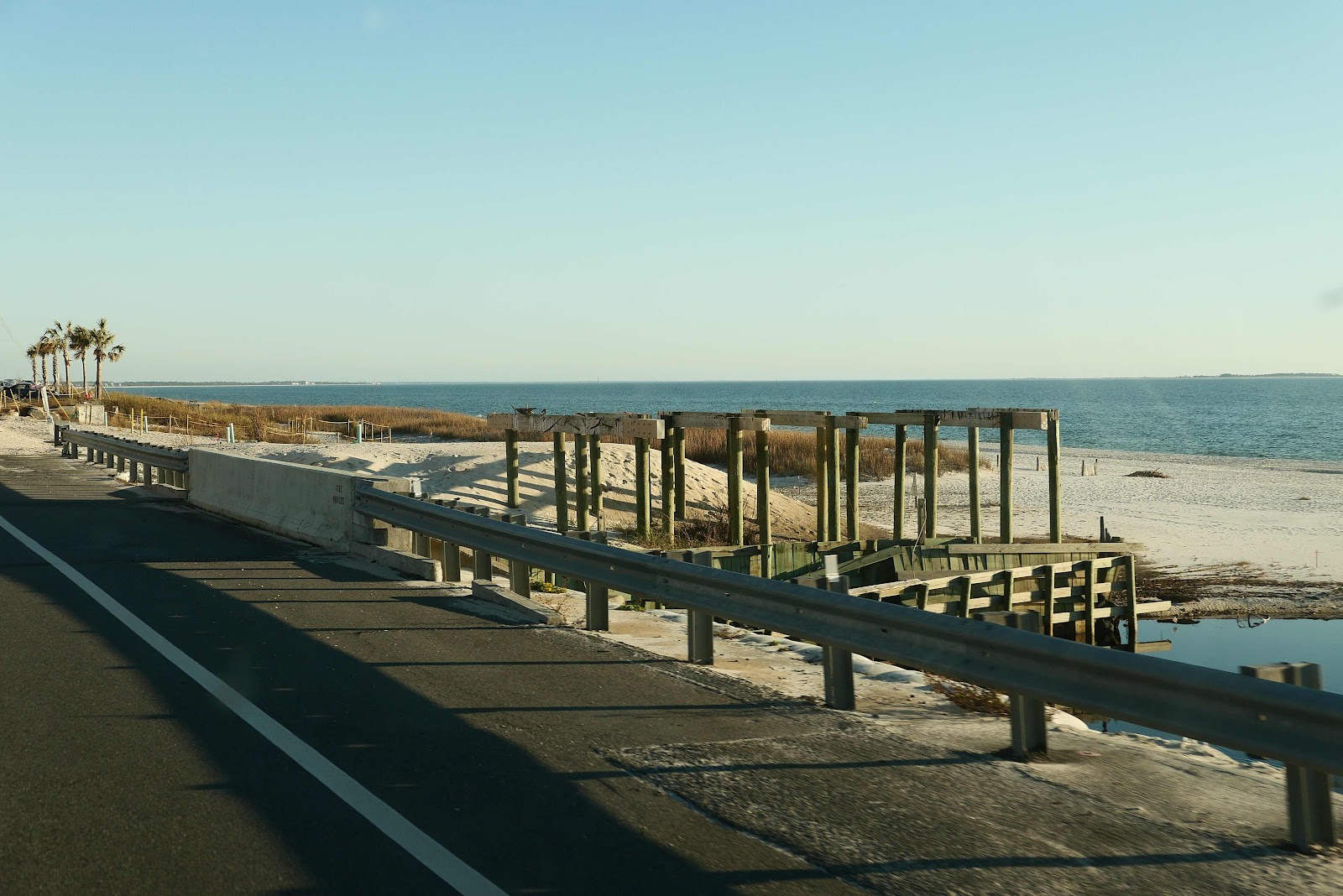 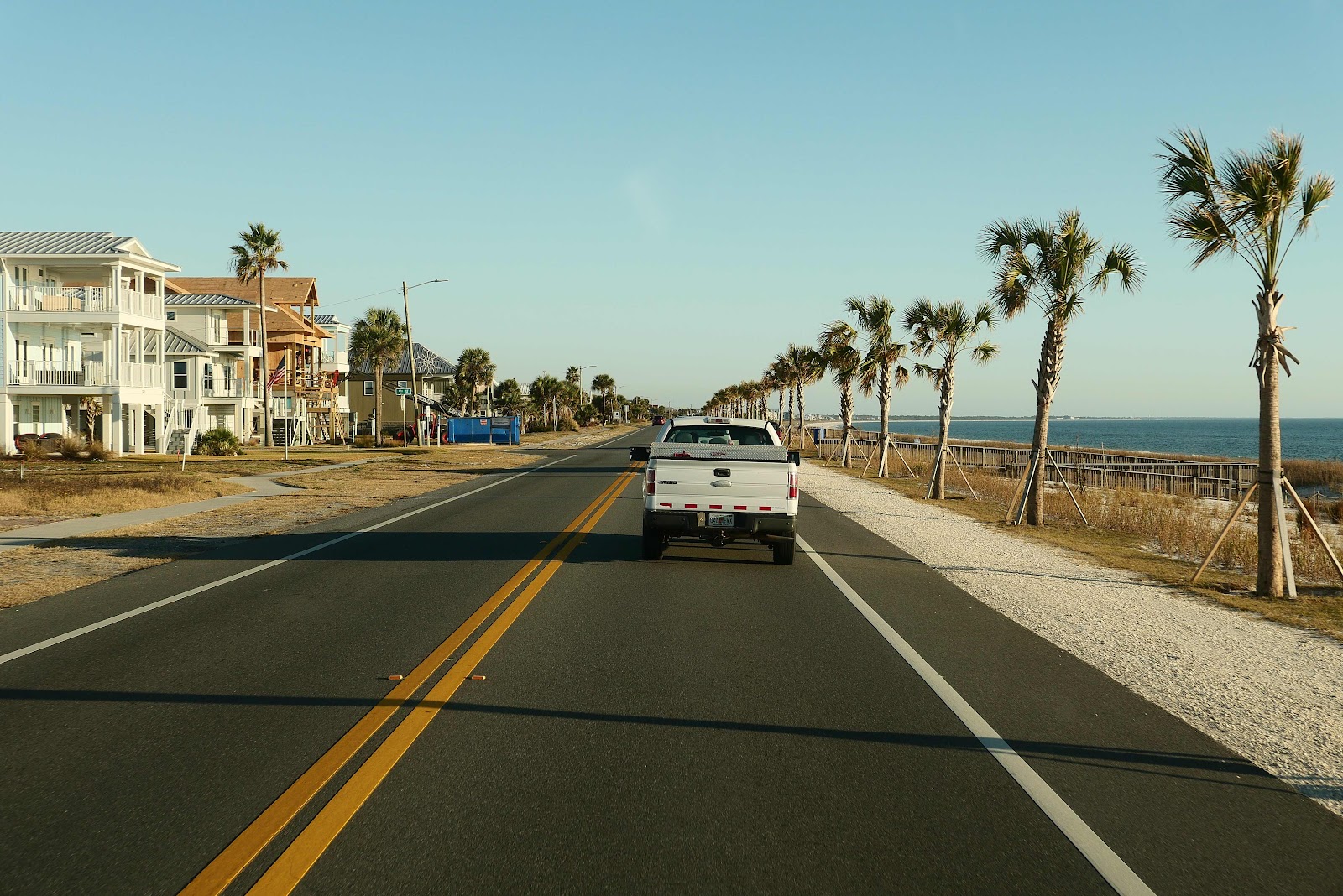 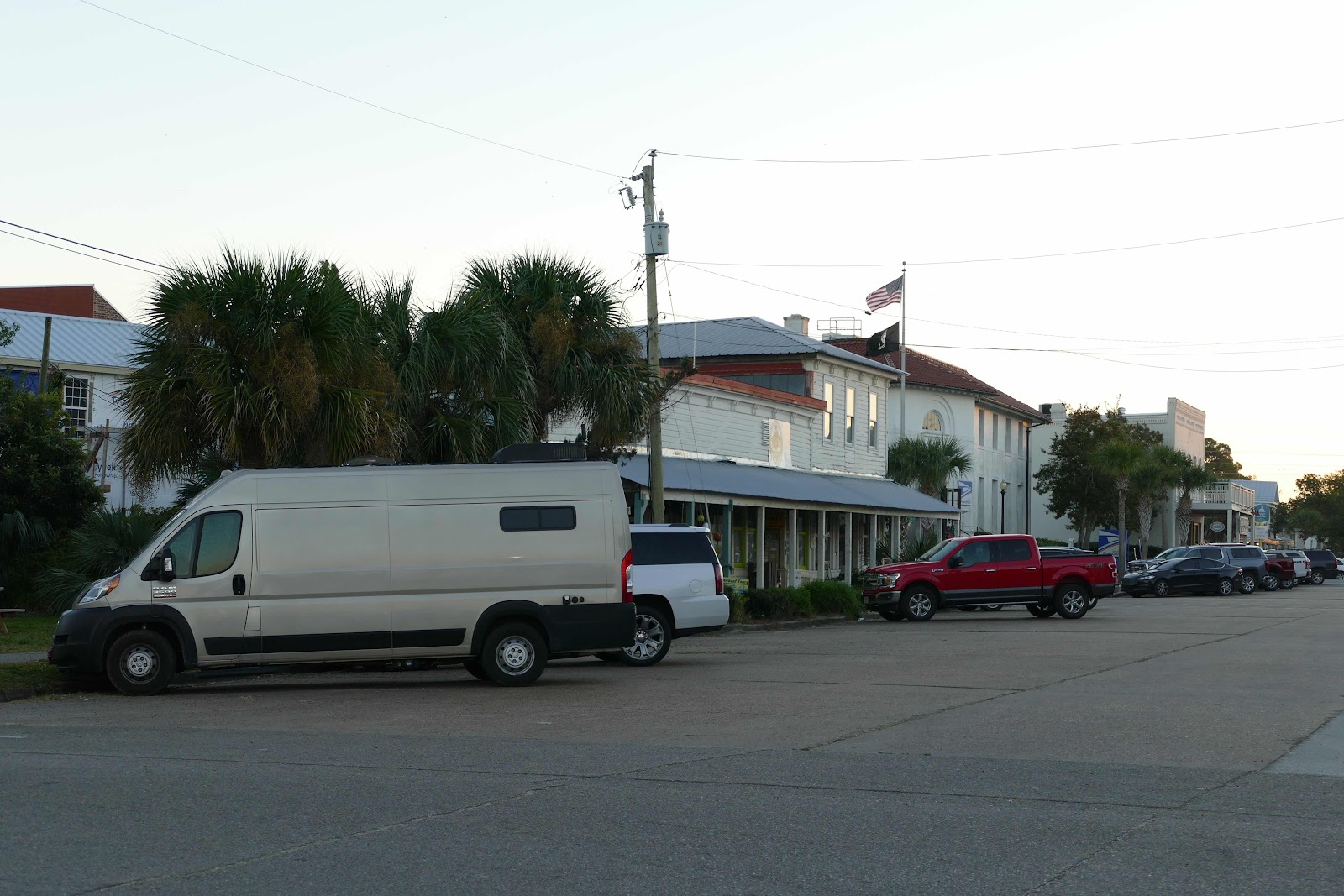 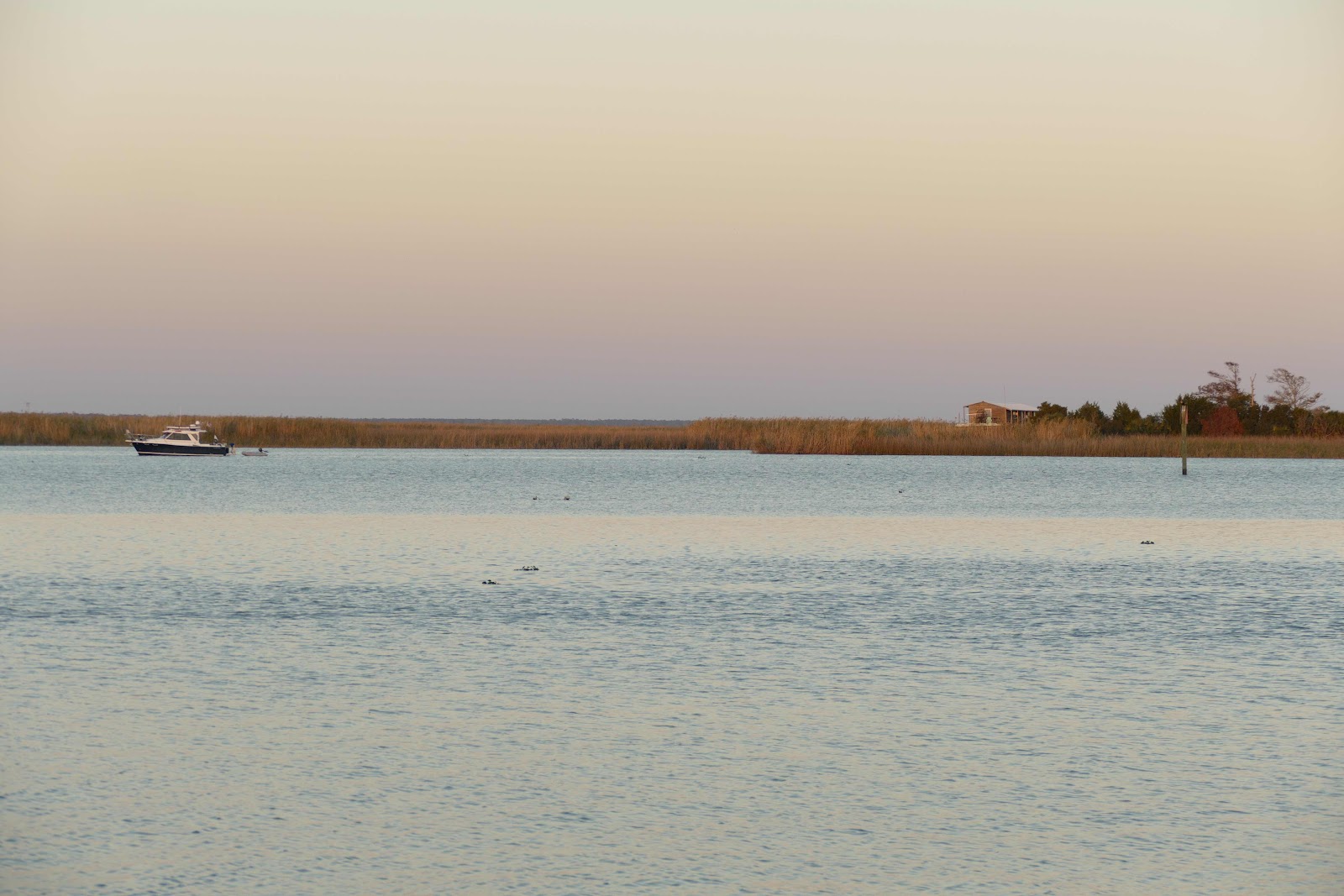 Posted by Conchscooter at 2:00 AM No comments: