Glorious weather prompted me to take an early afternoon stroll on Lower Duval, not the best time to see costumes and crowds. I wanted to try and get a feel for the tenor of Fantasy Fest this year, its first under new management. They are promising more fantasy and less nudity which I think a lot of people might like. Hurricane Irma hasn't helped, no doubt but I hope 2017 can be the start of something good for Fantasy Fest. 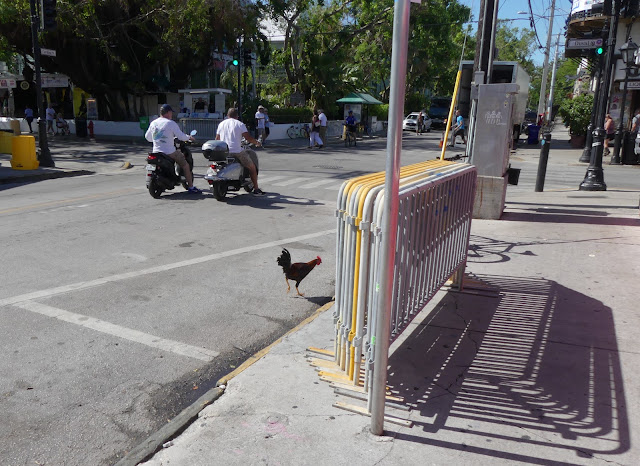 I am not a bar hopper but Rick's certainly went out of their way to get colorful. If fantasy and costumes are the theme they seem to have got it right, to my untutored eye: 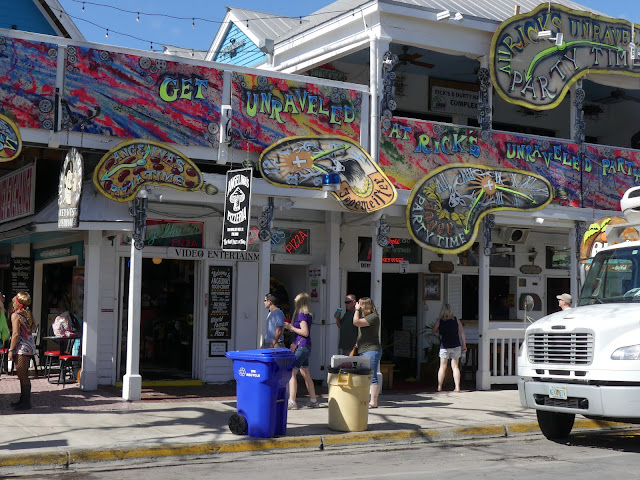 There are lots of booths along Duval offering the usual: braids, henna tattoos and body painting which has to be carried out behind a screen. There are a few rules for the "Fantasy Zone" which stretches the length of Duval and the side streets for one block to Simonton or Whitehead streets. 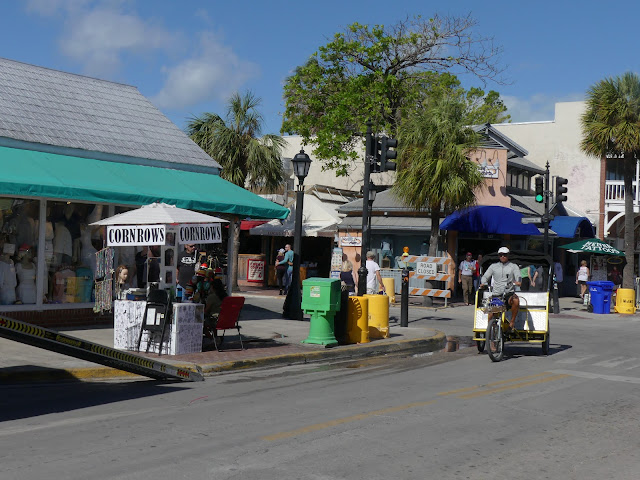 Basically one  can wear body paint only but your privates and your bum must be covered up but otherwise wear nothing or a costume or be like me and wear street clothes. Frankly yesterday's cold north wind might have worked for a nudist from Michigan but it was a bit brisk for my delicate skin. I'm taking a week off in November to visit family in the mountains of North Carolina and I expect it will be cold. Properly cold not like this, even though it has been windy. 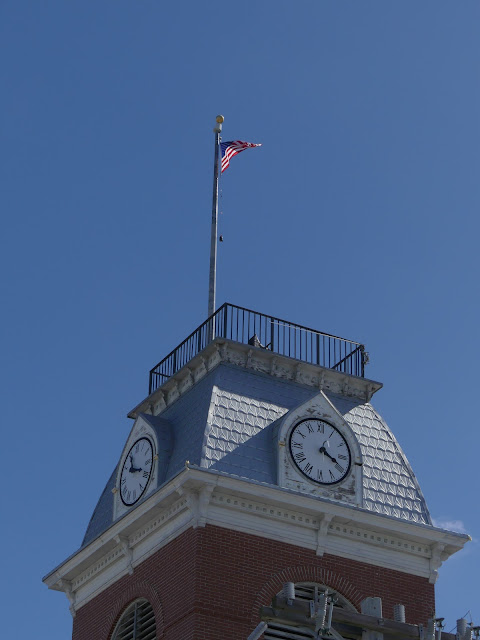 The TV people who were writing off the Keys six weeks ago were at the obvious place, the Key West cliche, for this event that might never have happened had it been up to them. 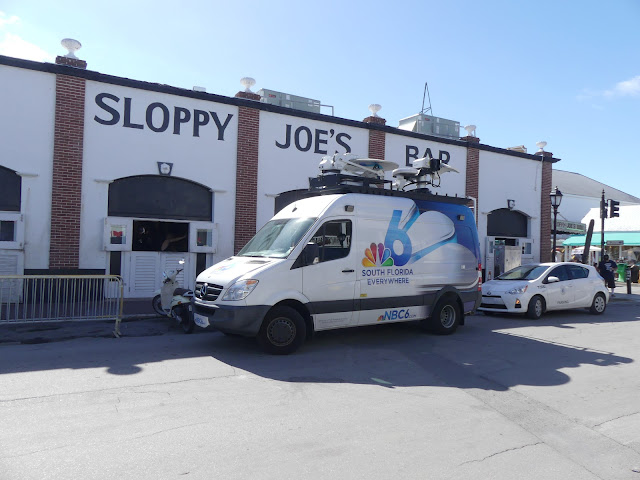 A not crowded Duval Street, no nudity but not much in the way of costumes either. Apparently the parties have been well attended so nursing hang overs may be the order of the day. Me? I'm at exercise after I  get up, but I work every night this week just about. 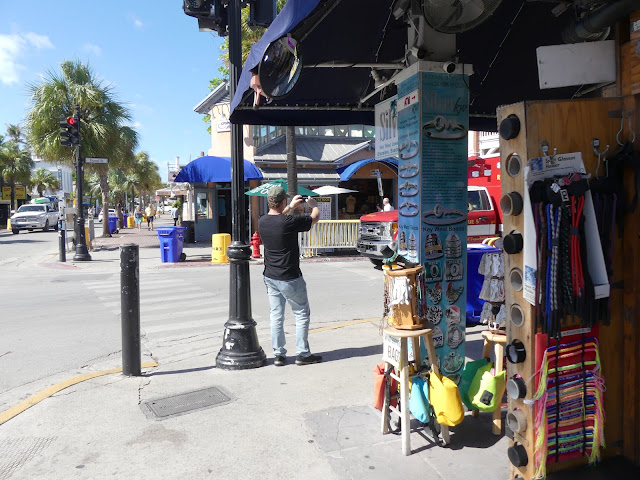 I found a stray bra outside Captain Tony's, a bar well known for it's display of underwear. So a  refugee perhaps? 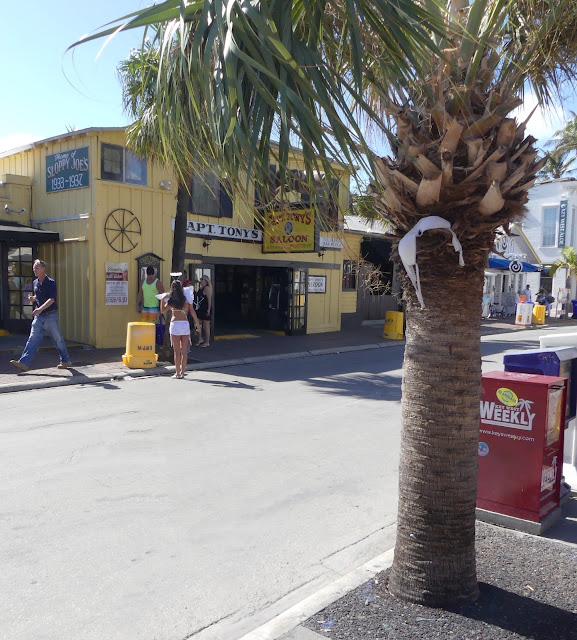 The new Fantasy Fest sign at the Custom House museum has drawn a fair bit of attention. The Citizen had a nice profile of the artist in chief in the paper this week.  Seward Johnson's statuary is still in front of the museum surrounded by the Fantasy Fest stuff swirling around. They had  music yesterday spreading the festival off Duval Street I suppose, which is a nice idea. 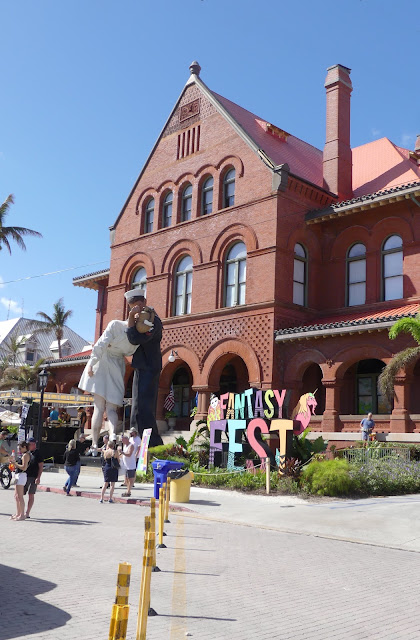 "Free cold water...." I could have used a hot cup of tea but I was alone in choosing to wear a sweatshirt trying to stay in the sun and out of the breeze. It was 74 degrees but the wind chill is real when you're not used to it. 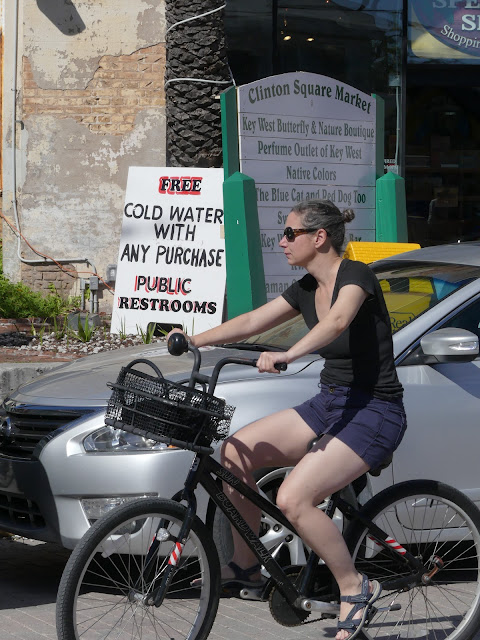 The conch trains are circulating all the time too. A good way to learn about Key West in 90 minutes for around 22 bucks as I recall. 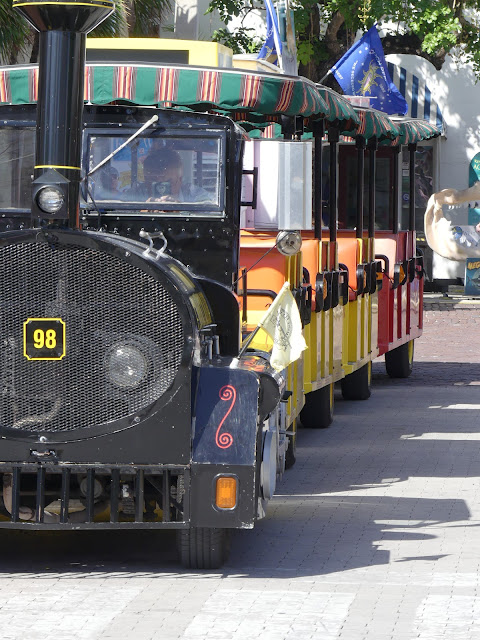 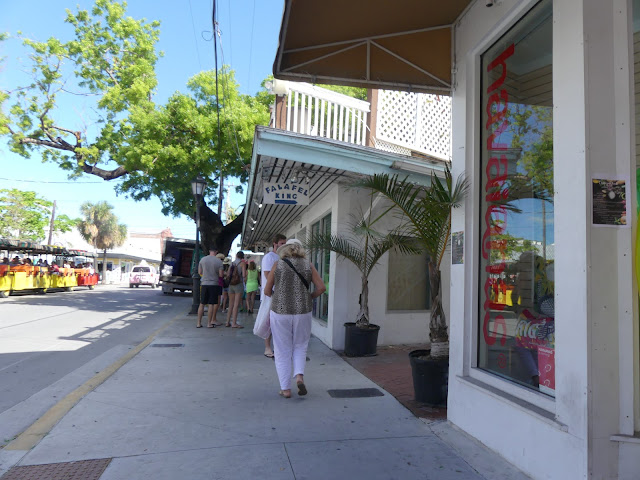 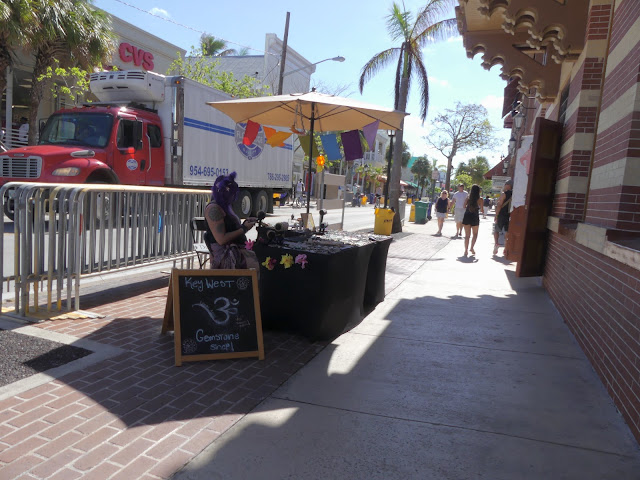 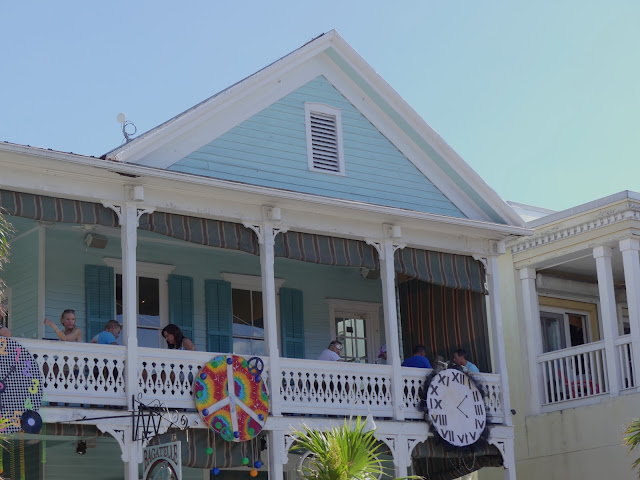 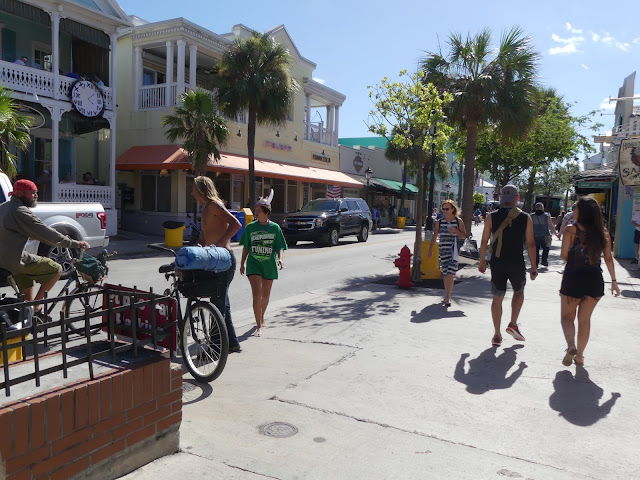 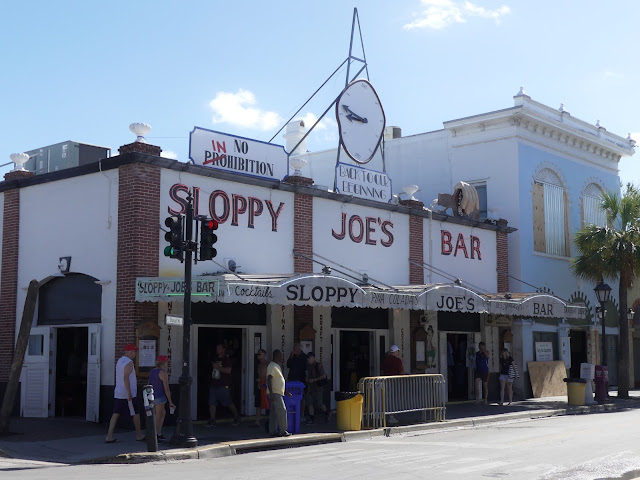