My wife convinced me to drive the 27 miles to downtown Marathon Monday evening to have dinner with her after work. She had been taken to lunch at a rather good Mexican eatery, she said, which reminded her of her native California-Mexican style food. 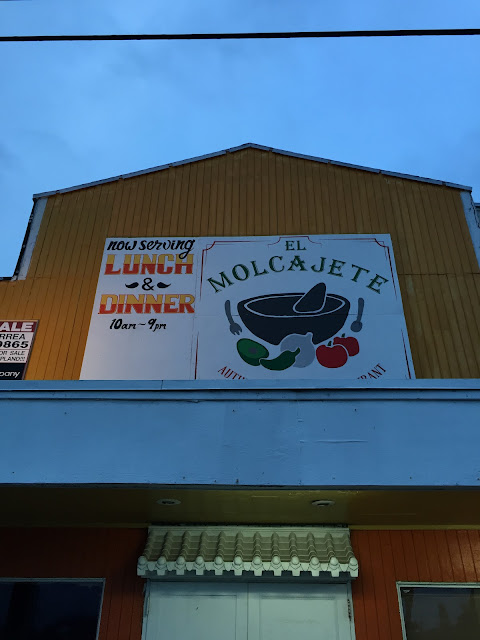 I suppose I should point out once again that Marathon Key doesn't exist. Marathon is a city comprised variously described of Vaca, Knight's, Boot and Grassy Key more or less. Marathon is a city, the second largest in Monroe County but it is not a Key. It got its name, legend has it, because laying railroad track across those islands took so long they described it as a Marathon job, in 1910 when Flagler's railroad was busy naming the previously unnamed islands in its path. Marathon is a four lane section of highway lined with businesses and streets that are "Gulf side" to the north and "Ocean side" to the south.. 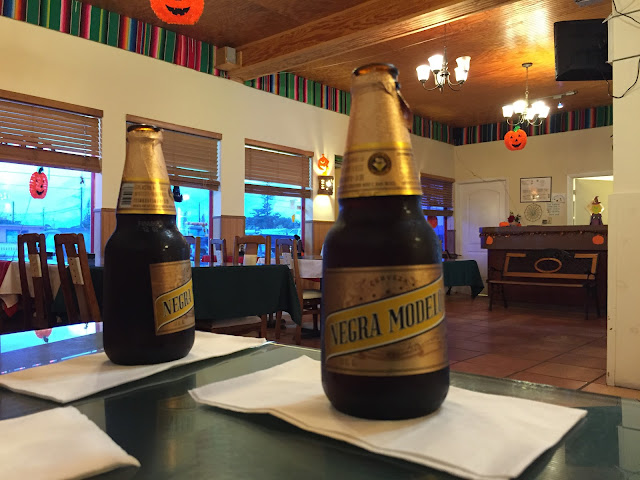 We got the usual chips to dip as we waited for the main course and they were good and crisp and not greasy and the salsa was spicy enough. Halloween was a nasty wet windy night and we wondered how the trick or treaters were making out. We suspected their parents might rather have been snug alongside us with cold beers and spicy salsa at our elbows. 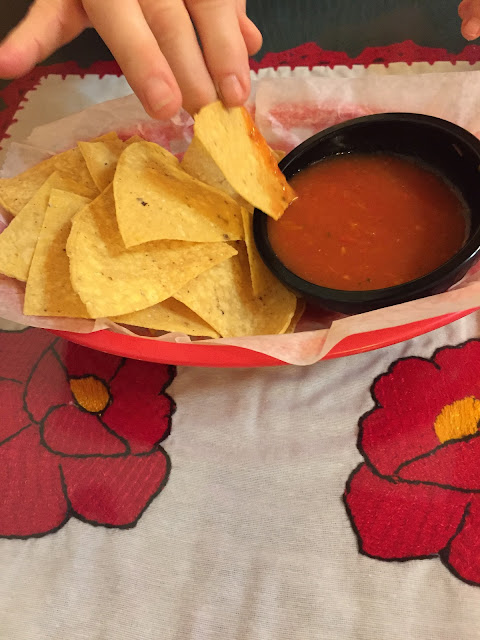 My wife's al pastor (shepherd's style) dish came in a format not previously seen by us. It was a single piece of tender grilled beef rubbed and cooked. It was delicious. 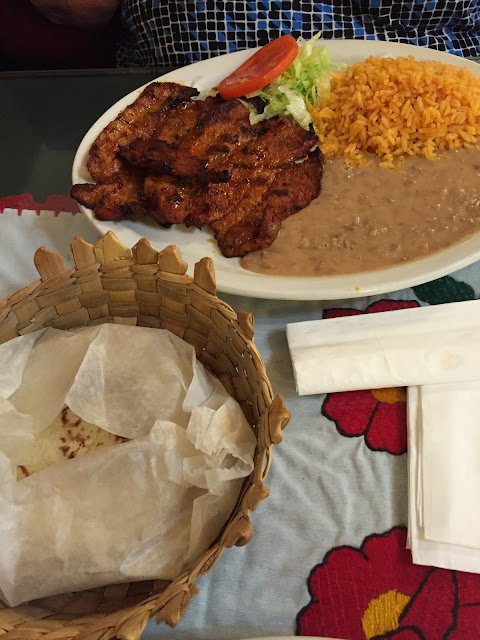 My test for a new Mexican kitchen was a chile relleno (stuffed pepper) which in my case was stuffed with queso blanco the classic delicate white Mexican cheese. It was perfect. 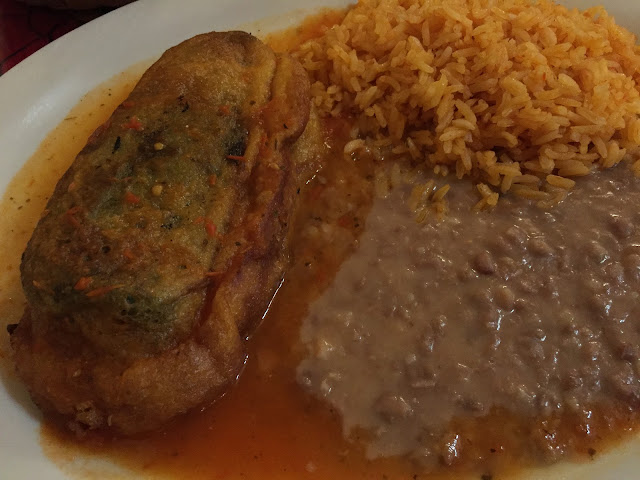 Somehow the rice and beans were proper and perfect replicas of all Mexican orange rice and refried beans you've ever eaten. It was an ideal Mexican meal. 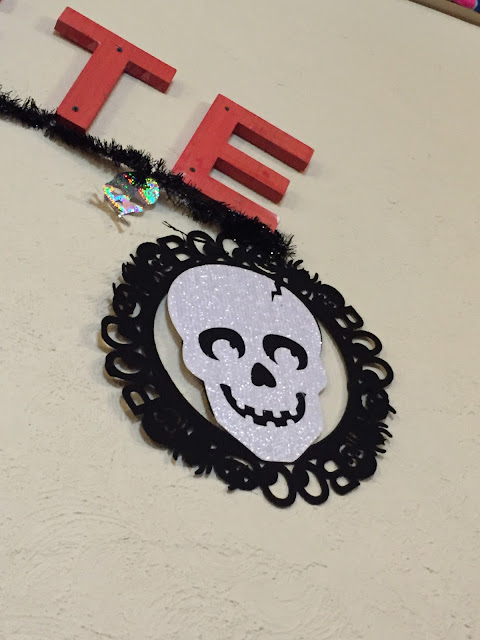 November First is the day of the dead (the Hallows, saints of the day before) and there was at least one skull to remind us. 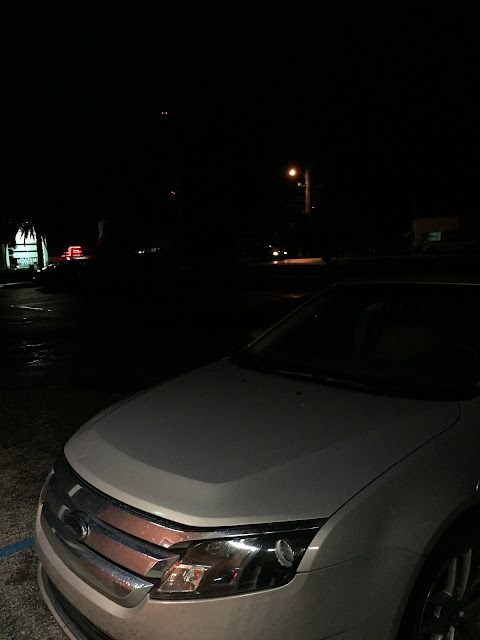 The rain had eased up, we each had a car, I followed her Fiat 500 home across the Seven Mile Bridge. Another birthday, my 59th, in the bag.
Posted by Conchscooter at 12:00 AM 4 comments: