I have been reluctant to come back to Boca Chica Beach not least because the Navy was threatening to hack down more trees to open up approaches to their runaway. Besides that this place can be an absolute hell hole for no-see-'ums and mosquitoes but I managed to get there recently on a cool windy day and Cheyenne and I enjoyed this popular dog walking spot almost by ourselves. 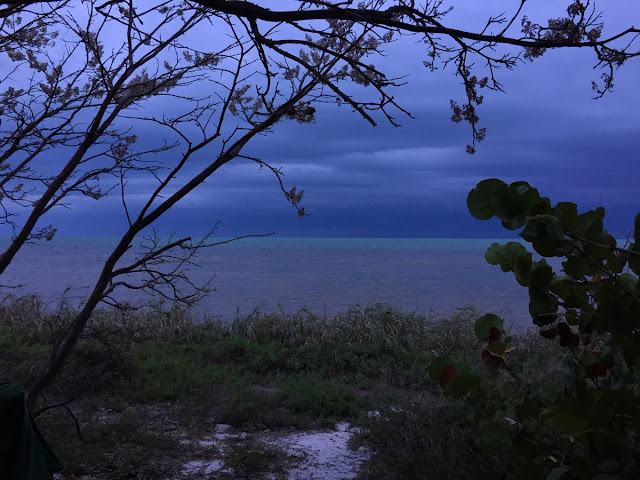 The weather was threatening rain and wind which created some rather interesting colors but in the event we were done before the heavens opened up. 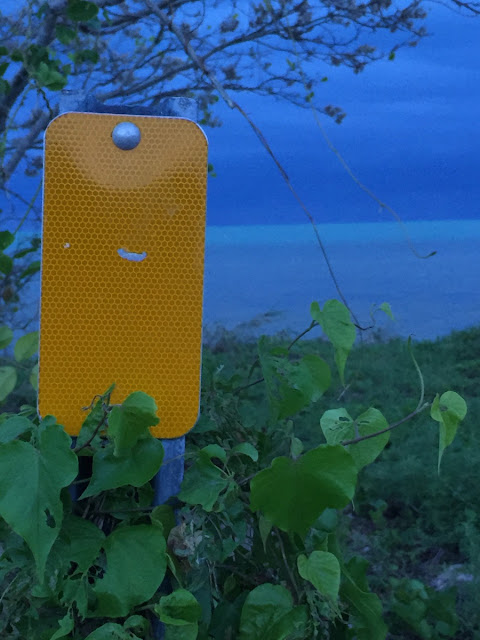 The good part about that was the absence of people. In winter this place is crowded with cars and vans and it is abuzz with people hanging out which leaves me feeling awkward about letting Cheyenne loose among people who may not be interested in wet Labrador snouts inspecting their feet or nether regions. 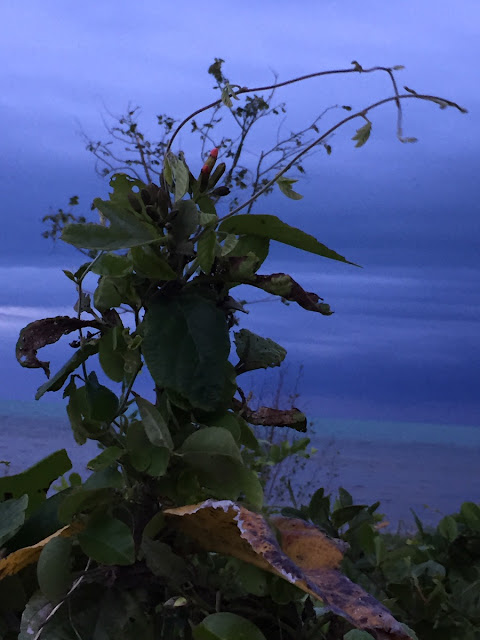 It's the sort of place that attracts people who devote their lives to creating an informal park out of a strip of dead end road and they are the people who get small monuments inscribed to their memory: 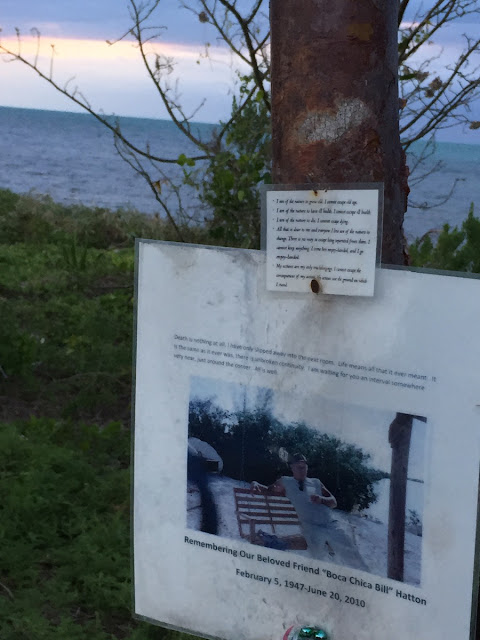 Check it out, donated furniture: 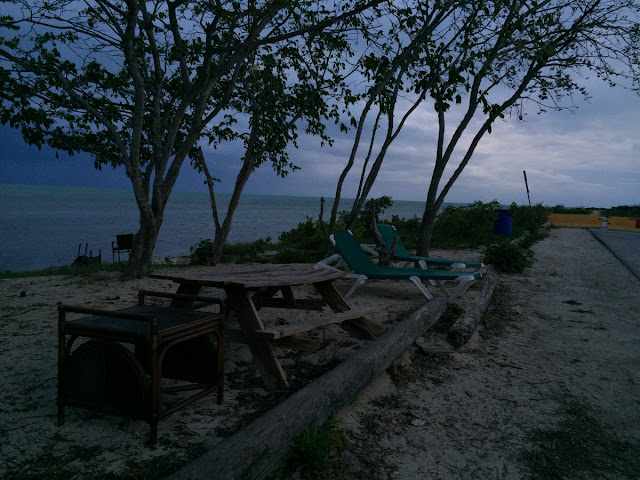 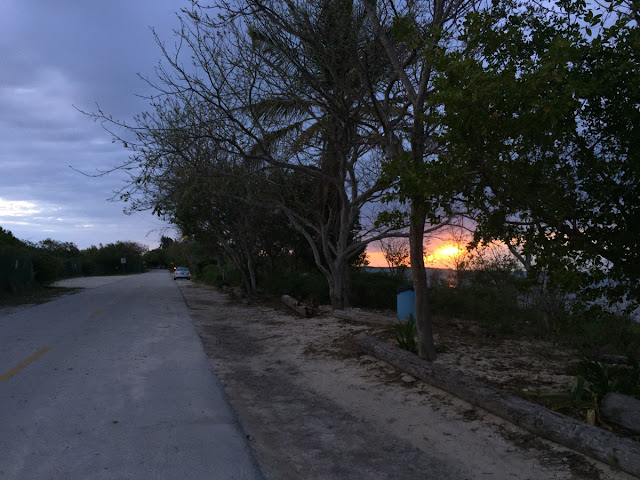 The Navy uses Boca Chica as a training base where Navy fliers practice touch-and-go landings to get proficient enough to land on aircraft carriers and not drown. The noise from the endless landings and pretend dogfights in the air over Big Coppitt and Key Haven get some residents vexed. I choose not to live under the flight path and because I know this kind of noise that drowns telephone, TV and radio would drive me nuts I will always avoid living in this neighborhood. Seems obvious to me. 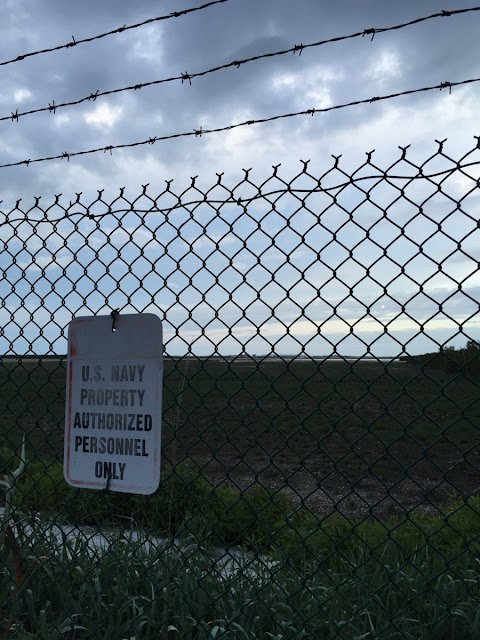 Cheyenne used to allow herself to be persuaded to check out the rough trail that meanders along the shore Boca Chica Walk but these days she stops at the barricade marking the end of the driveable portion of Boca Chica Road. 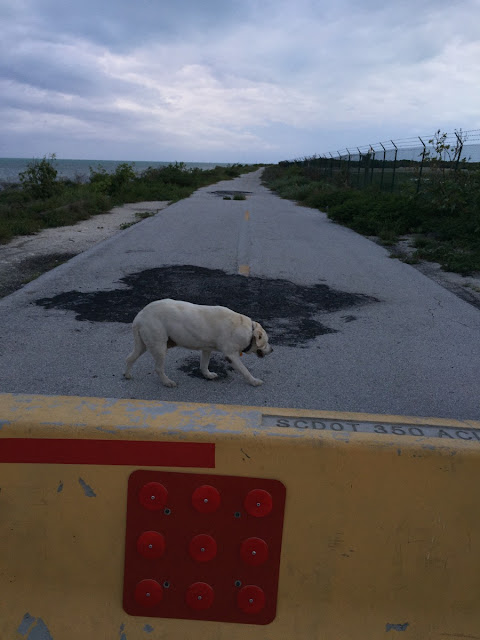 This road used to be open to traffic and the barricades used to be out of sight in the distance but one of the hurricanes in the devastating seasons of 2004 and 2005, I forget which one, washed the ocean up here and tore the road to pieces leaving a rather picturesque bike path... 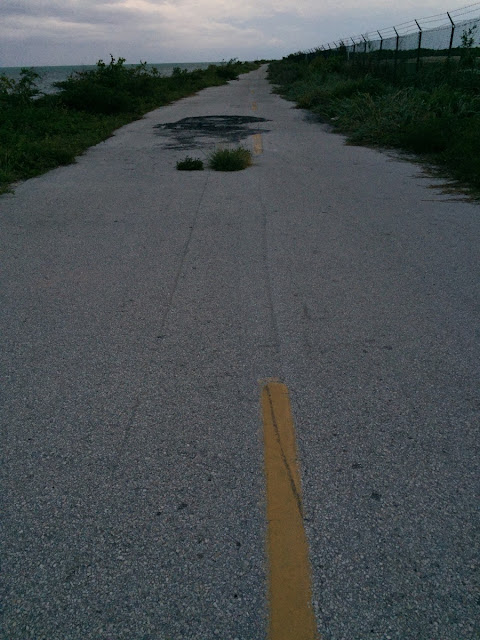 What's left is good enough to keep Cheyenne happy and that's what counts. 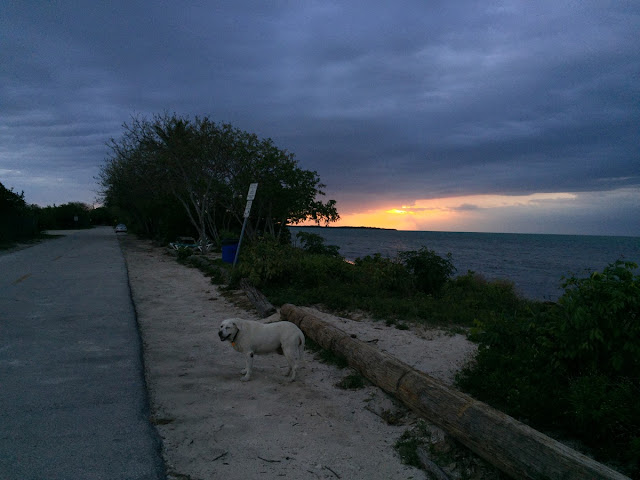 Sleepy dog when we finally get home. Bed  after  breakfast. 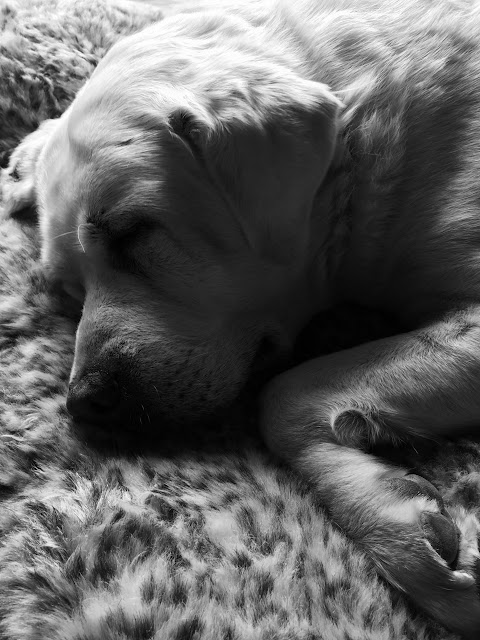