Rusty thought I was going to work so we ended up stopping by the police station which wasn't where I wanted to be when I didn't have to be but he knew exactly the way in. 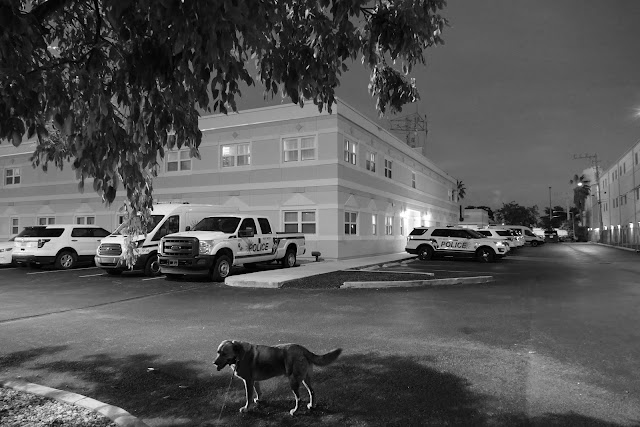 And there he sat waiting for me. 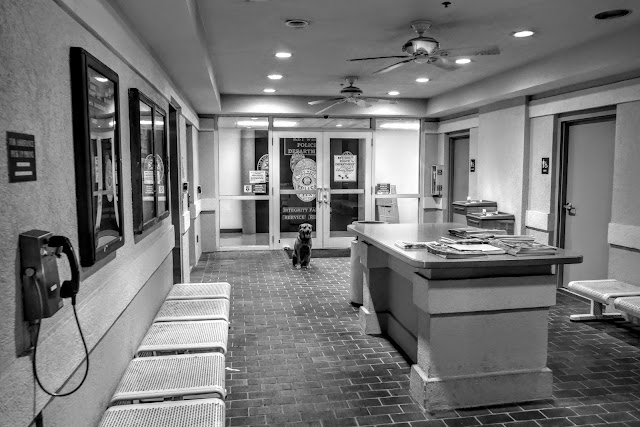 We got out into the city eventually and i found myself where he prefers to go walking, in the neighborhoods along Southard And Fleming Streets as the sun started to come up. Bonnie Albury's home on Southard Street flipped by some couple that bought it and restored it and put it on the market immediately. When Bonnie Albury was living her in her old age the place was a lot less spic and span but she loved living there and got very annoyed when people photographed the place or set up an easel to paint it. We had lots of conversations on 911 when she got mad at passers-by and wanted the police to do something. I really miss talking to her when I'm at work. She was a teacher after she grew up in Key West and she still had the rather peremptory tones of an old fashioned teacher barking orders. I was very sad when she died and I'm glad I was off work that day. 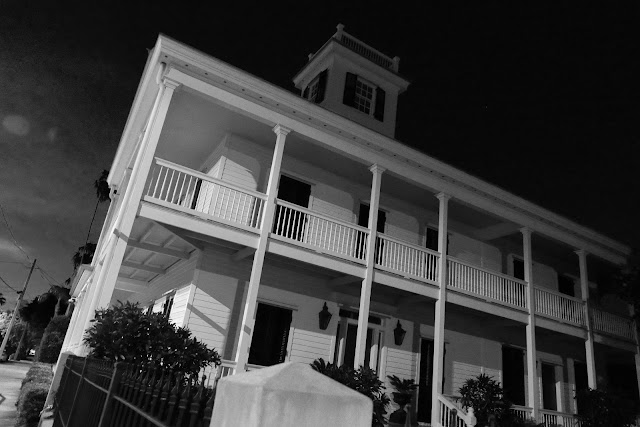 Further down Southard I was admiring the early morning start the garbage men put in on the job when a cyclist came down the bike lane. He seemed confused by the need to ride around the men at work. 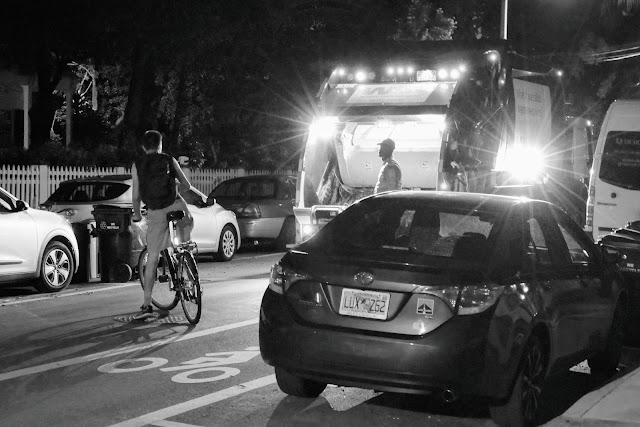 I love the play of shadow and light on Old Town streets in the darkness. 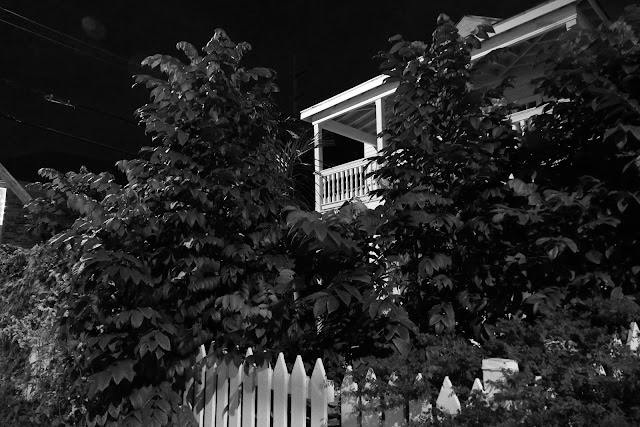 I got to Simonton Street and turned  South intending the steer Rusty up the hill (Solares Hill,  16 feet above sea level) but he declined the uphill hike. Incidentally Solares Hill, named for a Cuban immigrant in the mid 19th century isn't the highest natural point in the Keys. That would be Windley Key where the quarries are and it is supposed to be two feet taller. Big deal in the grand scheme of things but numbers matter to some people, other than geographers. 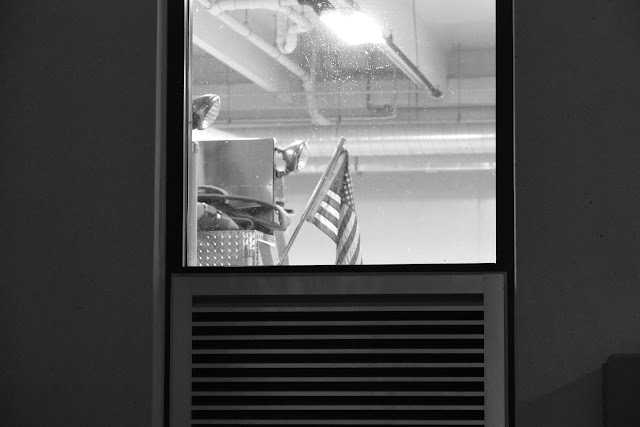 We passed the fire station on Simonton where I got a peek inside the windows. The new fire station has been around a few years and it's hard to remember how the firefighters used to live in the damp cramped quarters built in the former City Hall building. There were all kinds of complaints when plans were unveiled for a new modern fire station and by now no one notices it any more. The knee jerk need to complain is human nature at work I think. 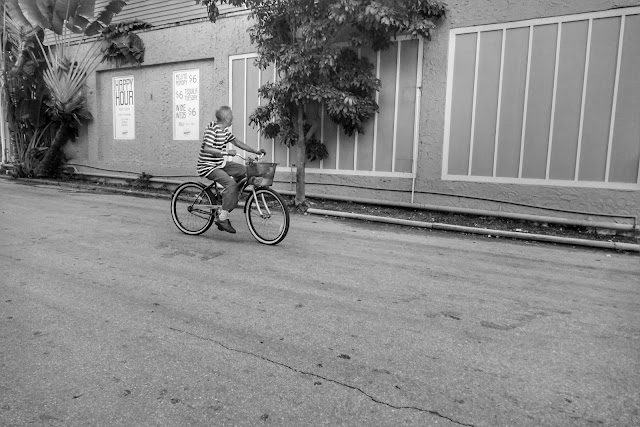 Partly too Key West is small and fragile and beset by so many forces seeking change that every time anyone gets up in public and says we must change or improve something everyone expects the worst. I have seen that tendency in myself and that was partly what drove me to go around photographing Key West even as it evolves and changes in front of our very modern eyes. 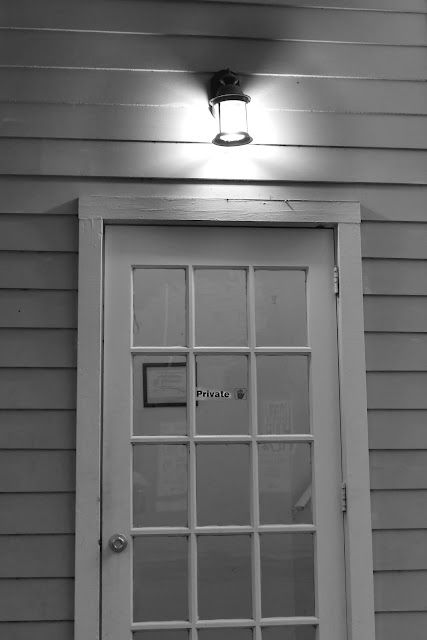 "Private" A necessary town where not every drunk visitors knows and understands the boundaries in this small town.
Posted by Conchscooter at 12:00 AM 3 comments: