Sunday Morning In The Keys

I only get every other weekend off and this isn't it. I took these pictures earlier in the week but I saved them till today because they remind me of things I like about living in the Keys. 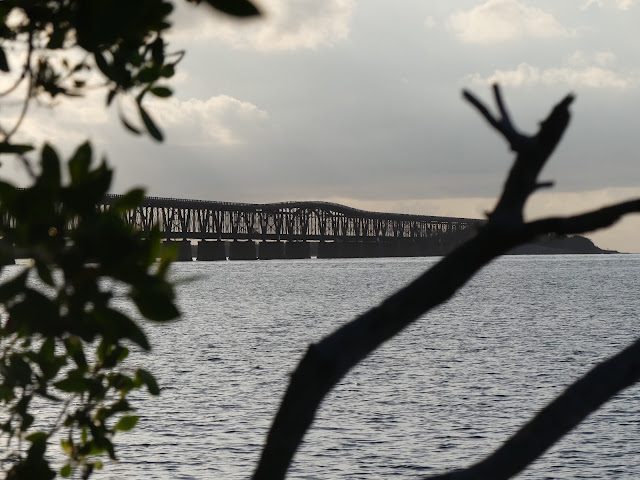 I don't like the lack of environmental awareness and the inability to look to a future different than the present. Solar energy is an alien concept around here which seems bizarre when  there is so much sunshine. I think the reason for that is that the people in charge haven't yet figured how to rake in their share from renewable energy. 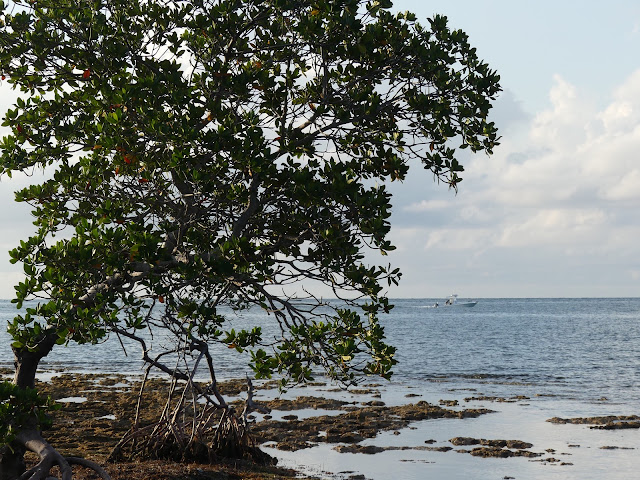 There has been a  ton of crime reporting on the front page of the newspaper. There have been a couple of murders reported in Monroe County, people who knew each other as I recall. Drug traffickers have been sentenced in Federal Court and so on and so  forth. It looks like a rap sheet some days rather than a paper. Weird. 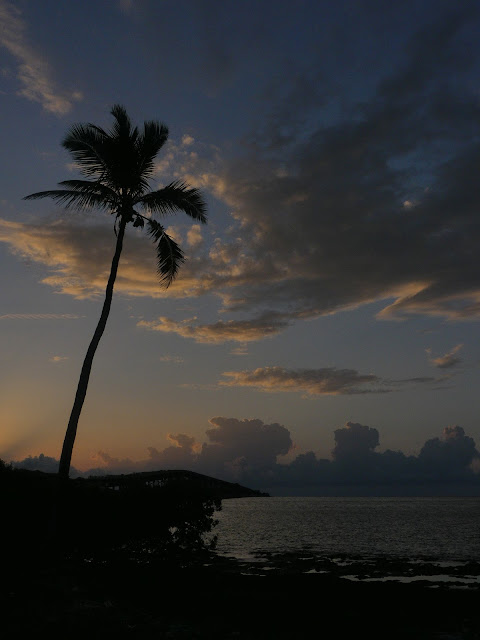 The City of Key West is now promising to have the new waterfront park done by summer 2018 and it seems the place is to be a hive of activity. Oh well, no more free range dog walks as construction is well underway. It remains to be seen how the noise and the crowds and all the rest of it will strike the residents of Bahama Village. So far they aren't excited. 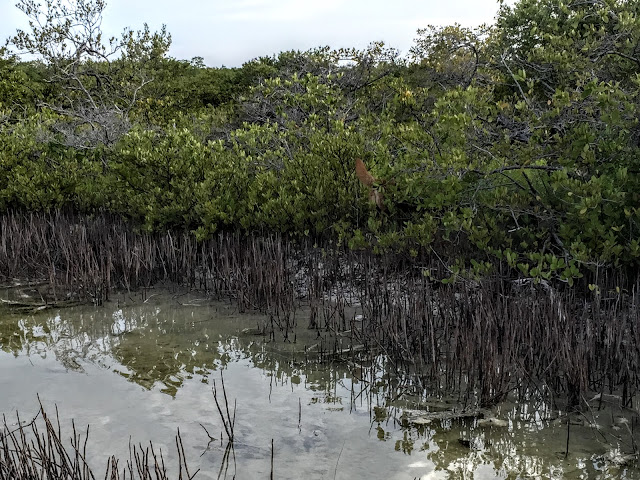 For some reason I was moved to take this picture of a gambusia trench. I rather liked the picture. The trenches were dig to use gambusia fish to eat mosquito larvae. 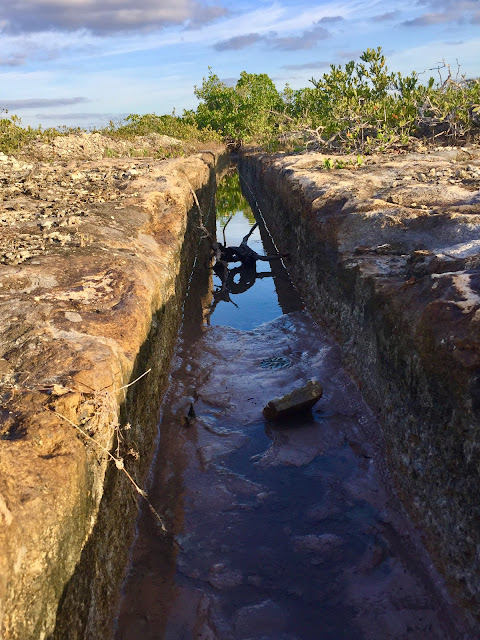 From a 2011 story by Steve Gibbs in the Key West Citizen's Islamorada Free Press (LINK):

Stories of black mosquito swarms in the Upper Keys are legendary. In 1935, Charles Louis Pellicier, 82, moved with his family from Key West to a home on the north end of Plantation Key.
"In the late '30's, probably 1939 or so, I delivered the Miami Herald to folks in Tavernier," he said. "In the summer in the morning you couldn't tell if the sun was out or not because the screens were covered with mosquitoes. They were thick."
Emilio Posada, Upper Keys supervisor for the Mosquito Control District, said the trench behind Burton Memorial could have been used to fight mosquitoes. He said another relic trench can be found about 150 yards into the thicket across from the Key Largo Fisheries on Lake Largo.
"There are still some that we work," he told the Free Press. "I still stock some with gambusia, better known as 'mosquito fish.'"
But who dug the trenches is also open to conjecture.
Jim Brooks, public information officer for the U.S. Navy at the Boca Chica Naval Air Station, speculates that the federal government played a role, since trenches can be found throughout the island chain.
"It is most likely that the Civilian Conservation Corps workers in the 1930s dug the trenches," he said.
Funnily enough I remember Jim Brooks: 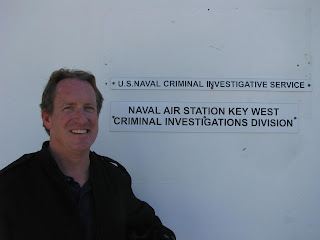 He was kind enough to show me round Boca Chica.
Posted by Conchscooter at 12:00 AM No comments: