Downtown With Rik And Rusty

It happens from time to time that I get stopped on the street by someone who reads this page, and I don't suppose I have to mention this happens a lot more often when Rusty is in fact with me. Thus you might say  Rusty gets stopped when I happen to be tagging along. So it was before New Year's Day. I recoiled a bit as more often than not people who come up to you on Key West streets want money or information. My disguise as a tourist with a camera round my neck usually keeps information seekers at bay but it does make me look like prey for the scammers. 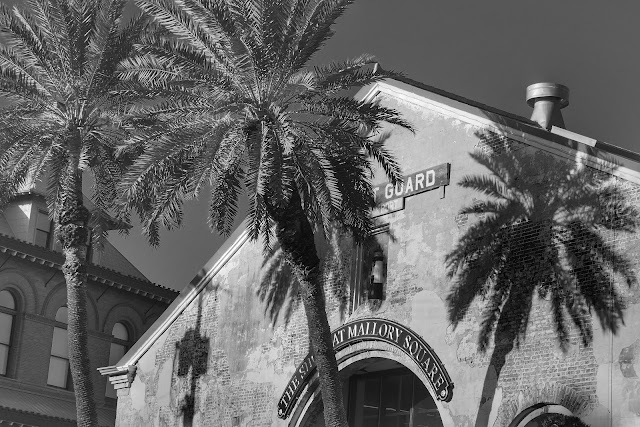 Instead it was Rik who was wearing a  jacket, a first hint that maybe he is used to the tropics. We talked for a while as we had a couple of things in common. He lives on a tropical island, a Dutch island as he himself is Dutch and he knows Webb Chiles. Indeed he sails a Pathfinder similar to the boat Chiles used on his well known open boat circumnavigation a few decades ago. 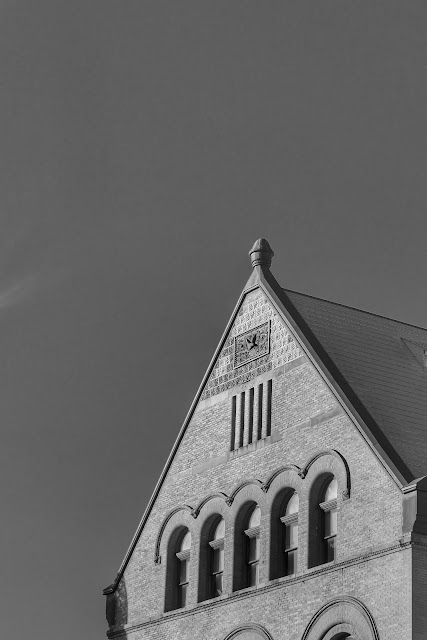 We chatted and he wanted to go for a walk with me so we set a date  via the Internet and I ended up driving into town with Rusty for a walkabout. 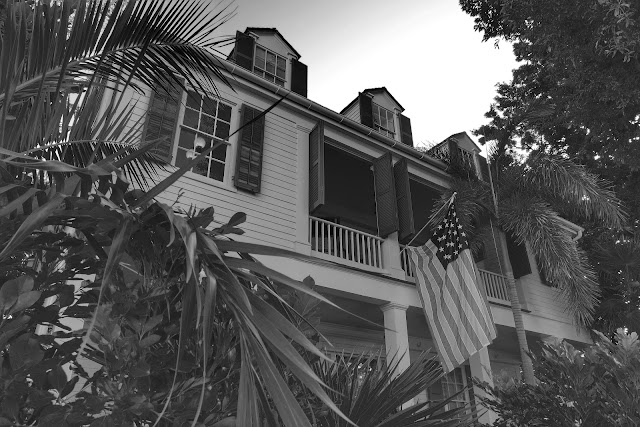 Rik was a toddler when his family moved to Aruba and he has lived there ever since so I called him the Aruban Conch. Describing him as a Conch (pro:"konk") confused him at first. I explained that he is as native to Aruba as someone born in Key West thus he is native to his place of residence: a Conch. This convoluted way of thinking eventually overcame his scruples when I added my own belief that where you graduate high school confirms your roots. Anyone can be born in Key West but how they torture you in high school is how you see the world as an adult. At least that seems to be the case in the US.  Ha, said Rik in his fluent English, I formed my lifetime friendships in kindergarten in Aruba. Yup, I said. You're  a Conch. 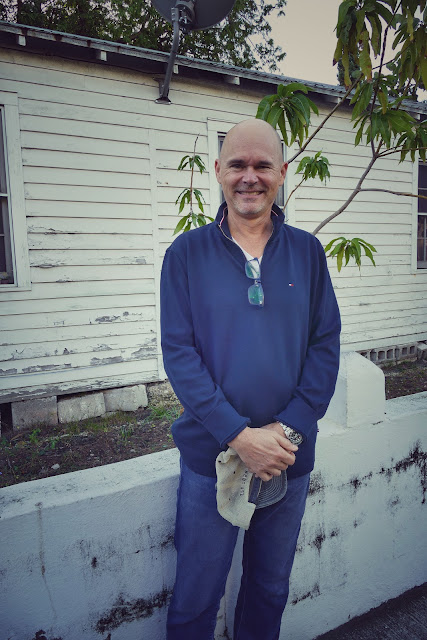 Rik likes to do well by doing good. He works naturally in the internet technology field on his 70 square mile island  20 miles from Venezuela. He consults, he travels, he wants companies and people to do well. He also likes the US a great deal, and when I say the US I mean above all Key West. He vacations every year on this island which I find a little odd considering Aruba is Key West with a Dutch flavor, more or less. But Rik the engineer loves Key West architecture and he wants to build a house in the Key West style in Aruba. 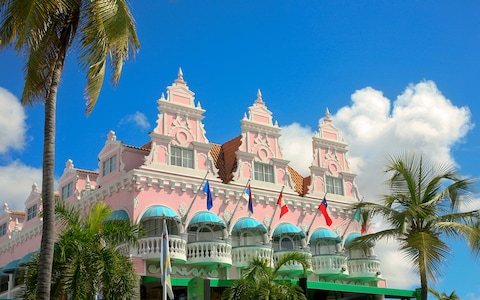 daily Telegraph from the web
It's a funny thing. I've never been to the ABC islands in the southern Caribbean, Aruba Bonaire and Curacao all colonized by the Netherlands, all outside the main line of Caribbean islands fought over by the European powers and all three of them are models of clean efficient colorful trade and tourism. Check any picture collection of  these places and you will see classic gabled homes in bright colors, like dolls' houses burnished by the tropical sun. Lovely. And there I was with an Aruban extolling the virtues of Key West architecture. We talked of this and that including sustainability and how little use either place makes of solar energy. I am of the opinion that to make solar work you have to create a plan that allows utilities to make money off solar energy. The paradigm in force at the moment creates a drain on utility income every time a new solar panel is installed on a customer's roof and that has to change. I'm not sure how but when Rik told me a similar tale of limited solar deployment on his island even closer to the equator my conviction grew that we are going about solar energy all wrong. 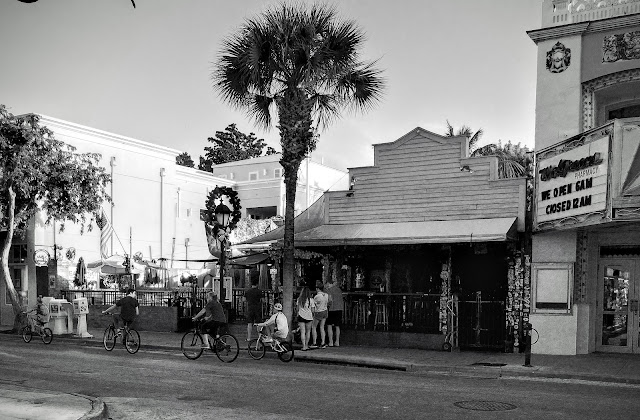 There's a lot to like about Key West and I enjoyed walking around listening to Rik the engineer's considerations about living in a small space. He has dogs but he says he can't walk them on the postage stamp where he lives. That makes it a no go for Rusty and I! 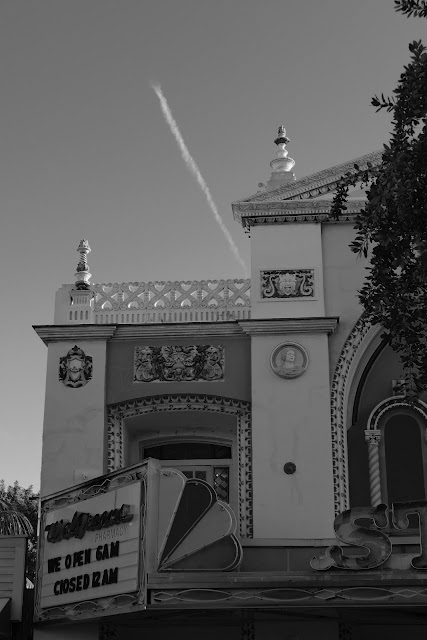 Rusty enjoys his urban exploration but he also loves the mangrove roads along the back country scrub land. I have to confess he seems to perk up too in cooler weather even though he has grown up, not in kindly environments, in South Florida. 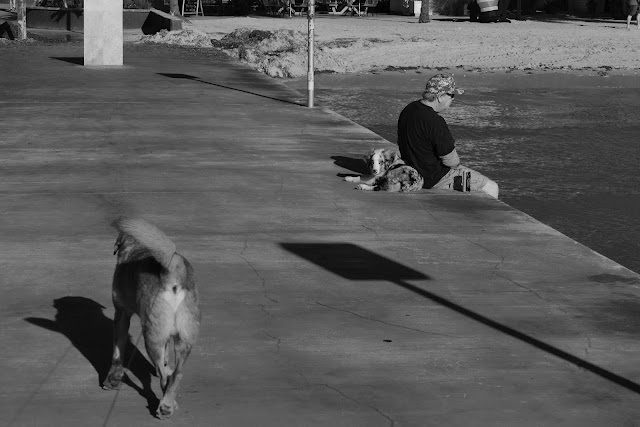 I notice too that  Aruba is south o the hurricane belt, for now. Climate change and sea level rise was on both our minds. Rik says the Netherlands is developing a  fifty year plan to evacuate people at risk and Aruba will have to do the same, as things inevitably change in worlds so close to the sea. In the Keys insistent flooding is not a subject we face up to with much equanimity. 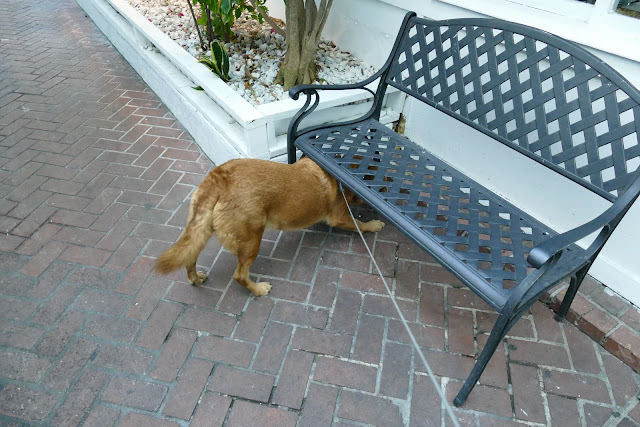 And just like that Rik the engineer is gone back to Aruba, to his business of helping people and his neglected sailboat which he says he is going to take out more often. There's another thing: I'm not sure how many destinations there are around an island like Aruba...But unlike me Rik has no desire to check out the horizon, he has a home a business a family and an island to call his own. No need to mess all that up. He is content. 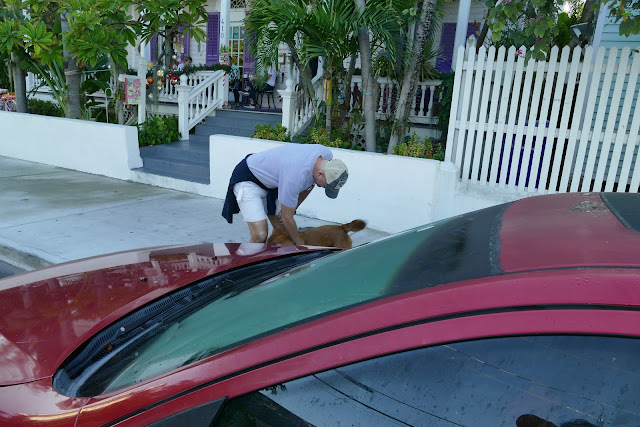