Look at her, caught thinking deep thoughts no doubt, like when's my next walk, or I wonder what uninspired rubbish they are going to palm off on me as my dinner tonight. Sometimes Cheyenne actually uses her bed though usually she likes to stretch out on the floor where the tile is cooler. She looks pretty inoffensive to me. 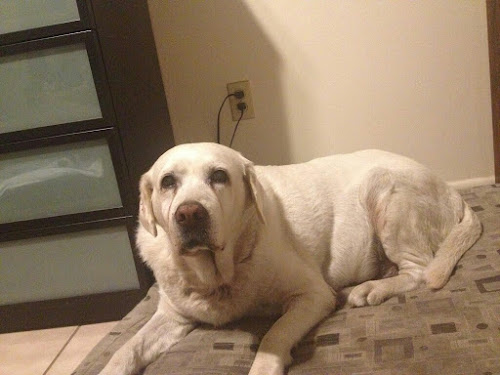 I was walking her on Horace Street (I love that name) near The Wharf restaurant and while she was exploring a dusty empty lot occupied by noisy chickens the old dude pictured below started ragging on me for trespassing. I guess it's just not been my week as far as pissing off strangers goes. And though I apologized I looked around and wondered why this patch of malodorous dirt was so dear to his heart. He said he didn't want her to shit there, fair enough I said popping out plastic bags at the ready. Unmollified he glared at me and retreated to his display of fishing floats "For Sale" the hand painted sign said, next to the No Trespassing sign which I had thought was supposed to protect his native art from intruders. How you make a sale protected by a No Trespassing sign baffled me and I was about to enquire but I thought better of it. I applied Trobaritz Logic to the situation and hoped his outburst made him feel happier than he looked. He probably needed to vent on someone; might as well be me. 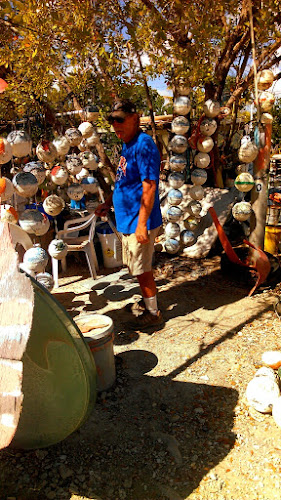 So I decided to take the cause of my trouble into Key West on an early morning shopping expedition where we met lots of people out walking their dogs. "Met" is not the right word really. We carved a path through other dog walkers is a more accurate description. I don't mind letting Cheyenne sniff other dogs. I am alone it seems in my openness. It's people that sorry me, not their dogs. 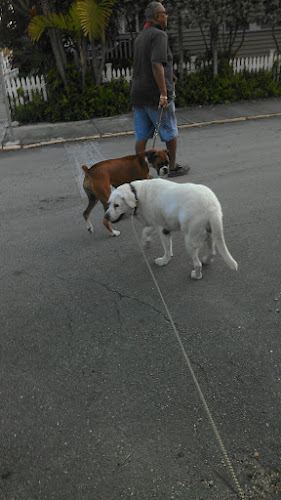 If it weren't for Cheyenne I wouldn't see stuff like this, sunrise over the islands. Sometimes I feel like I devote too much energy to my dog, that if it weren't for her I'd be free to ... do I'm not sure exactly what. But something. Instead I'm home with my dog. Or out walking my dog. 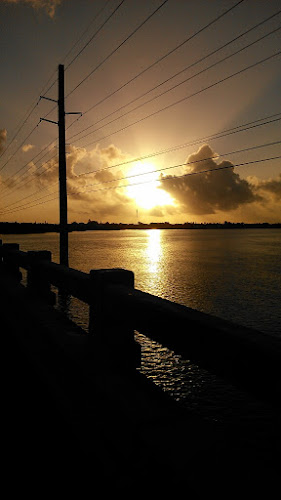 The reality is that for all that Cheyenne upsets people just by existing, by being a 107 pound threat to public order, that shits in the open air, sheds copious amounts of indestructible white hairs, and spills good when she eats, she makes the colors of the day brighter and more cheerful. After the old fisherman yelled at me about trespassing on his wasteland a couple of guys round the corner were busy fixing their boat by the side of the street and we fell into conversation about dogs and how great they are even as they age and get stubborn and comfortable in their lives with you. It was such a pleasant moment I completely forgot to take a picture of them. Silly me. 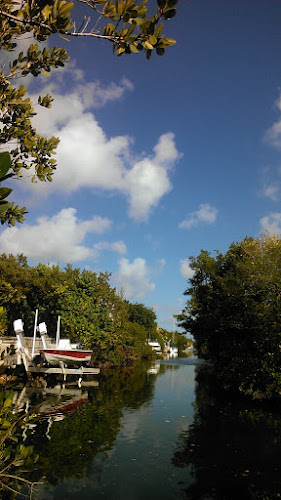 In town the usual view I get of the old hound is of her bottom as she trolls along. I get to see the weird crap she doesn't think about. Like this mural at the Sunbeam Grocery on White Street. Ostensibly it's a delightful painting of folks having fun in the sun, on the sand with delicious frosty fizzy caramelized water for refreshment. As you do... Except not at the Southernmost Point where there is no semblance of a beach as represented. I suppose even commercial Art gets some leeway: only I expect a Truth in Advertising. No wonder my dog thinks I'm an idiot. 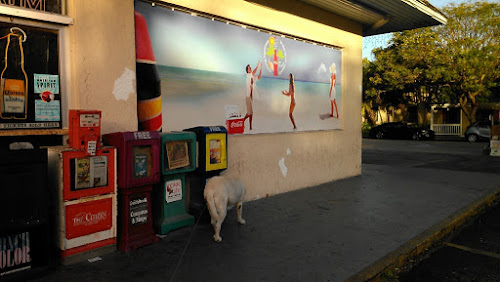 Then there was the mailbox on the banyan tree. I wanted to think someone might have decided to seek independence above us mortals, like Italo Calvino's hero I studied in school. I suspect it's just the mail drop for the house hidden by the huge tree. Cheyenne ignored the whole thing and waited patiently, leash at full stretch while I got the picture. 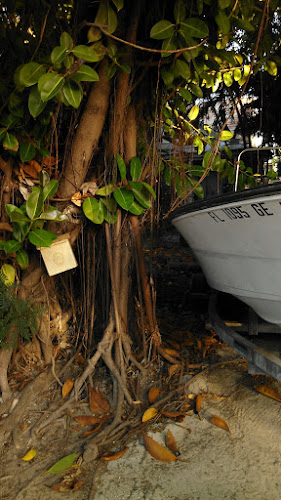 And then there are the mysterious abandoned shoes that litter the Key West landscape. I'm sure each shoe tells a story, and if I had catalogued them I'd bet I'd have a photo essay just on found shoes. 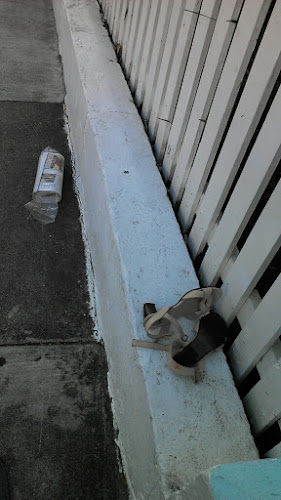 And talking of found stuff Cheyenne had four nice slices of what appeared to be spinach and tomato pizza. It never stood a chance. 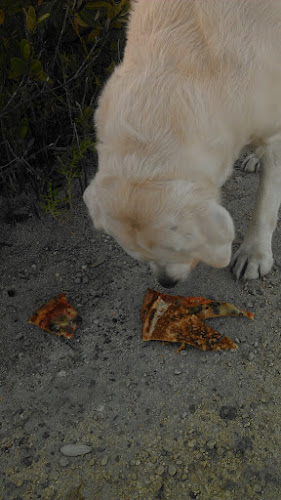 What a great dog. She even cleans up other peoples' crap. Good dog.

Everything works finally. What a stress! Go to this page, choose your podcast and hit the relevant button underneath the program notes. Enjoy, give a five star rating and bob's your uncle.