Coronavirus: The Horns Of A Dilemma

Well well, we have reached the Ides of March and in the US we seem to have reached a fork in the road forward. One part of the population looks to the future as a direct extension of the past, and the other group looks to the future through a muddled sense of past experiences none of which seem to apply. I find myself in the middle as usual, scratching my head as usual. 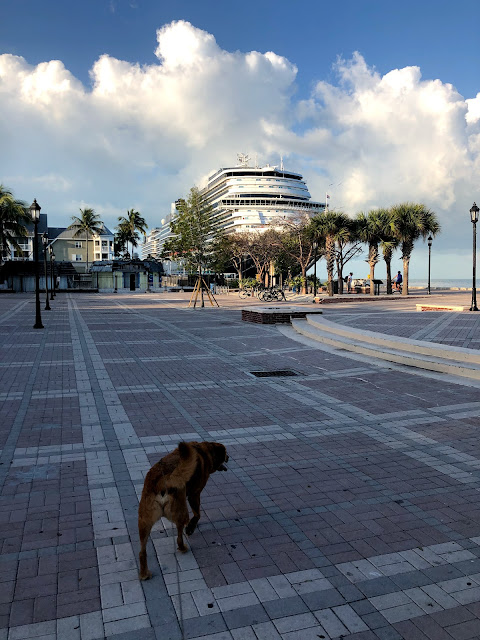 At last the cruise ships have agreed to stop operations for a few weeks and the last such floating Petri dish left yesterday afternoon after one final attempt at infecting anyone downtown who has not yet been exposed to travelers. The group of people who are convinced the future is linear and will be as the past has been also made their point by taking part in the Duval Crawl, a series of increasingly intoxicated encounters with bars down the main drag. In Marathon they flew their flag high by holding a seafood festival. The other group of citizens facing. profound and unnerving crisis did what they always do under these potentially dire circumstances: they went shopping. 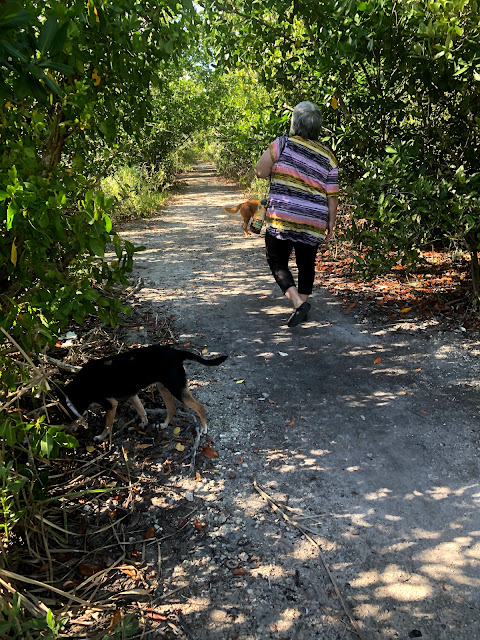 Consequently by the time we went round to Winn Dixie in Big Pine the shelves looked like they had gotten mange, spotty with supplies. With time on our hands and a new kitchen gadget to test ("for the van") my wife set to work trolling through the vegetable aisles. How we worked was that she directed me to pick up the stuff while she tried to keep a few feet (or meters in CDC parlance) from potential carriers in the aisles. The cancer antiretroviral drugs she takes for her arthritis destroy her immune system so she would be an excellent candidate to get ill enough to die from this virus. Her future looks complicated for a while. However the selves of the supermarket had gaping holes and the weirdest stuff was missing. I needed a jug of distilled water for my CPAP machine an interesting innovation in myeline since the hospital and we managed to scrounge one six pack of expensive designer distilled water whose existence  I would never have imagined. Who drinks designer distilled water anyway? Whoever you re I thank you as normal water was long gone and only the expensive stuff remained on the decimated shelves. 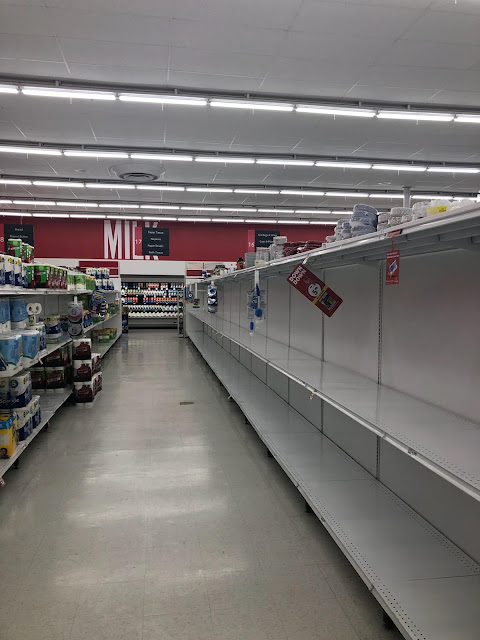 Pinto beans were in short supply as was toilet paper, bleach, ramen and a selection of cuts of meat. This group of people puzzles me. Do they suppose this virus is like a hurricane? Are they planning to huddle at home with bleach and toilet paper prepared to defend themselves against an unseen and very insidious enemy? Unlike some Facebook commentators I understand the need to feel some sense of control in an out of control world but, like the worriers seeking relief with medicinal herbs and ironically Chinese tinctures, better to save your money and buy a place on one of the very scarce ventilators when the time comes for you to breathe with mechanical support. 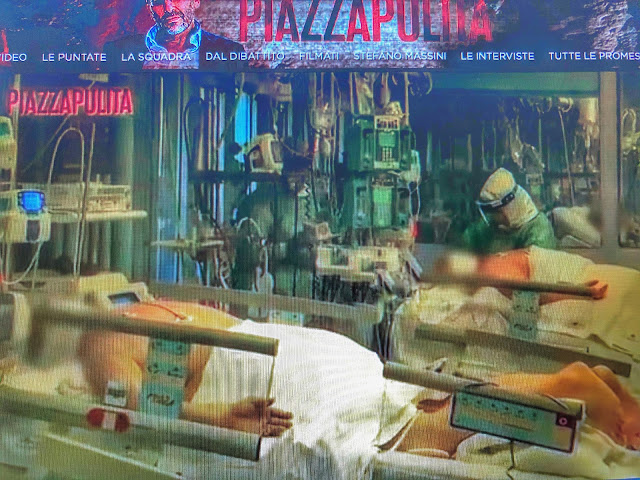 The Ides of March marked the New Year for the Romans though most of us know the date as the day of Julius Caesar's death. Beware the Ides of March! In Italy where people have agreed with government demands to stay home life has ground to a halt so they are seeing in the new Roman year from their balconies and you may very well have listened to them singing, on and off key, to maintain sense of community.  The real picture is the photo above which I took as a screen shot from a television channel in Bergamo showing coronavirus patients face down on ventilators. In Key West two nights ago Duval Street was packed with revelers enjoying Duval Crawl - this picture I screen shot from a Facebook video. No way would I go down there to share viruses or drunken exhalations! 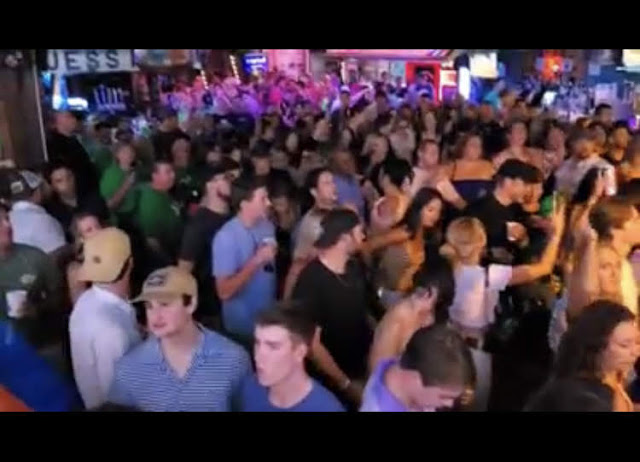 For the first time ever my family in Italy video phoned me as they sat around the table in quarantine at the family farmhouse in central Italy. Homemade sausages for lunch and why not call the uncle in America to see how life is over there? I was sitting at Mallory Square (in the top photo) and was shocked when my phone came to life with a live image of my nephew on the screen. I can tell you they are scared and were utterly taken aback as I panned my camera screen around downtown Key West showing off my ability to walk after my accident while at the same time proving no one in the US is taking this mess seriously. They are lucky as they live on a. fair and though there restaurant and farm-to-table business is obviously closed they live in an excellent spot to be quarantined. Nevertheless their stories are hair-raising, public gatherings are banned, dead people are piling up in sealed coffins in churches and marries awaiting burial some future date, people whose time was up not coronavirus death necessarily. 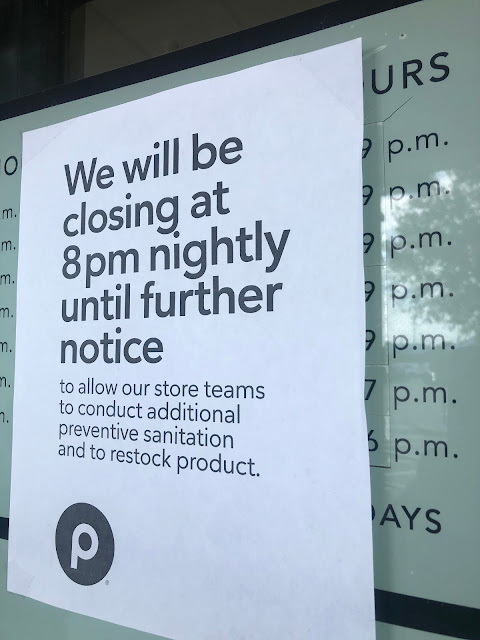 Publix is closing an hour early in response to a life threatening virus. Jolly good but it's not exactly what the rest of the world is doing. South Korea tests ten thousand people  a day, while we can't organize testing on any scale anywhere. Italians have agreed to stay home not to save themselves but to avoid infecting the vulnerable among them, to avoid killing the old and the sick. I read on Facebook how defiant my not at risk "friends" are about going out and living normal lives. My wife thanks you. Italians aren't in the habit of flag waving like Americans but unlike Americans when they do wave their flags they do it as a sign of national solidarity not as a token of narcissistic reassurance. 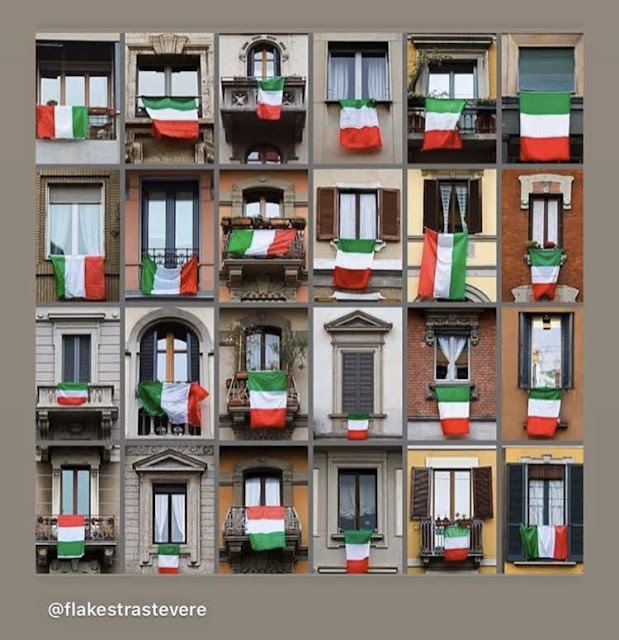 Italy is not the greatest country to live in, not for me, but I have never felt the need ti shout the advantages of my life in the US which are apparent to me and about which I feel no need t boast. I count myself lucky but which needs to get back on track. We should be leading not following in a crisis of this proportion, as killing the old and the sick by indifference is not what I feel proud of at all. 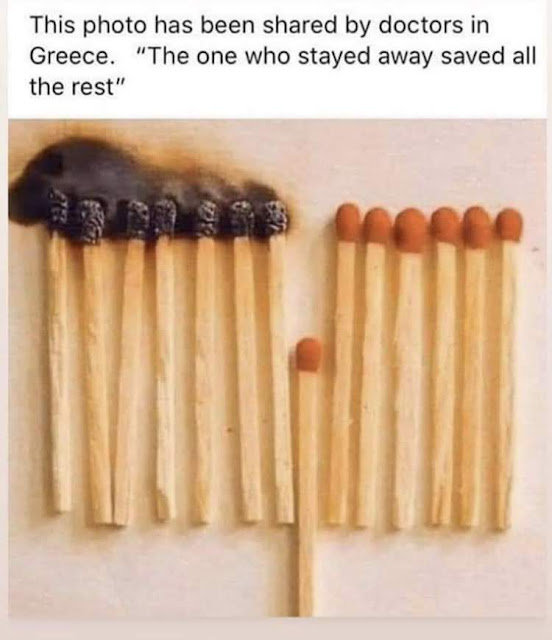 Its not a struggle that will be overcome with bravery or stubbornness or childish bravado. Common sense and decency are needed more than ever and if we can't get it from the top we need to institute it from the bottom by ourselves without the need for leaders to tell us to be sensible. That's the America I love. I hope it hasn't been snuffed out. Im pretty sure it hasn't and of that I am proud.
And this from a long time reader of this page:

Cees Klumper said...
I just read my Dutch newspaper, about a 16-year old boy who was very healthy, no issues whatsoever, and is now in intensive care on life support after a very quick onset of Corona; doctors say he may still pull through. His family is not being tested so is likely infecting many others. Sister flying to UK tomorrow. Many others in Holland in intensive care are under 40 with no other known health issues before this virus shut down their lungs. The Dutch were very casual over the past weeks, now suddenly, with high concentrations of cases, realize this could kill many in a very short time including due to a flooded health care system that all considered so robust. Don't take any, any unnecessary risk people, including in Key West, as the authorities clearly lost all control.
Posted by Conchscooter at 12:00 AM 8 comments: