Summer is rainy season in the Keys when sudden thunderstorms sweep down and deposit buckets of water amid all the drama of heavy black clouds, sudden winds and rolling thunder. 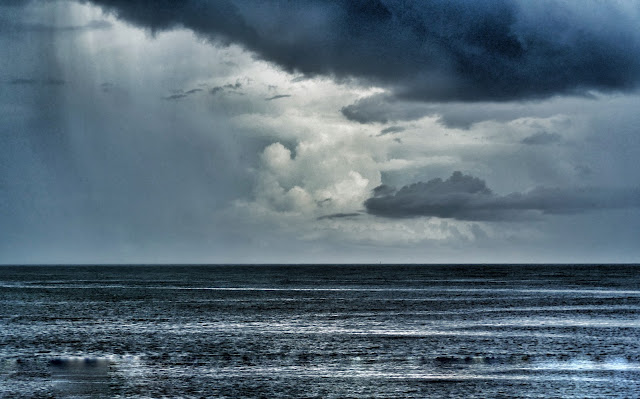 The temperature drops twenty degrees, landmarks disappear in the murk and half an hour later the only sign of the sudden disturbance is wet surfaces steaming in the reemerged sunshine. 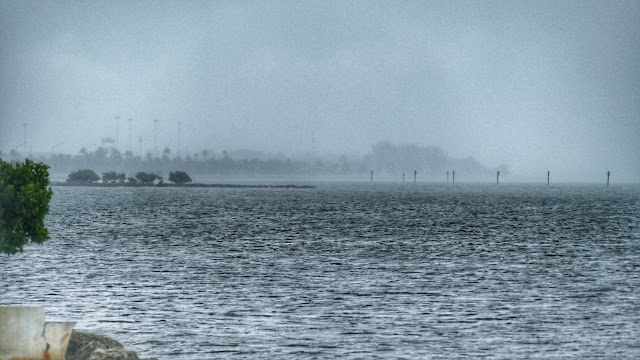 So it was when I went into town for exercise as usual followed by a snap decision to cut my hair. I saw the black cloud lurking but I had my waterproofs and anyway, how bad could it be I asked myself. Pretty bad actually, as rain descended with ferocity and instant flooding followed. 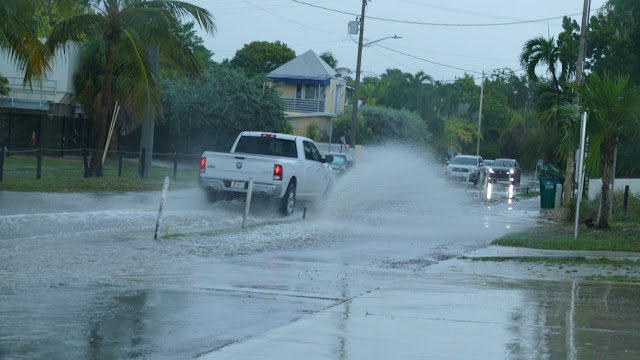 I cowed under an awning for a while and made a transoceanic call to Florence in Italy, totally free on WhatsApp.  I am still amazed by technology and making free calls around the world blows me away. 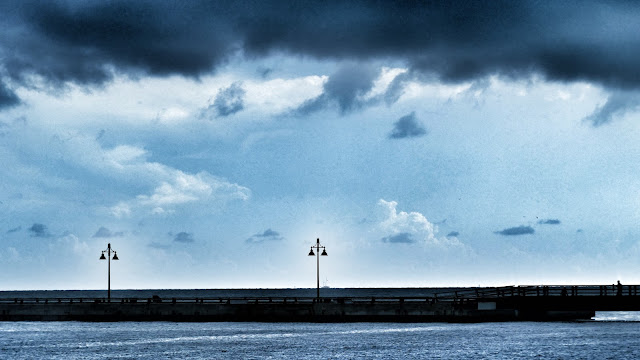 After that amusement passed and the rain eased a little I got going wrapped in plastic and picking my way through deeply flooded intersections wondering how the Burgman's belt drive would cope. Fine as it turned out but it was a test  as flood waters swirled around the floorboards.. 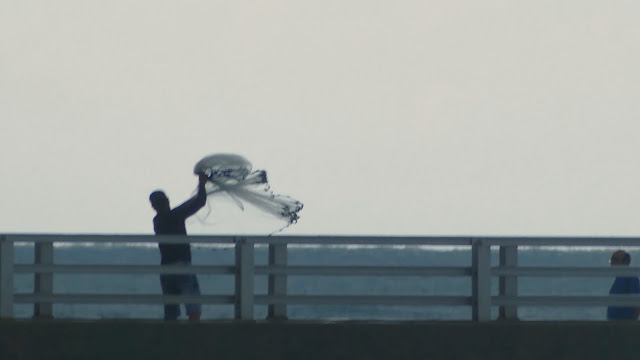 I wasn't alone on two wheels and others manged the streets with more aplomb than I: 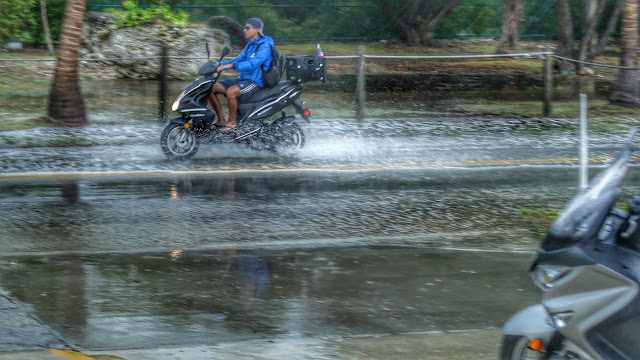 Oddly enough there wasn't enough wind to make the ocean boil o there was still boat traffic wandering around between squalls: The sudden weather onslaught brought it's own beauty: 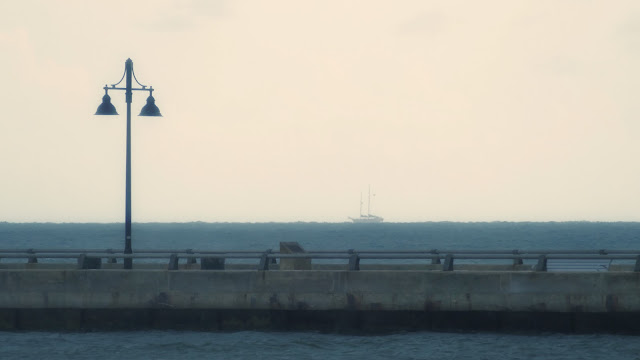 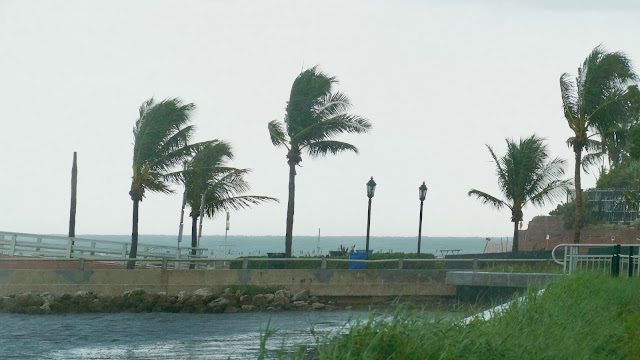 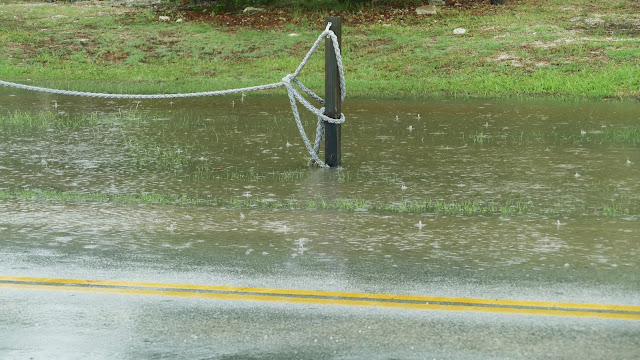 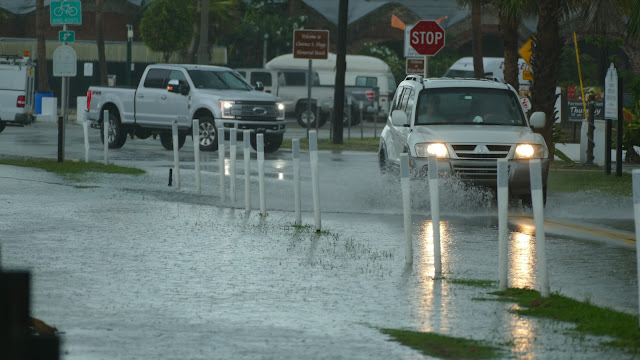 I never bothered to take my helmet off as it was still raining. Imagine my surprise when it started to rain date palm fronds and one hit my head with a loud clunk. Lucky I was wearing my helmet as it turned out. 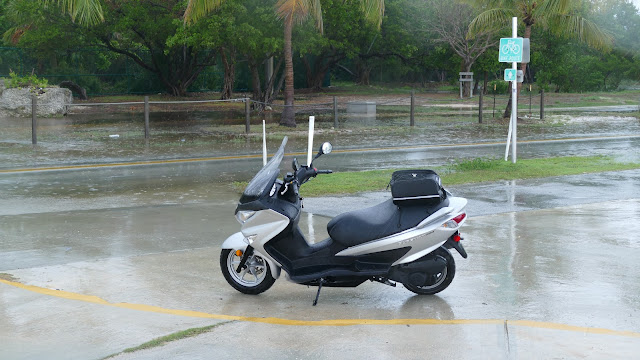 I got home with feet soaked through but for the rest only mildly damp. ten miles from Key West skies were blue and sunny and there wasn't the slightest hint of the drama I had ridden through. So it is around here in summer.
Posted by Conchscooter at 12:00 AM 2 comments: