I have been rather cavalier about the fact that for the past three years we have not seen temperatures below 65 degrees - ever. So now I get my comeuppance. Tonight and tomorrow we will be lucky to see temperatures above 50 degrees during the night. So naturally I figured yesterday was a chance to get out fell the warm afternoon air on my skin, and some dun on my face. 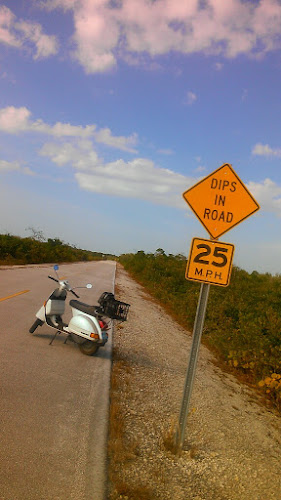 It was too hot for Cheyenne to have fun outdoors so I went for a solo ride. I had the excuse that I needed a lightbulb for the house so I stopped in Summerland Key for that. I took the old Vespa which I have sidelined for a while as traffic on Highway One has been intense and aggressive. Northerners freak when they see scooters, though the more modern 150 ET4 Vespa holds it's own, the 1979 has a more leisurely acceleration and the "antique" tag is like a red flag for New Jersey SUV vacationers... 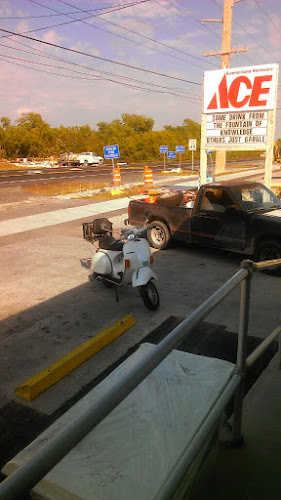 It was worth running the gauntlet, the old girl did fine on the highway and I really enjoyed the old school scooting for an afternoon. 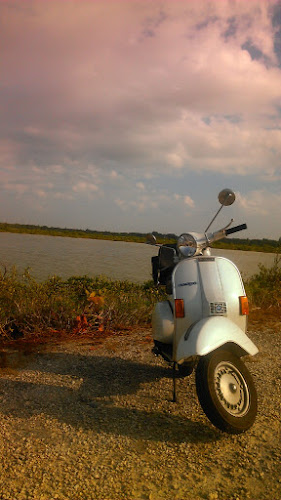 I cruised my old stomping grounds on the heavily inhabited side of Ramrod Key, putt-putting at 25 miles an hour in third gear up and down the Caribbean themed street names. Then we hit the highway again for a mile before turning north on the Torch Keys, my favorite testing ground. 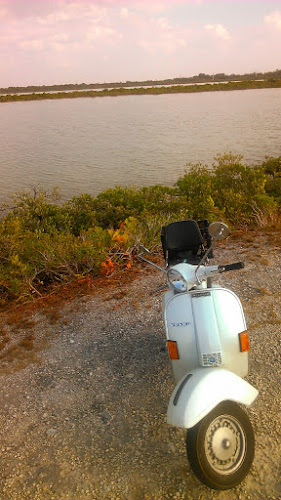 Not many houses on Dorn Road, lots of straight stretches, right angled turns littered with gravel, underfoot wavy asphalt, overhead ospreys and all around silence when I turn off the scooter. 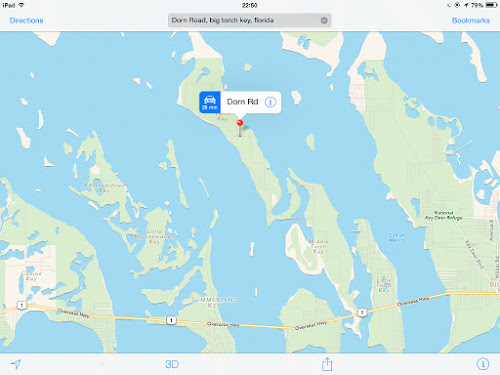 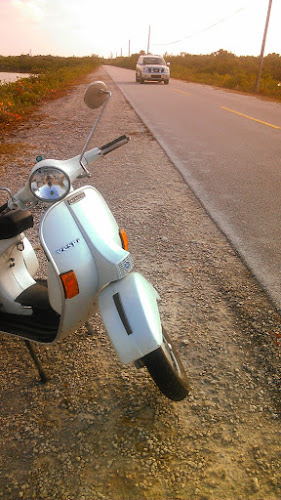 I have been in touch with the only other known P200 in this area. Jason and I exchanged texts as he has been following my rebuild progress and I wanted to make him jealous of my pleasure in the dun while he was at work. He is a much better mechanic than I and he has several classic Vespas in various stages of restoration. He also has a rather practical outlook. When I joined with him in lamenting the ease of rust in this climate he pointed out "chrome don't get you home..." 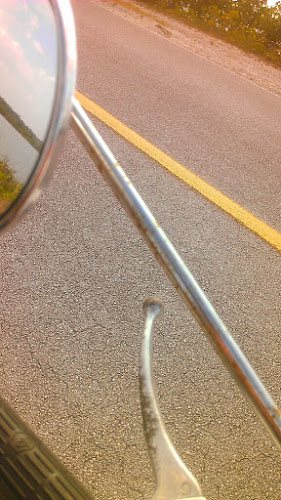 12 Italian horsepower will get you home. If the big trucks don't mow you down first! 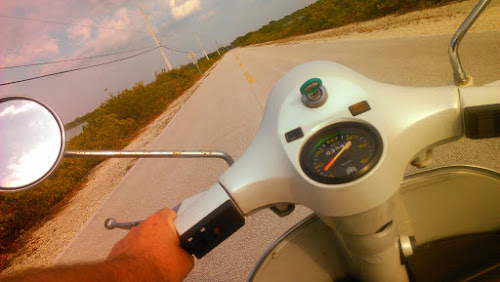 I will hold on to the pleasure of this little ride as the temperatures plummet and I wrap myself in winter clothing such as it is for my evening commute these next two nights. Warmth returns Saturday, they promise. Not a minute too soon. 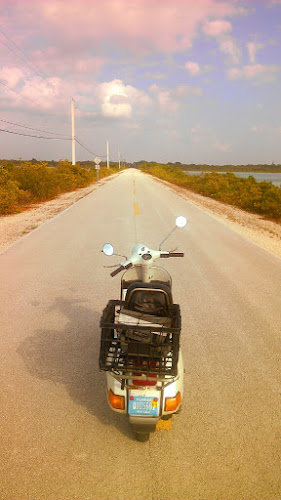 Commute by Triumph as the Bonneville takes no guff from zombies piloting cages.