I cannot be sure how it happened but I was there as the sun came up in a burst of red and orange and yellow under  perfect dark blue dome. 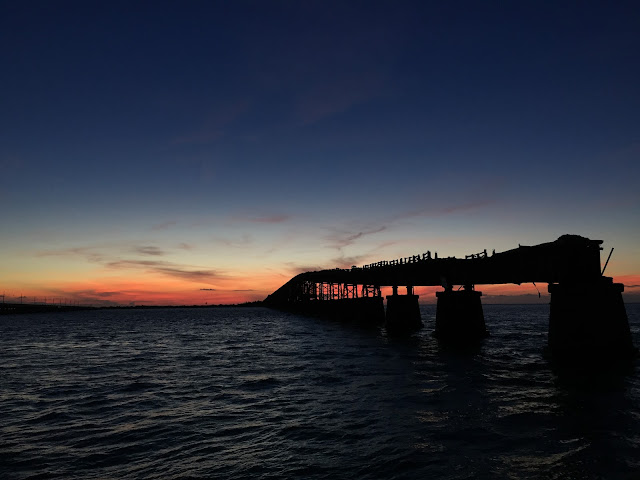 Below we see the new Bahia Honda Bridge, two lanes in each direction that allow passing while on he right the old Bahia Honda Bridge which slipped into disuse in 1982. It was a converted railroad bridge and lacked room for wide traffic to meet safely on the bridge. It was not a great road bridge but it is a picturesque wreck. 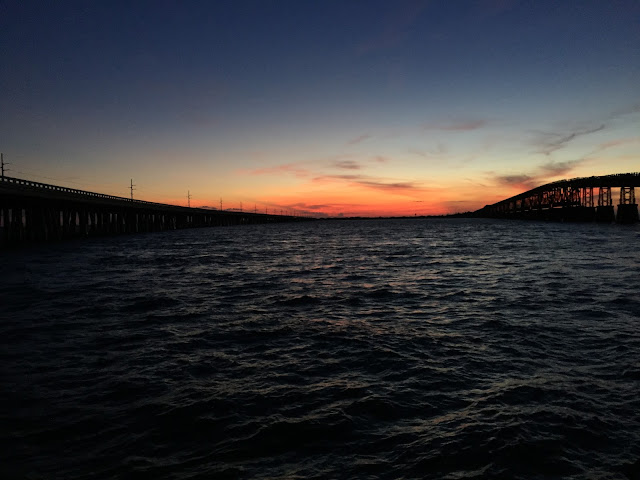 This is not an area to swim as the currents are strong. "Bahia Honda" means "deep bay" in English and water spills in and out of the Gulf of Mexico through here. It is a good place to drown if you aren't careful. 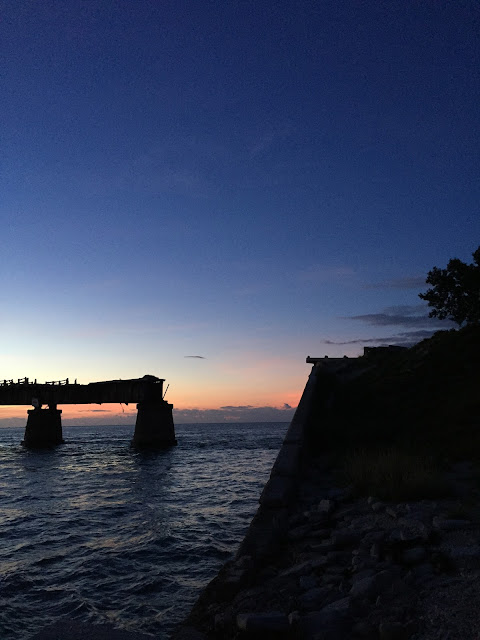 The old approach road to the bridge was built on a  ramp of earth that rises fifty feet in the air and gives a walker on the path a rare view down across the water. Nowhere in the Keys is naturally as high as this above sea level: 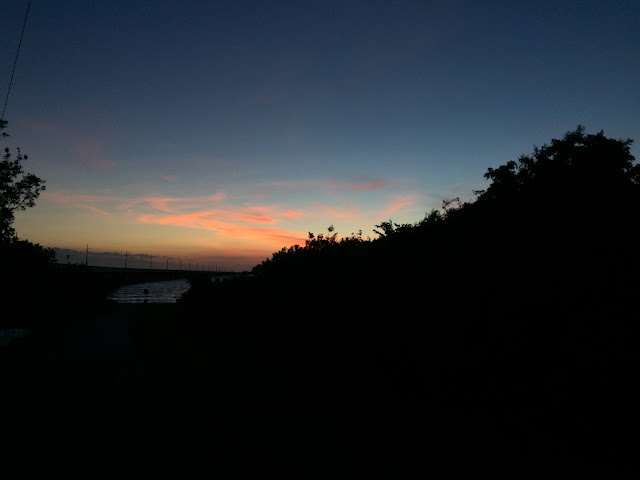 Anglers stand on the seawall and fish by lantern light about where the engineers built the edge of the artificial ramp that leads up to the old bridge: 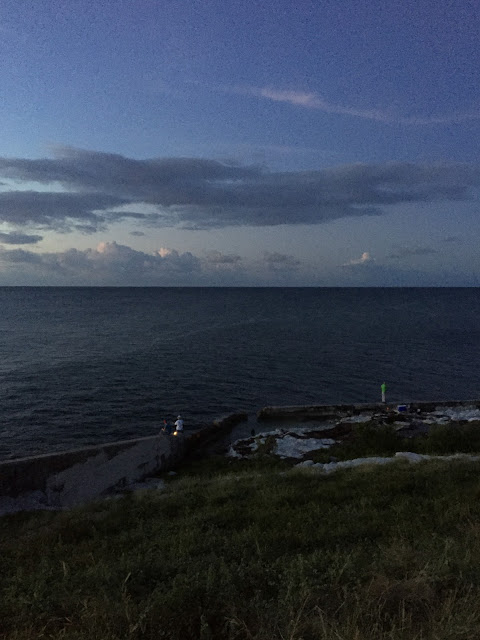 Rusty was in the mood to run and he ran back and forth rolled in theluch grass and played hide-and-seek with me. I caught a flash of brown in the camera: 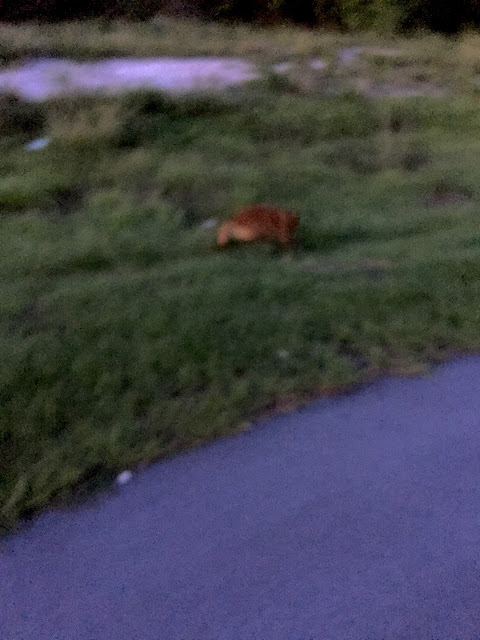 The pause before the stroll back to the car: 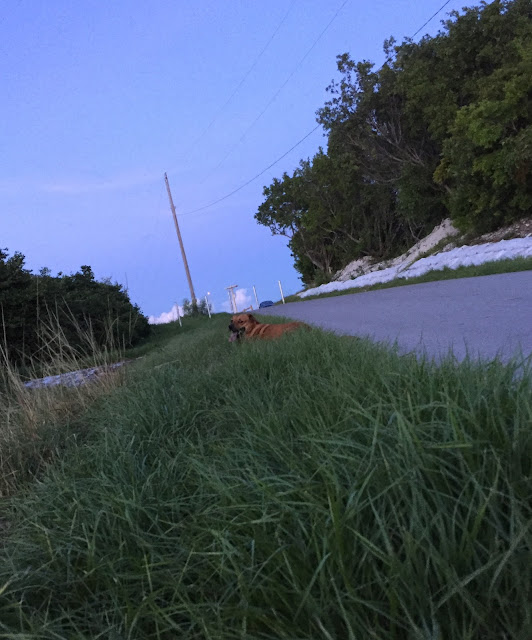 Cheyenne was rather more sedate on her visits here: 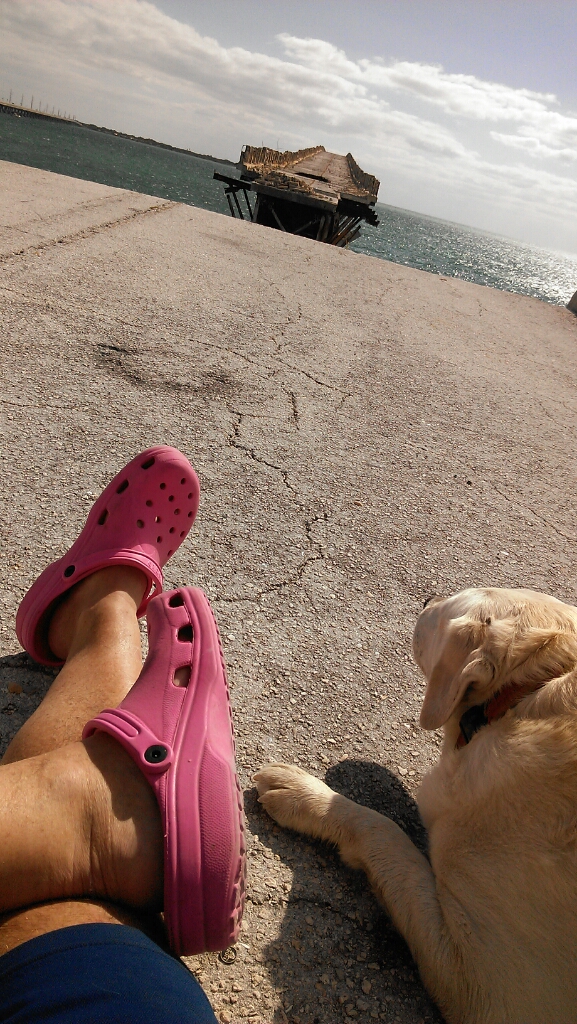 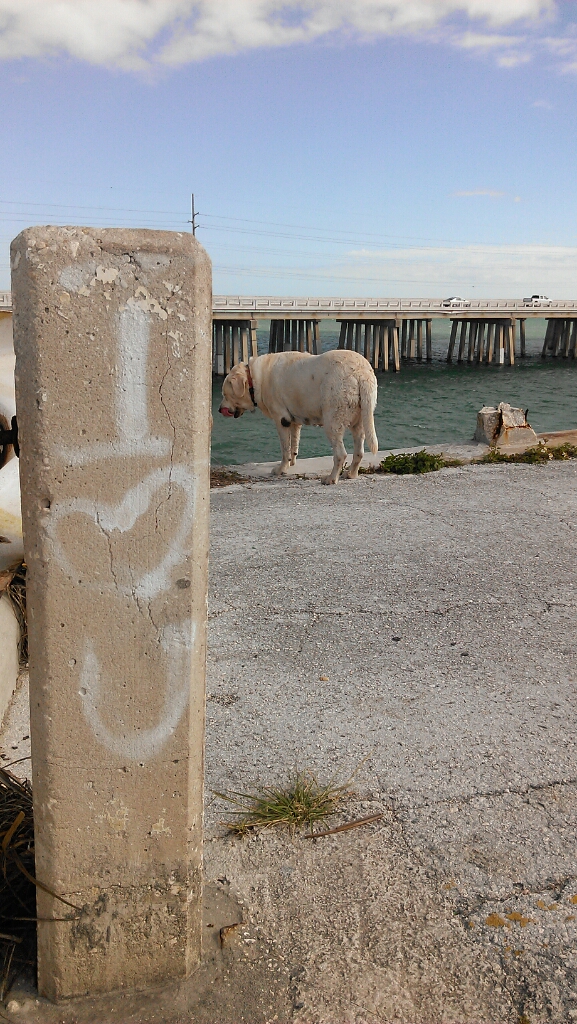 There is always the breeze... 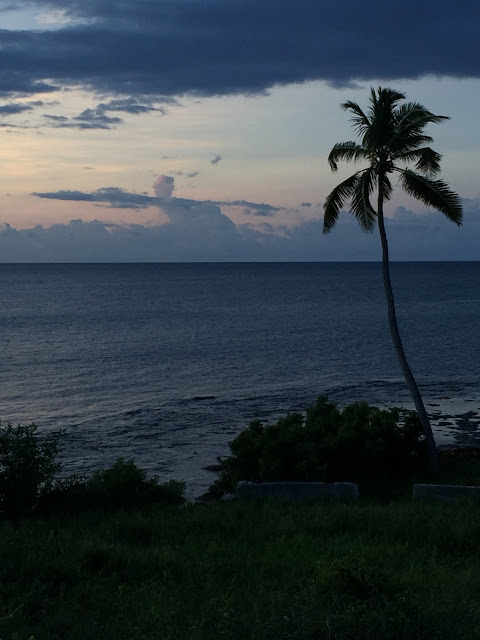 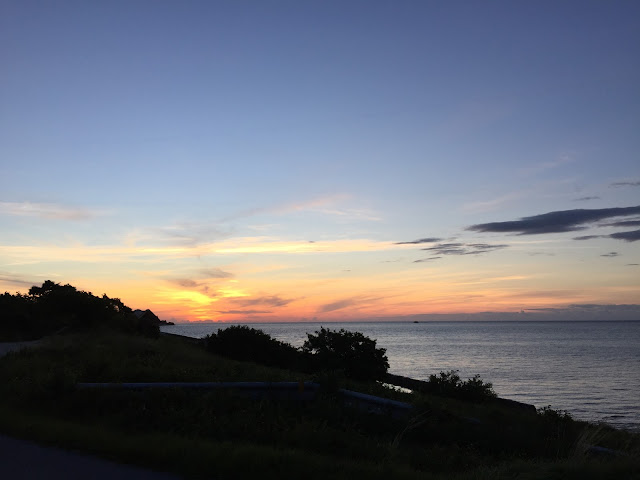