There were three of us sitting up in dispatch as usual. Anna, a former dispatcher who went over to "the dark side" to become a police officer but was helping Nick and I on our regular night shift in the communications center at the top of the police department and we had the city well in hand. An evening that had started out wildly busy had become what is developing into the norm: after midnight the older revelers who now call Key West their vacation destination, had gone home to bed and the calls for service had dropped off. In these tough economic times younger folk have less money and restrict their all night revels to weekends and holidays. Regular weeknights are the province of the more staid drinkers, those with less stamina and less testosterone to start fights and defend turf. 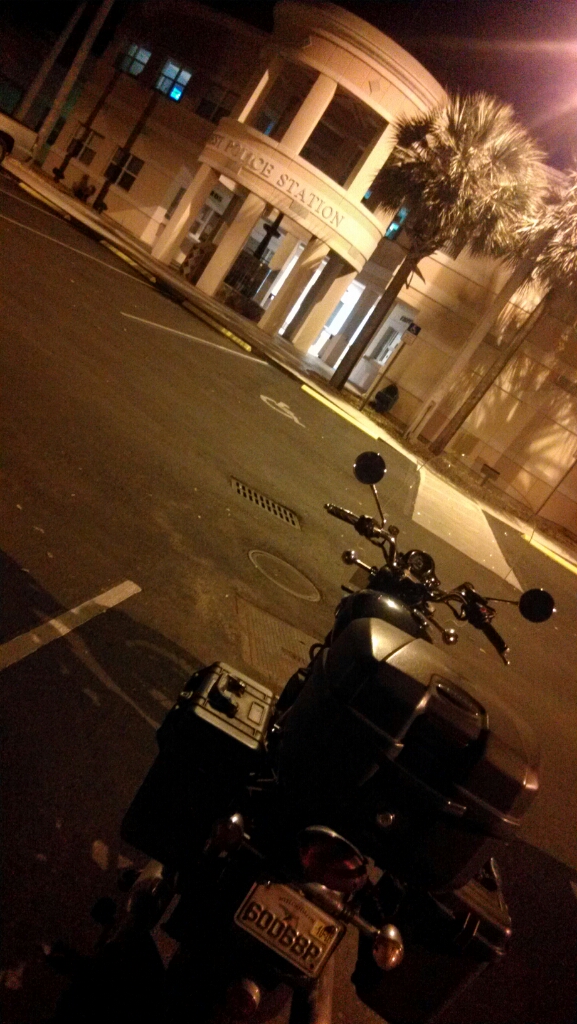 Not that I'm complaining mind. It was my shift's weekend to work, we alternate with Keith's shift week after week, and it was busy all night Saturday and Sunday with people drinking and getting mad at each other. It get's stressful even in dispatch when the 911 lines don't stop ringing and there aren't enough officers to go round and you have to sit there and figure which calls to hold and who can be pulled off one battery call to deal with another more urgent case. I went home totally exhausted both nights. Last night it was dreary by comparison, the only challenge was how to stay awake as the city seemed to have exhausted itself over the weekend. A few people fell off bicycles - on one night? Why then? Who knows... - and officers were catching up with their report writing.
"I want Sandy's," I announced to the room when Anna got back from her break at 2am. I wrote down the order so as not to be confused 1 sm choc, 2 large, one with 3 and one with 1 and 3 cheesebreads and off I went. First stop White Street to stand in line behind the insomniacs. 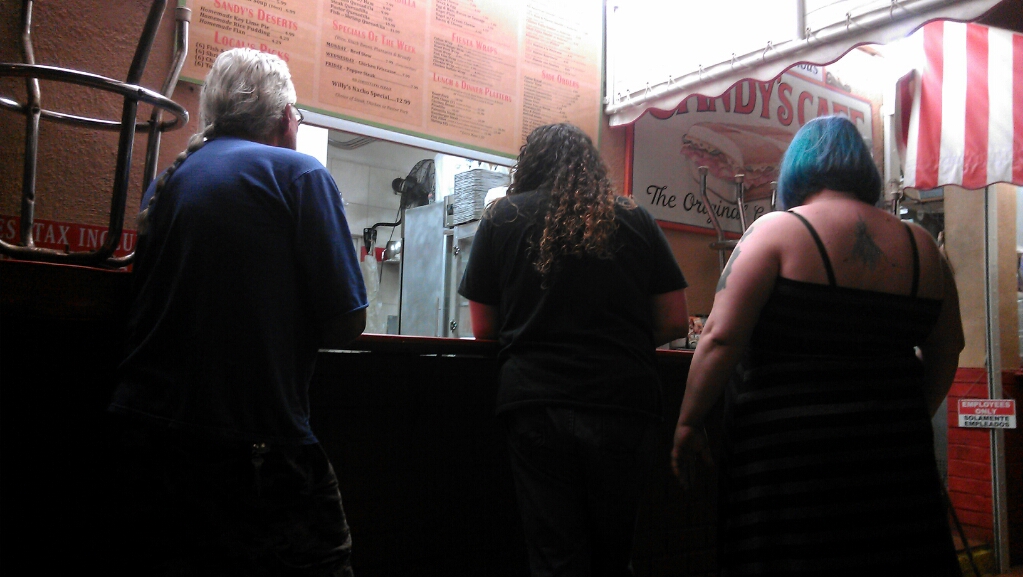 I put the order in and took off rapido down Virginia Street to get some cash...Luckily the little man in the machine is also an insomniac and he spewed out three twenty dollar bills on demand while I took the time to admire the deeply black sky overhead. 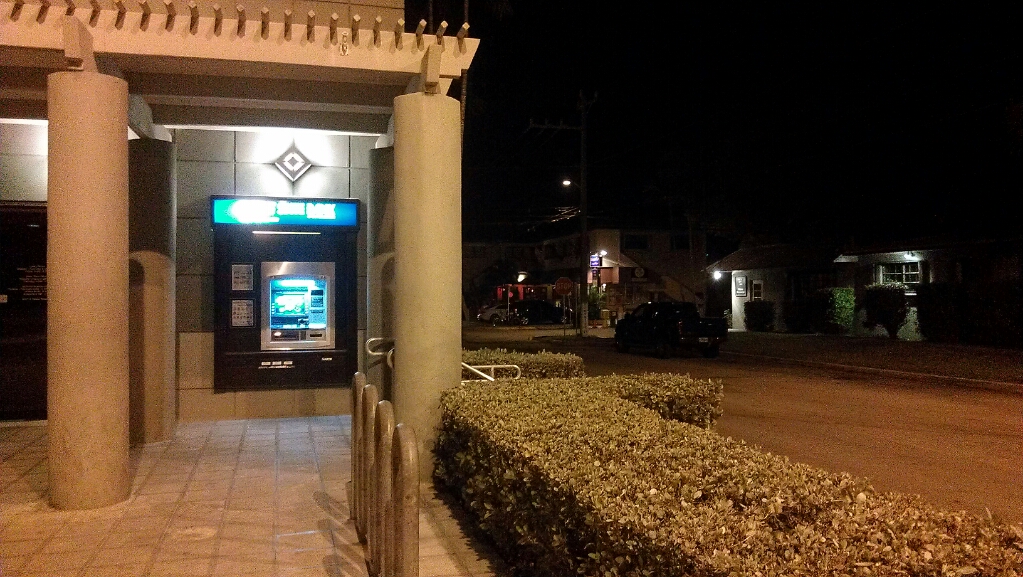 It was entirely warm enough to be out in shirt sleeves even though it had rained earlier in the day and it felt like a mild cold front had blown through town. So my laundry got wet on the line but Cheyenne, who had been suffering from the heat and humidity got a little perky. I needed my cafe con leche with one (sugar) to get that same perkiness after eight hours at work. 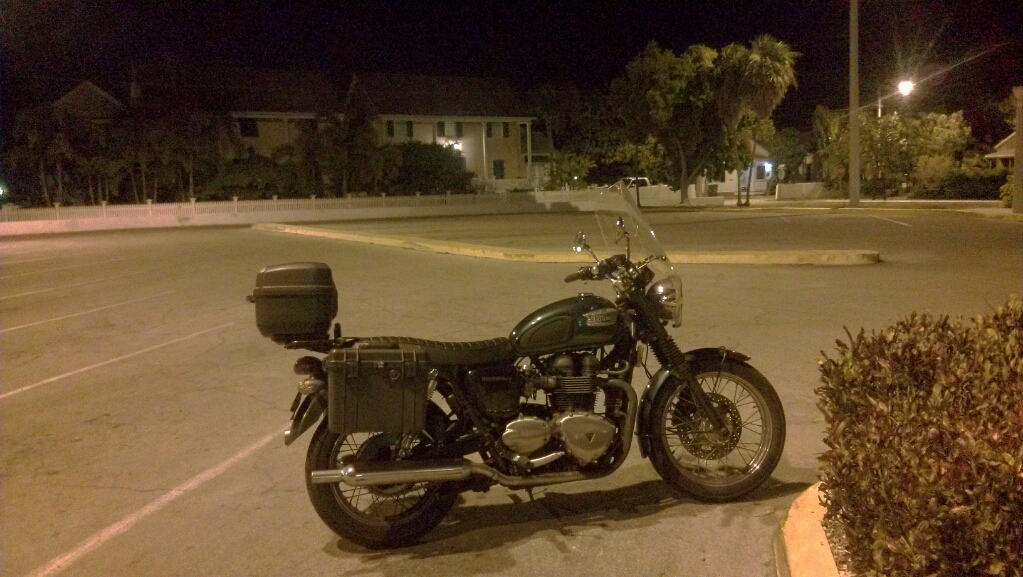 Riding my five hundred pound motorcycle through the streets of Key West one could argue 60 horsepower is more than one needs and I suppose if I lived in town that would be true. After work my 40 minute commute on the open highway justifies the bike. In a couple of weeks I'm taking my antique Vespa to Pennsylvania for a restoration and then I'll see if 15 horsepower is enough...I am quite looking forward to getting the P200's wiring replaced and getting it ready for daily duty. 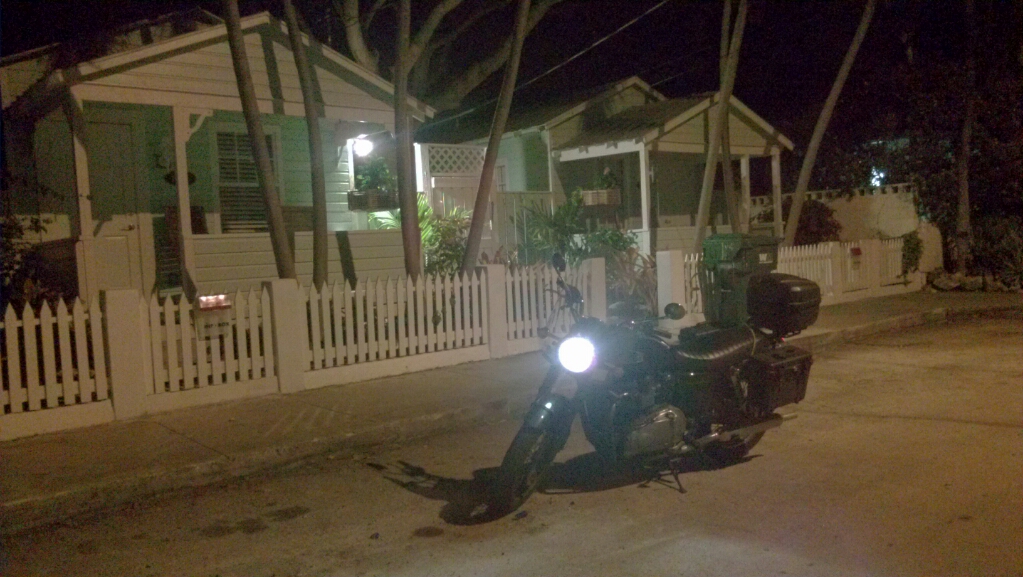 However the Bonneville is special. I'm getting up to 73,000 miles on it and it runs like new. I enjoy riding it as much as I did when I went for a test ride in Fort Lauderdale in October 2007, and riding the night time streets of Key West is it's own quiet pleasure. Quiet not least because I have the factory mufflers on it. Back to Sandy's where my order was ready and waiting as were Nick and Anna four blocks away. 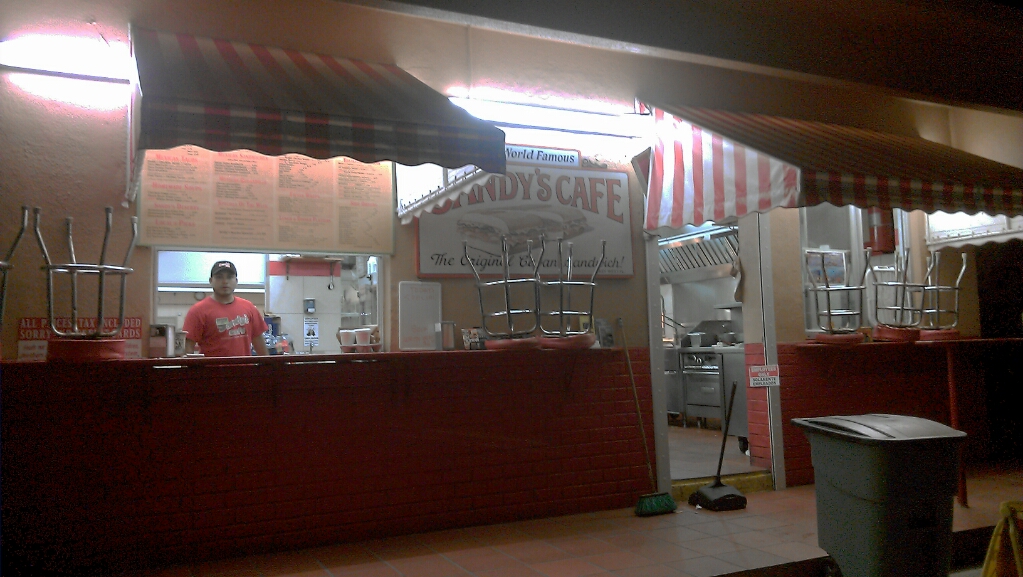 Back to the glow of computer screens, "Did I miss anything?" asked sarcastically as my colleagues looked up wearily from their efforts to keep themselves amused at 2:30 on a silent weekeday morning. Three and a half hours till we go home is the uppermost thought in our minds. For now coffee and cheese bread. 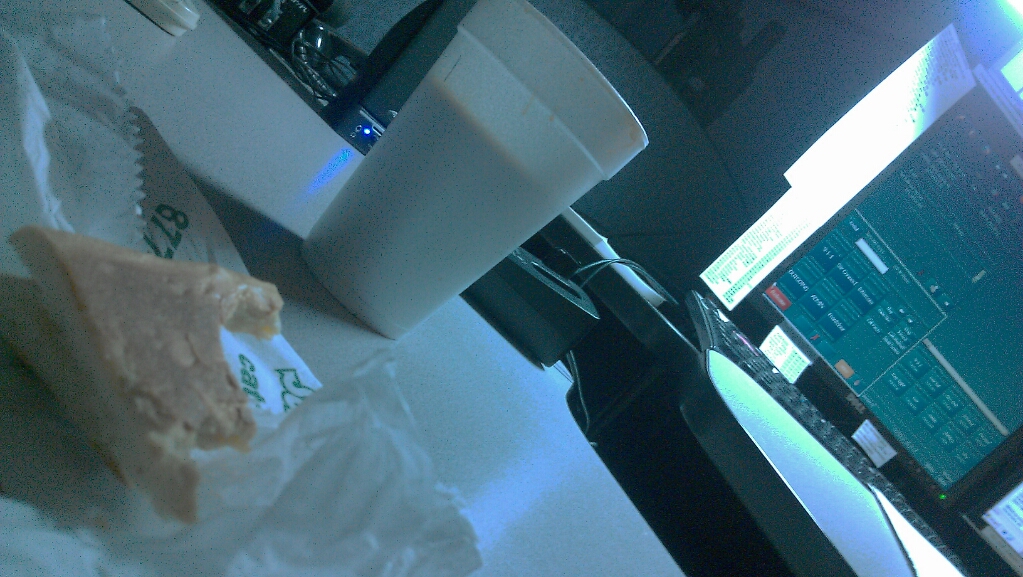 "I was just thinking about how much I wanted a grilled cheese sandwich," Anna remarked as she took the lid off her hot chocolate. "And now here it is." Cuban style, which is always best. Pity we couldn't stretch it out to last three hours.