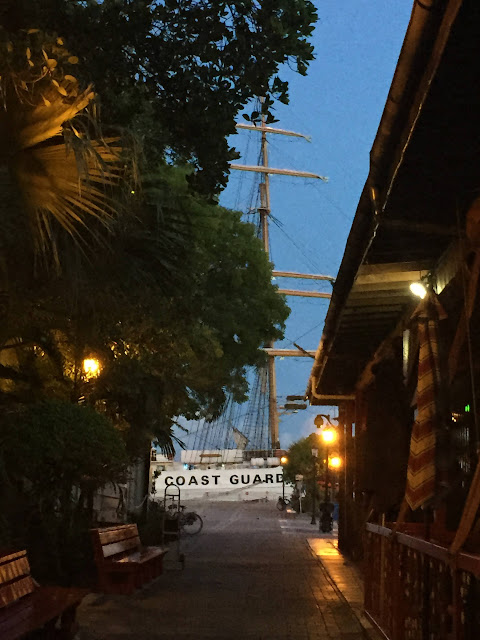 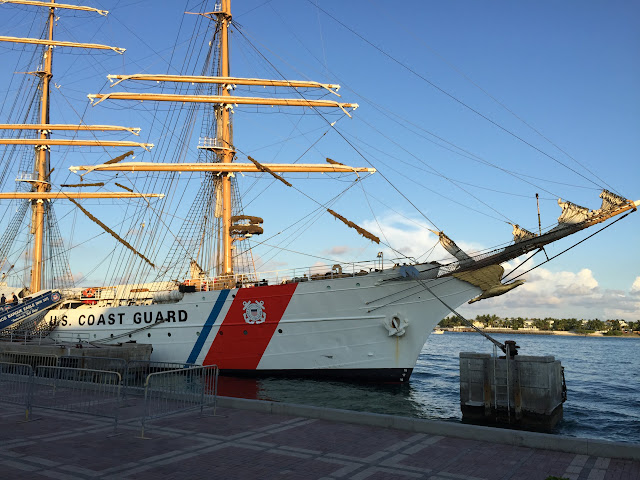 The history of this ship is  extraordinary not least because it was built in Germany in 1936 and named for the Nazi martyr Horst Wessell. After the war the US  figured it would make a useful reparation and nowadays all Coast Guard trainee officers have to serve on the ship climbing its eerily tall masts as part of their service. It seems they also have to hump boxes to keep the ship humming: 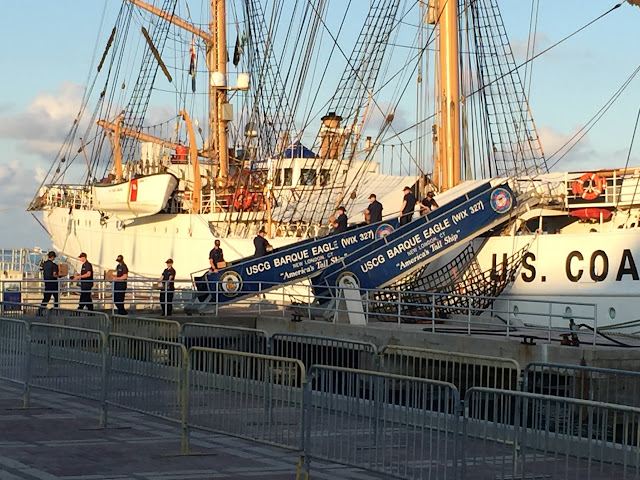 It got  a fair bit of attention and I wish I'd had the time to take a tour. Retirement will make my life a lot more interesting I think, if it ever comes. That or living on the streets... 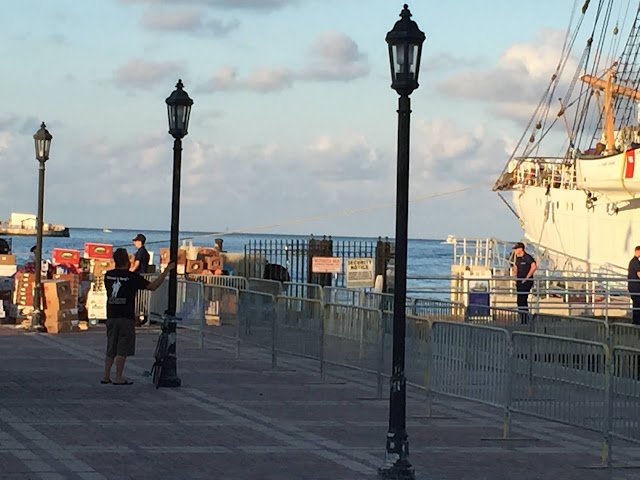 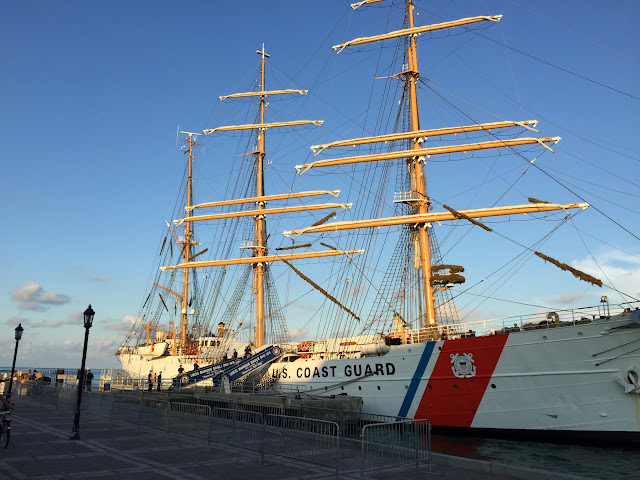 Speaking of visitors my wife's cousin came to stay a few days from San Francisco. Daiyu grew up in Thailand where she keeps a beach house and which to my shame I have yet to visit (damn that retirement!). She has lived in Michigan and even Tallahassee but has made her home in San Francisco where she married into my wife's family. She is not fond of California, complaining of the cold and the fog, the expense and the crowding.  She quite likes the Keys, a place that struck her as peaceful, simple and inexpensive. It's all a matter of perspective. 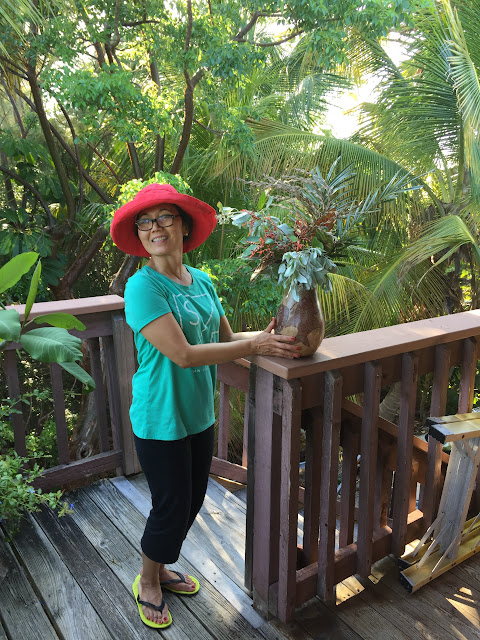 I found Daiyu carefully opening a garbage bag in the trash can and inserting the clippings from her flower arrangements into the bag inside the can. What are you doing I asked? In San Francisco she said, they fine you if you don't bag everything properly. Oh not here I said. They're grateful if you even make a half hearted attempt at trying to recycle. Simplicity is in the eye of the householder. She cooked Thai food for a bunch of friends and we spent the evening drinking Grappa and admiring the thunderheads glowing in the dark over plates of green curried chicken and pad Thai and ginger rice pudding on the deck. 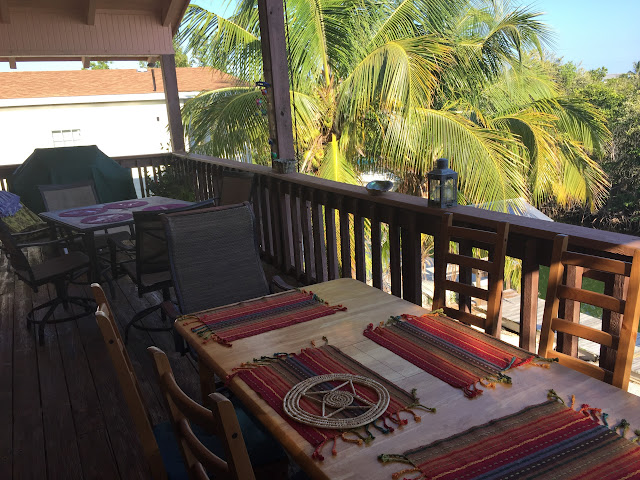 Then we went to No Name Pub because San Francisco friends told Daiyu it was not to be missed, all those dollar bills stapled to the walls. She liked the decor, she nibbled some wings and then she fell into a trance when a Key Deer put in an appearance in her life. It's not easy to spot but it's there in the picture: 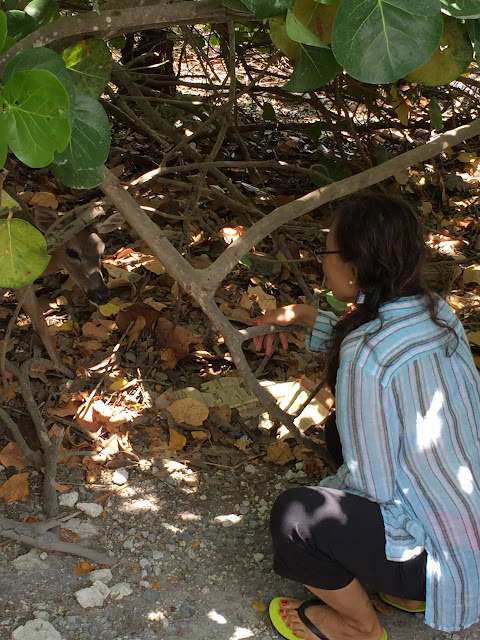 Sometimes it helps to get a clearer perspective on home when seen through the eyes of others. 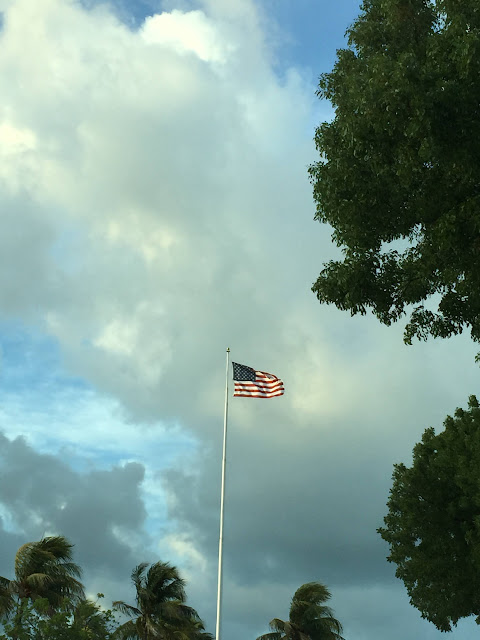