A sunny day and a skyline filled with frangipani and a flame tree in the background. A good day to be in Key West. 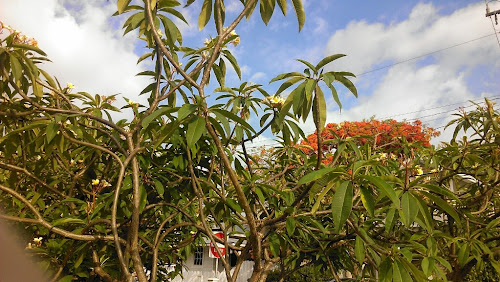 The signage was up all over the place on Duncan Street next to the late Tennessee William's home. 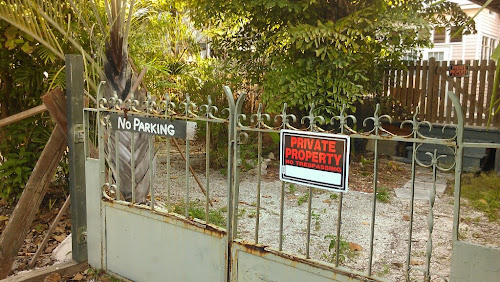 At first I thought it was his place judging by the title over the door but I think his was next door, in those days the playwright lived on the edge of town, if you can imagine. 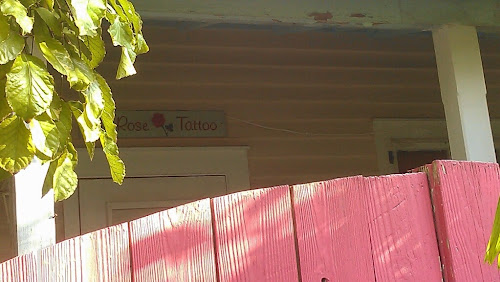 In what used to be fields we now have New Town where I saw a bevy of useful scooters, including the one with the ice chest on the back. Those are the one typically adapted to commercial delivery use, and very sensible they are too. 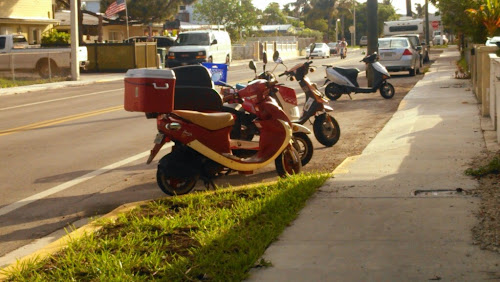 However the manufacturers are still trying to sell us their factory built delivery "trucks" like this massive model with room for several American-sized large pizzas in the box. I wish more communities would view two wheelers as useful tools. 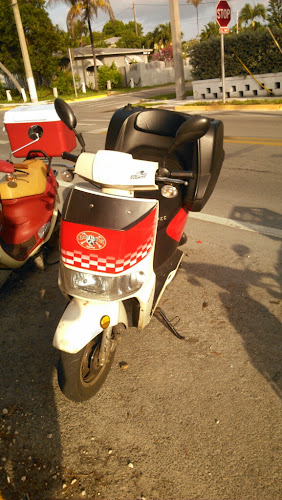 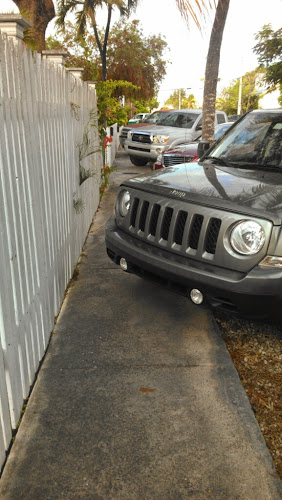 Parking is always a crisis in Key West and sometimes it seems like residents help to make it so. Check out some of these gruesome parking styles in New Town where pedestrians (like me) can actually find a real sidewalk to use. One has to be adaptable and...walk around. 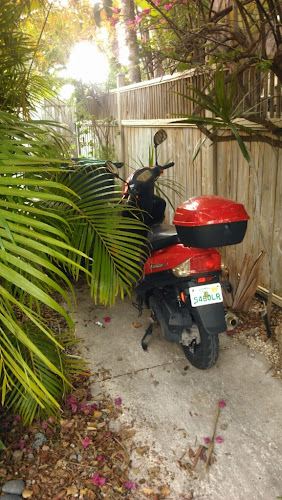 Selling a palm tree, says I to myself? No such eccentric luck I find out as its a boat on a trailer in the driveway that is actually on offer. ﻿ 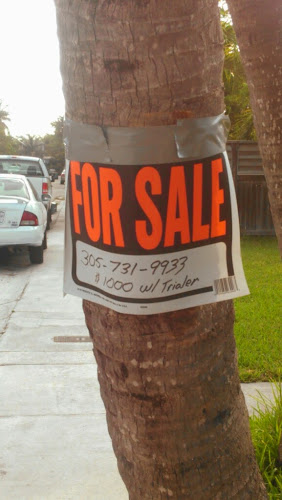 Of all the improbable and unlikely gate ornaments to come across in Key West...a lion holding a shield. Very Old World I'm sure. 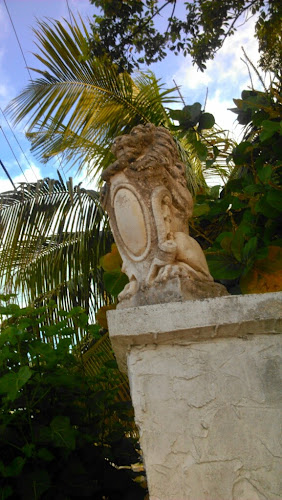 The Montessori school is identified by its rather cute benches. 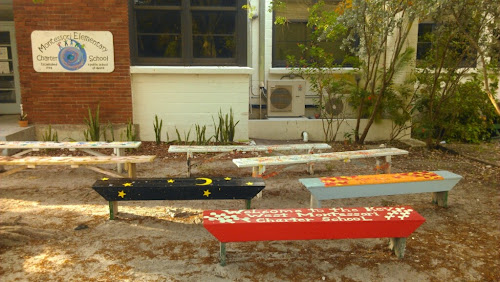 There is a tennis pro giving lessons at Bayview Park and he is identified by his shop. I would rather eat worms than play tennis, but it's my loss. 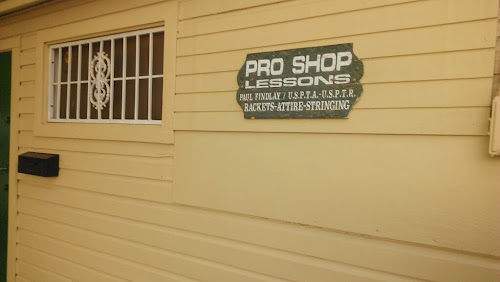 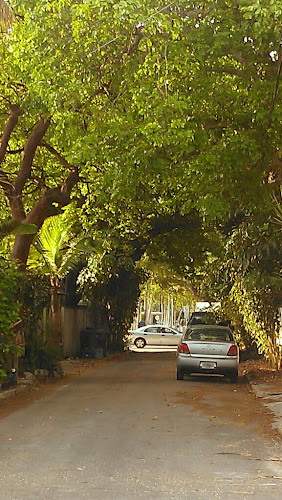 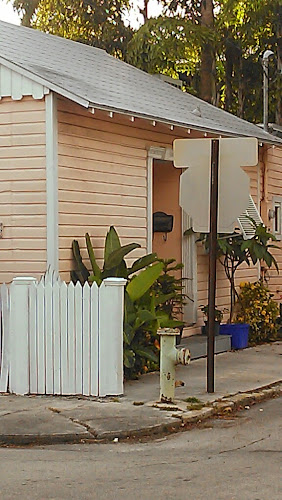 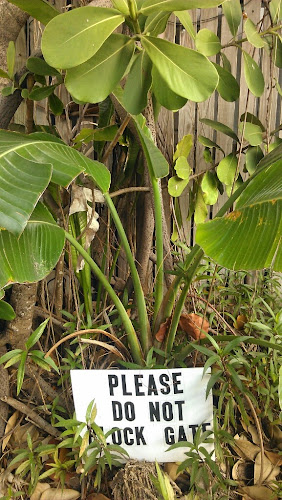 There was actually a gate to be blocked, but off to the side, making the sign a little less eccentric than appeared at first. I told you parking is a hot button issue in this small town. And below we see, in a parked Jeep a commercial plastic bottle of precious hydration fluid. God forbid we walk two steps without water. 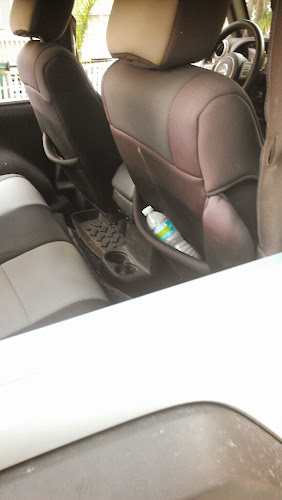 This small meadow is on Eisenhower at the site of a relatively new development with magnificent landscaping, much enjoyed by my dog (I had the usual plastic bag at the ready even though she didn't actually shit there. Thank you for worrying). 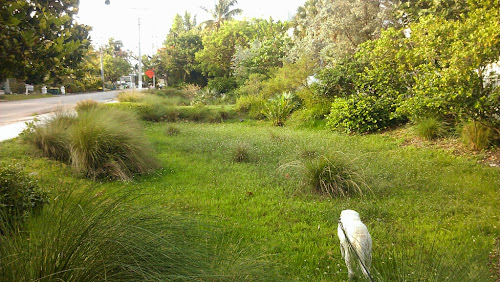 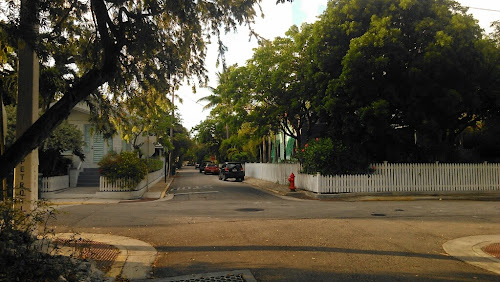 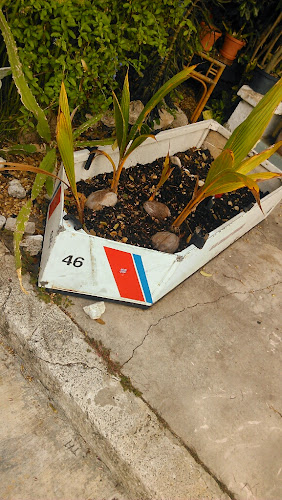 And a couple of covered cars, used during winter tourist season, now resting for the summer. 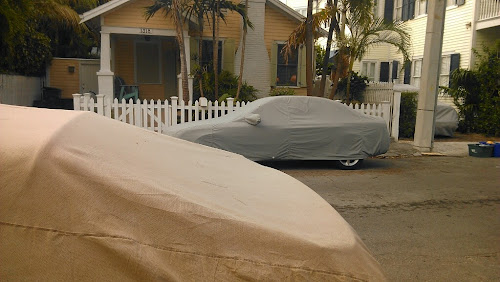 No wonder parking is a hot issue when part time residents essentially abandon their cars on the streets for a whole long hot summer. We should go north and park at random in people's suburban neighborhoods for the summer and see how they freak out. Oh well we are nicer than their neighborhood associations are, I guess.