One of my colleagues is a Navy wife and her husband is leaving the Navy in a few months so now they are both looking forward to going home. Yes she is sad to leave Key West, a little perhaps, but Sacramento is the draw and her family lives among the bull rushes and levees of the Delta, the waterways that surround California's capital. So joy at the imminent return of the prodigal sweeps across the tule fog and incessant traffic of California's Highway 99. 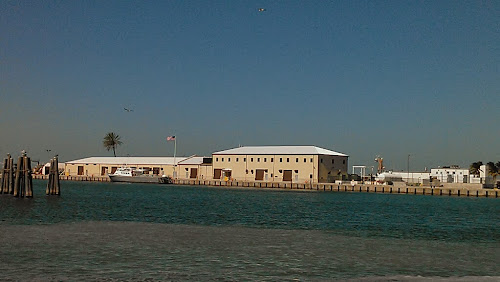 Federal jobs in Key West have their advantages, like regular pay and proper benefits but they also suffer from a certain degree of uncertainty as Uncle Sam may have need of your worker bee presence in some other part of the national system for which you work. For someone like myself, happily employed by a local agency, as long as I keep my job here I stay, as the Key west Police Department doesn't have sub stations in Dutch Harbor, Alaska, or Butte Montana. If you can, I say, get a local job. Unlike a relocated postal worker Andrea doesn't have to go, but she and Joe have decided Key West is too expensive and too distant to settle in. 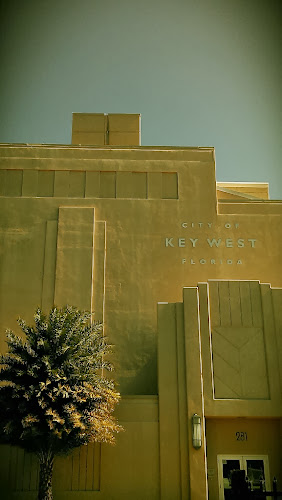 I don't have family in Sacramento though we do have friends raising children there. Oddly enough when we took off from Santa Cruz after wrapping up a few loose ends on September 10th 2001 we stopped in Sacramento for the night with them and enjoyed a pleasant moonlit walk on a levee making plans for the future and our forthcoming road trip back to Florida. Which plans as it happened did not include provision for the apparent destruction of lower Manhatten next morning when we woke up and it was already all over bar the recriminations. Our world had changed that night in Sacramento, as had yours. 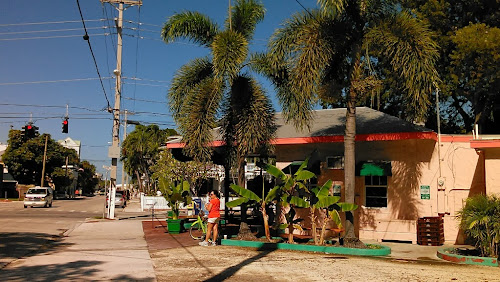 Thus when I think of a future in Sacramento I don't consider loving parents and uncles and cousins and aunts and all that as part of the equation. I think of the muddy brown waters of the ditches and canals of the Delta, dug to drain the land and make it good in the industrious 19th century to grow crops year round. I think of the awful heat of summer, and the biting damp foggy cold of winter, notorious fog banks that pile traffic into untidy heaps on the endless freeways of Central California. 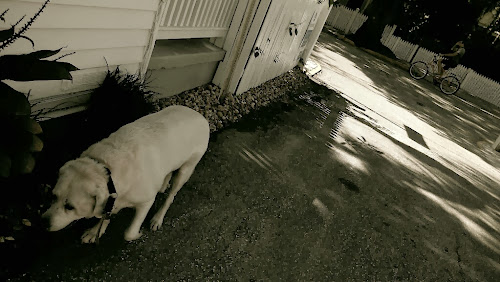 Awful heat sounds like a joke considering where I live but in the Keys summer rarely sees highs above 95 and even then the ocean breezes tend to help a little. I have seen temperatures in the hundreds in the Plains and also in the deserts of the southwest and Key west feels refrigerated by comparison. In the end. I suppose if it were just a question of weather Key West would thrash Sacramento hands down. Certainly we have more creative bums than most cities, seen here depicting the fatal scene from the Wizard of Oz: 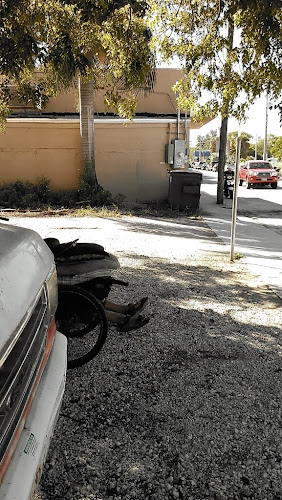 Andrea is looking forward to shopping in malls closer than three hours from home. She will escape the summer heat by visiting Lake Tahoe and Yosemite National Park, less distance from her new home than the Everglades are from her old. She will be close to wine country, San Francisco and if she chooses, snow skiing. Her cost of housing will drop, her taxes increase and her car will need smog checks. 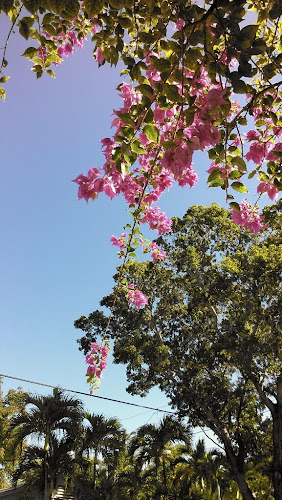 People come and people go from Key West all the time. It's a flow as natural as the tides, and for many life here was a disappointment, full of unexpected difficulties even though most of the hardships of life in the Keys are fairly obvious. Andrea doesn't ride a scooter so free scooter parking, ignored by this Vespa owner who might be viewed to have excessive attachment to his paint in a rough and tumble town; all that is of no consequence to her, and her car. 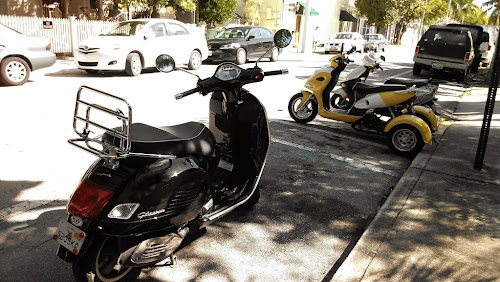 She is a woman half my age so I am not sure what drives her sense of aesthetics, and though Old Town in Sacramento is a charming tourist attraction, here Old Town is a thriving community of lived in homes. Some of them put bumper stickers on their palms with the apparently ironic message requesting we "Renounce Greed" but hey, this is a town where having an opinion is de rigeur. Some might see it as greedy to keep a winter home here for use a few weeks out of the year but still...simplicity is a moving target for those of us trying to grasp it! 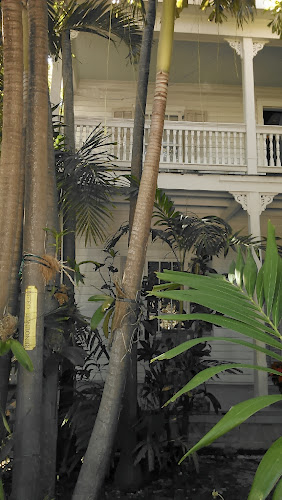 I know Andrea likes to eat out as this topic is frequently discussed at some length during those hours we have worked together and the phones haven't been ringing. I am not sure she will be ready to drive two hours in any direction for dinner but Northern California is the epicenter of the North American world of foodies. A small town like this one cannot hold a candle to those choices, though Key West does well enough for me. 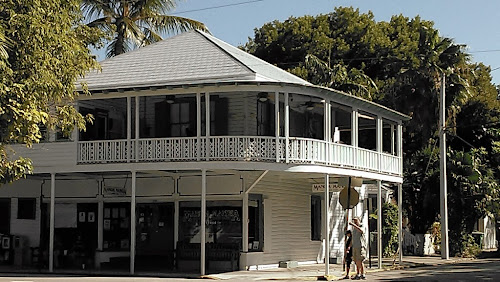 I told Andrea, as she mused about what sort of dispatch job she might get, to look into campus police dispatch at the University of California, as she will be in a town close to the intellectual influence of UC Davis, where not only would dispatching be less intense, but also where the stimulation of university life will spill over into hers if she wants it. I do miss living in a university town...even if we have the bicycles to look like we are one. I'd like less alcohol and more intellectual rigor. At least I think I might. 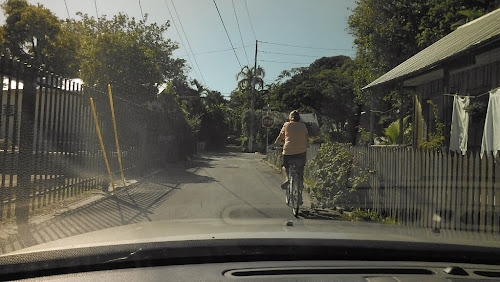 Her car is for sale, she has tickets to fly west to look for housing, her last day will be on us before we know it, around St Valentine's Day, and one more former colleague will become 'what's-her-name...the one who went to live in California...' So many dispatchers and trainees have been through our communication center in my nearly ten years I am starting to feel like the survivor of a prolonged catastrophe, a veteran of trench warfare, or a bubonic plague to which most others succumb. Perhaps that's the worst of living in a transient town and liking it, not everyone else does, forever.